... yes, the one who loves hockey but doesn't give a rat's ass about Olympic hockey. My son's were so pumped when the USA beat Russia a week or so ago [edit: and so pissed about losing on Thursday!]. And yes, I'd rather see us win than lose, but puleeeeze don't compare that win over the Russians to the Miracle on Ice. It's all just NHL guys playing in different unis. And that leads to my other gripe. The NHL season was just getting interesting. We had the outdoor games which I loved. And my Rangers were finally getting it into gear and then :::poof:::, it's Croatia versus Carjackistan.

I know it used to be our amateurs against the Soviet Bloc's pros but that's what made it so cool when we won. Let's put out an amateur team again. Yeah, like that's going to happen. Well, maybe if the rumors that the NHL will not send it's players to the Olympics in four years pan out I'll be happy.

Here are two NHL cards I like. Something old and something new(er).

Tkaczuk was really just getting his career cranked up when I moved from Jersey to Houston for the second and final time. He played his entire career with the Rangers and centered the "Bulldog Line" with Bill Fairbairn and Dave Balon. He wasn't a high scoring center but played a good defensive game and played pretty physically. 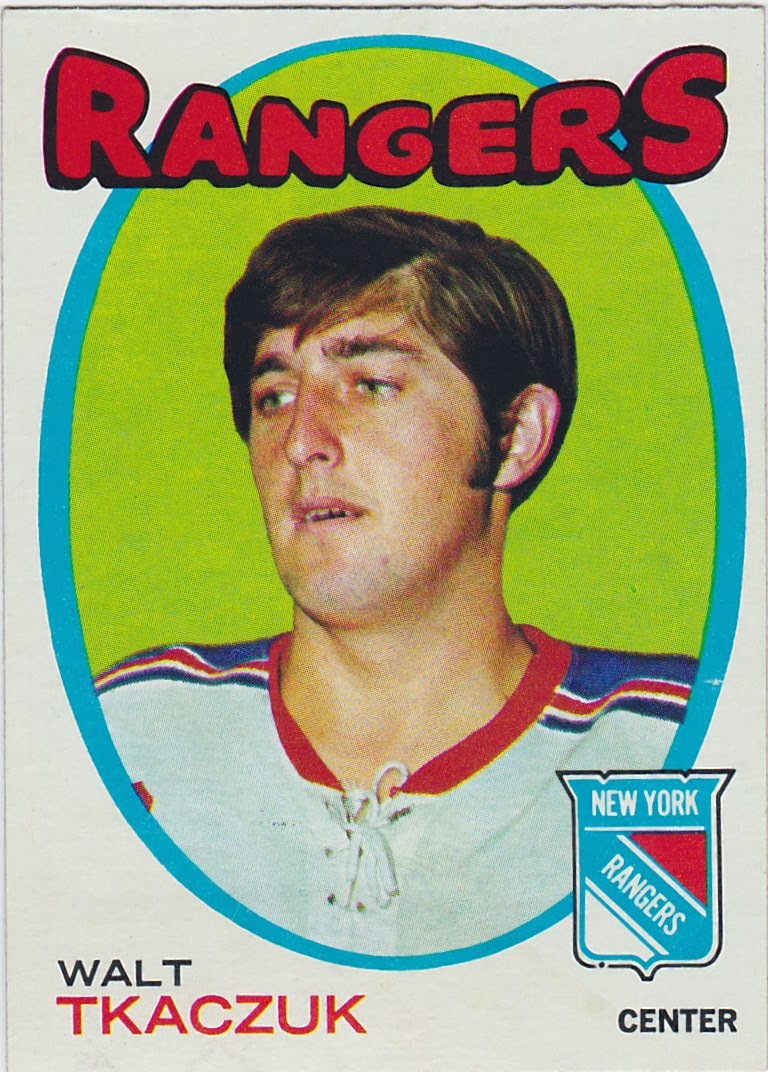 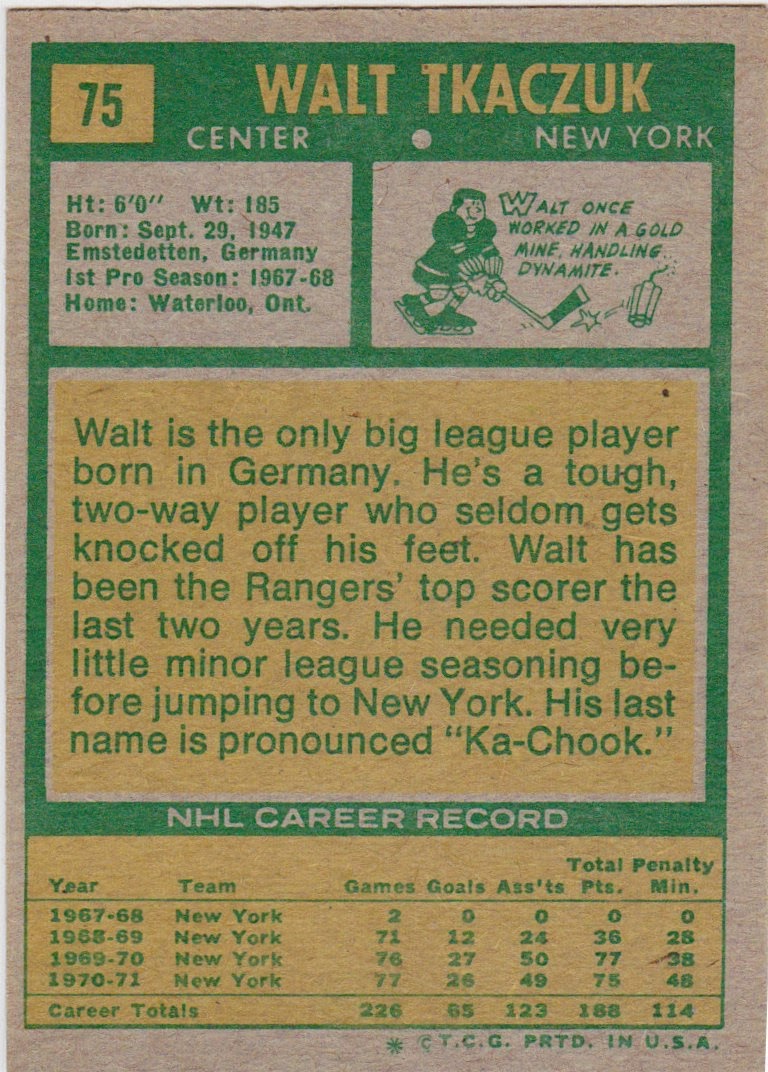 Next up, my favorite current Ranger skater, Ryan Callahan. It's an Upper Deck rookie card of some sort from 2007-08. I like it because it's Callahan and it has the Rangers' shield logo but it is kind of 'busy', isn't it? Anyway Captain Cally has been the subject of much trade talk in the weeks leading up to the break but he was performing as well as he has in quite awhile and I sure hope he stays put. 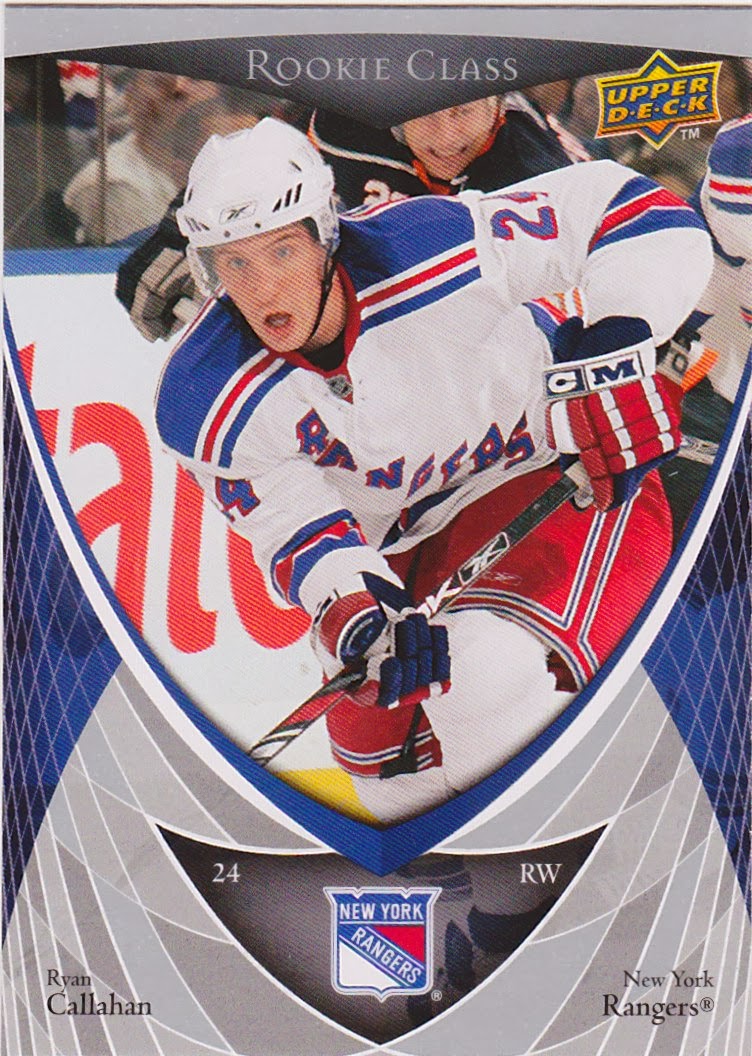 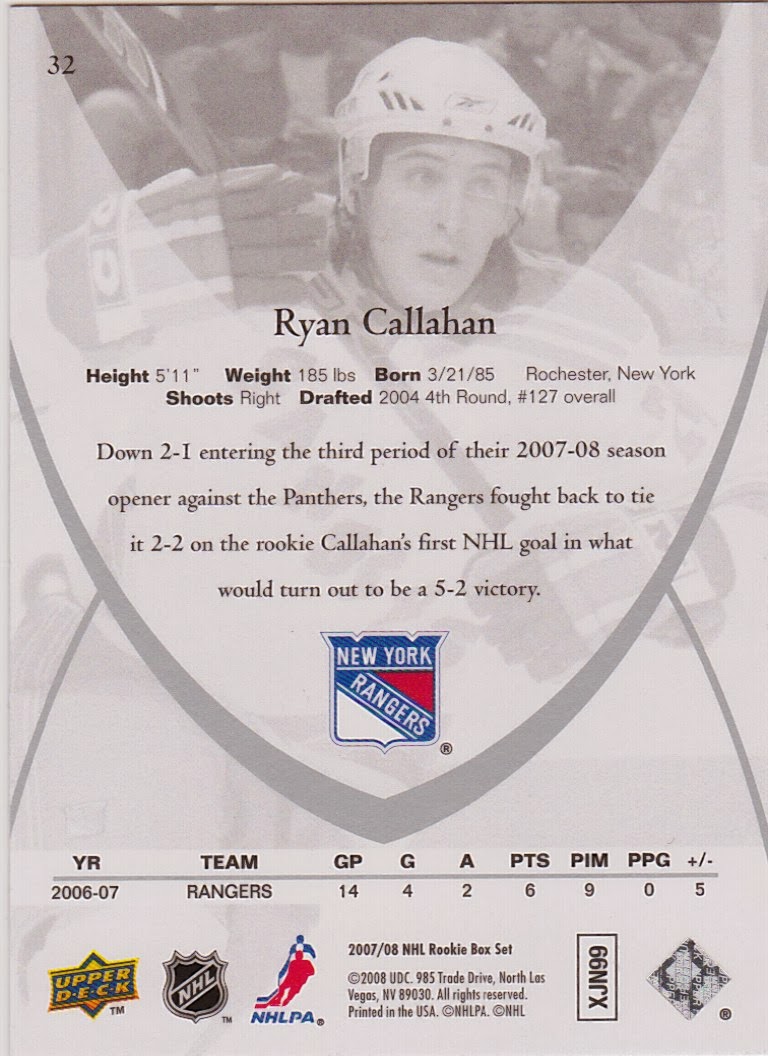