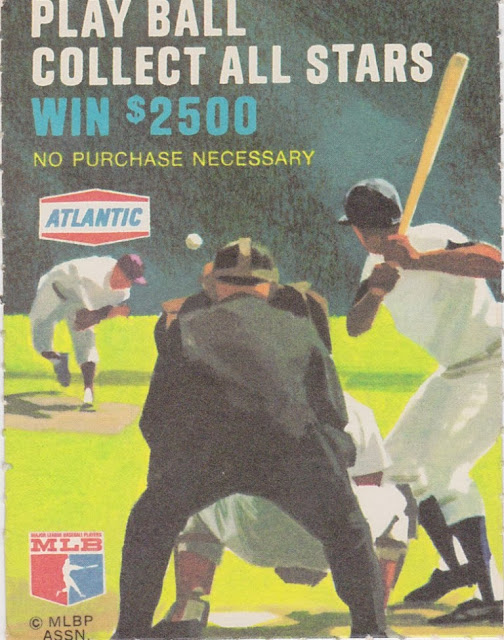 These cards were issued with fuel purchases at Atlantic gas stations in 1968. There 60 in the set and they came in pairs that were issued in the form of a 'booklet' sort of arrangement. The baseball scene was on the front and the rules/regulations on the back. The edges were perforated and removing the border allowed you to separate the cards to see who you got.

There were a total of 60 players split between the two leagues with NL players getting blue bordered cards. These are the three Orioles I have but there was a card issued that featured Andy Etchebarren that is more difficult to find. The idea behind these is that certain combination of numbered pairs were good for a cash prize.  The fine printed details are on the card-back shown below.

They were licensed by the MLBPA but not major league baseball itself so the logos are airbrushed out.

The pictures used were also seen on the Dexter Press 5x7's and Starliner 'stickers' that I showed in this post. But the Dexter Press items were licensed and the logos were seen. (Those Starliner stickers show the logo but they are a rogue product). 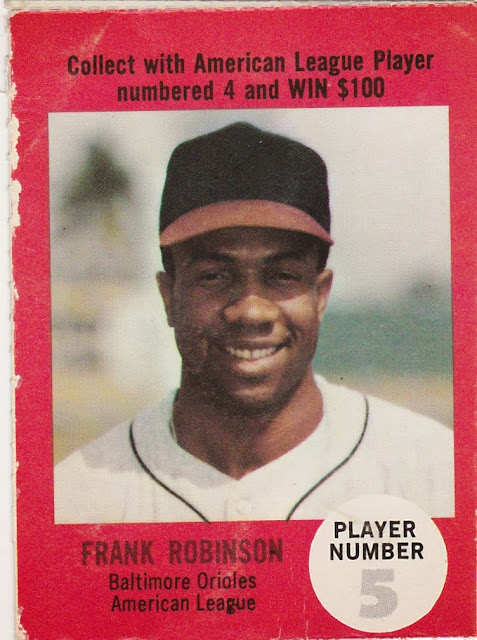 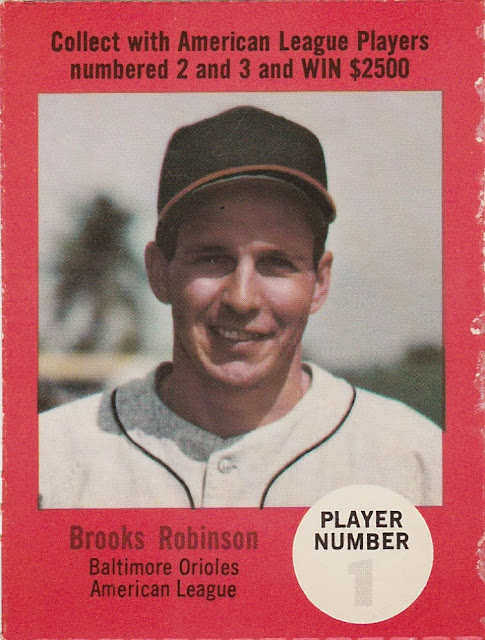 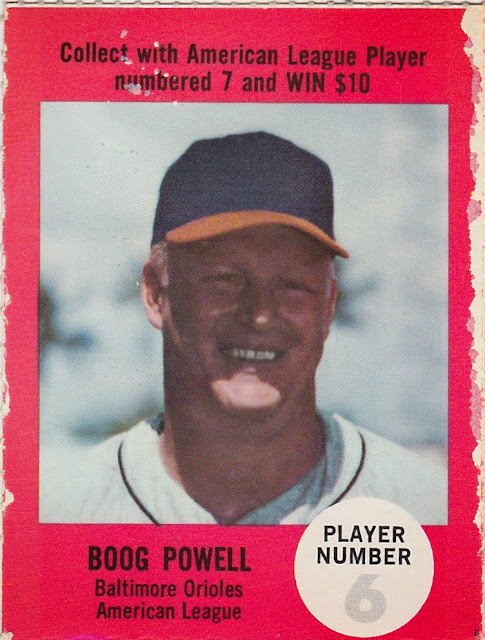 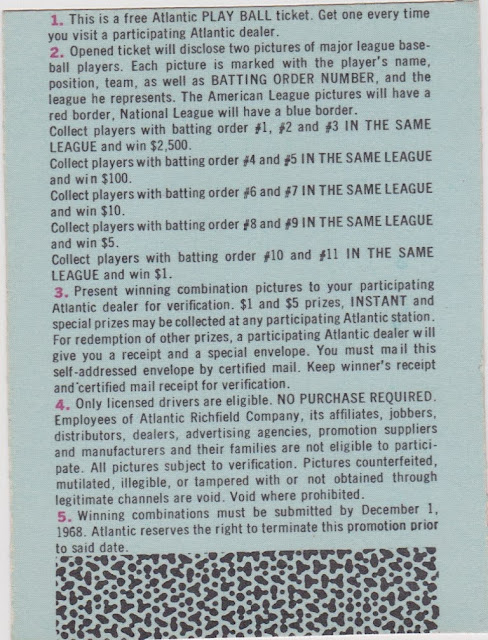