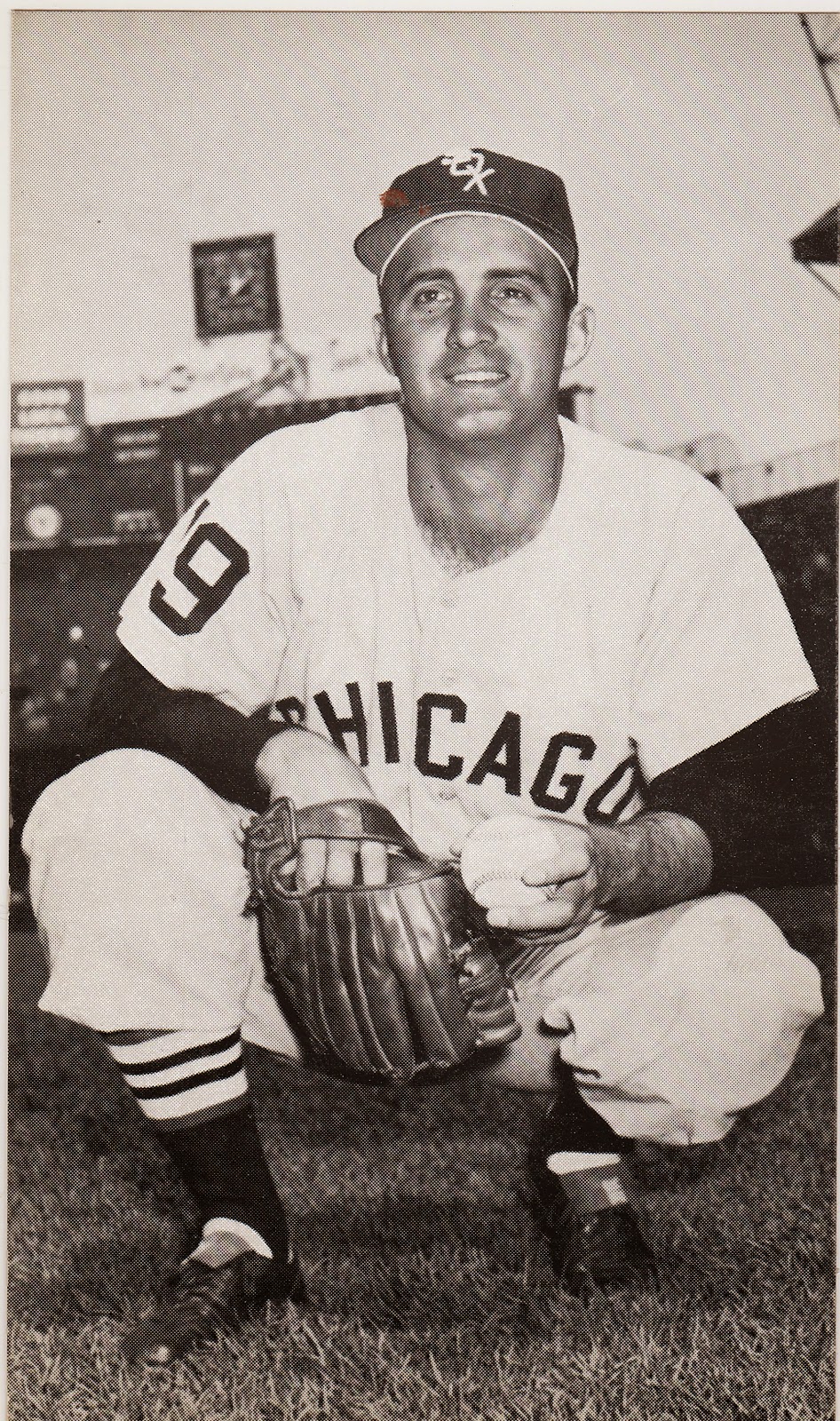 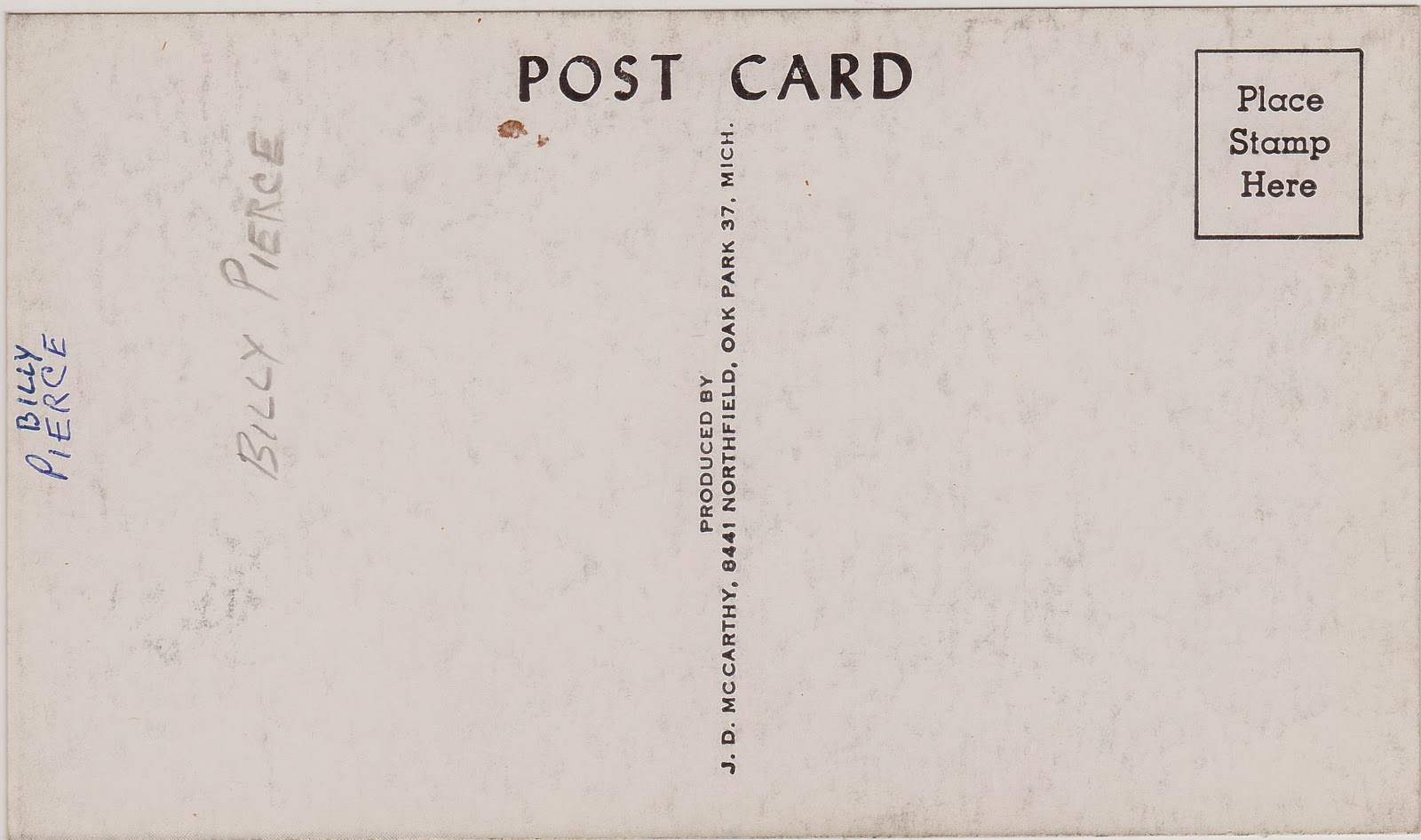 I'm really fired up about picking up this one. It came up on eBay out of the blue a couple of weeks ago. I've browsed through all my various Billy Pierce related 'Saved Searches' on eBay dozens of times and had never seen a Pierce postcard outside the 'Exhibit' cards. I had no idea that anything like this existed since I hadn't seen one on Pierce checklist. I should have figured that there was a JD McCarthy card out there.

He published postcards of everyone short of ballpark ushers during his heyday which ran from the early '50s through the 70's. He has some that date from the early 1980s as well. And he had cards of players in all the major sports but his baseball cards are the most widely seen.  He was based in Detroit and most of his shots were taken in Tiger Stadium. I'm almost certain that the Pierce card shows that great old ballpark in the background. The address on the reverse shows a two digit postal code which means that it was published prior to the use of the five digit Zip Codes which were introduced in 1963 I believe.

I'm a big fan of these McCarthys and I've posted some of the ones I have in my collection previously, but this one is instantly my favorite!

And as cool as it was to stumble across this card I was doubly amazed to find a different Pierce postcard on eBay within a day or so. That one should be arriving any day now. The seller assured me that it has a 'postcard' back although his picture showed only the front of the card. I'm hoping he's right. Two new and unexpected Pierce items along with three PWEs in a matter of two days last week have got my hobby juices going again.
Posted by Commishbob at 6:30 AM