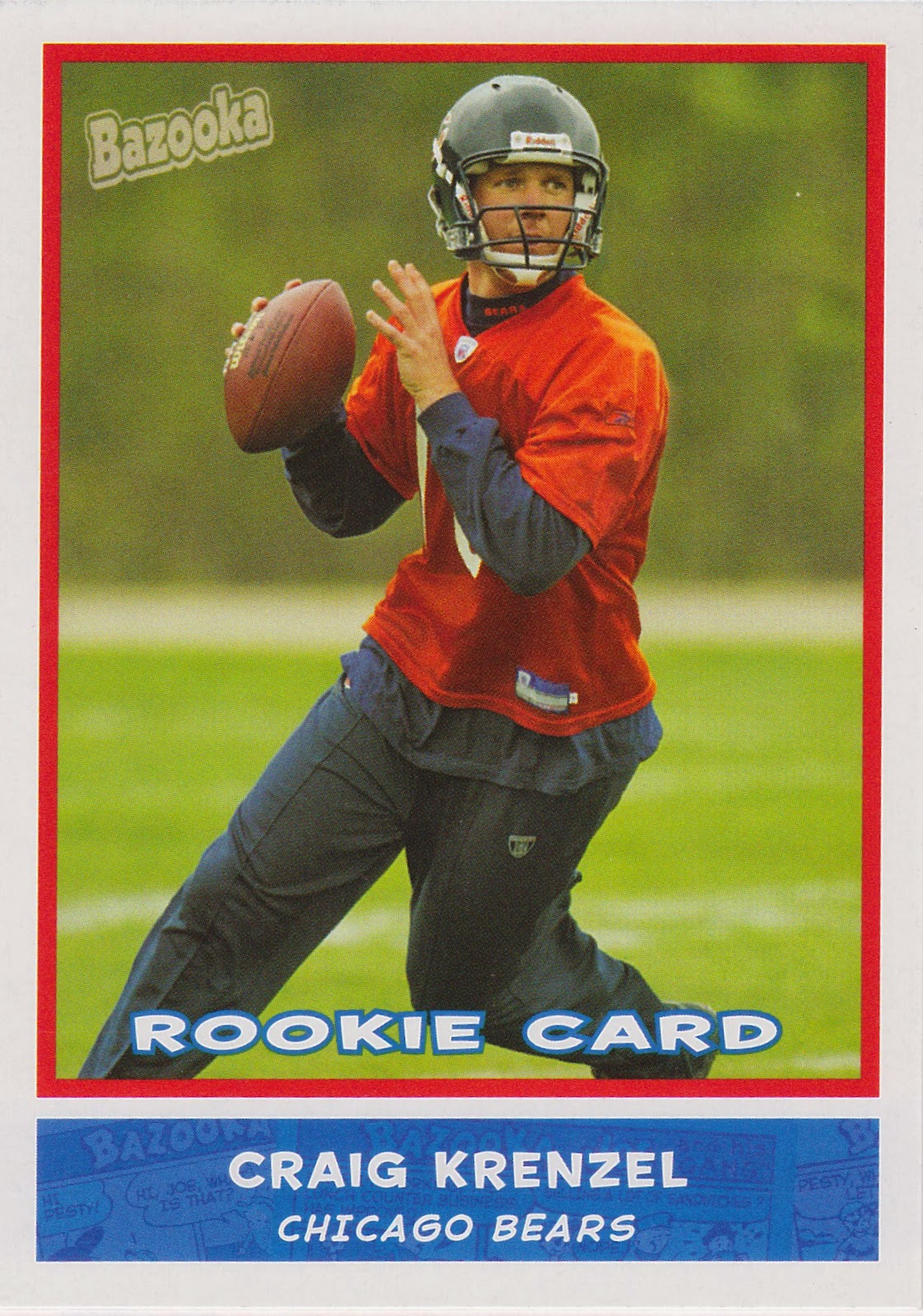 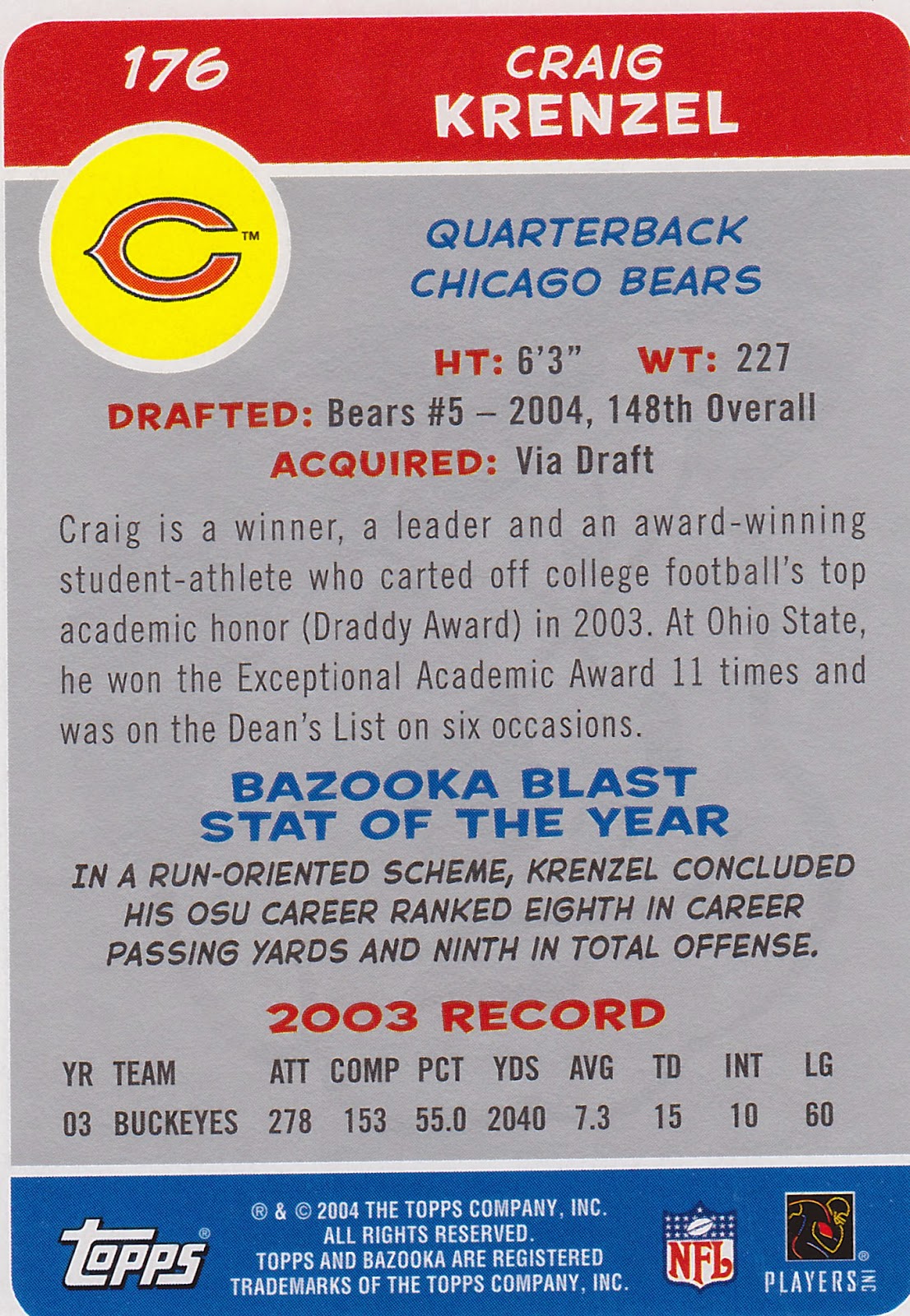 NFL Info: Craig Krensel came out of Ohio State in the 2004 draft after a college career that saw him go 24-3 as a starter and lead the Buckeyes to the 2002 National Championship. And, from Wikipedia:

Krenzel graduated from The Ohio State University with a degree in molecular genetics and a GPA of 3.75. He did research as part of a selective oncology laboratory at the Ohio State University Medical Center. Krenzel was named a First-Team Academic All-American and Academic All-American of the Year, and received three Academic All-Big Ten awards, the Today's Top VIII Award, a National Football Foundation Hall of Fame post-graduate scholarship, Sporting News' Socrates Award, and the Draddy Trophy.

Krenzel was part of a revolving door at the QB spot for the '04 Bears. He made five starts and was 3-2 in them with three TDs. He was 3rd string for the Bengals in '05, didn't see any action, and the left the pro game to broadcast  OSU games and co-found an insurance business.

Fantasy Impact: None. I had eight different QBs on my 2004 team. I think that may be my own team record. Krenzel passed through for one week after a waiver claim during his tenure as the Bears' starter and then I cut him.

The Card: This is the only Bazooka card in my fantasy team collection. I'm pretty sure I added it the year I had Krenzel on my team and it likely was the first one of him I found online because the others I saw when I google'd the images of his cards today were better looking cards for sure. But I'll keep this one in the binder because, well, it's Craig Krenzel, and I owned him for a week.

The card itself is fairly ugly and it looks like exactly what it is, a card from a set geared towards kids. The write-up reflects that and overall it looks like a card done on MSPaint that took 20 minutes. In other words it's a card that would fit right in with my own crappy 'home-brewed' cards.