The Joke Is On Me 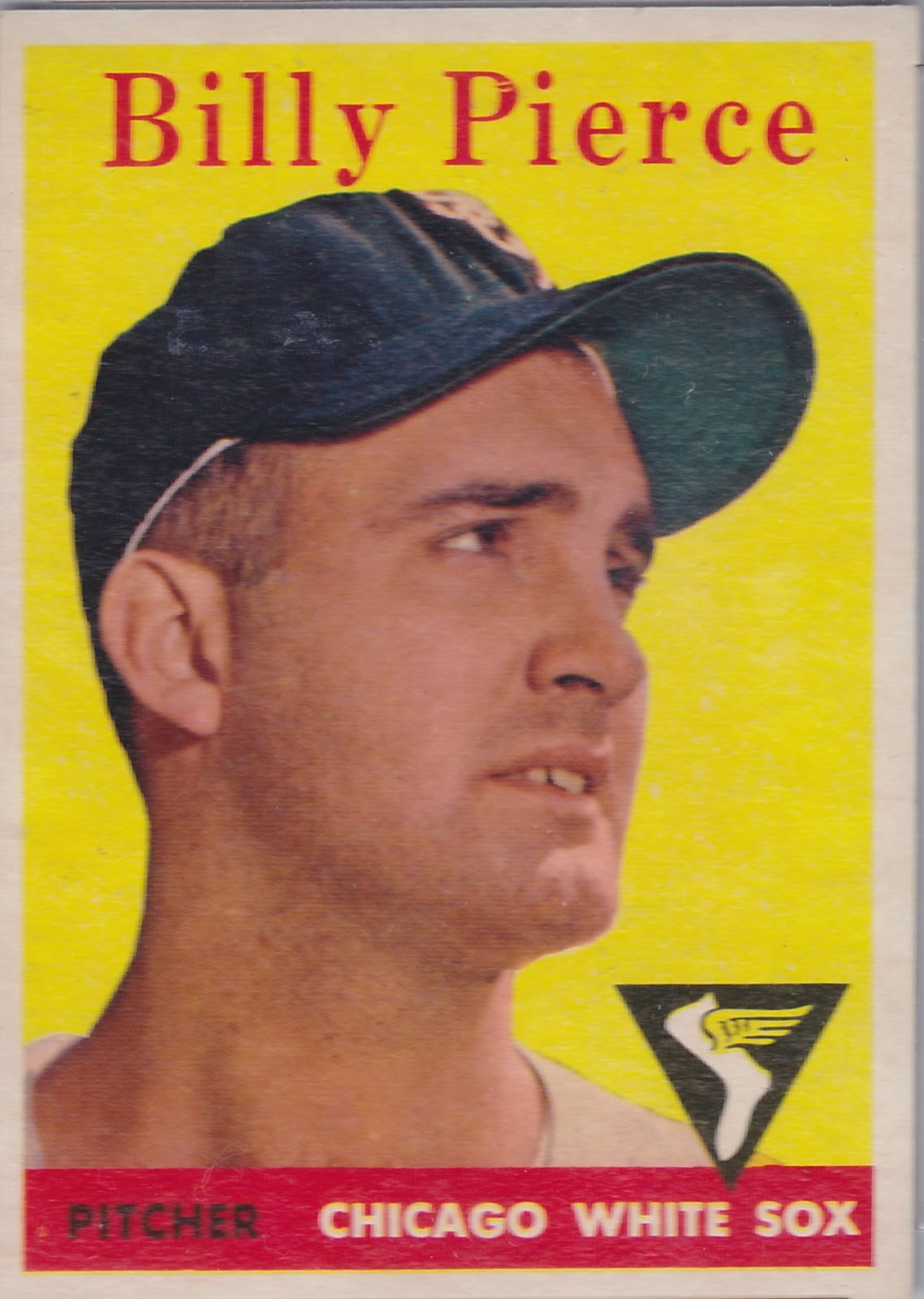 I've had the 1958 Billy Pierce Topps 'yellow letter' variation on my radar for quite some time. Have it as an eBay 'saved search' with email alerts and check other sites for it periodically. (Raise your hand as soon as you see where this is going.)

I woke up to an email a few weeks ago that said a 1958 Pierce variation was newly listed. On my phone, and still half asleep I followed the link to the listing and saw that the BIN price was lower than any I'd seen for the card, and it was graded (granted, that means little) so it had to be fairly nice. I went ahead and bought it and marked it as 'pending arrival' on my wantlist.

One problem. It wasn't the 'yellow letter' variation. The seller had it listed as 'white letter variation' and my search picked up the variation part of it along with the other basics. I just whiffed on looking at it real close.

It's really a nice card, far nicer than the '58 Pierce I already had, but it doesn't fill that long time hole in my wantlist. I scanned it in the holder and I'll be cracking it open pretty soon and adding it to my Pierce binder. The image at the top is a cropped version of the one below.

So I'm still on the hunt for the yellow letter '58 Pierce. And I have nobody to blame but me. As the old school book promotion said: "Reading Is Fun-dimental!" 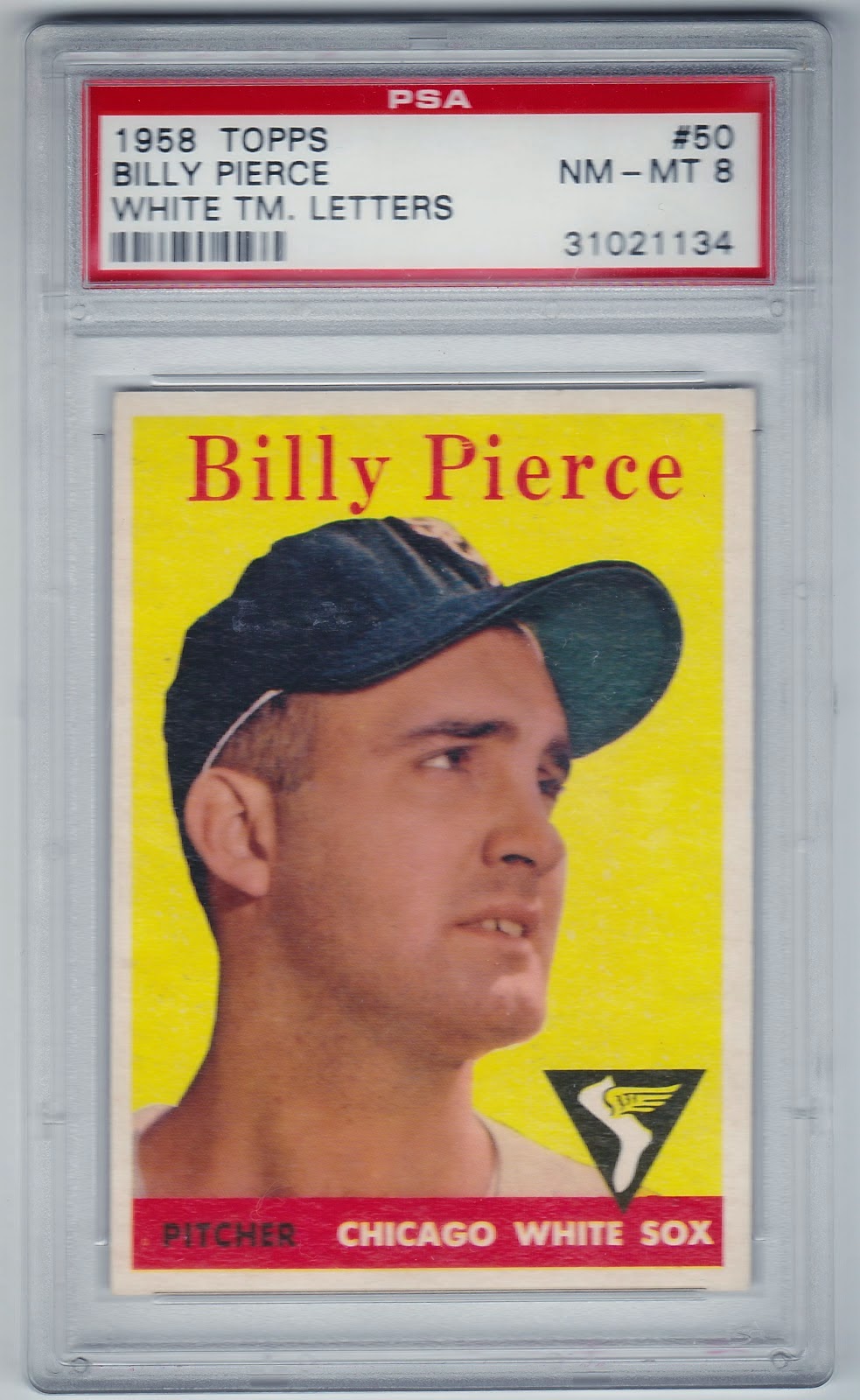 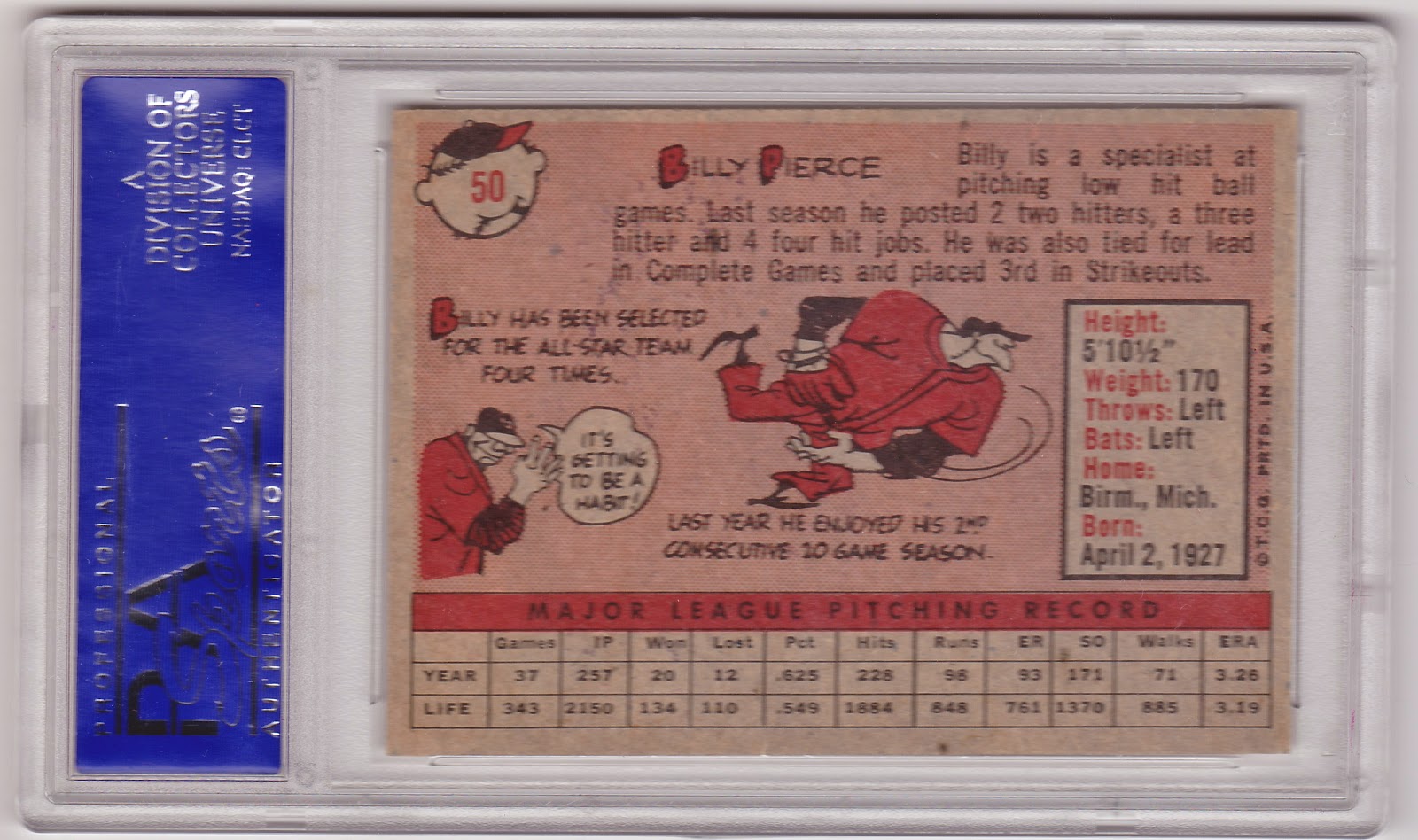