I received this terrific group of Orioles in the mail from Fuji over the weekend. He sent even more vintage Colts football cards and I'll get to those soon in another post. But I want to show off these today.

First up is a group of 10 1975 Topps minnniiiiiiiis(©Night Owl, all rights reserved). There are some happy O's in that group! Well, maybe not Bob Oliver but he was an Angel in that shot, airbrushed into Orioles gear. He only spent three weeks with the Birds in September of '74 so his glumness can be excused.

My favorite of the bunch is the Elrod Hendricks. Love the old school 'catcher with no gear except a glove' pose. I don't have many of the '75 minis, even among my Orioles collection. I have the regular '75 team set but other than Brooks Robinson's card and one or two others I've needed to fill out the team. I think I have the Northrup so the rest of these are going to come in real handy. Fuji sent the team card as well. 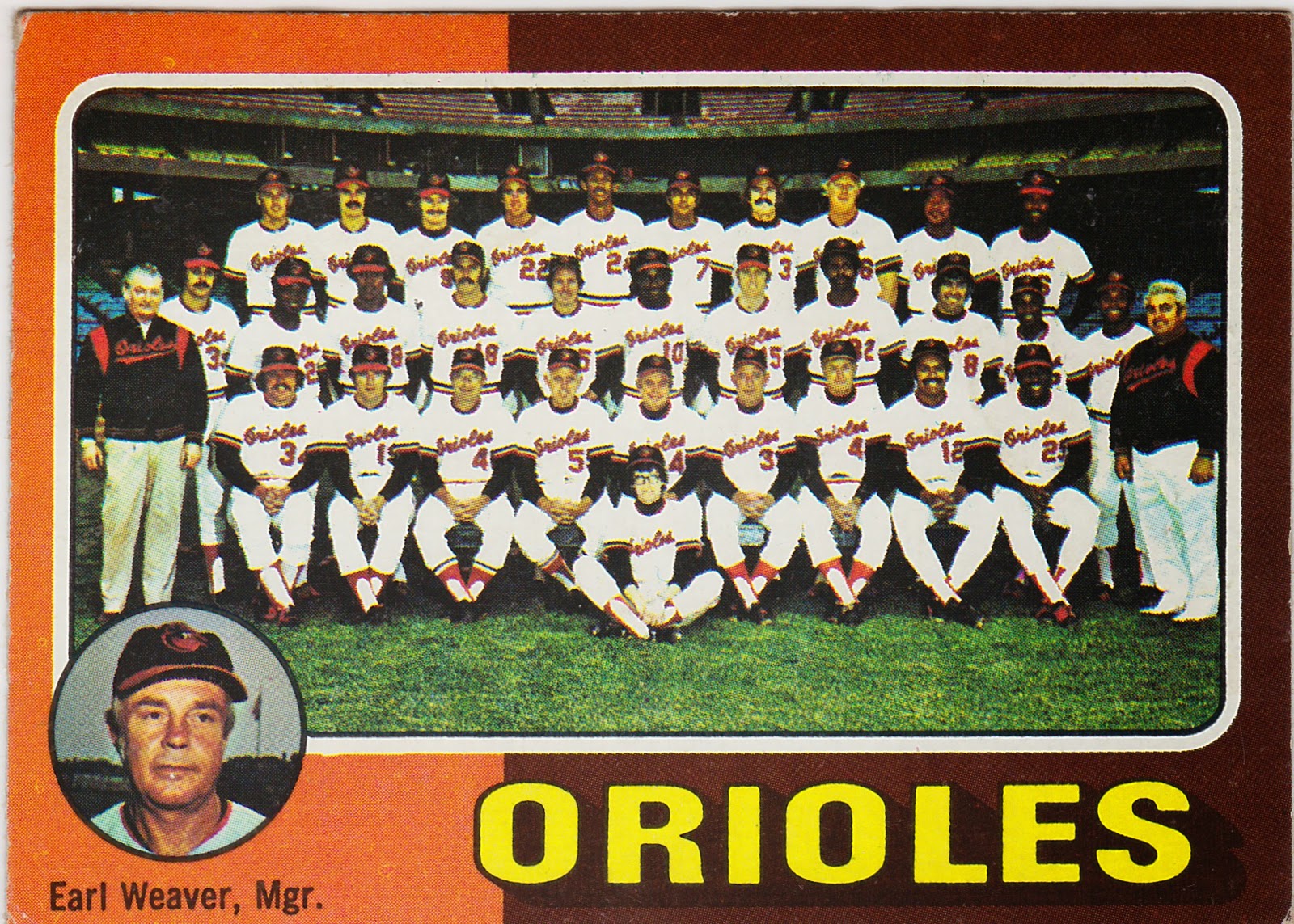 The rest are new-to-me 90s Orioles. Here is a shiny Mike Mussina. I know I'm supposed to hate the guy but I can't. I'm too old to worry about hating baseball players. I liked watching him pitch as an Oriole and I wasn't following the game by the time he jumped ship to New York so I collect his cards when the come my way. 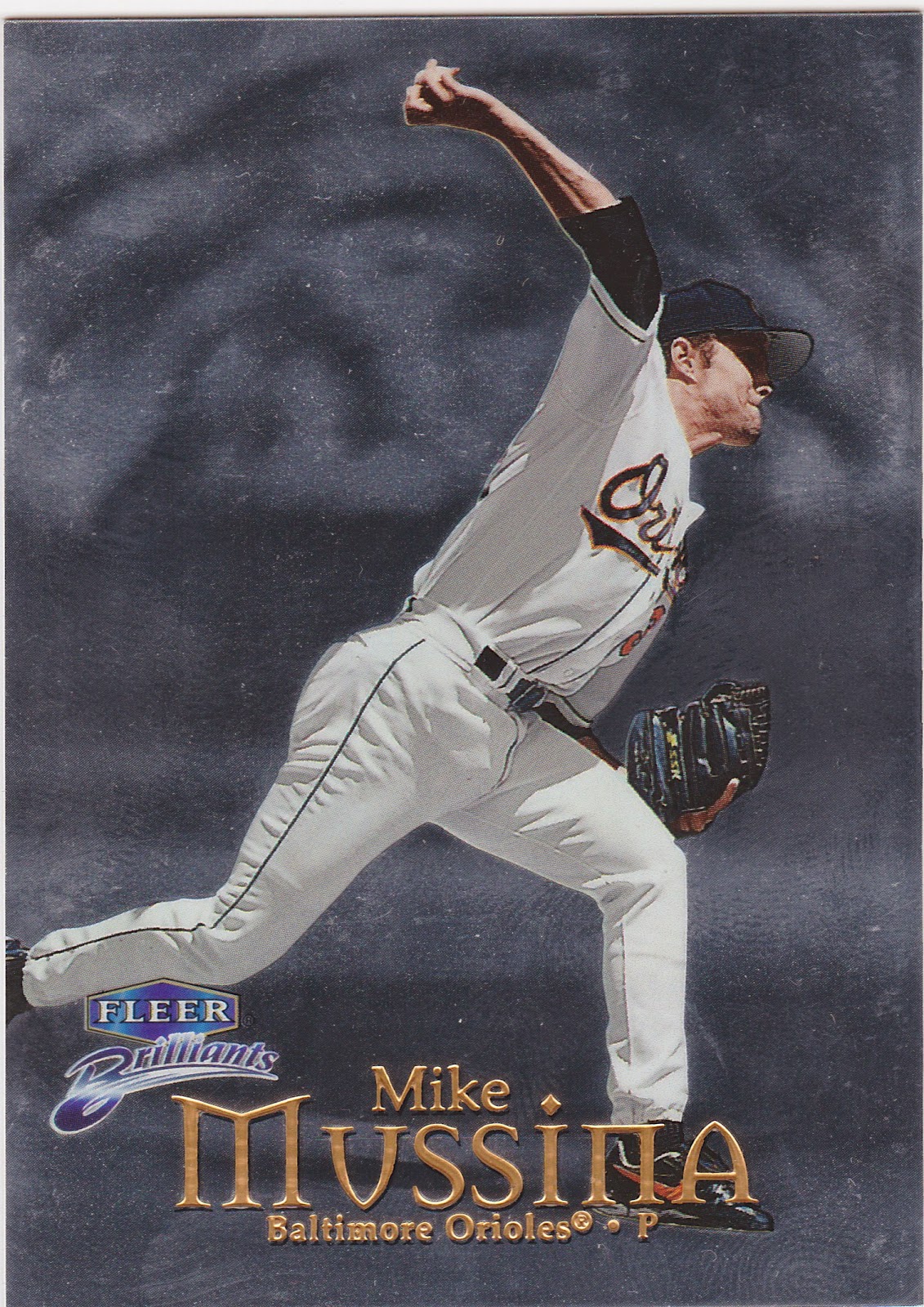 Sam Horn. I looked and he didn't play for a long as I had thought. Maybe Classic could have made the border on these cards a bit thicker if they tried. Maybe not. 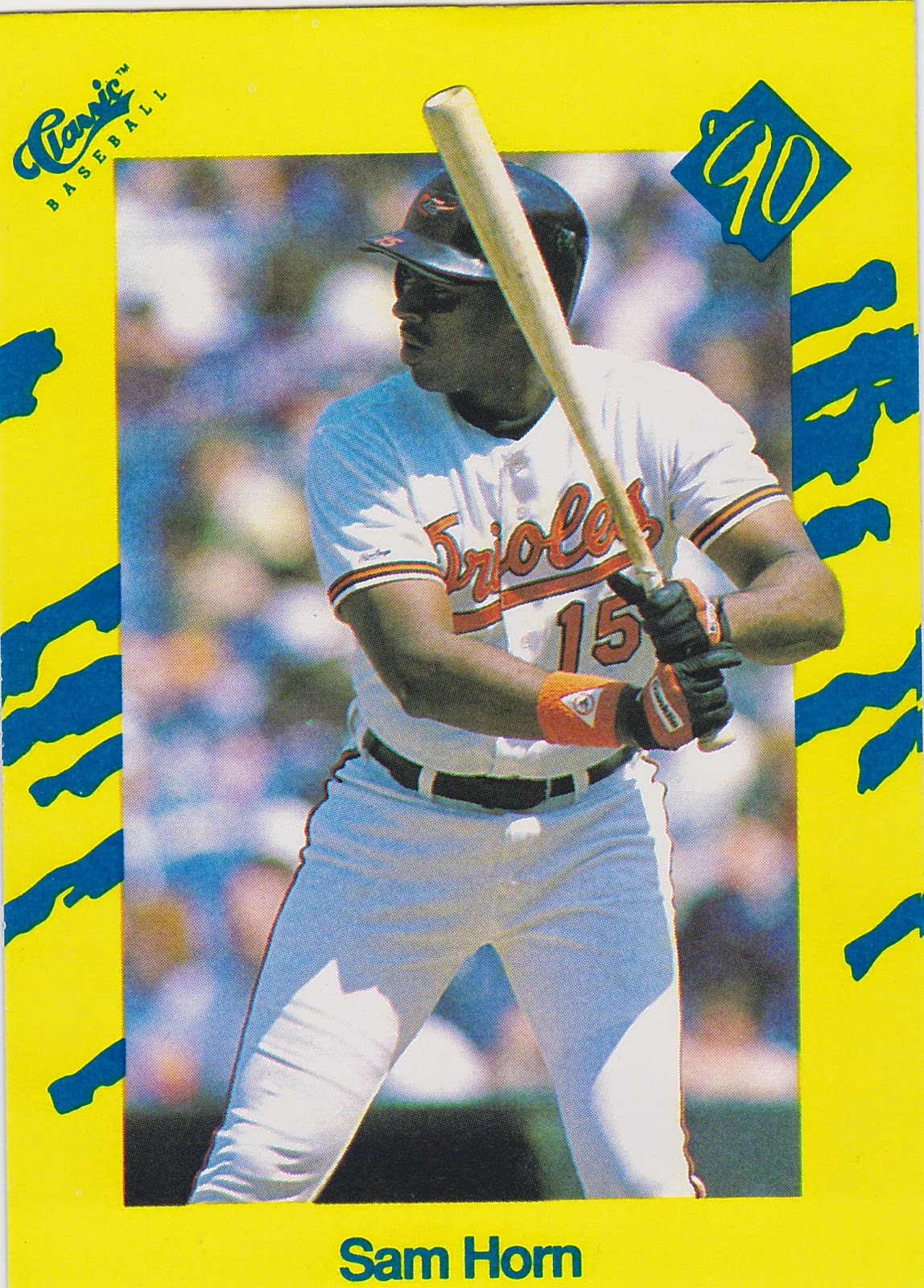 I had memory of Jayson Werth as an Orioles' prospect. Or of him with Toronto or the Dodgers. I was first aware of him on the strong Phils clubs of a few years back. 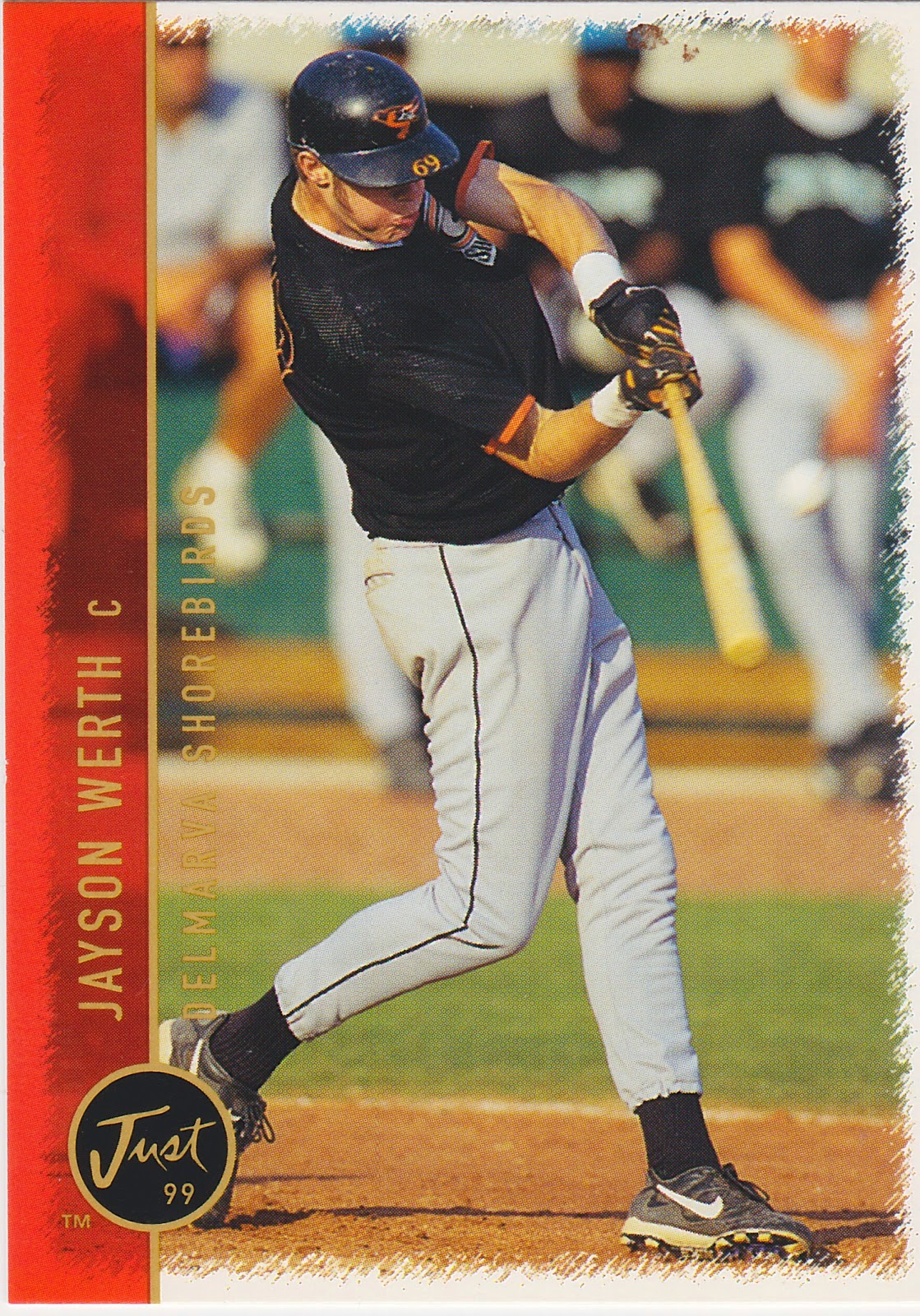 And then there is Rick Sutcliffe. He won the '84 Cy Young. He was traded to the Cubs in June of '84 from Cleveland. I'm guessing not many of the major award winners through the years have been dealt during that season. 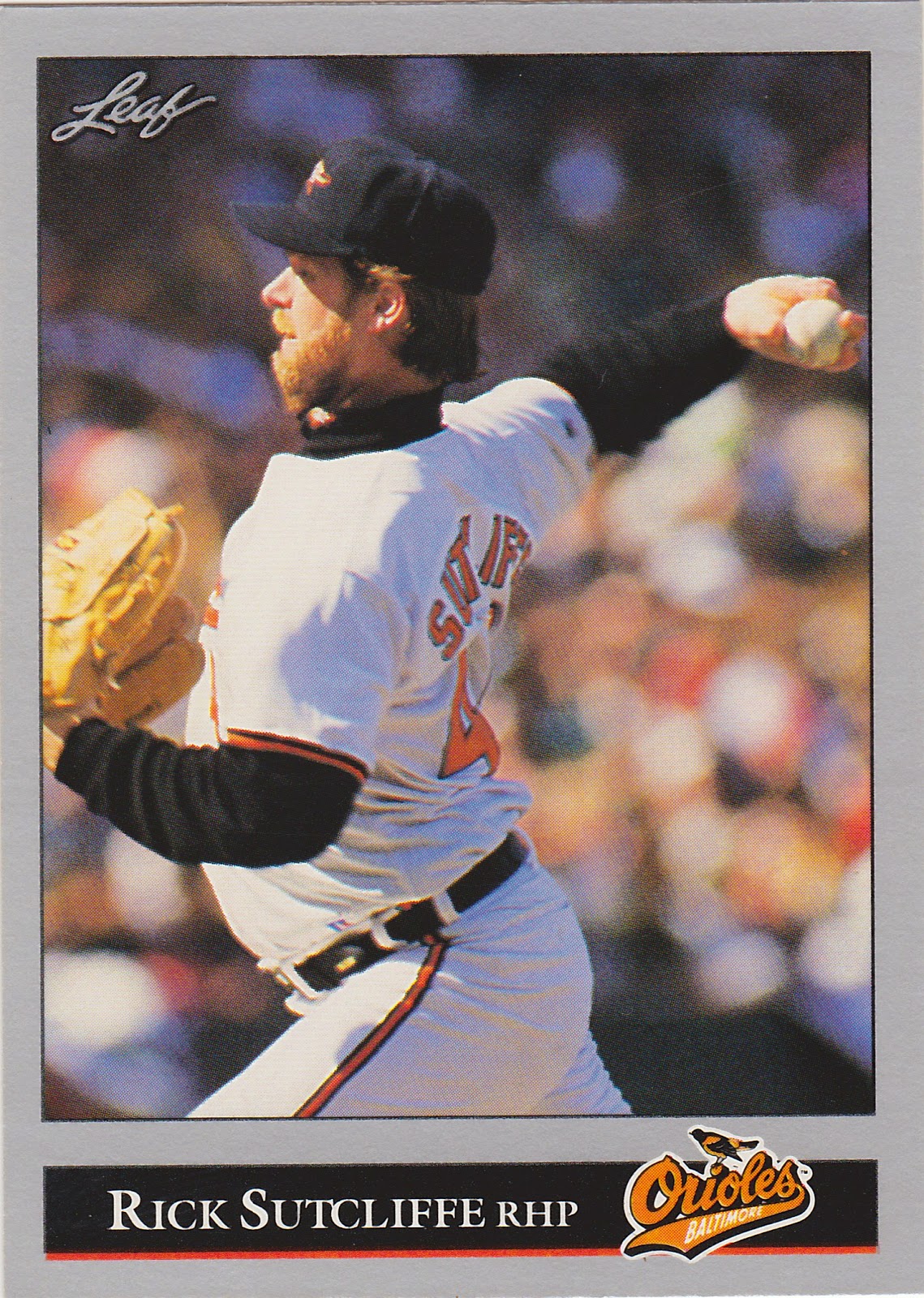 Thanks for the cards, Fuji! I'll have the football cards up later in the week.
Posted by Commishbob at 11:34 AM