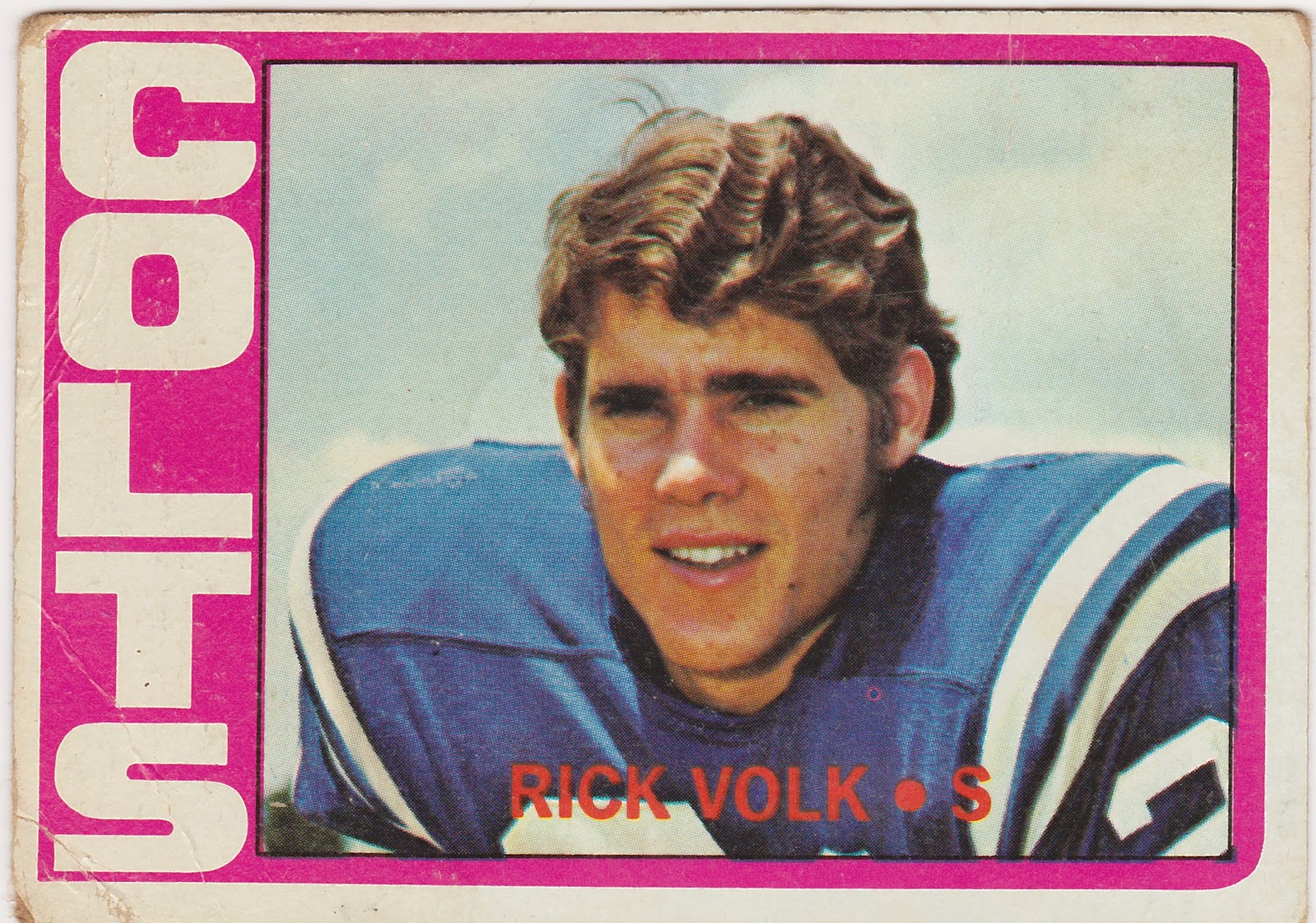 I've already posted the baseball cards that came in the latest envelope from Fuji, and here are the football cards. They really hit my collecting sweet spot. Vintage Baltimore Colts!

1974 football is not Topps' most inspired design but I do like the way they incorporated the goal post into it. Marty Domres was at the end of a three year run as a sometimes starter for the Colts. As the successor to Johnny Unitas and Earl Morrall he basically was in a no-win situation. And that's pretty much what he did...not win.

A trio of 1971 Colts. All three of these guys were key contributors to some glorious Colts teams. I don't think I had ever noticed that Topps used different sized fonts on the same team's cards. The All Star cards were done in two colors while the non-All Stars were either red for AFC teams or blue for NFC teams.

Oh, that Bubba Smith picture used on his '71 card? Topps got a lot of mileage out of it. I'll document that at the bottom of the post.

Fuji included this Colts' team checklist from the '74 set. Nice little ad on it promoting the purchase of the complete checklist 'set'. You could get all 26 of them for 30 cents and a pack wrapper. 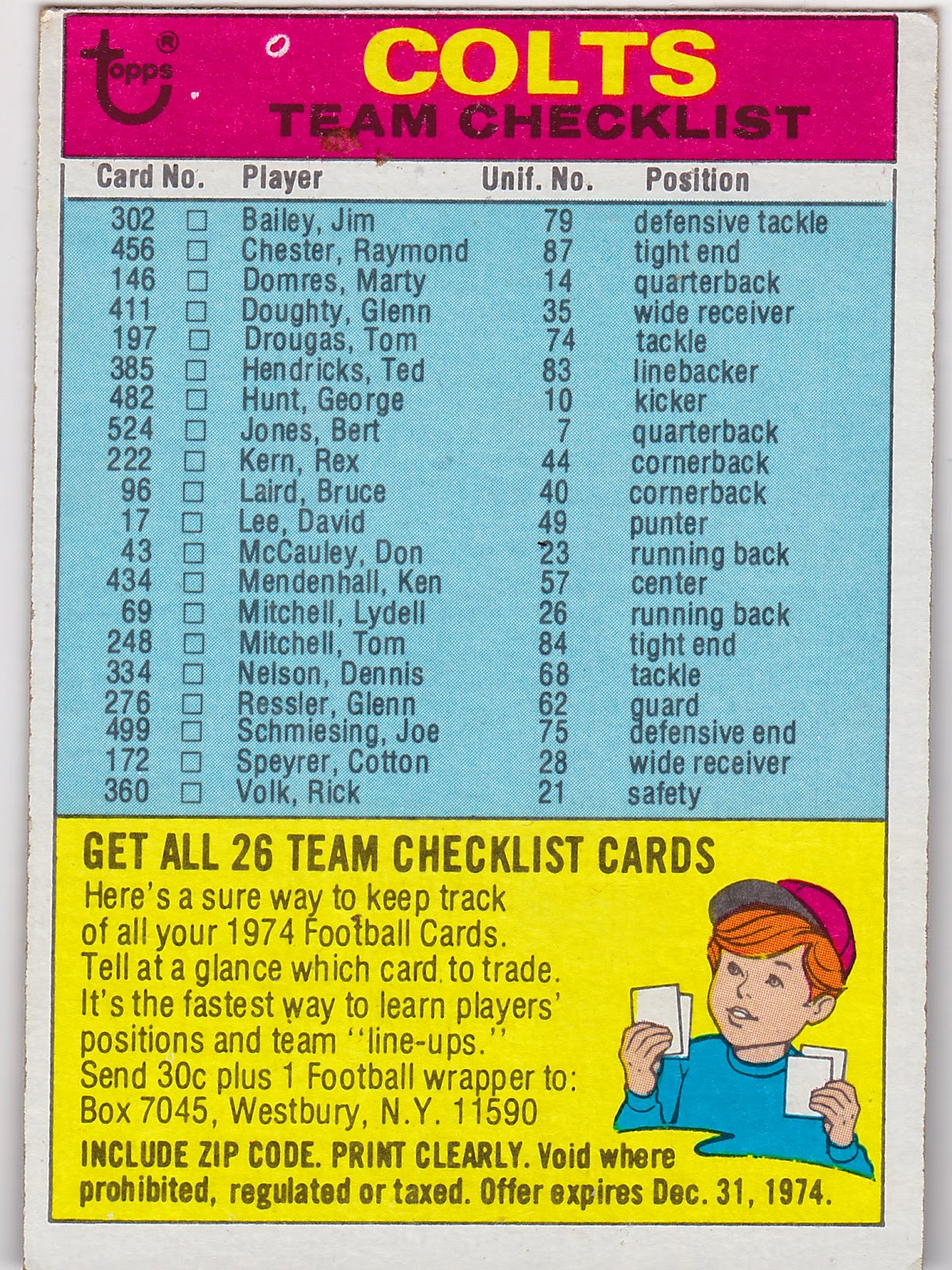 The back of the checklist had the rules for the 'game' that could be played with the '74 cards. Each had a play outcome on the reverse. You can see the back of Tom Mitchell's card above. Interesting that the checklist and the regular card were done in two different color schemes. I guess a bit of detective work might be in order if I wasn't so busy. I've cropped and enlarged the 'rules' for your reading pleasure. 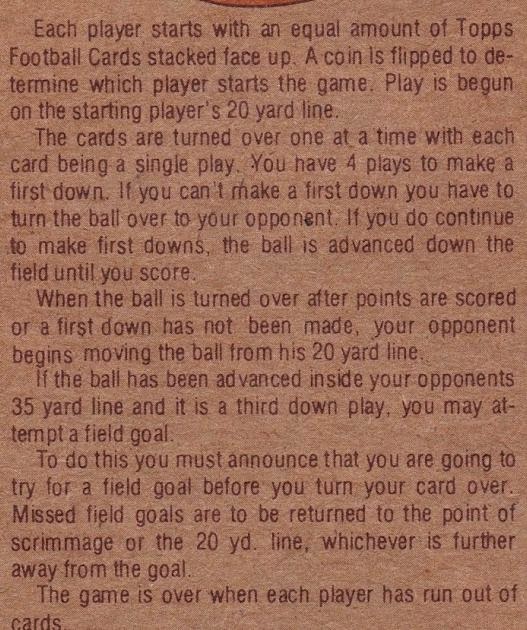 Tom Mitchell was the Colts TE in 1972/73, playing alongside Raymond Chester after inheriting the job from John Mackey. Mitchell led the team in receptions in those years but by the time this card was issued in 1974 he had moved on to the 49ers. 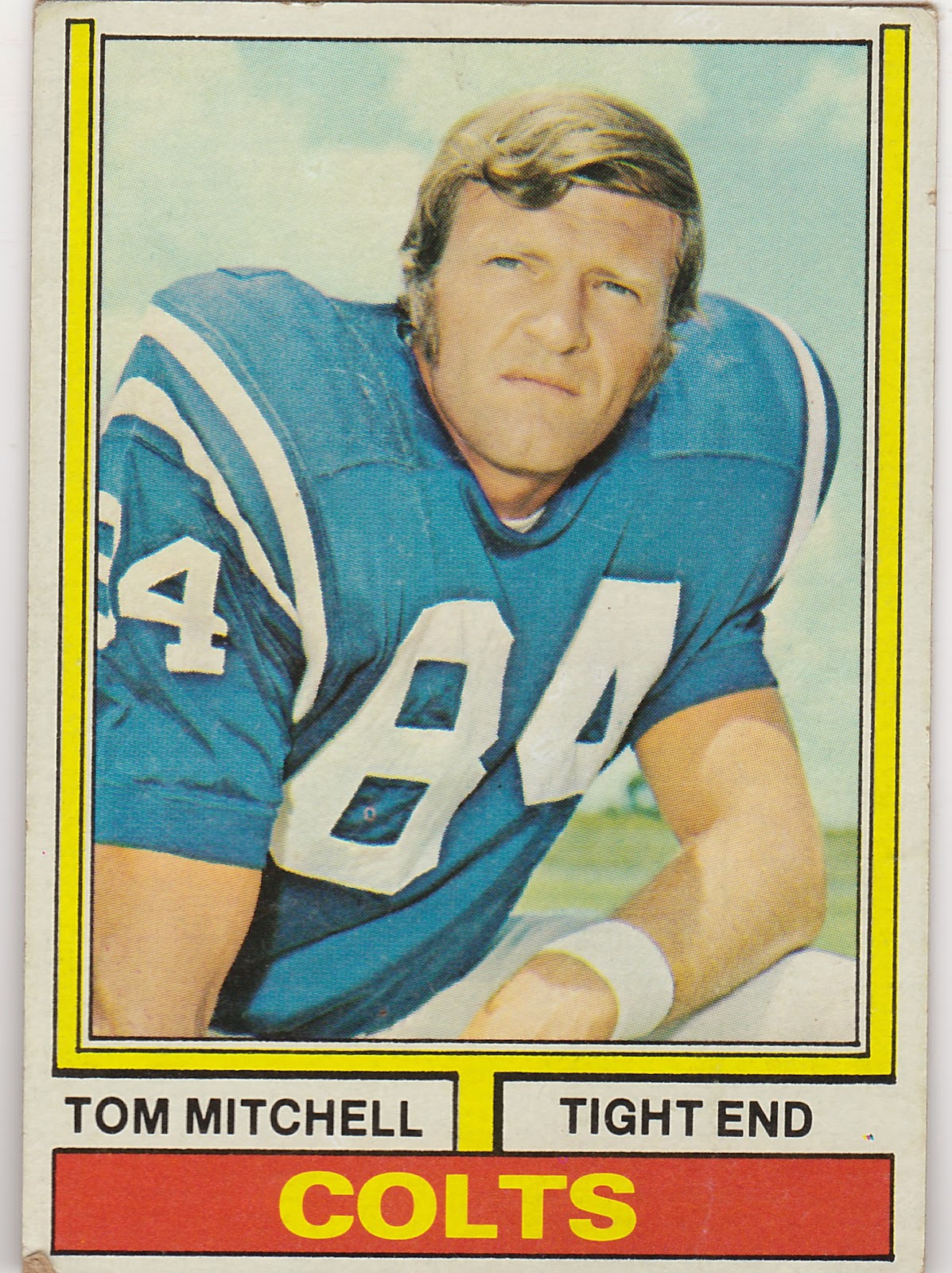 This was a terrific package of cards from Fuji. I appreciate his generosity and great writing.

Oh, those Bubba Smith cards with re-used pics? Here they are as borrowed from the net: 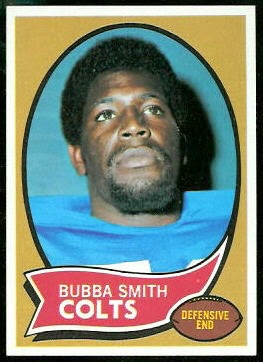 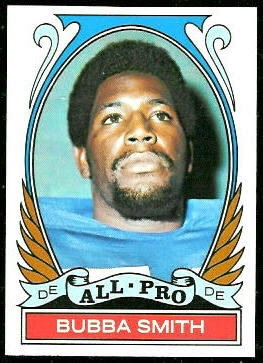 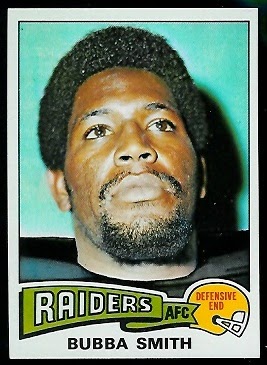 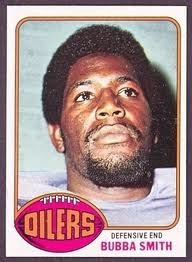 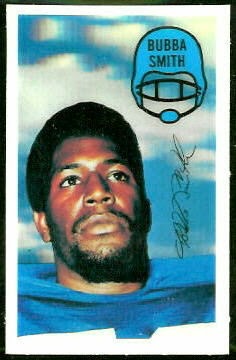 That a lot of Bubbas!
Posted by Commishbob at 5:30 AM