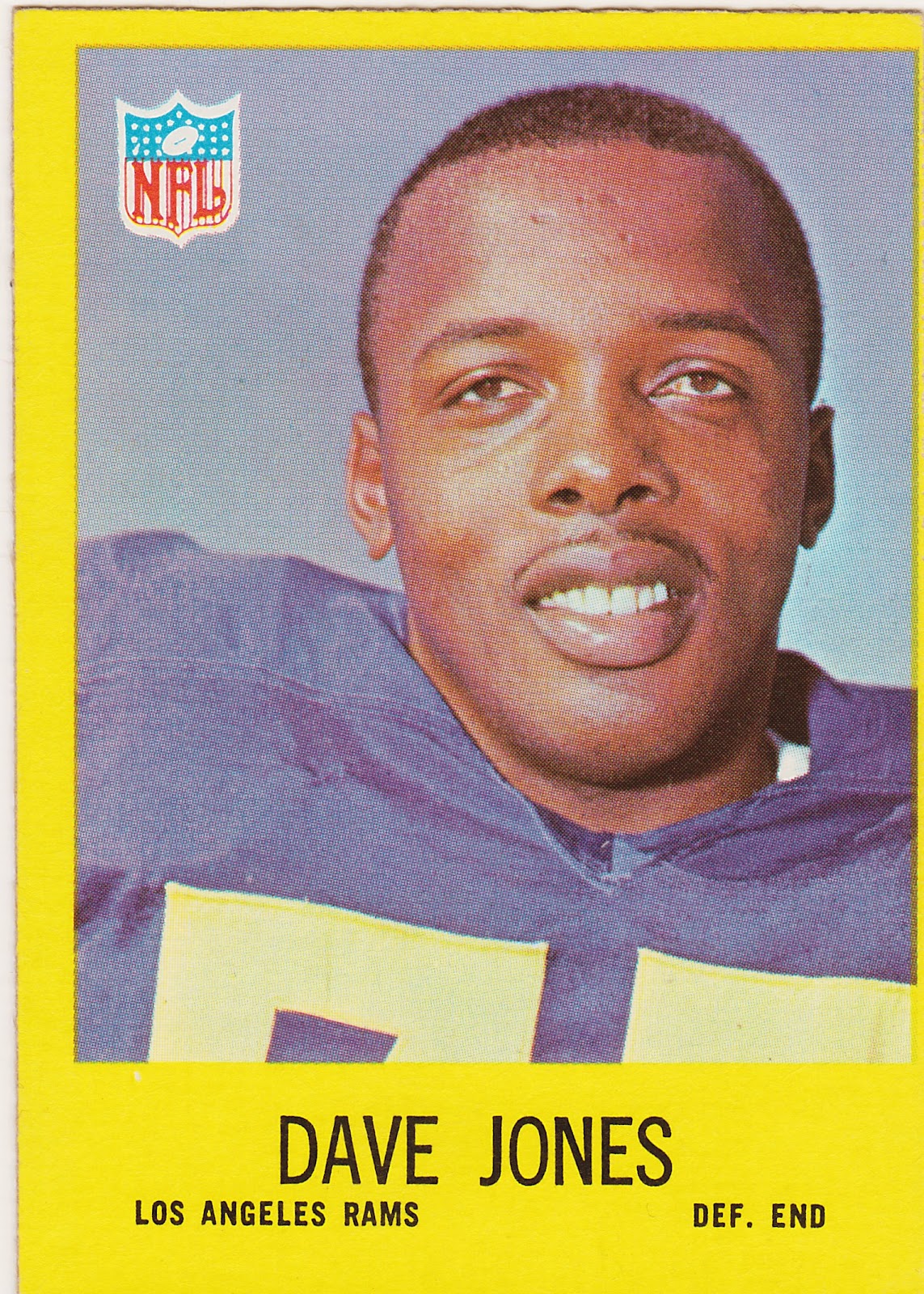 Lots of stuff on my plate at the moment. Weekends have been crazy. But I wanted to take time out to post a couple of neat vintage football cards that I grabbed as "COMC order rounder-outers" a couple of weeks ago (You've done that, right? Added some stuff you were not looking for to justify the $3 shipping. Sure you have).

That's Football Hall of Famer 'Deacon Jones on his 1967 Philly Gum card. You'll see him referred to as 'David' from time to time. But 'Dave'? That's pretty weird to me. But as Dave, David or Deacon he was about as great a defensive lineman as you could ever hope to see. He was part of the Rams' Fearsome Foursome which consisted of Rosey Grier, Lamar Lundy, Merlin Olsen and Jones. They terrorized NFL quarterbacks through the early to mid 60s. 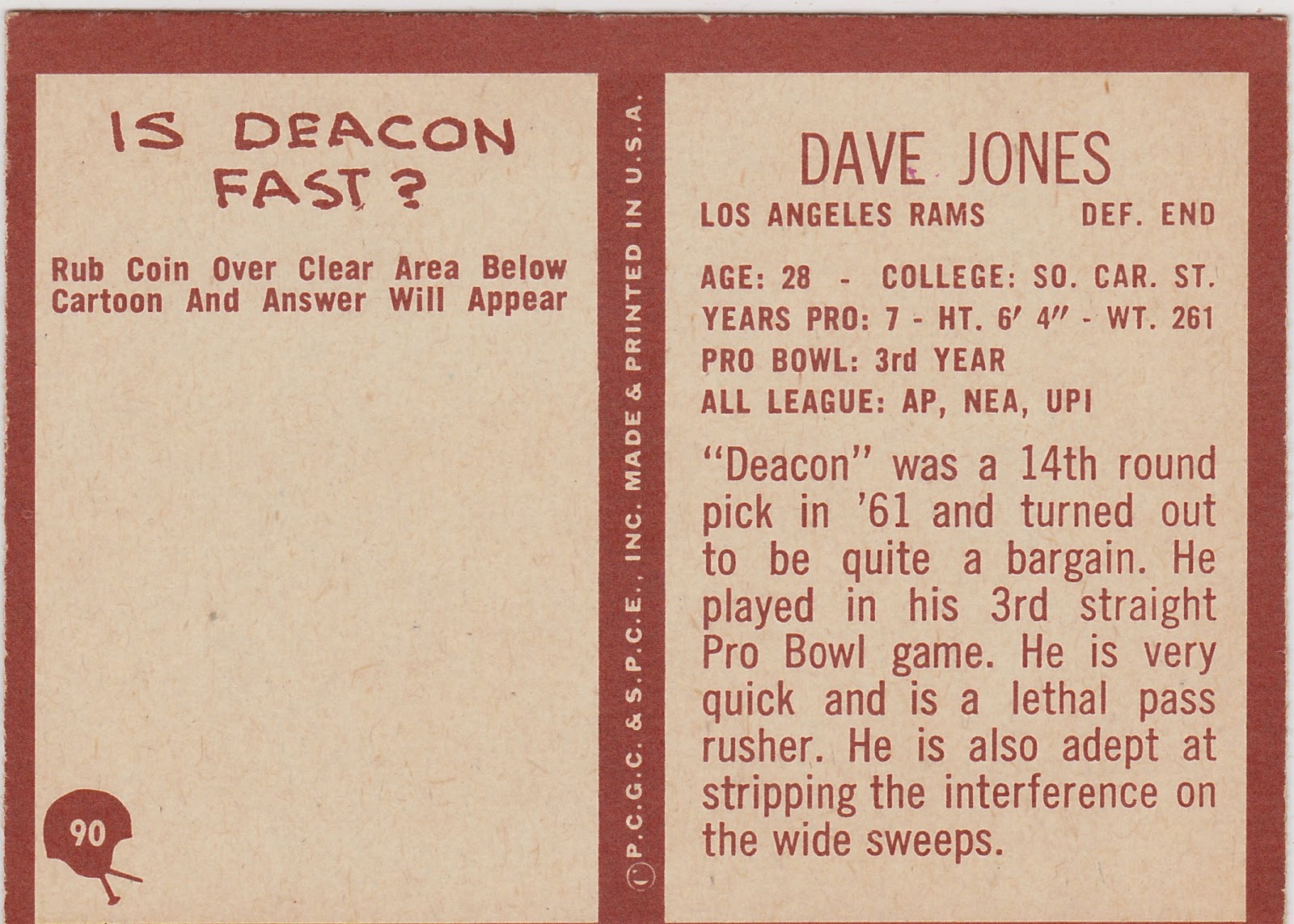 The 1966 Philly Gum Bob Boyd. Here is another guy who I knew as one name but almost always is referred to by another. I always called him Bobby Boyd.

No matter, he was a standout DB for some great 1960s Baltimore Colts clubs. I used to have a black and white Polaroid picture of Boyd that I took at Colts training camp many years ago. This picture is better, as is the '66 Philly Gum design. This set always tempts me as one I'd like to chase. 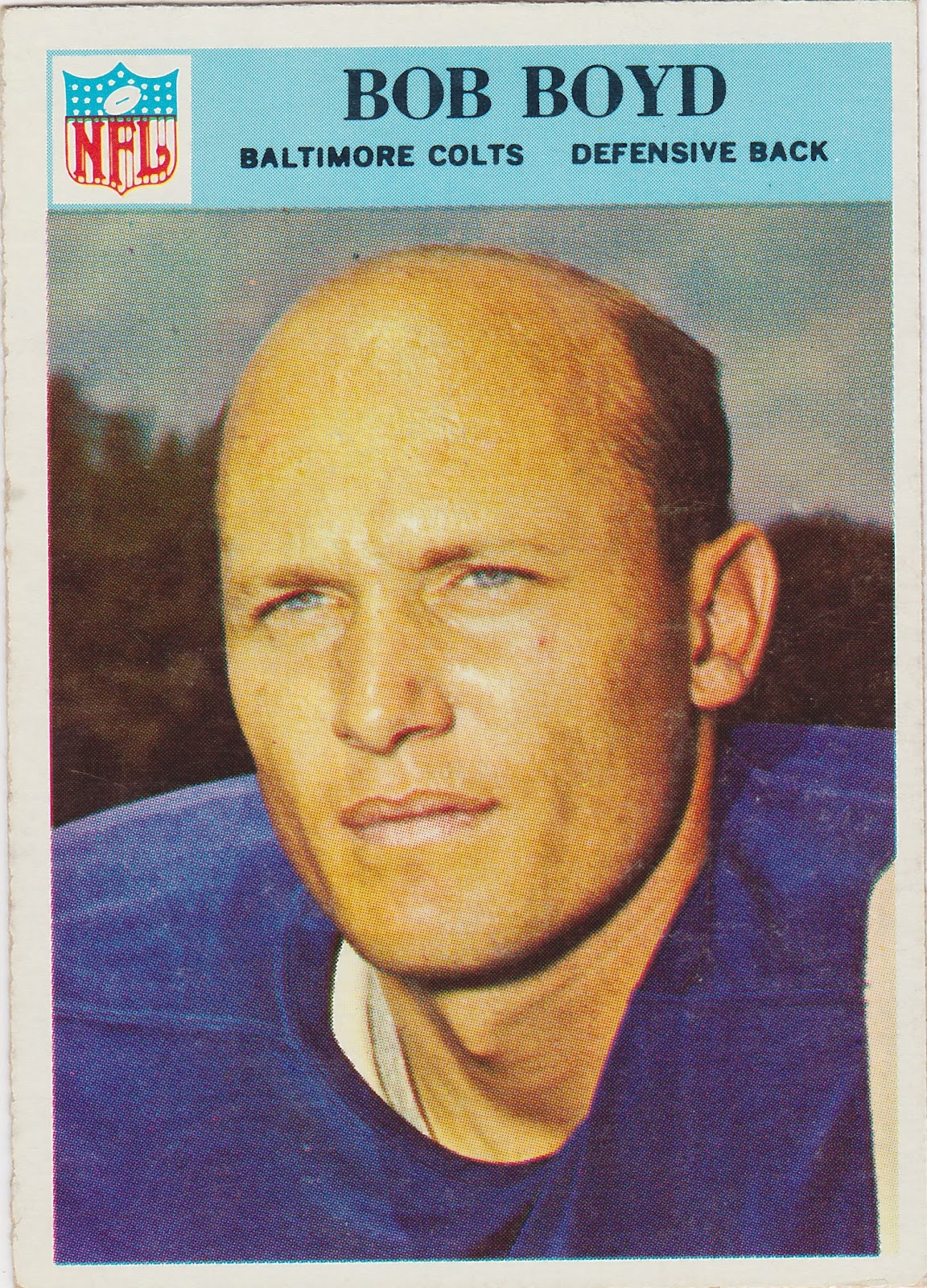 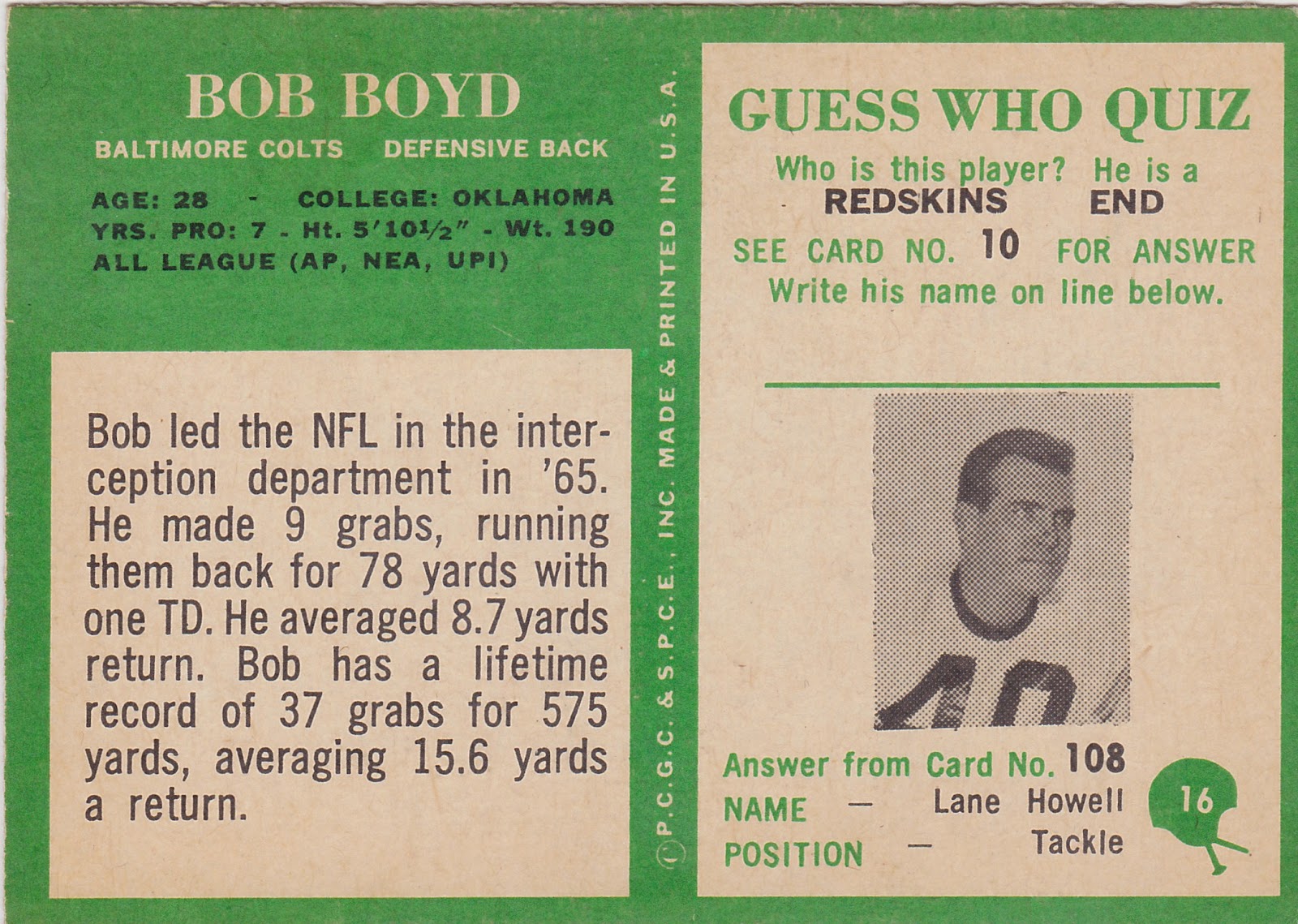 Posted by Commishbob at 1:38 PM