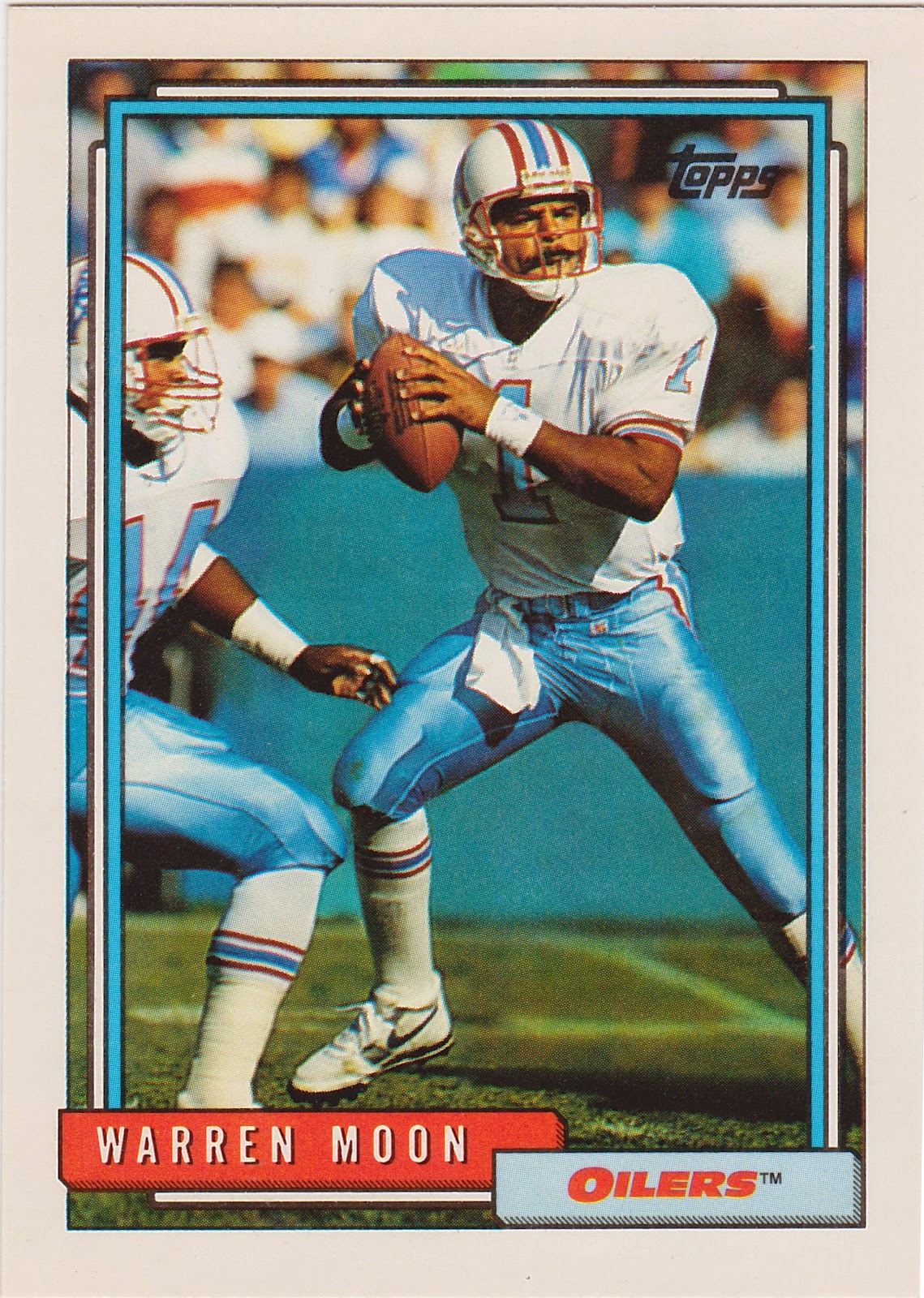 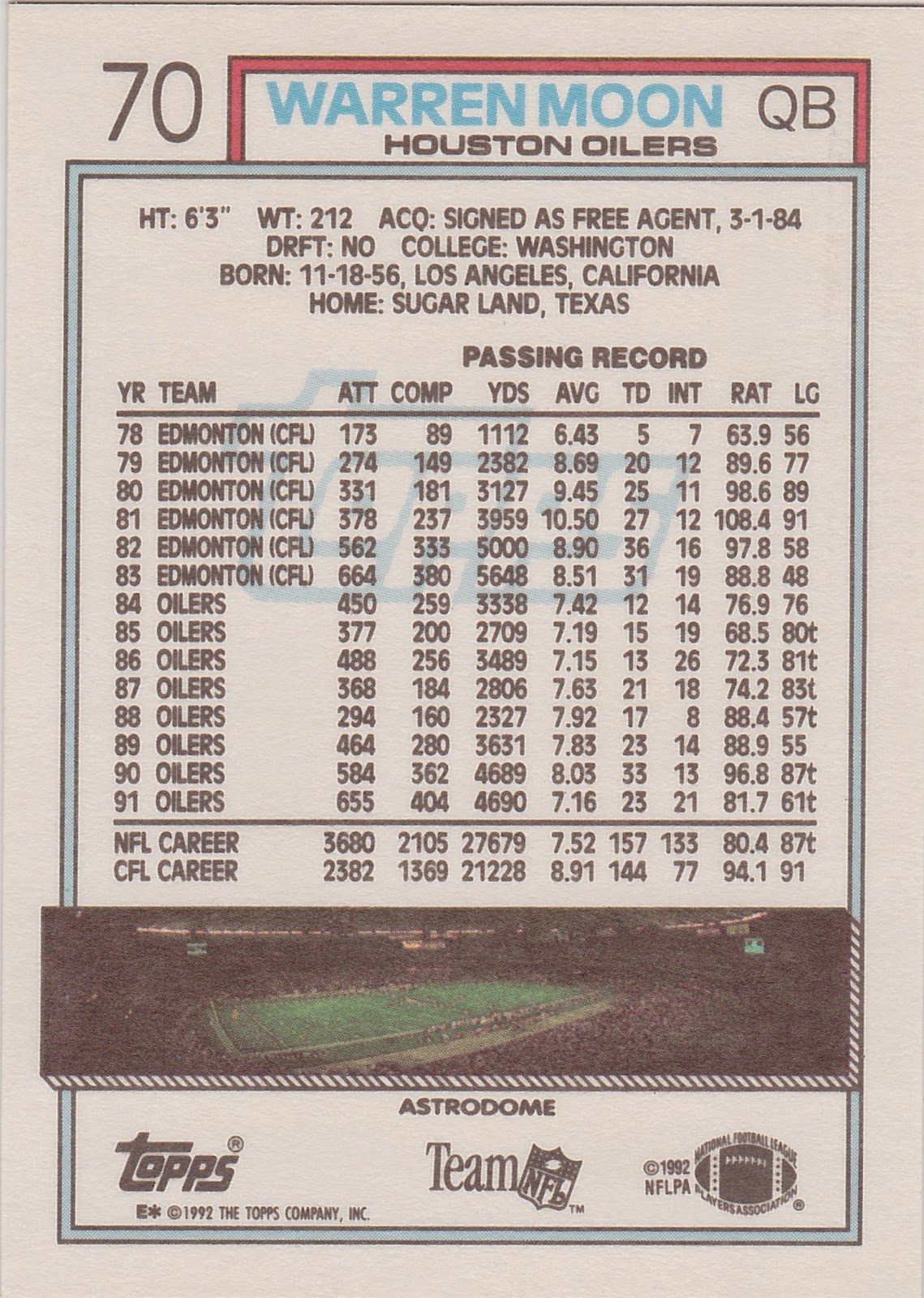 NFL Info: Following his college career at the University of Washington (which included a Rose Bowl MVP performance in his senior season) Warren Moon was not drafted by an NFL team. He instead played in Canada for the CFL's Edmonton Eskimos where he helped the club win five consecutive Gray Cups. He signed with the Houston Oilers in 1984 and spent eleven years as the starter there and was a 3 time All Pro selection. After his up and down decade plus in Houston (he twice led the league in yards and once in TDs) he moved on to play five more seasons as an NFL regular in Minnesota and Seattle. He finished his career as a back-up for the Chiefs. At one point he held career marks in passing yards, attempts, completions and TDs. His long career culminated with his election to the Pro football Hall of Fame. He now works as a broadcaster for the Seahawks.

Fantasy Impact: Moon made five starts for my Flyers in 1984 and another in 1985. His record for me pretty much mirrors the mediocre state of my franchise then. I have him listed as having been on my club in 1998 while he was with Seattle but he doesn't appear on my season roster/scoring spreadsheet. That'll sometimes happen when I draft a guy and cut him before the season gets rolling.

The Card: I like this card more than it probably deserves to be liked. The inner frame does a good job of focusing the action and the whole thing is team color coordinated. Topps packed a lot of info and stats on the back and even found space to include a shot of Moon's home stadium, the Astrodome.