From CardStacks comes a Stacked Deck 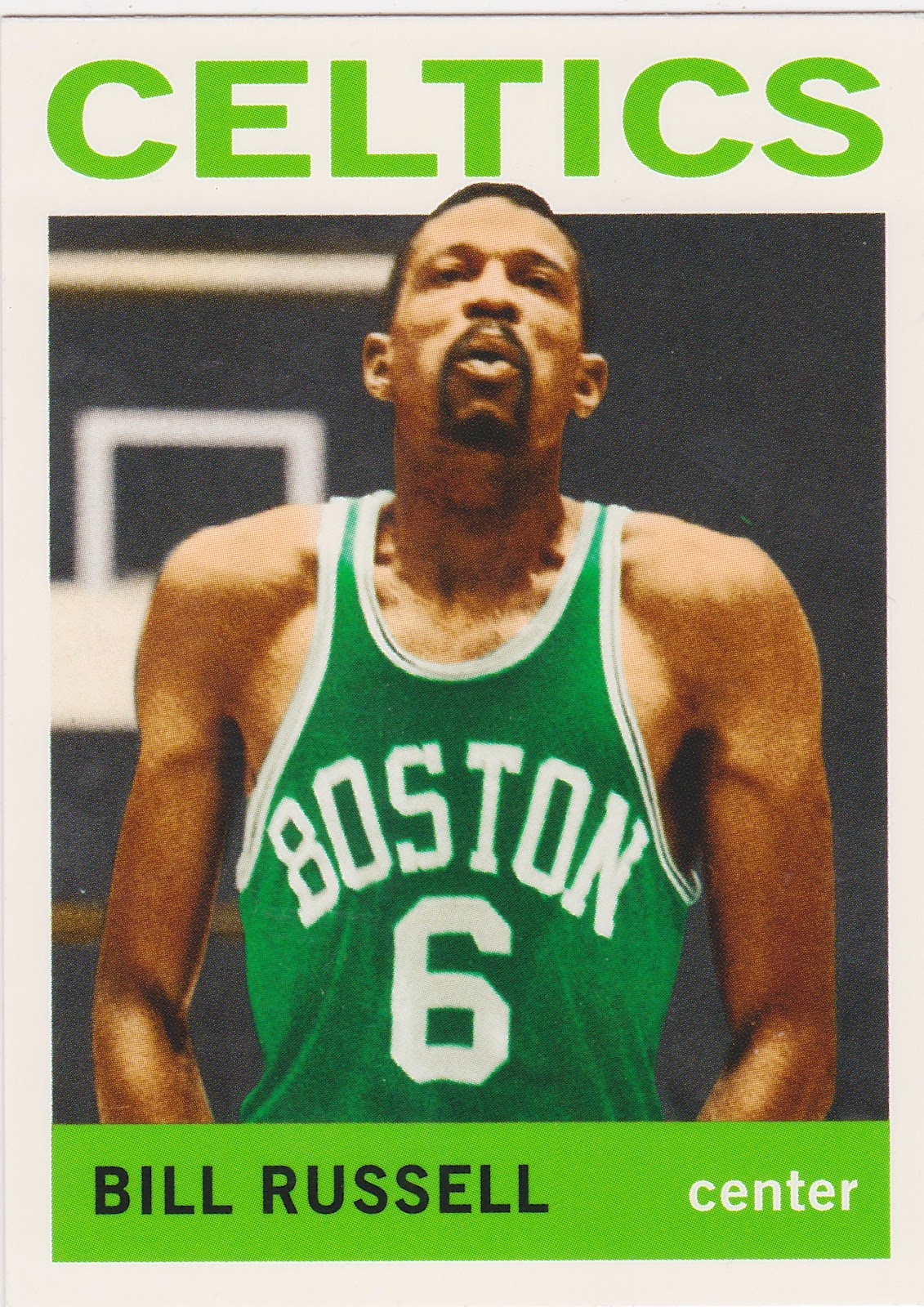 I wish I could collect vintage Bill Russell cards. But they are so darn expensive. I have his '61 Fleer card and I blogged it and told my 'I sat next to Bill Russell' story in a post in 2012. He was such a ridiculously intense competitor. I draw a lot of parallels between Russell and another favorite of mine whose card shows up below, Frank Robinson. While neither could be classified as the 'best' in their respective sports, both are guys I'd want on my team if I had to win one game.

So, as with many 'legends' whose cards I love sorting through, I content myself with modern, more affordable versions. And Ryan of the Card Stacks blog gave my Bill Russell collection a huge boost when he sent me an envelope stuffed with these Russell cards and a few others that fit nicely into various PCs.

Some of these are Heritage designs like the one up top. The others are from various sets, most are new to me, a guy who hasn't bought any modern hoops cards. (Do they make modern hoops cards? If so, who has the licence these days?)

I have a Murad card from the original 1910 set. They would make an awesome set to chase but who has the dough? 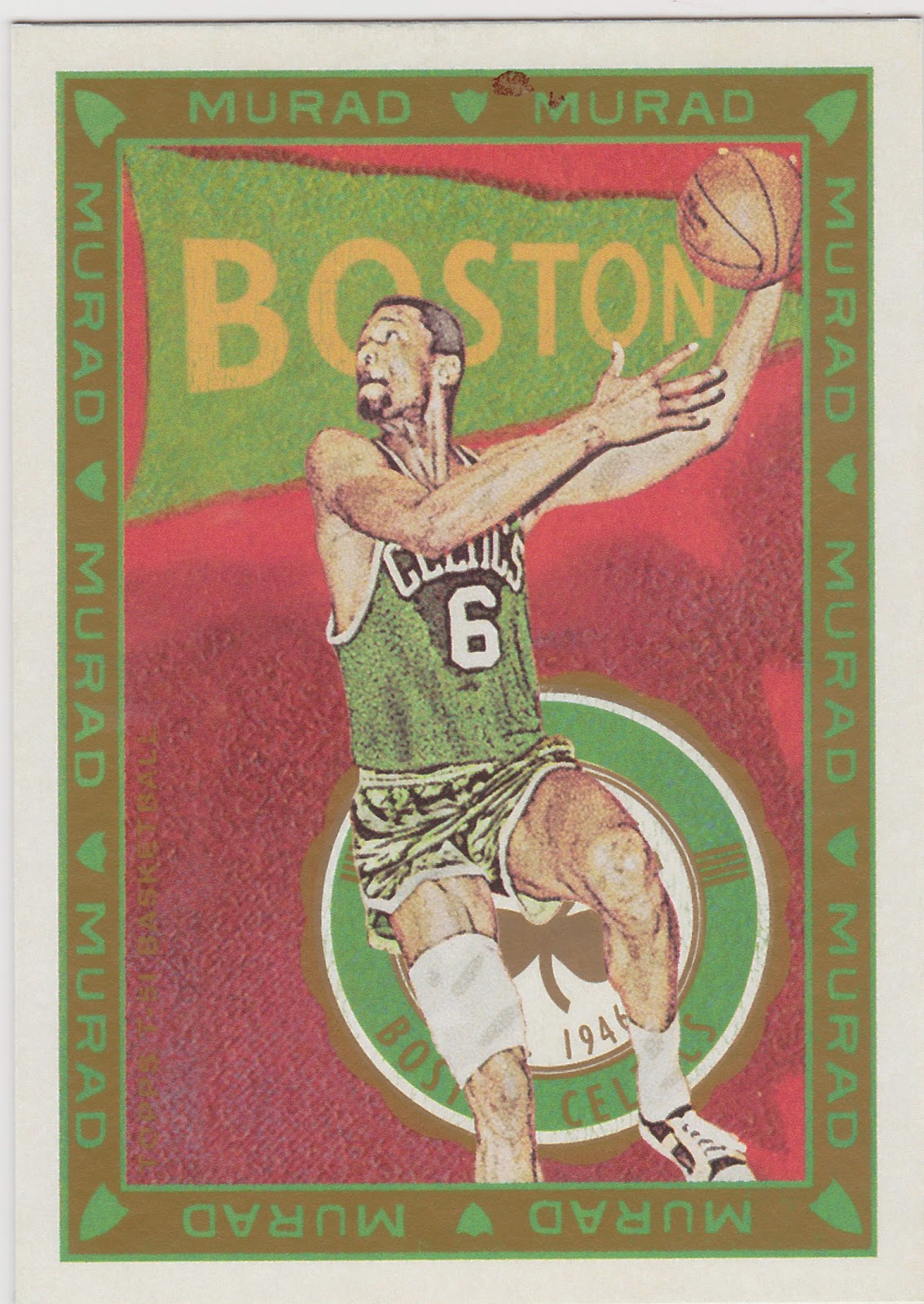 Bowman should have used green instead of red on this one. But it's got a neat photo nonetheless. 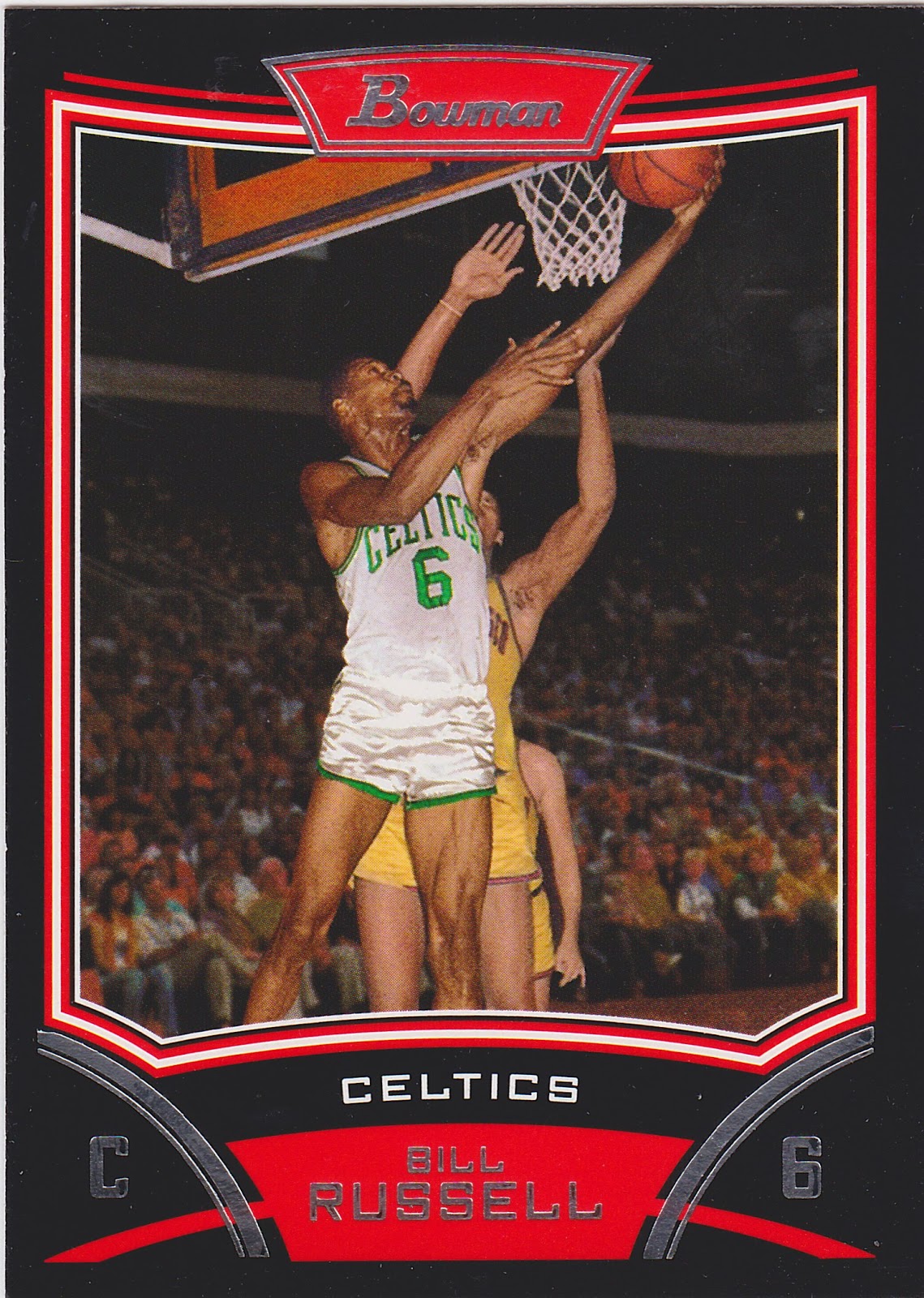 This one, based on the 1965 baseball design, may be my favorite of the bunch. Russ putting up a shot over Willis Reed in Madison Square Garden... classic. 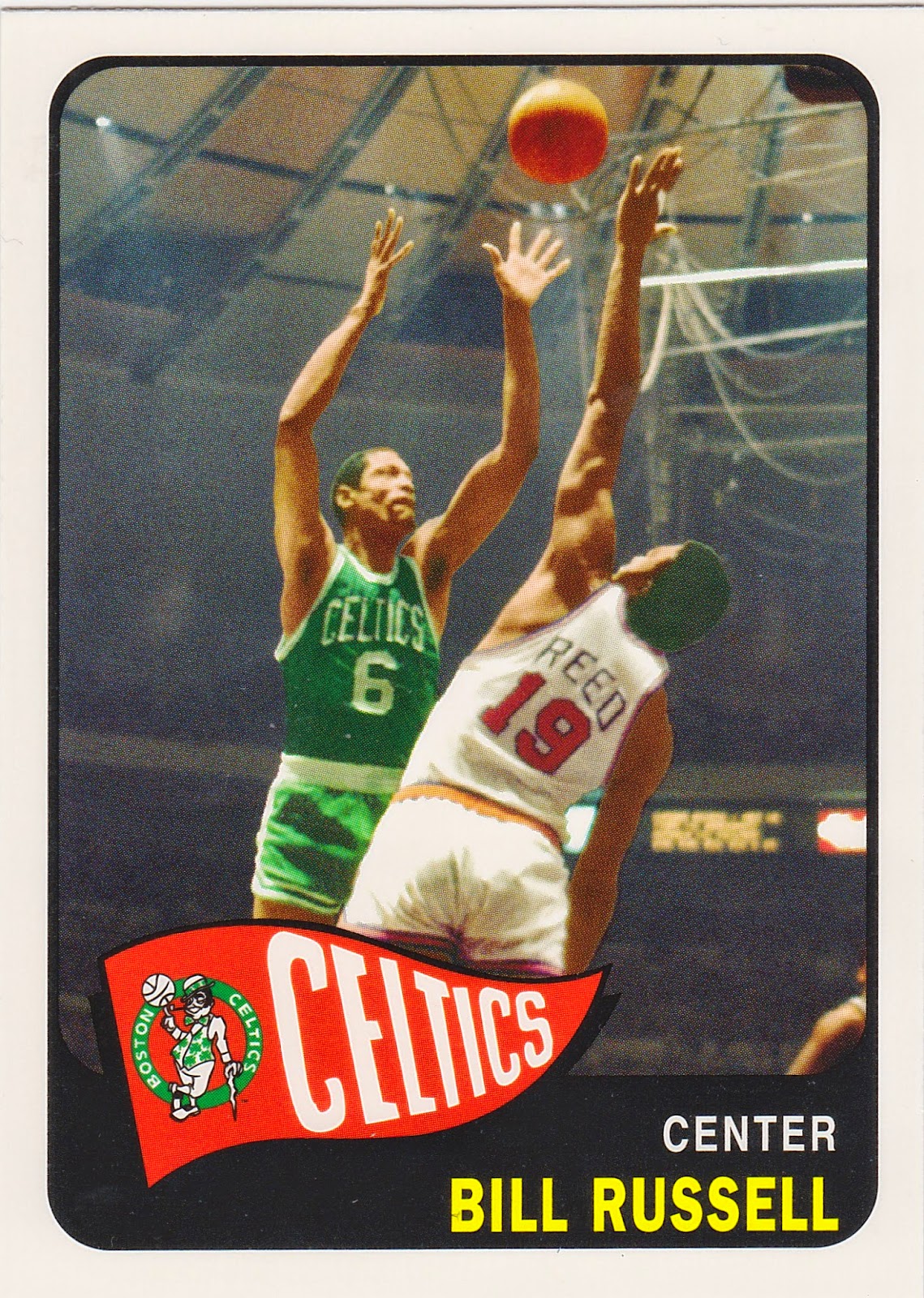 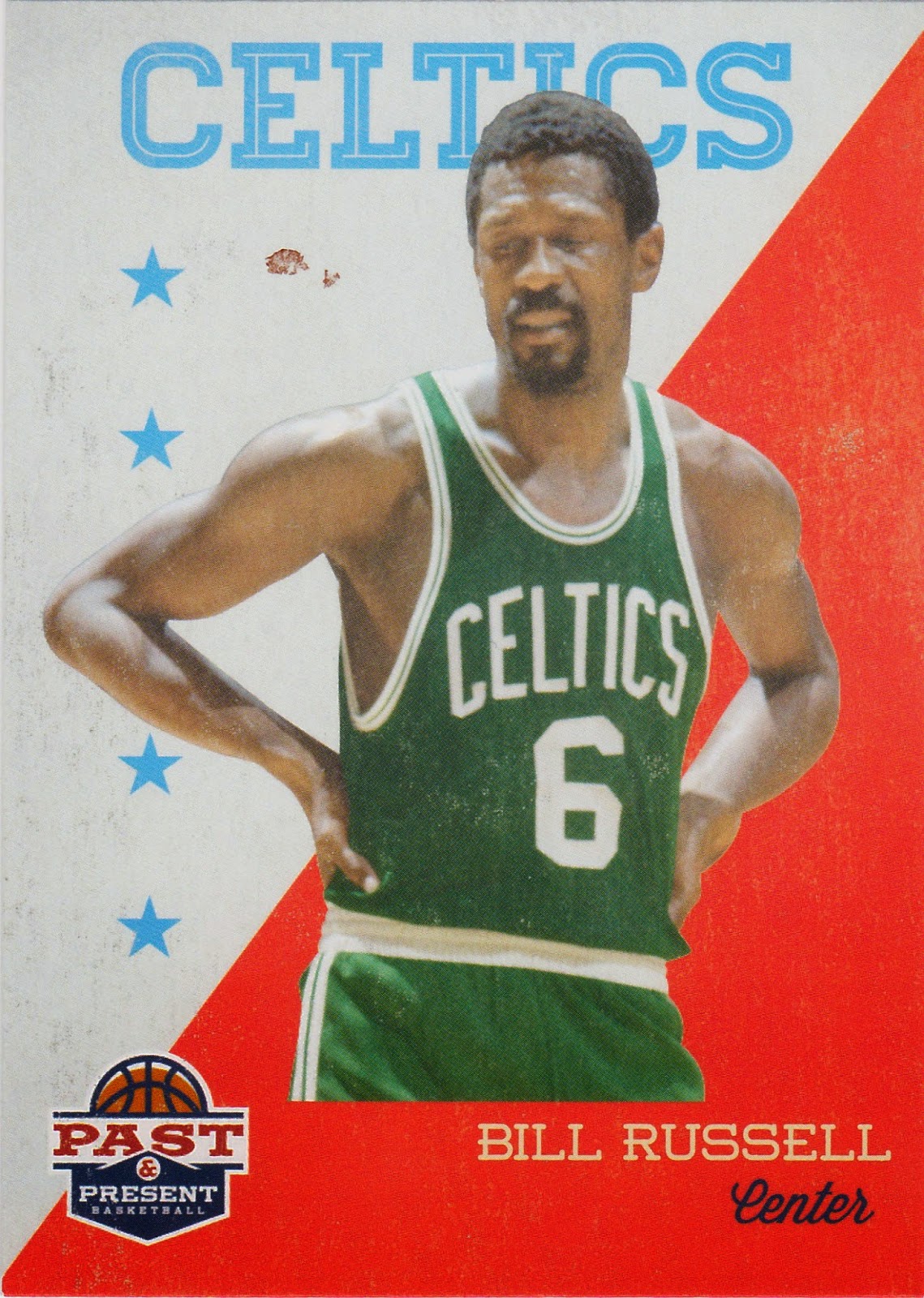 Russ grabs a rebound. He was always grabbing rebounds. And pissing off Wilt. 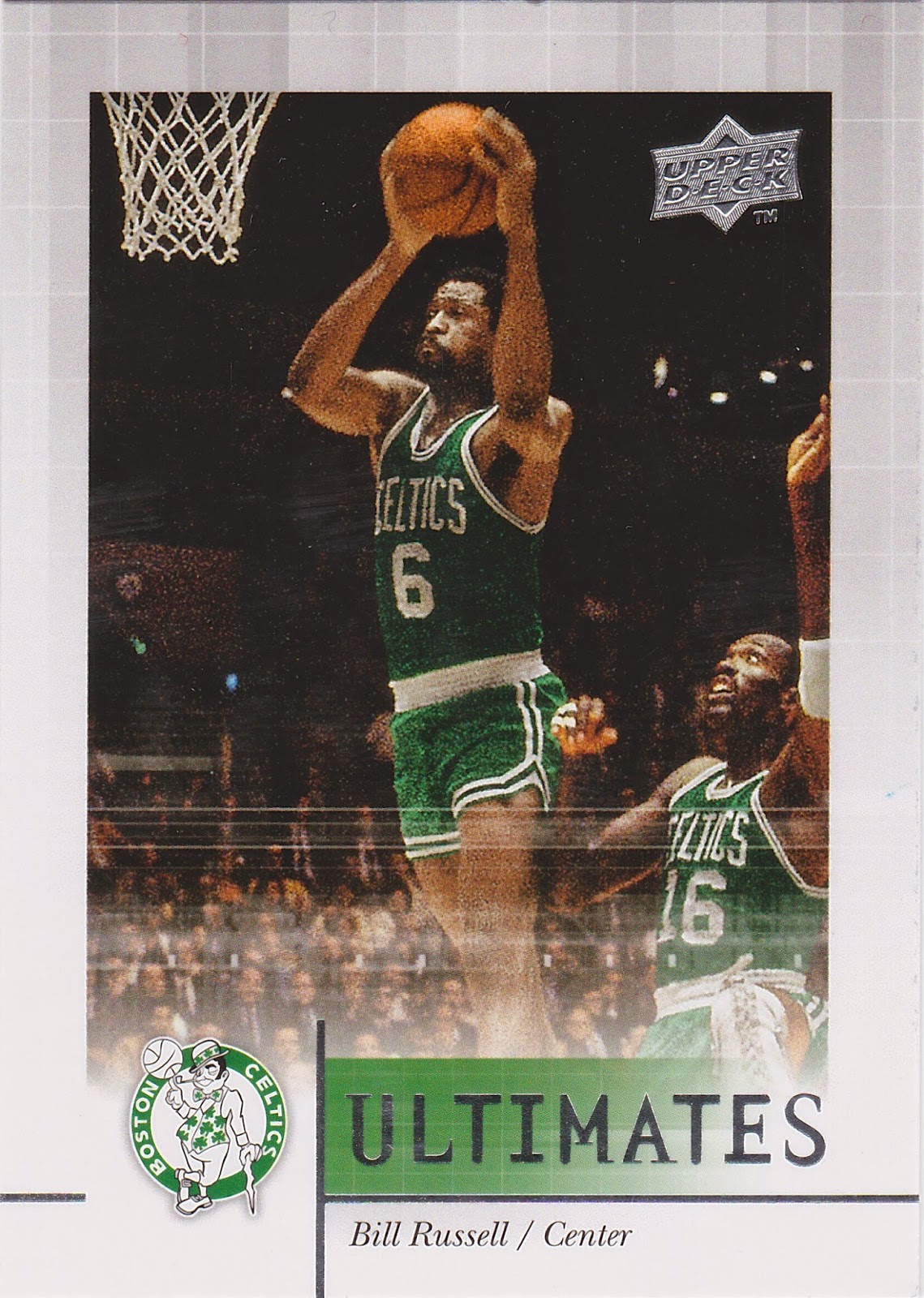 And then there is this card of my man, Connie Hawkins. Behind the back moves were a Hawkins staple. Smiling wasn't. 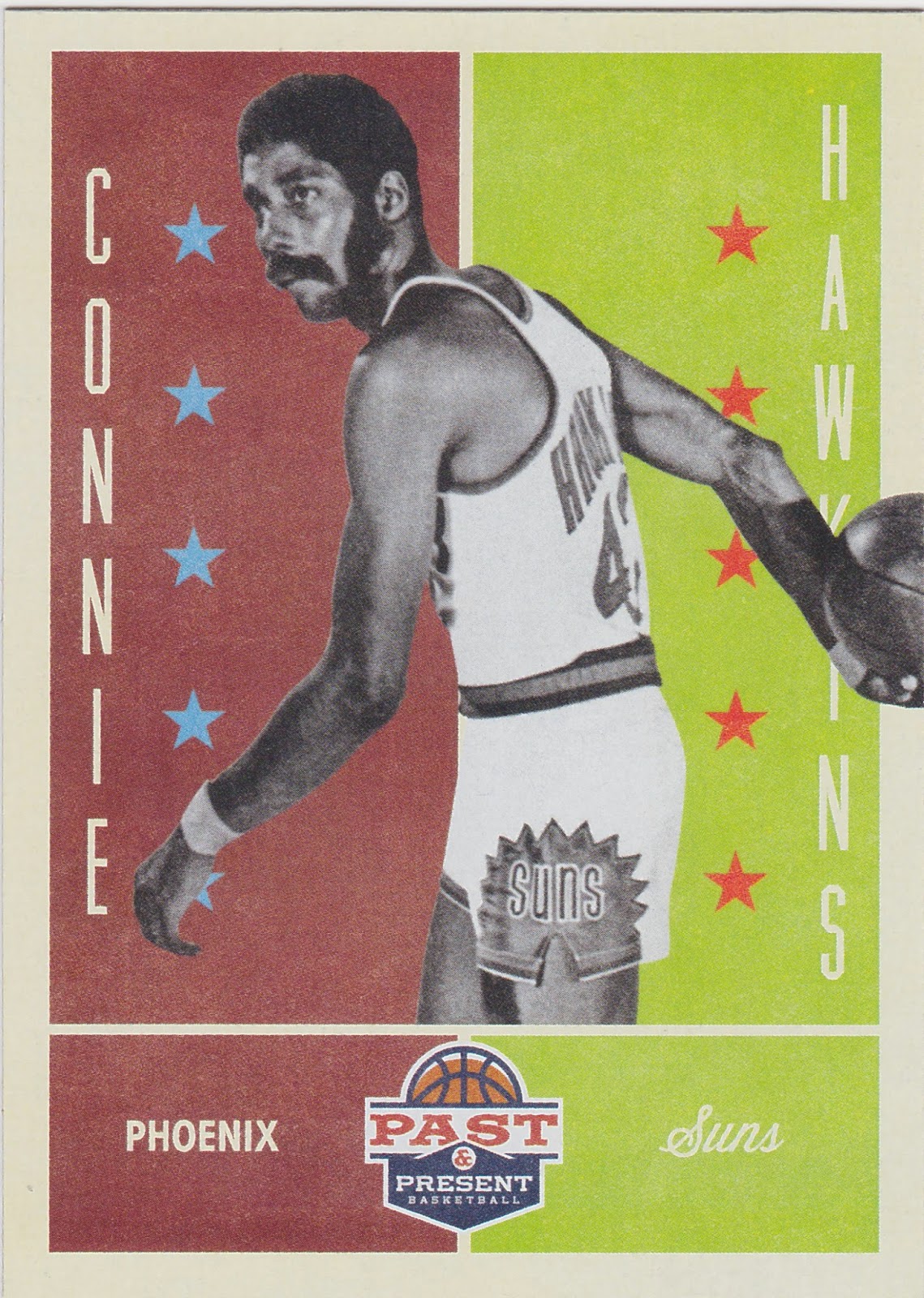 Ryan also included a couple of baseball cards, both Gypsy Queens and both of players I collect. Frank Robinson and Lance Berkman. Berkman goes into my Killer B's binder. 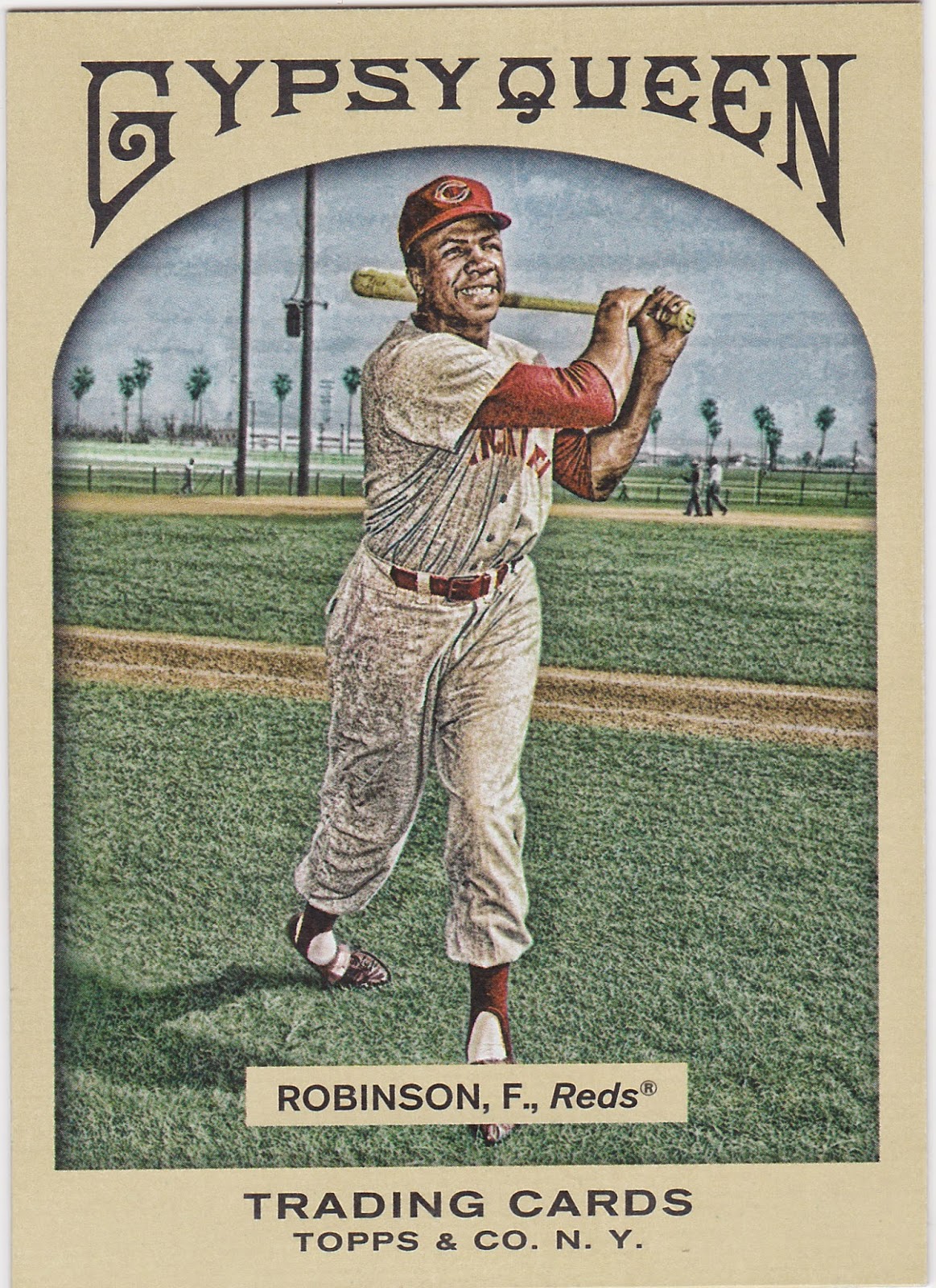 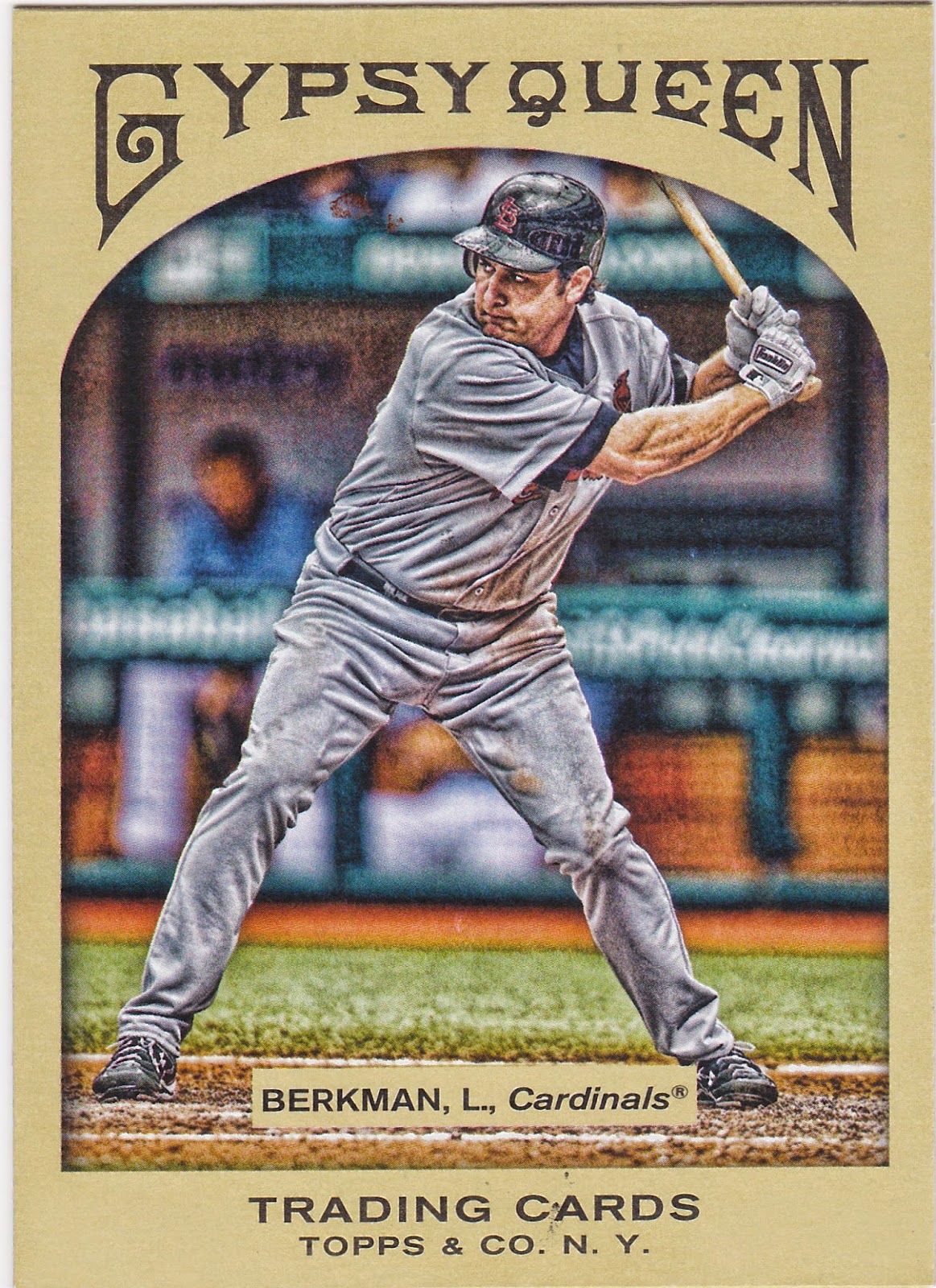 Thanks, again Ryan. I really appreciate your generosity. I'm sure I can help you out on some of your PCs.
Posted by Commishbob at 5:30 AM