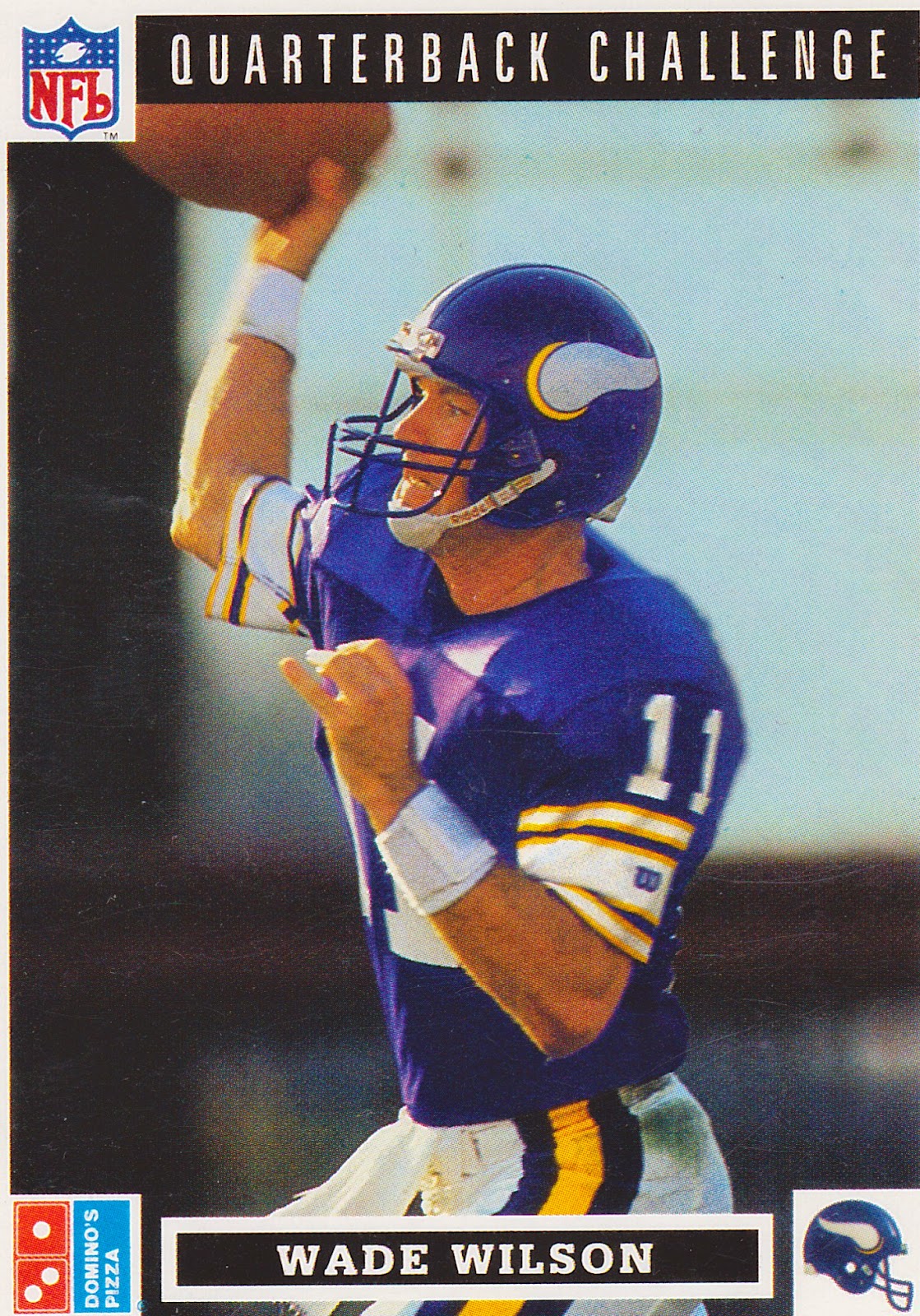 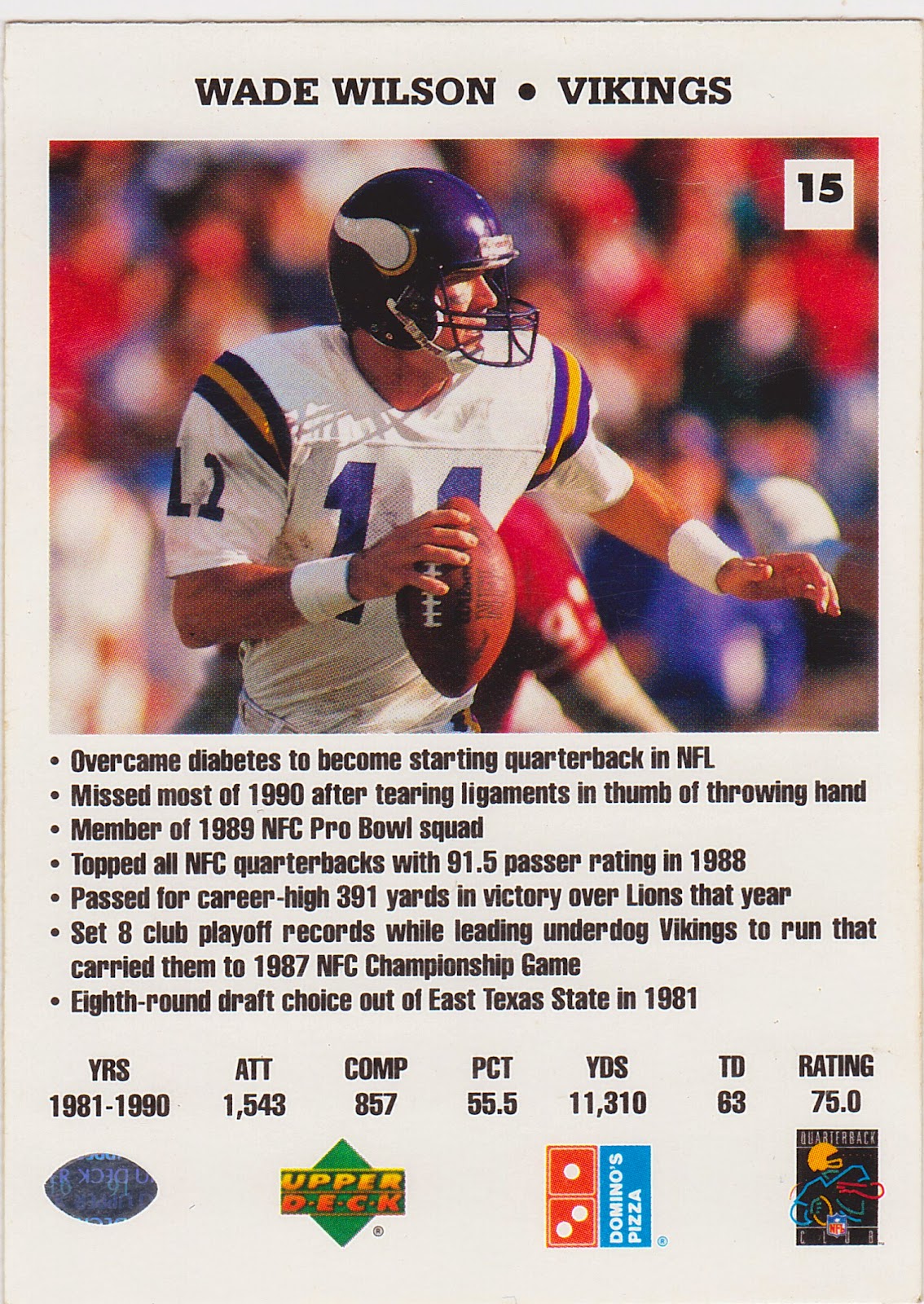 NFL Info: Wilson is another in the long line of journeyman quarterbacks I had rostered in the 80s and 90s. He played his college ball at East Texas State (now Texas A&M-Commerce) and was drafted by the Vikings in the 8th round of the 1981 draft. He played for the Vikes for 11 seasons and made the 1988 Pro Bowl in a season in which he led the NFL in completion percentage. Most of his time with Minnesota was in a reserve role. He played for several other clubs after leaving Minnesota and was the Saints full time starter in 1993. He was a quarterbacks coach for a couple of NFL teams after his playing days.

Fantasy Impact: I had Wilson in 1990 and he made one start for me. I used him as my qb in Week 2 that season and he threw  three scores to help me win my game. Odd thing is that Dan Marino was my regular quarterback and I sat him that week in favor of Wilson. I can't imagine why I did that, but I'm glad I did. I went on to win my first league championship that season. Looking back at Marino's 1990 season shows that he threw 21 touchdowns which was his lowest total since his rookie year. I even went to Steve DeBerg several times that year including the final two games of the regular season and the semi-finals, all of which he won.

The Card: For a food issue card this Dominos set wasn't too shabby. The company logo isn't splashed across it, the player photo takes center stage and the design is pretty clean. The back is better than a lot of regular set cardbacks with it's different photo and listing of the player's facts including numbers and highlights. The Upper Deck logo appears on the back and they get a tip of the cap for doing this right.

I can say with a lot of confidence that I've never bought a Domino's pizza so there is no telling where I got this card. I would bet that it came from one of my students back then because we did a lot of trading of football cards with the school kids.