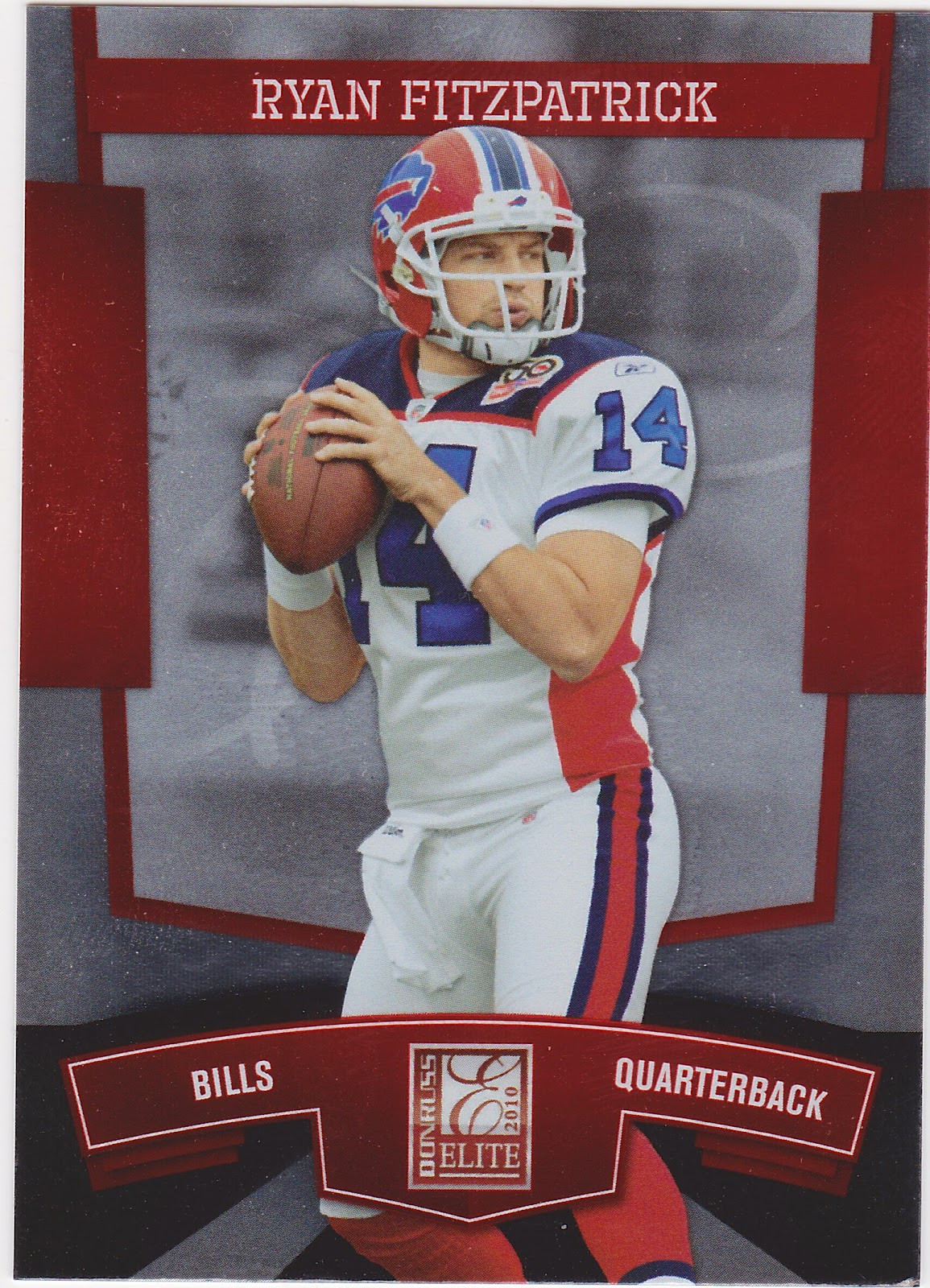 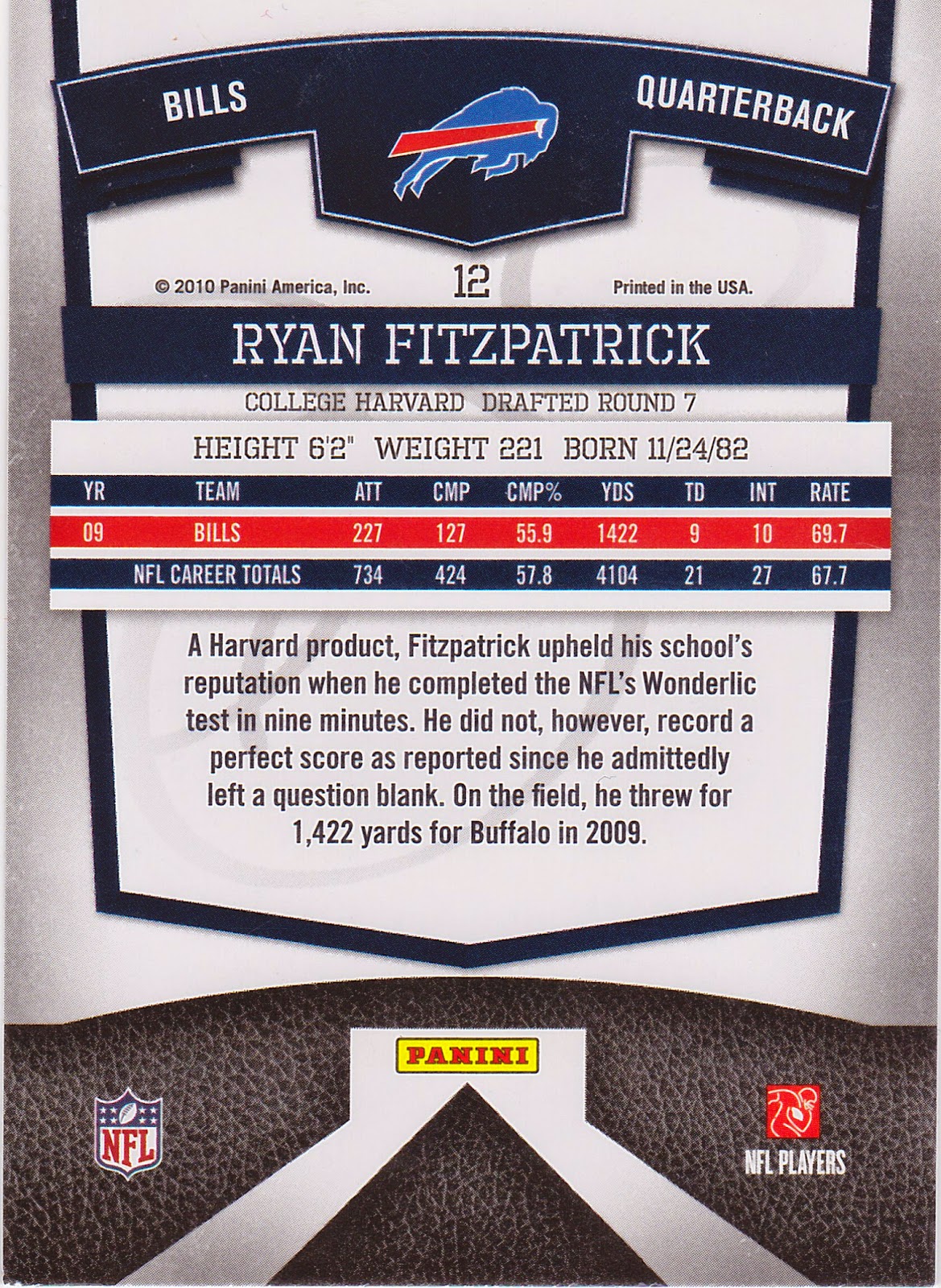 NFL Info: Harvard educated Ryan Fitzpatrick was drafted by the Rams in 2005 but his career didn't get any traction until 2008 when he started a dozen games for the Bengals. He then spent four up and down years piloting the Bills, made nine starts backing up Jake Locker in 2013 in Tennessee and is now the 'hey, don't screw anything up' starter in Houston where is job is mainly to hand off to Arian Foster. The Texans have a video board feature they run during a time-out at NRG Stadium that is entitled "Are you smarter that Ryan Fitzpatrick?" You can guess how it works.

Fantasy Impact: I had Fitzpatrick on my 2010 roster for two weeks in 2010. I used both Joe Flacco and Ben Rothlisberger on my way to a league championship that year. Fitzpatrick was cut to make way for Big Ben early in the season. It was one of my better moves.

The Card: A Donruss/Panini chromified card. Lots of odd, blocky pointless shapes front and back. The info on the back is minimal and routine except for the wonderful nugget that states how fast he completed his Wonderlic test and the fact that he left one answer blank and therefore missed a perfect score! Like Fitzpatrick himself this card is not great but not horrible either.