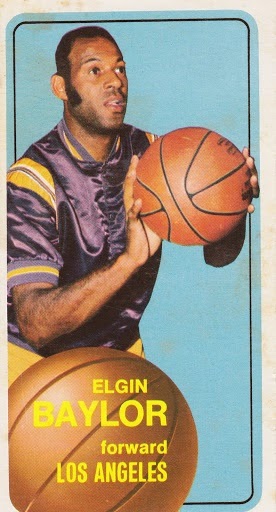 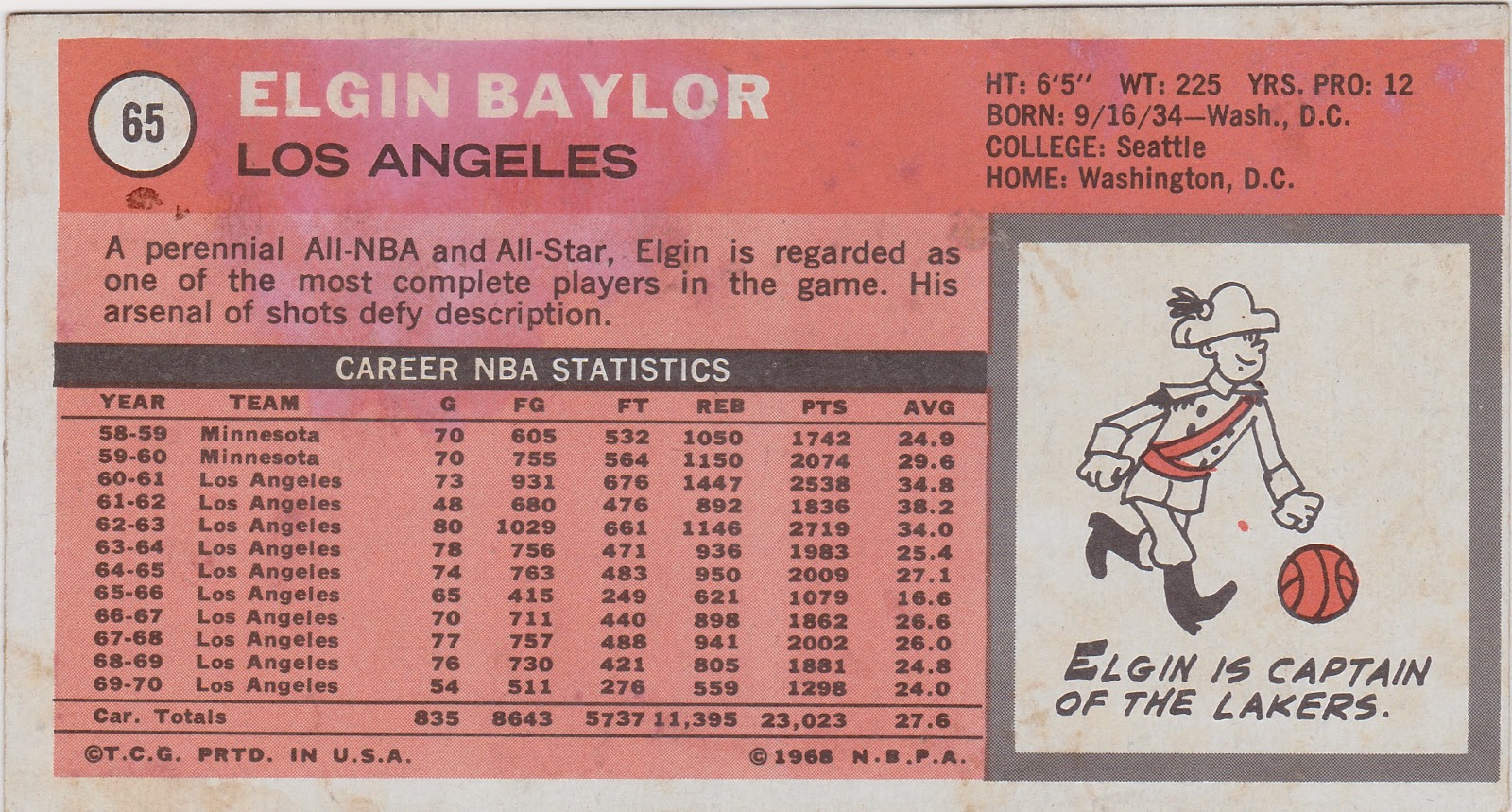 I'm soooo out of touch with basketball. I was watching the local sports segment yesterday and there was a report on the Houston Rockets holding 'Media Day', showing off some new uniform, etc. They had the typical presser with players sitting at a table talking. Dwight Howard, one of the two Rockets I can actually name, was talking about the numerous players that apparently are gone from last year's team. He slowly rattled off about six names. I think he was having trouble remembering all the dudes that have been run out of town or traded. I recognized Jeremy Lin's name.

I was wondering it that's typical of the NBA these days. Do they have that much player movement? They must have some really loose free agent guidelines. But none of that relates directly to this card of a guy I enjoyed watching when I actually was aware of the NBA.

Elgin Baylor was a scoring and rebounding machine. He was on the All-NBA team for 10 straight years, the first ten years of his career. That followed two years at the University of Seattle where he was twice named All-American in the college ranks and was the Final Four MVP. When I think of him it's always of him up in the air, either muscling a rebound or taking that jumper from near the corner.

When this card was issued his Hall of Fame career as a player was about over. If you look at his numbers you'll see that he never led the league in anything but was Top Ten (or more often Top Five) in EVERYTHING. He was just that great. If I had to win one game to save my life I'd want Baylor and Bill Russell playing on my team. After he retired as a player Baylor spent 22 years as general manager of the Los Angeles Clippers.

I'm slowly building the '70/'71 Topps hoops set....odd size, logo-less unis and non-existent team names and all. I'm about a quarter of the way through it.
Posted by Commishbob at 8:59 AM