An Orioles State of Mind 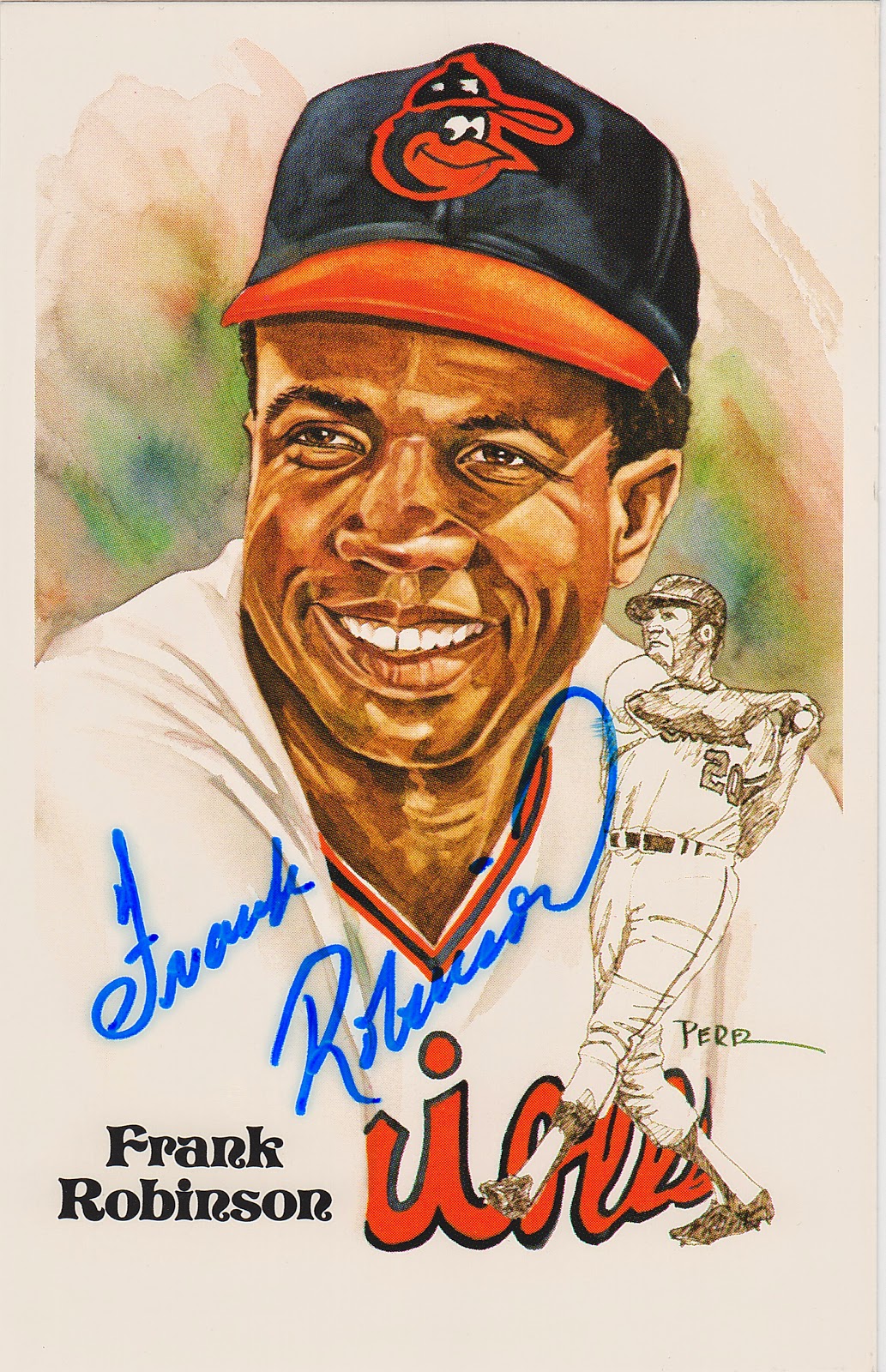 I made it out to the ballpark this past weekend to catch the four game series between the Orioles and Astros. First thing I was happy about was the super reliable Minute Maid Park wi-fi service which allowed me to stream the Rangers clincher against Montreal. Needless to say I was AT the baseball game but I was WATCHING the hockey game.

The Orioles ended up splitting the series and didn't show much with their bats for the most part but I enjoyed being out there. Seeing the O's live always gets me into more of a baseball mood and Sunday night I dug out and scanned a fair-sized pile of Orioles postcards. Lots of different eras and postcard styles were in that stack. I'm going to show a few this week over a couple of posts.

First up are these two Perez-Steele Hall of Fame cards, Frank and Brooks Robinson. I've noted before that I run hot and cold on Dick Perez as an artist. These HOF cards are his best work IMHO. Both are signed, the Brooks was an in-person sig. I can't remember about the Frank. I had him sign a few things at a small local card show many years ago and this may or may not be one of them. How odd it seems now the recall him sitting at a table in a Ramada Inn ballroom in east Houston. 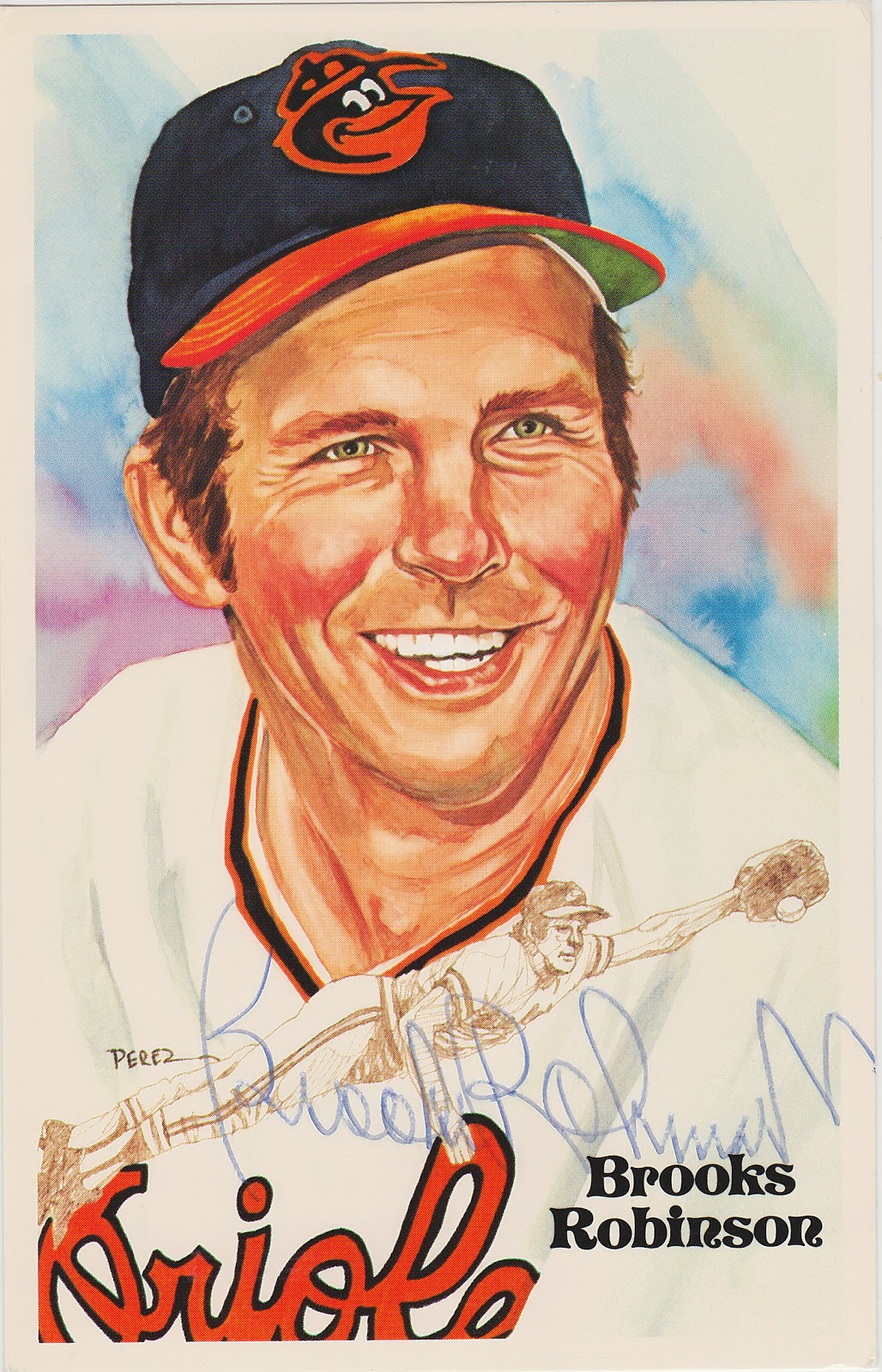 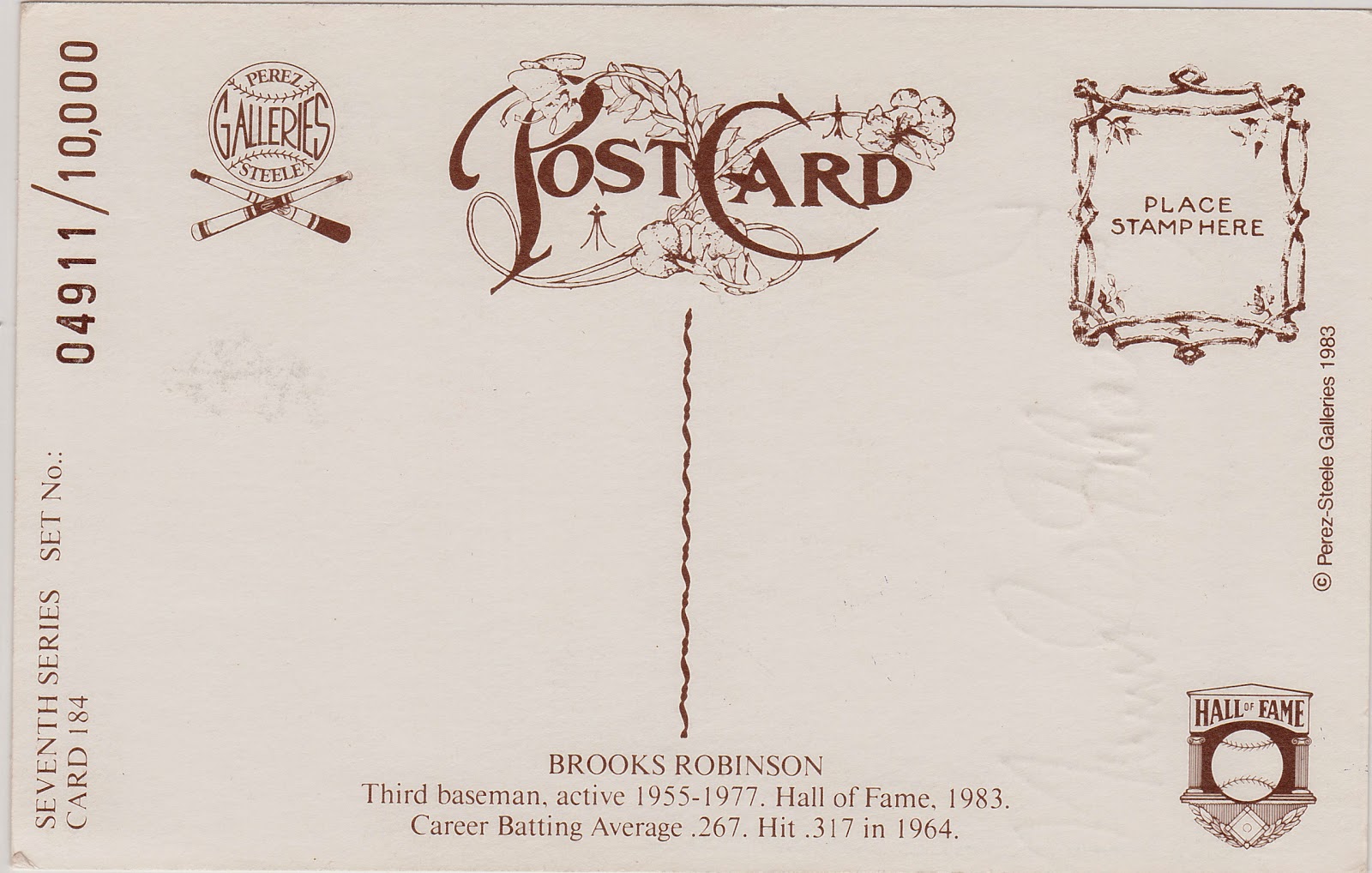 While I'm thinking about it I took a few pictures at the games. Most are pretty uninteresting but on Sunday Cal Ripken, Jr. was in the house. He signed autographs for quite awhile before the game and then threw out the first pitch. 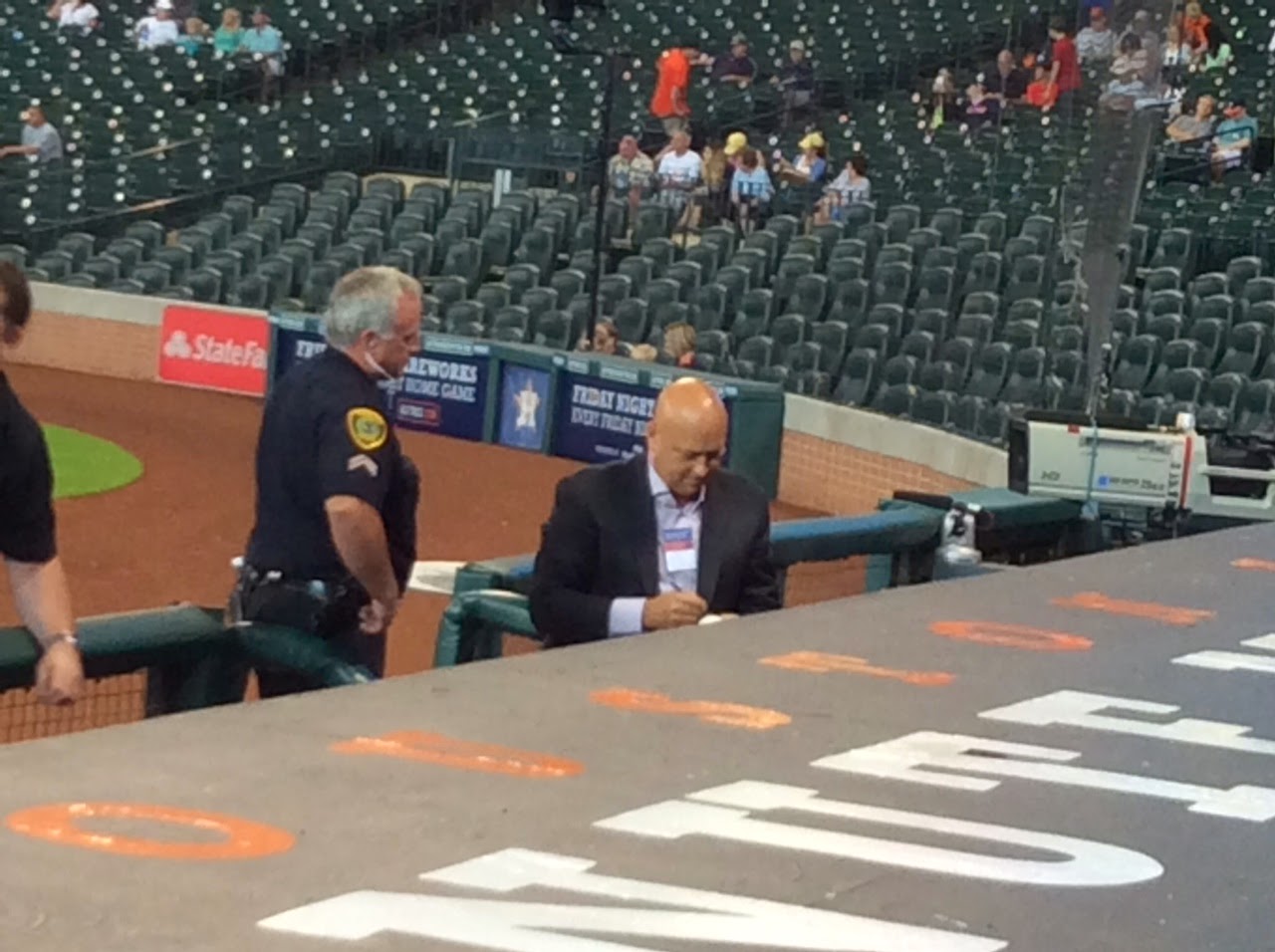 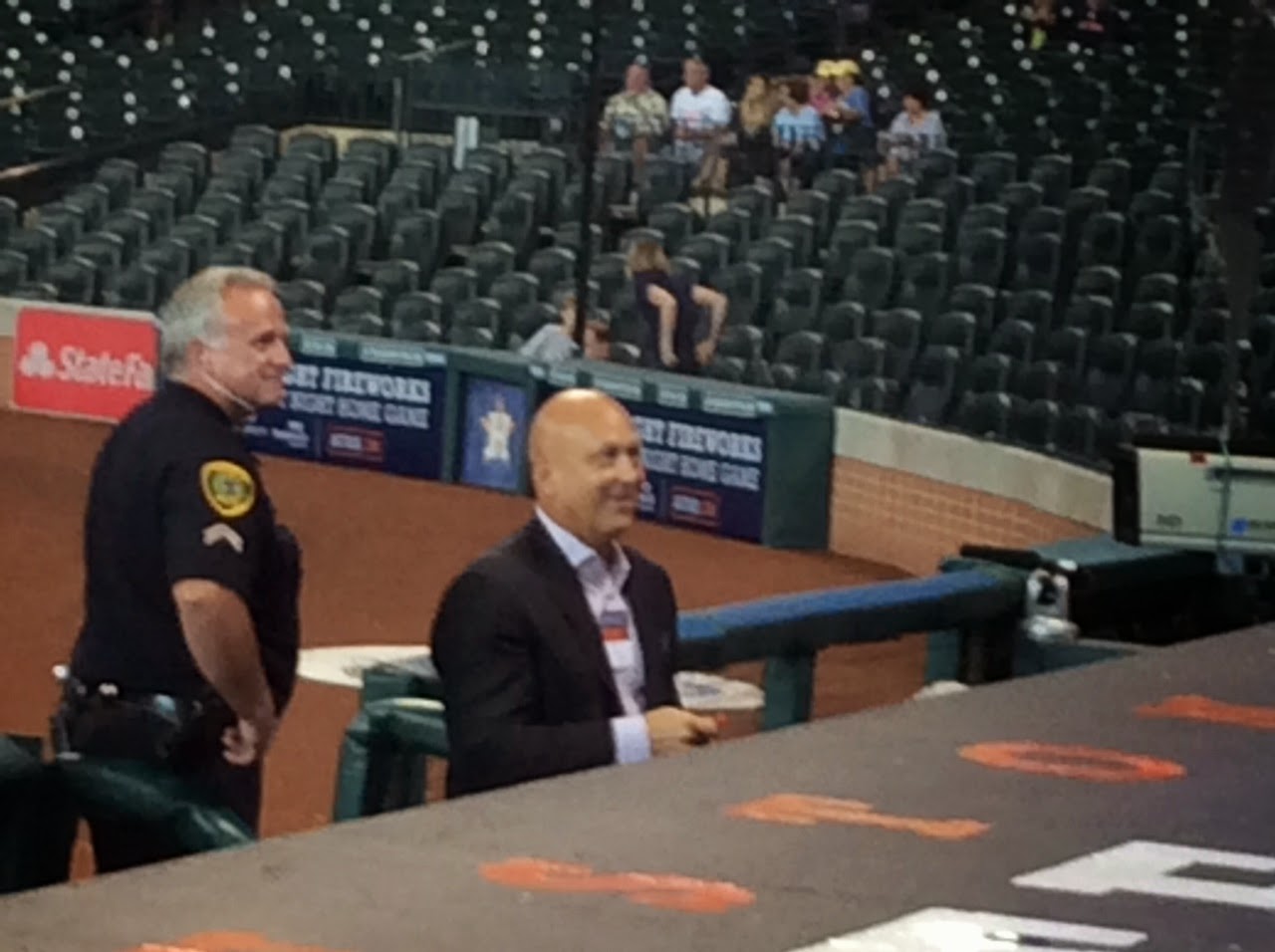 And here is the Houston Chapter of the Orioles Brotherhood hanging out after the Orioles warmed up. Many more had headed down to the dugout to pester Ripken for a sig. I followed a short time later.. Ignore the dimbulb wearing the Stretch Suba jersey over on the left. There's one in every crowd. 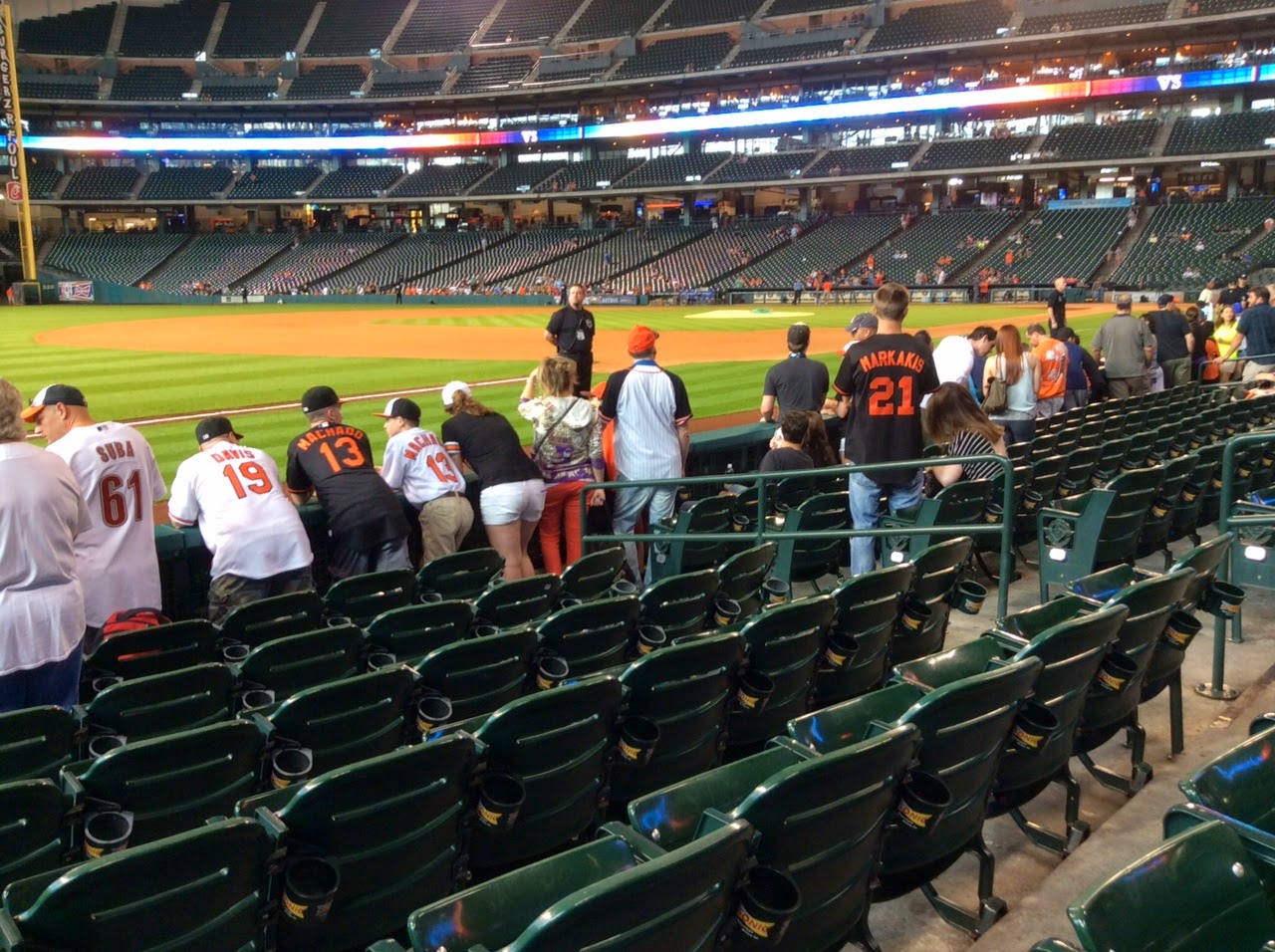 Next up are some JD McCarthy postcards. The Jim Northrup is pretty much a standard issue JDM example. The logo is the one that most of his postcards carry.  The backside has the McCarthy info but no stamp box. Northrup played the final two weeks of the 1974 season with the Orioles and stayed through 1975. The picture is from Tiger Stadium and the O's ended the season there and I can see Cleveland at Boston listed among the out of town games on the scoreboard and that matches up. We can date this photo to October 1st or 2nd of 1974. All that and 4 bucks will get you a cup of coffee at Starbucks. 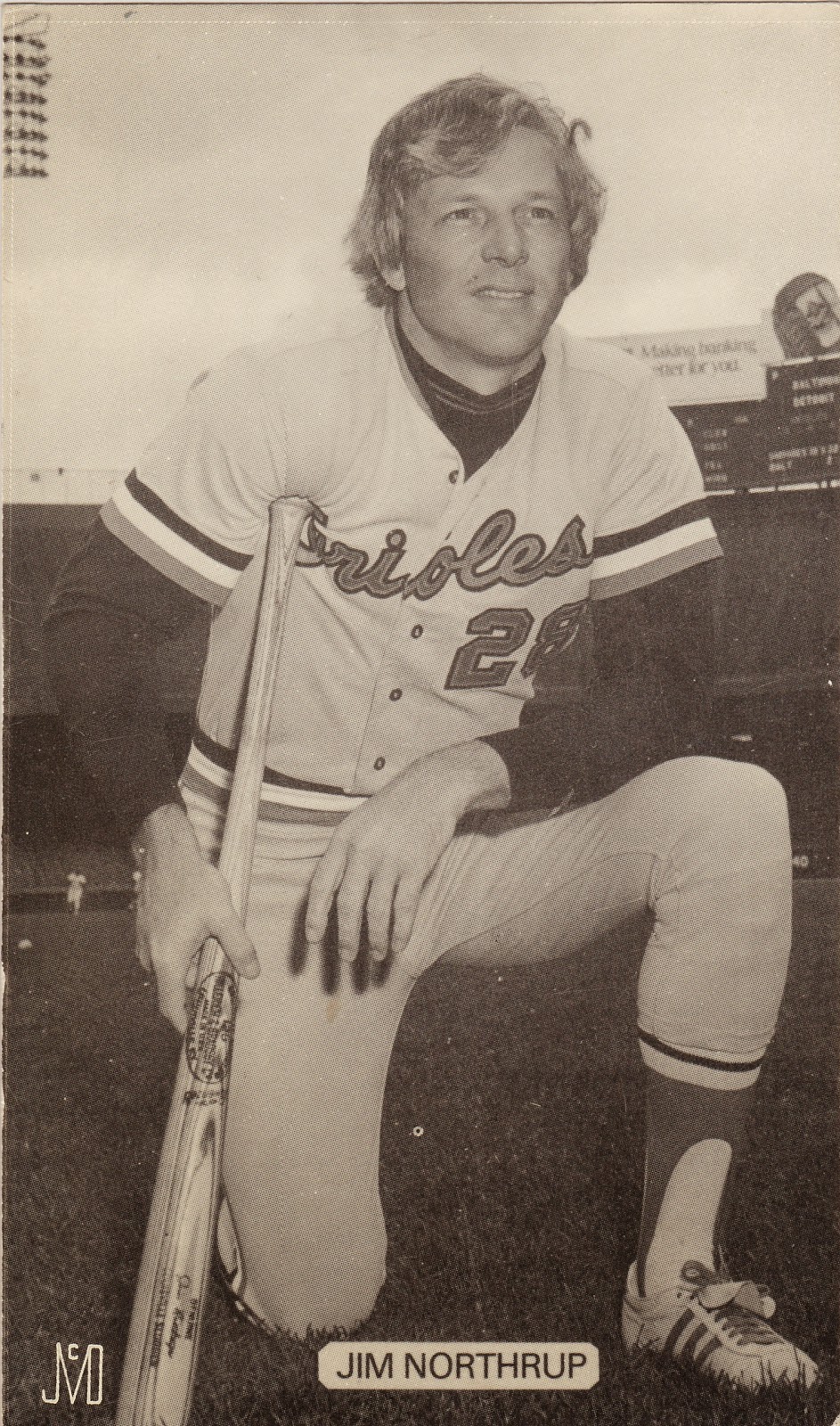 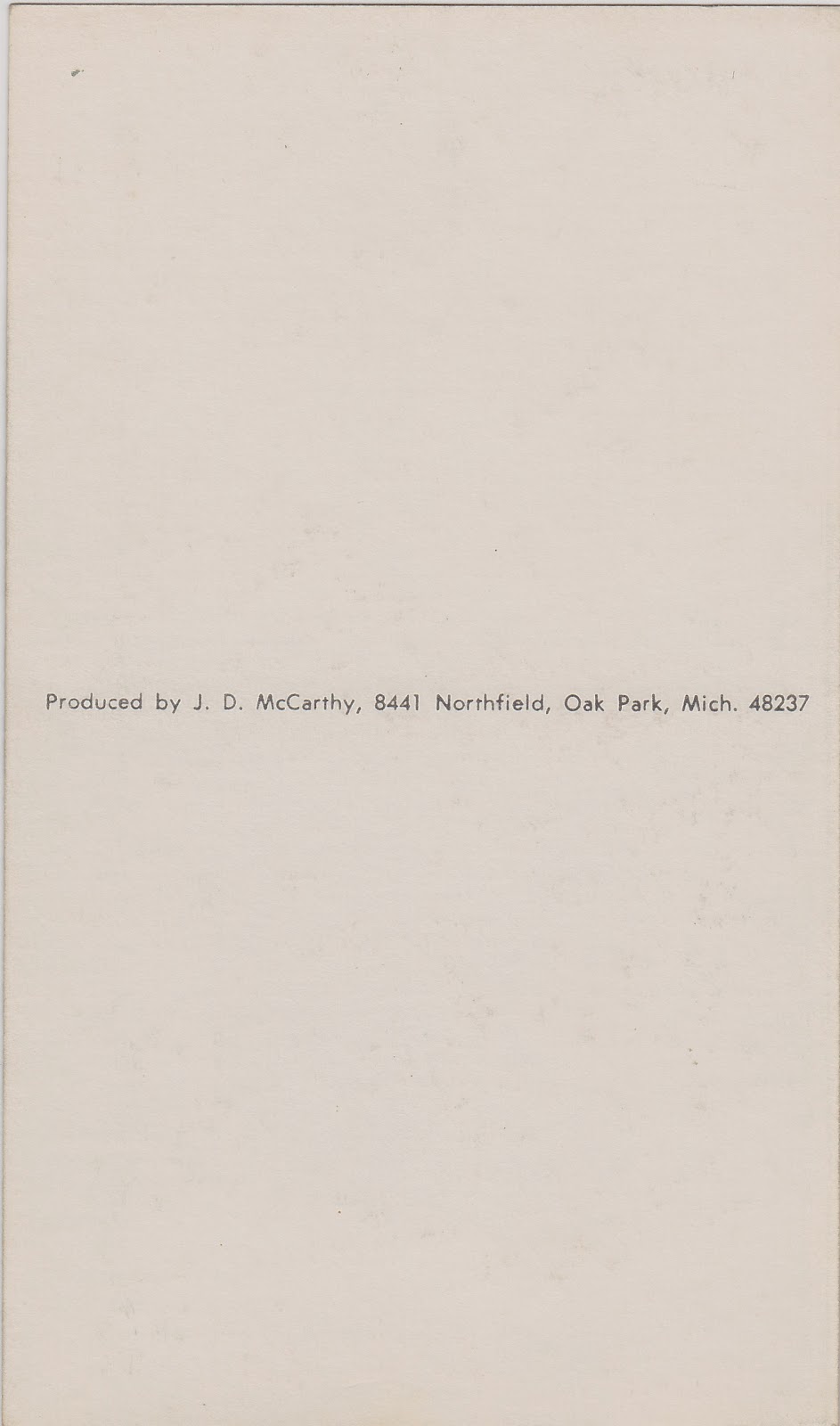 I really love this Milt Pappas postcard issued by JDM. It's quite different from the other McCarthys I have. No logo on the front and it has a 'postcard' back. One of these days I'll do a little research into some of this stuff. This is a spring training shot. 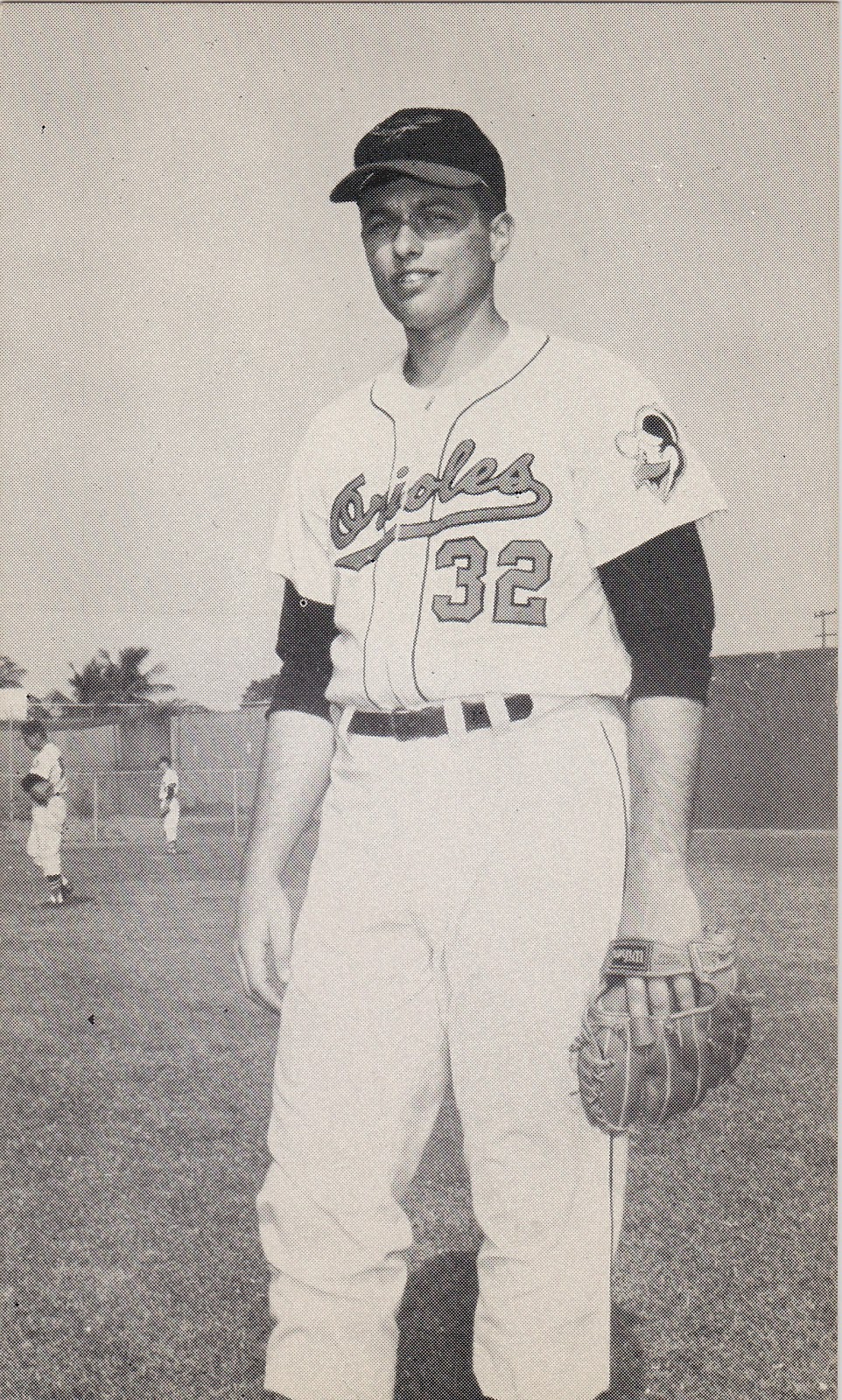 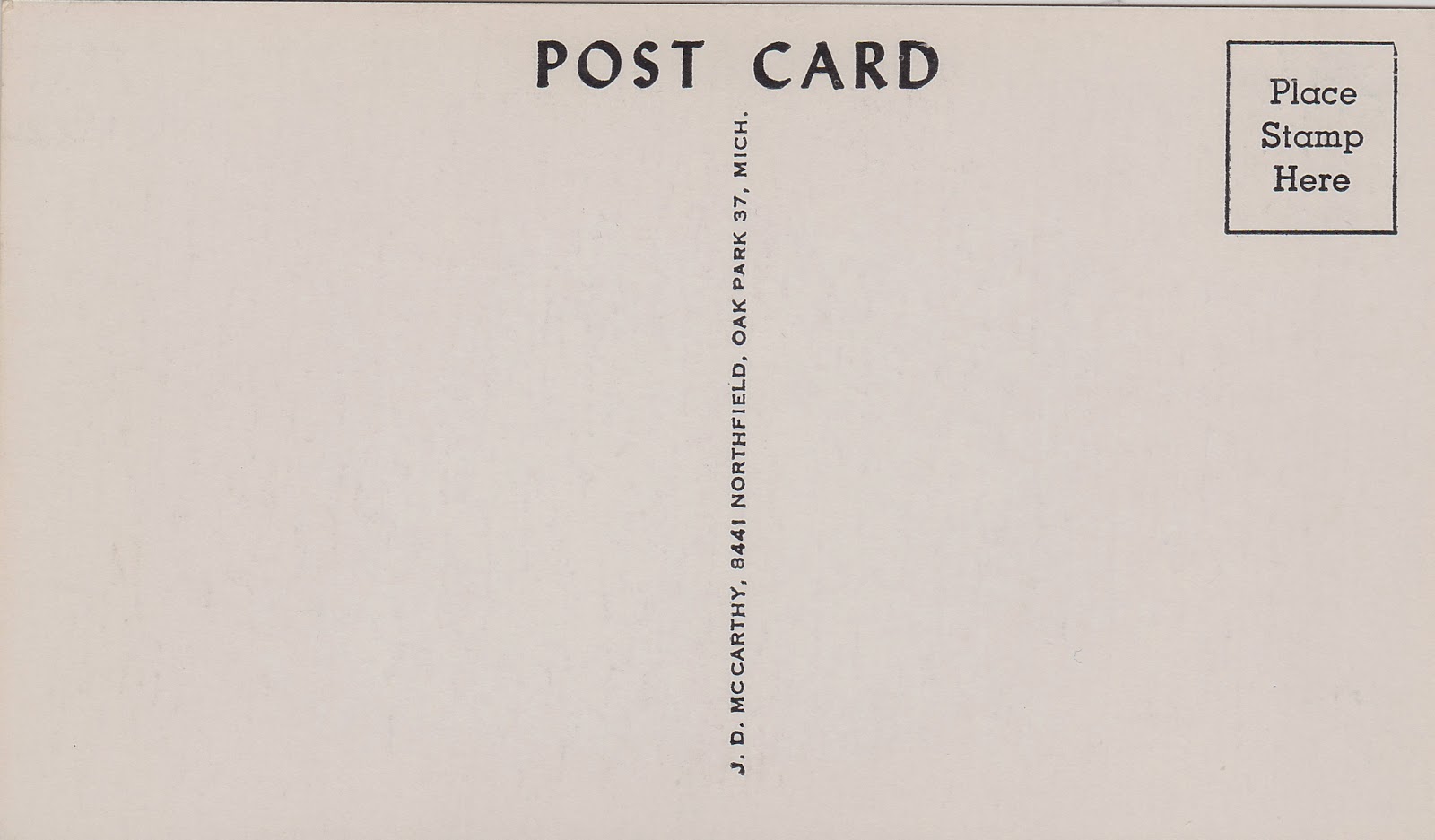