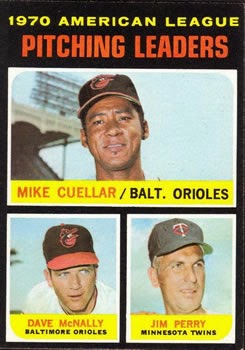 ....something really neat happened (if you were an Oriole fan in 1974). On September 6 of that year the O's got complete-game pitching performances by Dave McNally and Mike Cuellar. The Orioles sweep a doubleheader by stopping Cleveland twice, 2-0 and 1-0. The wins that days were the fourth and fifth consecutive shutouts thrown by the Birds. That established an American League mark by hurling 54 straight scoreless frames.