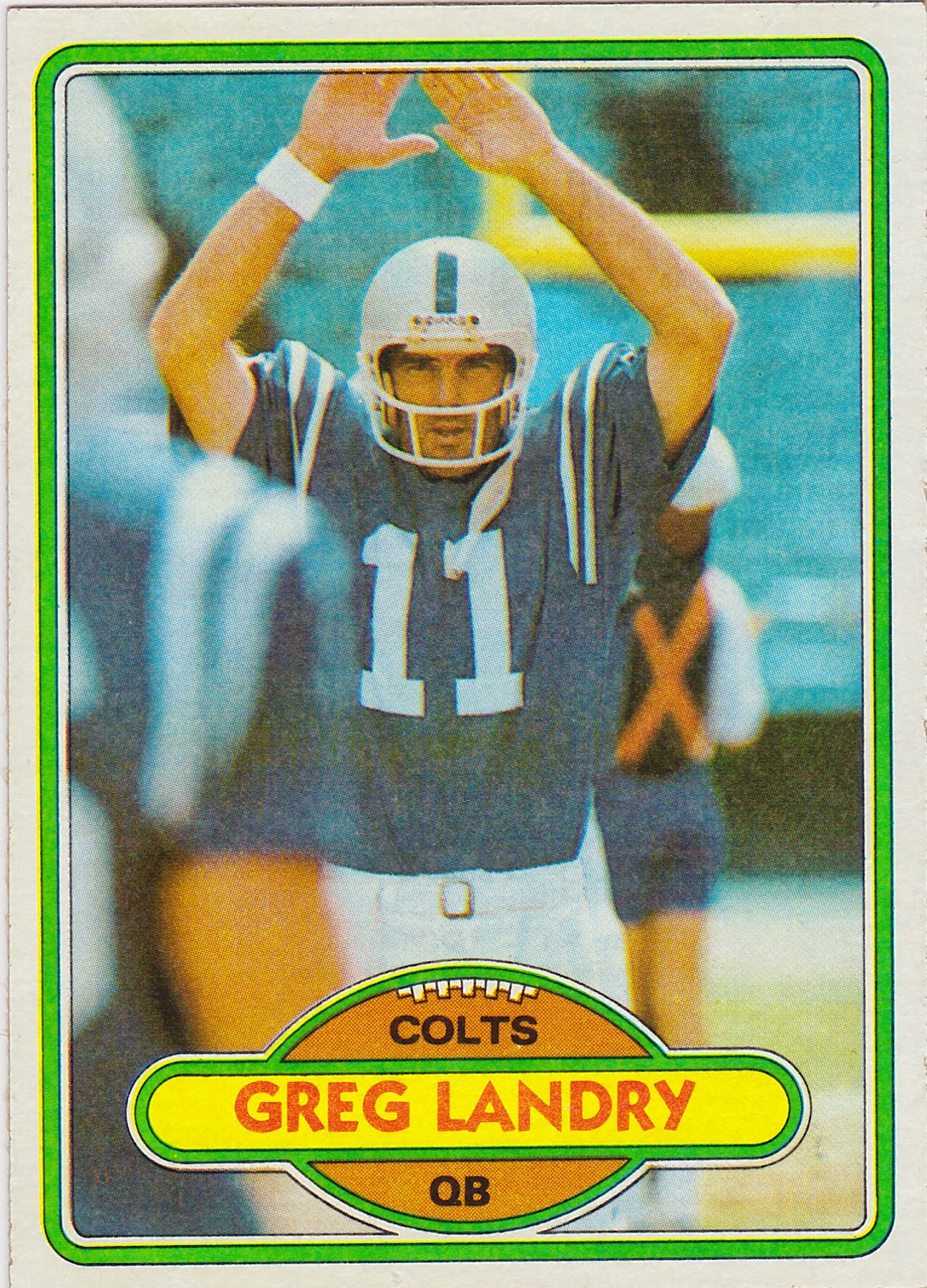 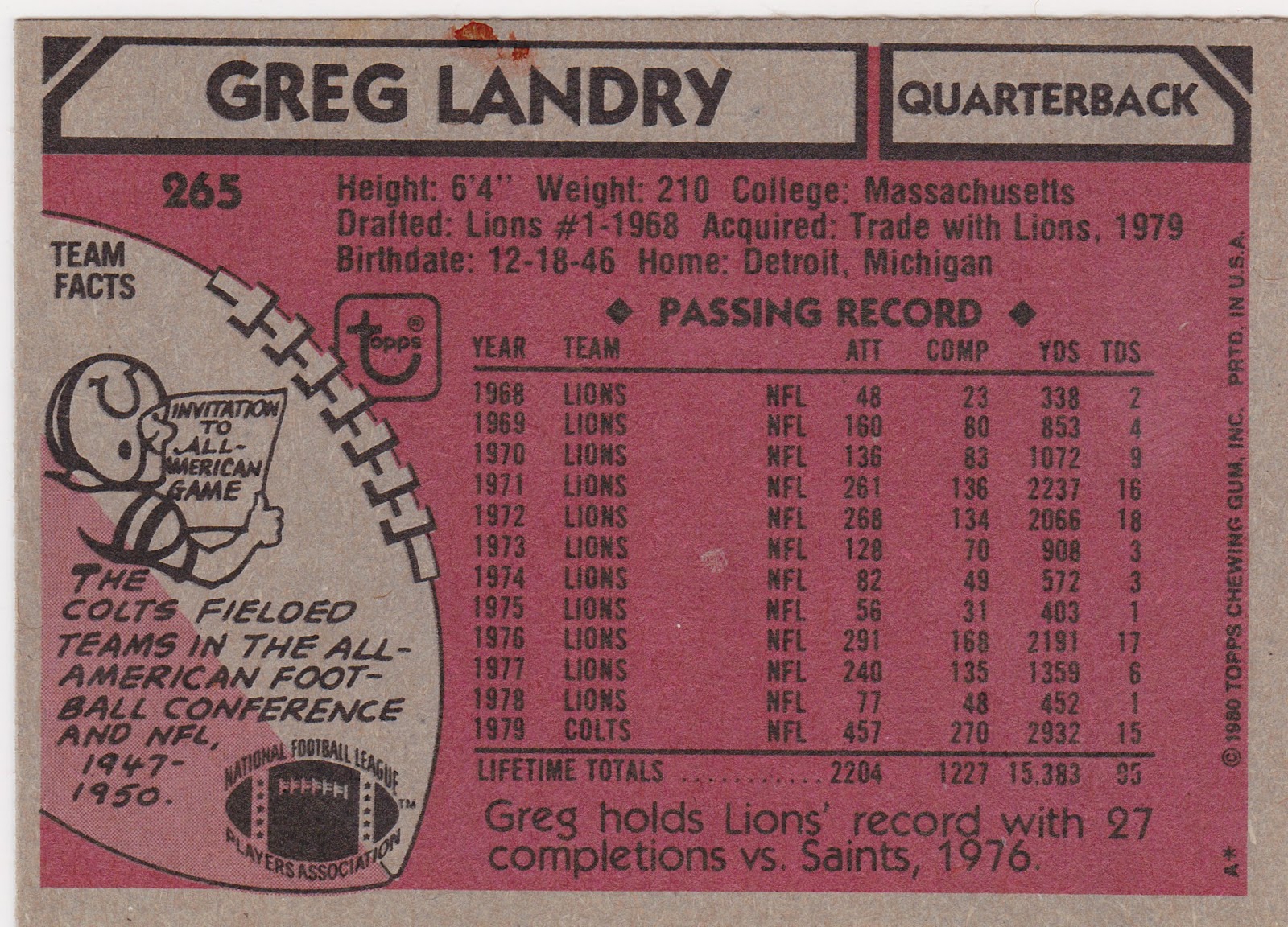 NFL Info: Greg Landry had a long professional career, mostly with the Detroit Lions from 1968 through 1978. He had a couple of different stretches as starter during that period then moved on to the Colts for a couple of seasons including as the starter in 1979. He finished his playing days with the USFL and a stint with the 1984 Bears.

Fantasy Impact: I had Landry as a reserve briefly in 1981. I picked him up as a 'handcuff' to Bert Jones (although that term wasn't used back then). When I acquired Tommy Kramer for Jones in mid-season my need for Landry was gone, and so was he.

The Card: The 1980 Topps design is about par for that era's Topps football course. Without the official NFL license Topps couldn't use the teams' logos. The name box with the football could have been smaller but there is still plenty of picture expanse on there.  The back isn't the easiest to read but it sure includes a lot of stuff, stats, cartoon, vitals, and a random fact.

I actually like the design but I can't tell you if it's how i see the card or because of the general wave of nostalgia I feel for vintage-y football. Landry looks to be working out pregame in a nearly empty stadium.
Posted by Commishbob at 6:00 AM