I just found out on Monday that there is something called the 'Golden Age' Hall of Fame ballot. Ten former players (and an exec I think) are up for election. The names include Dick Allen, Tony Oliva and more. Billy Pierce is also among the nominated players.

While it would be cool for him to make the Hall I have no expectations of him doing so. To be honest I'm in the 'too many guys get in now' camp. But that's a thought for another day.

I recently picked up my second 1980 Marchant Exhibit card. These are reprints of the original 'arcade' Exhibits and I discussed them a few weeks ago.

They come in three colors, a 'rainbow' as it were, and I have the red and blue tinted ones now. I need the sepia one. Funny thing is the original Pierce Exhibits are much more plentiful than Marchant's reprints. 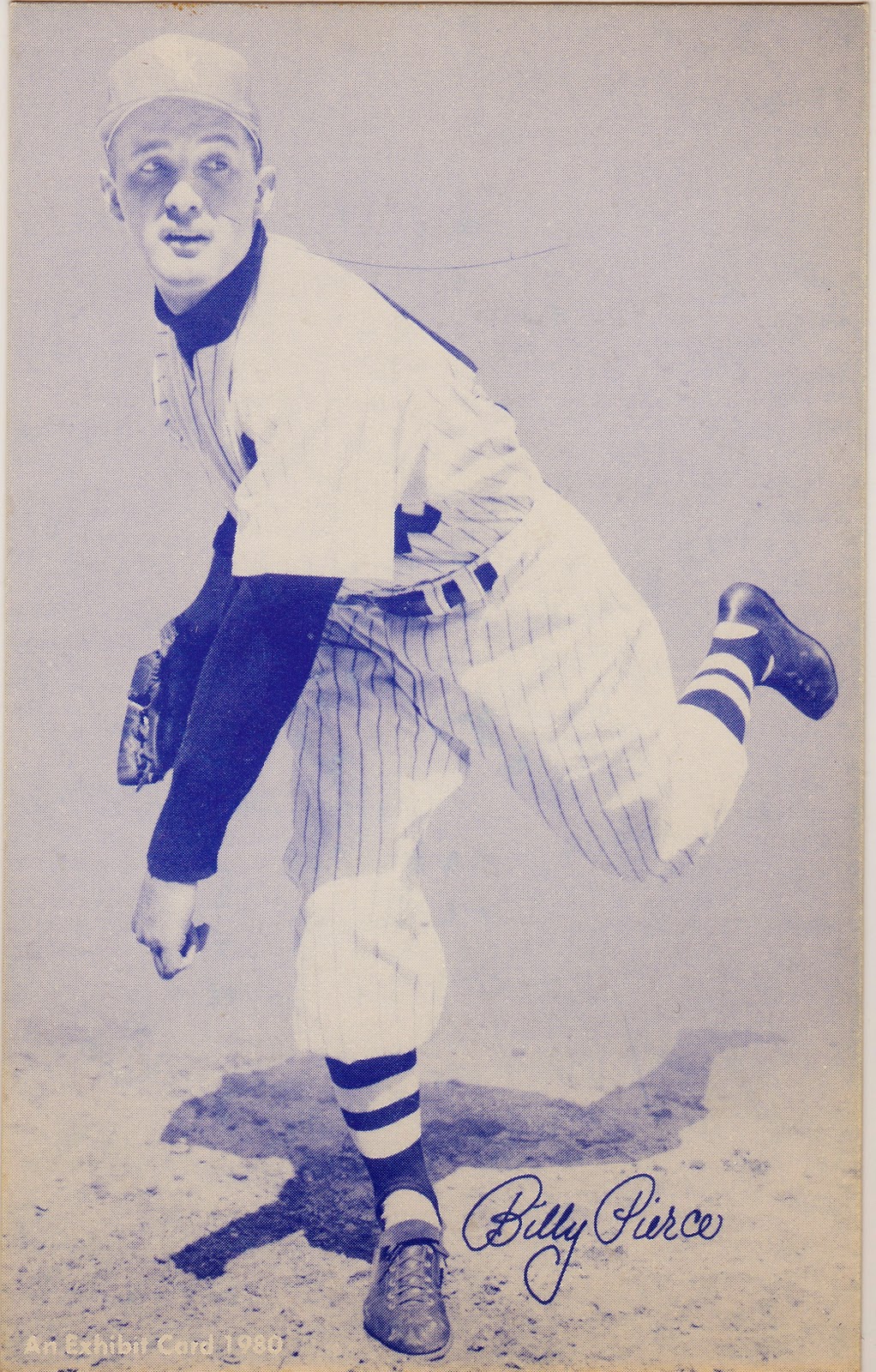 I found a listing on eBay for Marchant Exhibit Ernie Banks cards and the photo showed a Banks 'rainbow'. The seller calls them Sepia, blue and brown. That means either the 'brown' is what I've seen called 'red' or there is another color in the 'rainbow'. 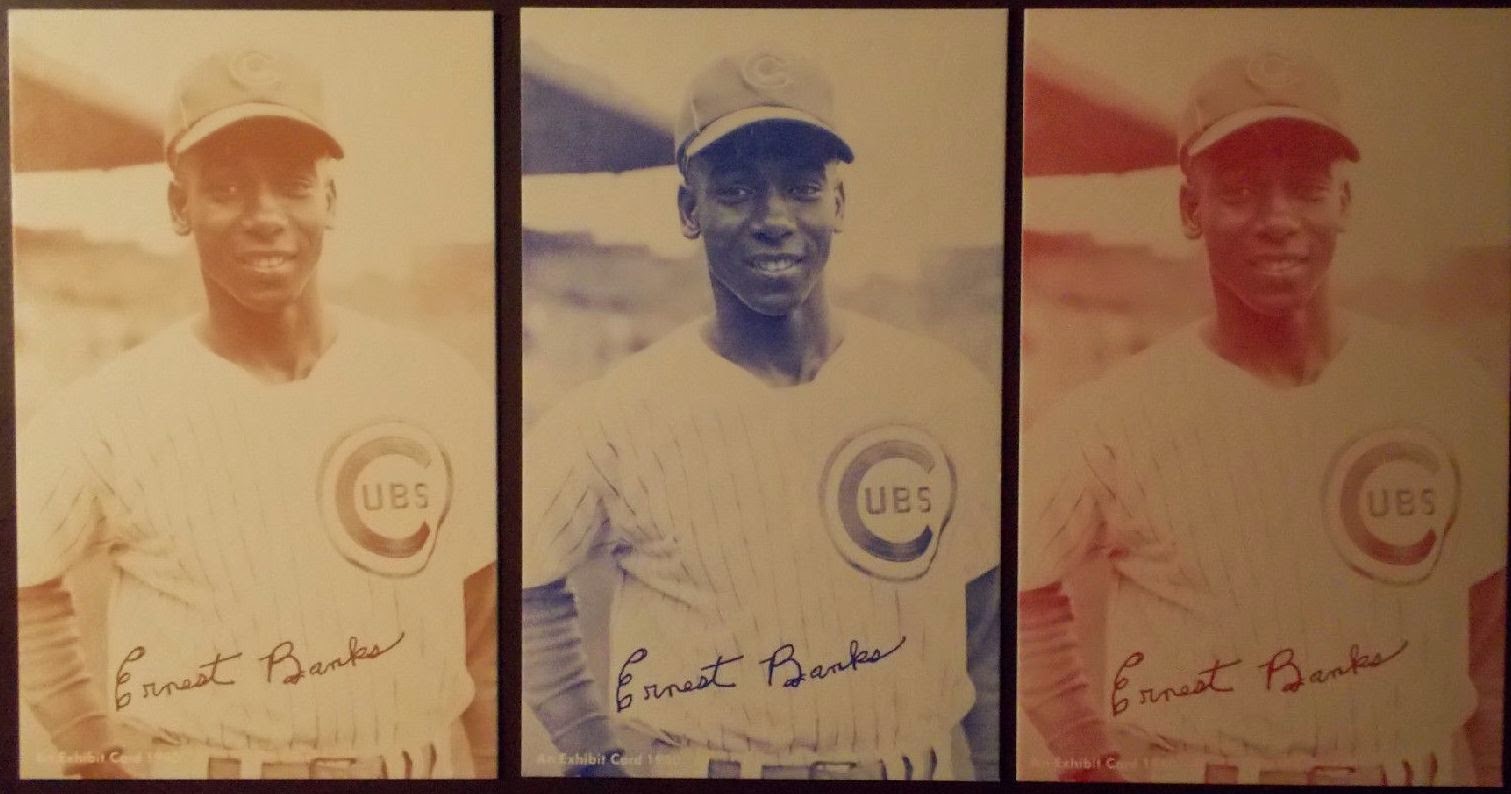 The Pierce was part of a two part eBay 'lot' which included this Jimmy Piersall. They cost me $2 total and I was happy to pick up the Piersall. He's quite a story. 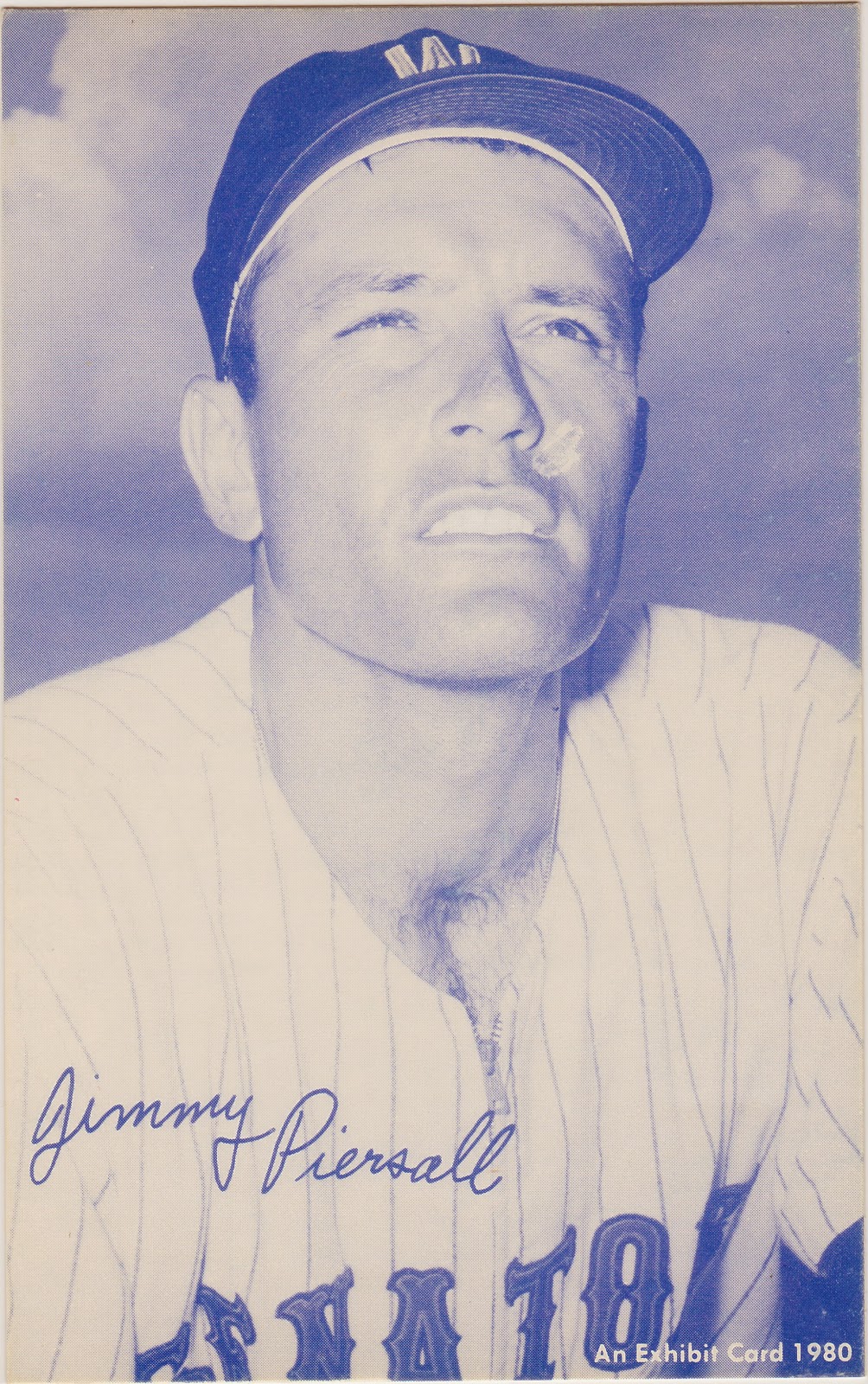 Finally here's an oddball Pierce item I found while searching for something else. The stadium cup was listed as a 1996 item. Billy shares the side of the cup with Minnie Minoso and Sherm Lollar. 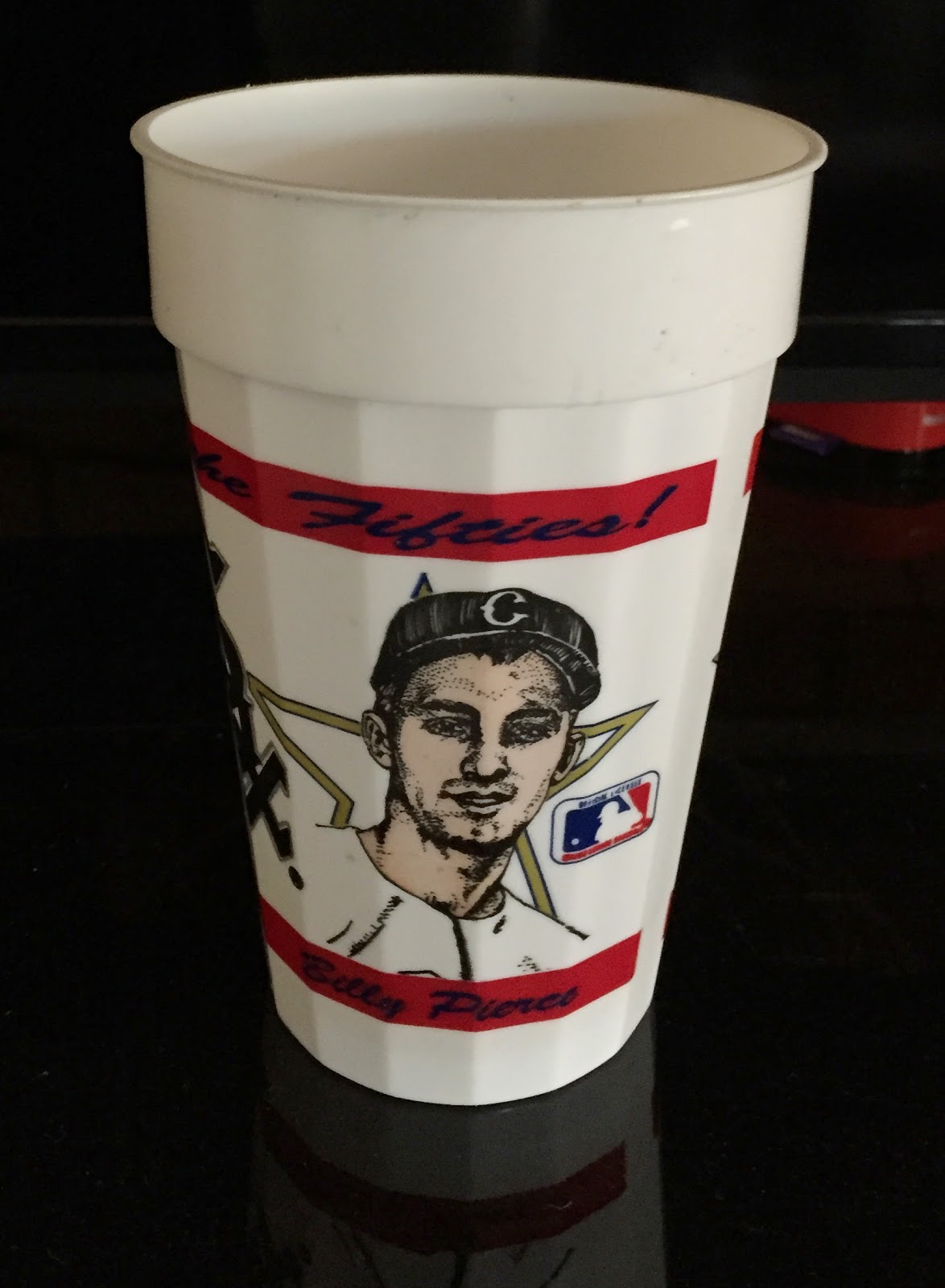 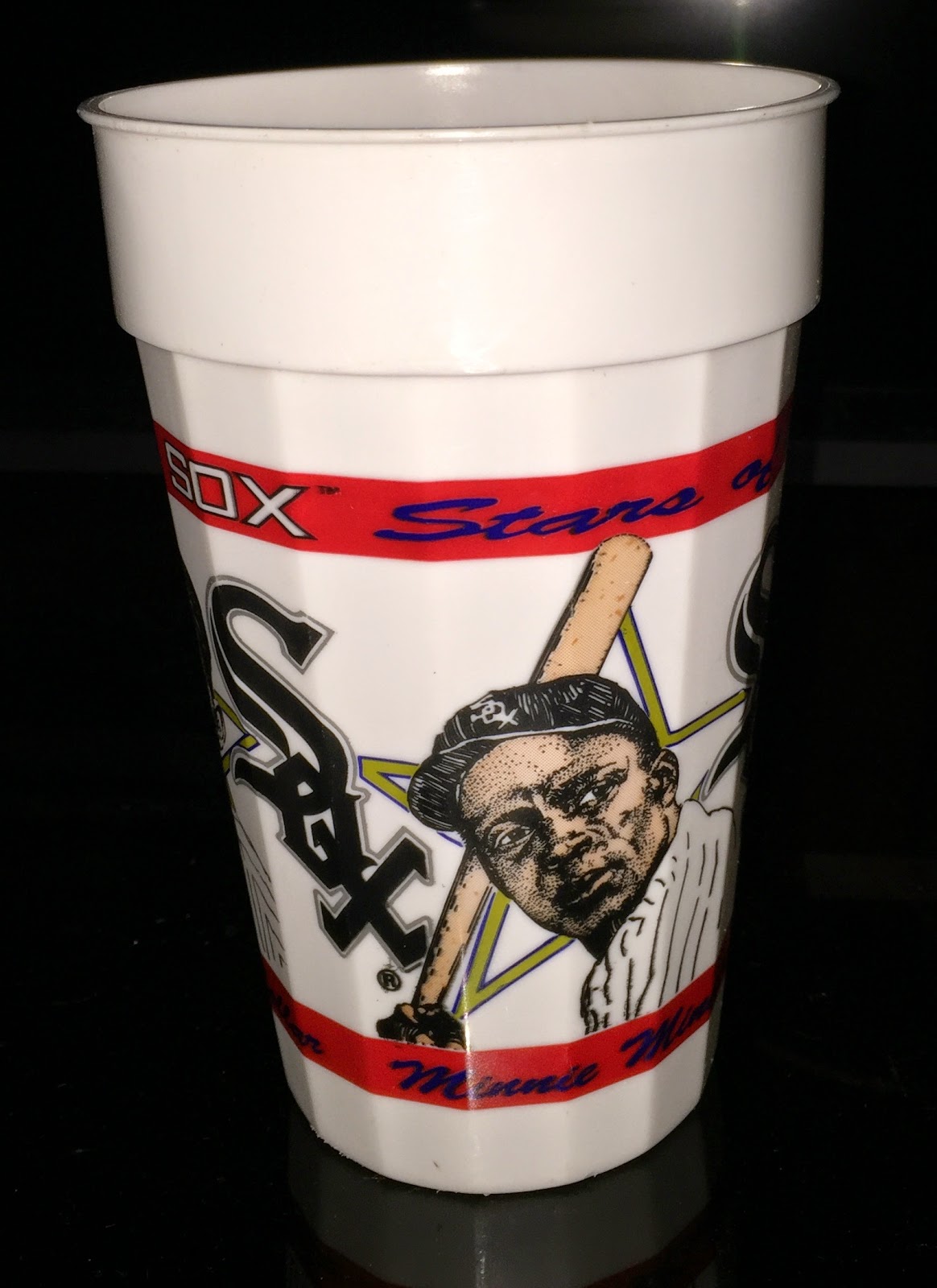