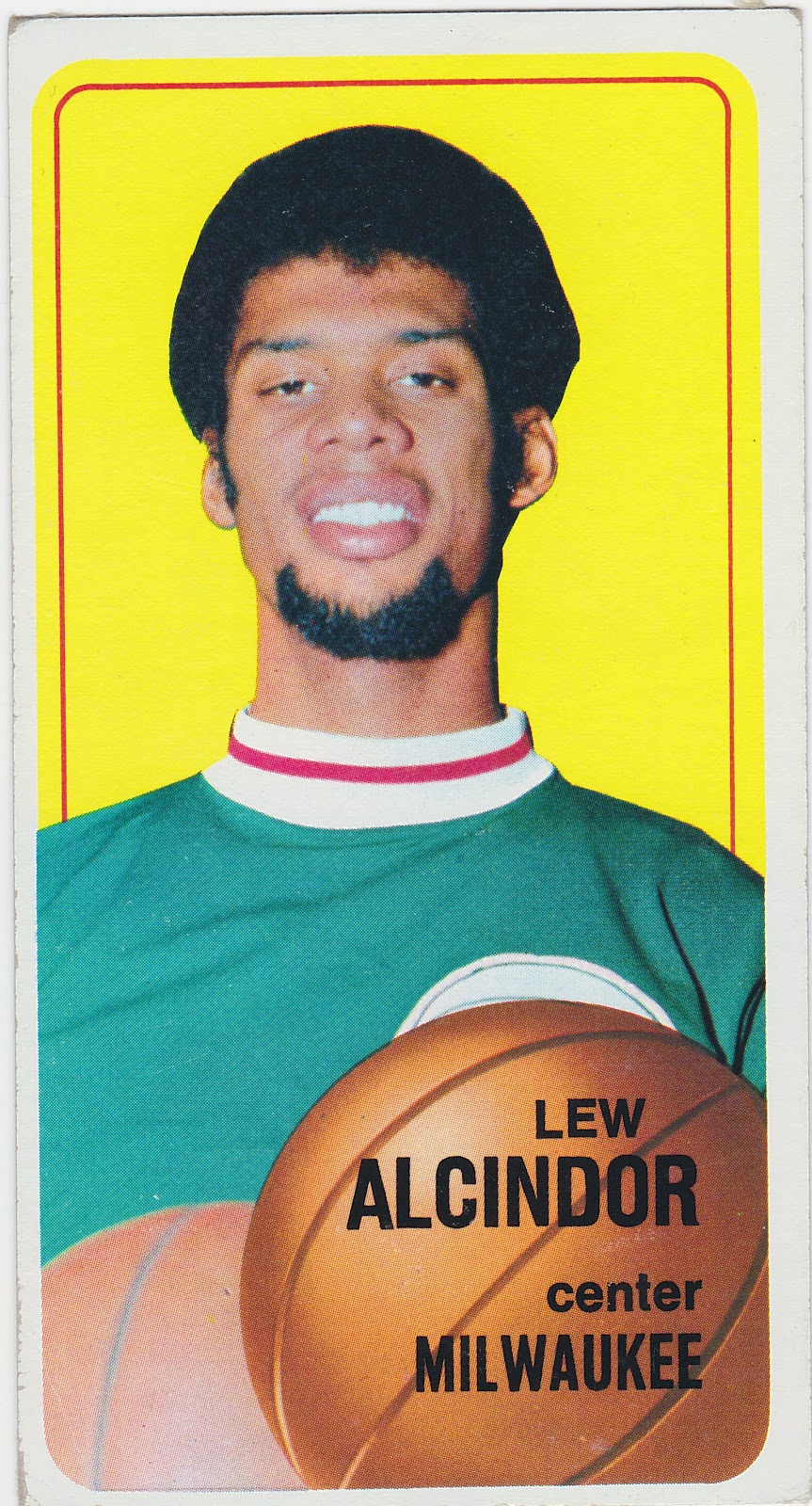 Surprisingly the 2nd year Lew Alcindor (soon to be Kareem Abdul-Jabbar) is a very reasonably priced card in the 1970/71 Topps basketball set. I expected it to be the most costly but then again my knowledge of hoops sets is very spare. With only one season of stats to put on the back Topps had plenty of room for a nice write up of the most heralded player of his generation.

I recall the hoopla that surrounded Alcindor when he was approaching his college decision. He played at Power Memorial located on West 61st St. in Manhattan and wasn't far from where my father had his office. Later I saw him in the 'Game of the Century' at the Astrodome against Elvin Hayes' Houston Cougars. I've told that story several times here and won't repeat it now.

Some of these Topps hoops cards have terrific cartoons and Alcindor's is one of them. Who knew Big Lew played the congas for fun? But this isn't the best cartoon of this group. Hold on, that one is coming up. 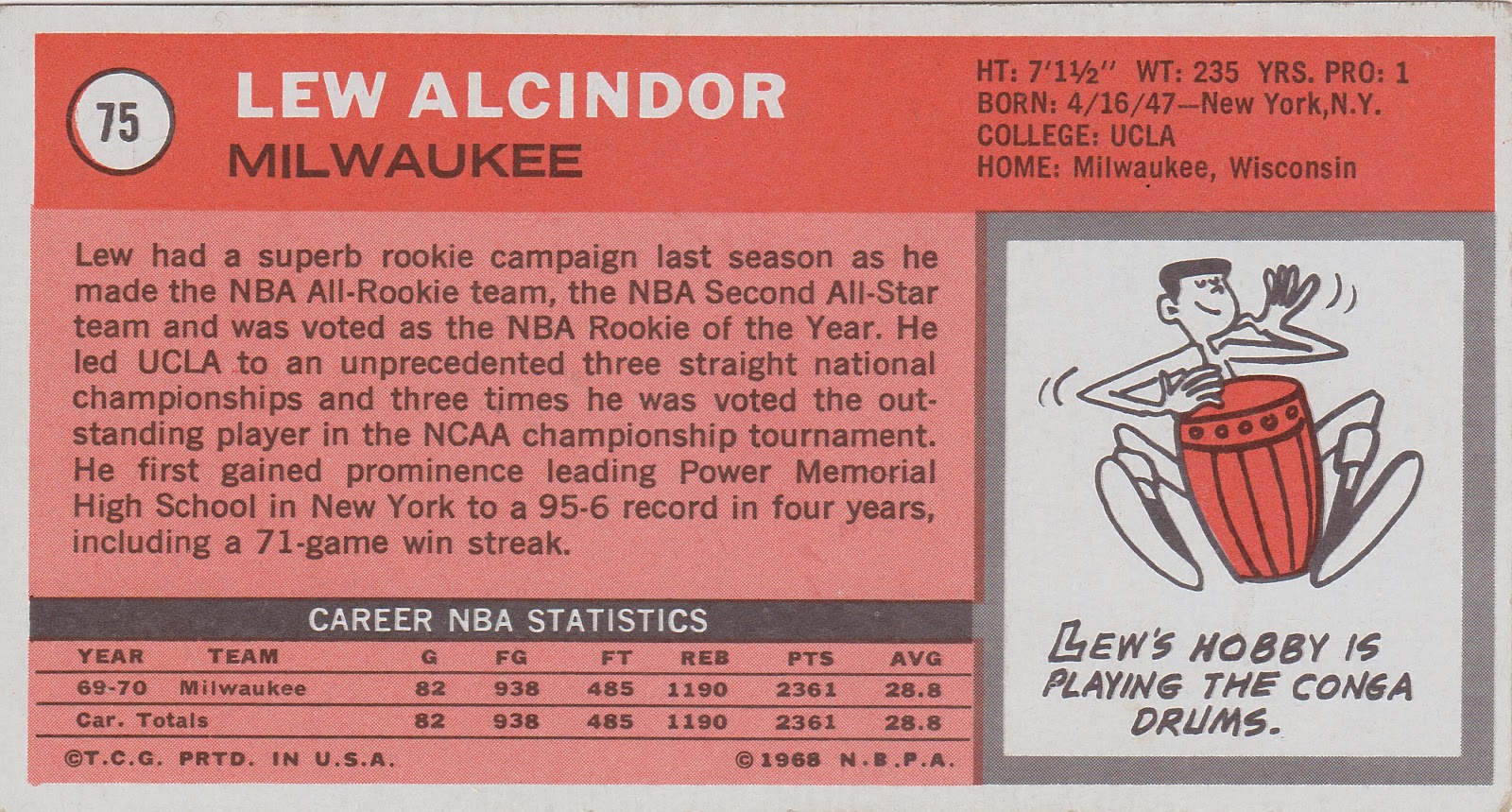 And here is a trivia bit that I was unaware of until just as I was checking some facts a few minutes ago: his given name is Ferdinand Lewis Alcindor, Jr.

Gus Johnson was a rim-rattling forward with the ability to bring the arena to it's feet with some strong and acrobatic moves. He was a lot like one of my favorite players, Connie Hawkins but he had more bulk and strength. 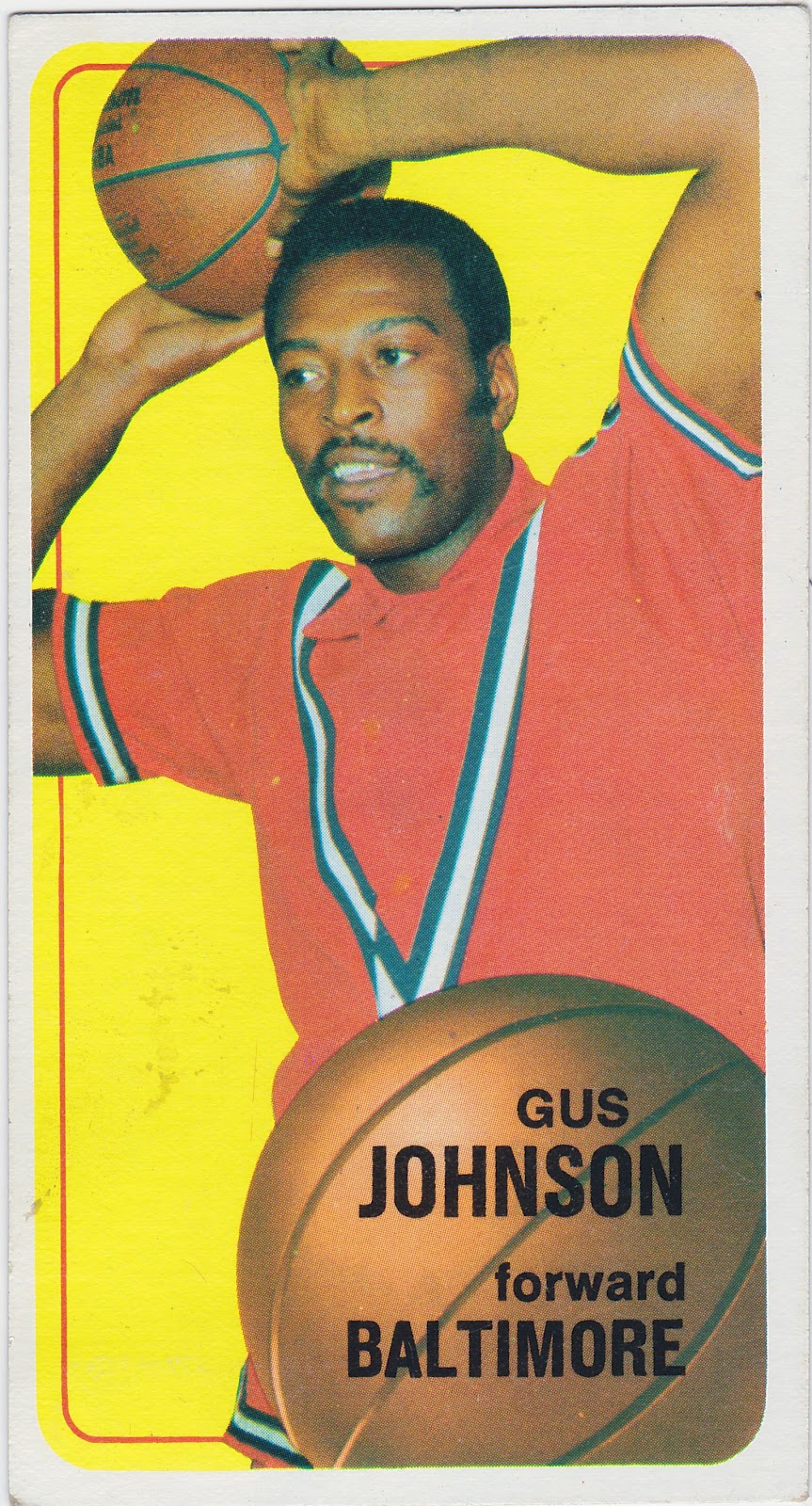 Otto Moore moved on the the Houston Rockets in 1972 when I was watching them closely and he was a crowd favorite (although 'crowd' may be too generous a word). He was second to Rudy Tomjanovich in rebounds and scored 11 PPG. 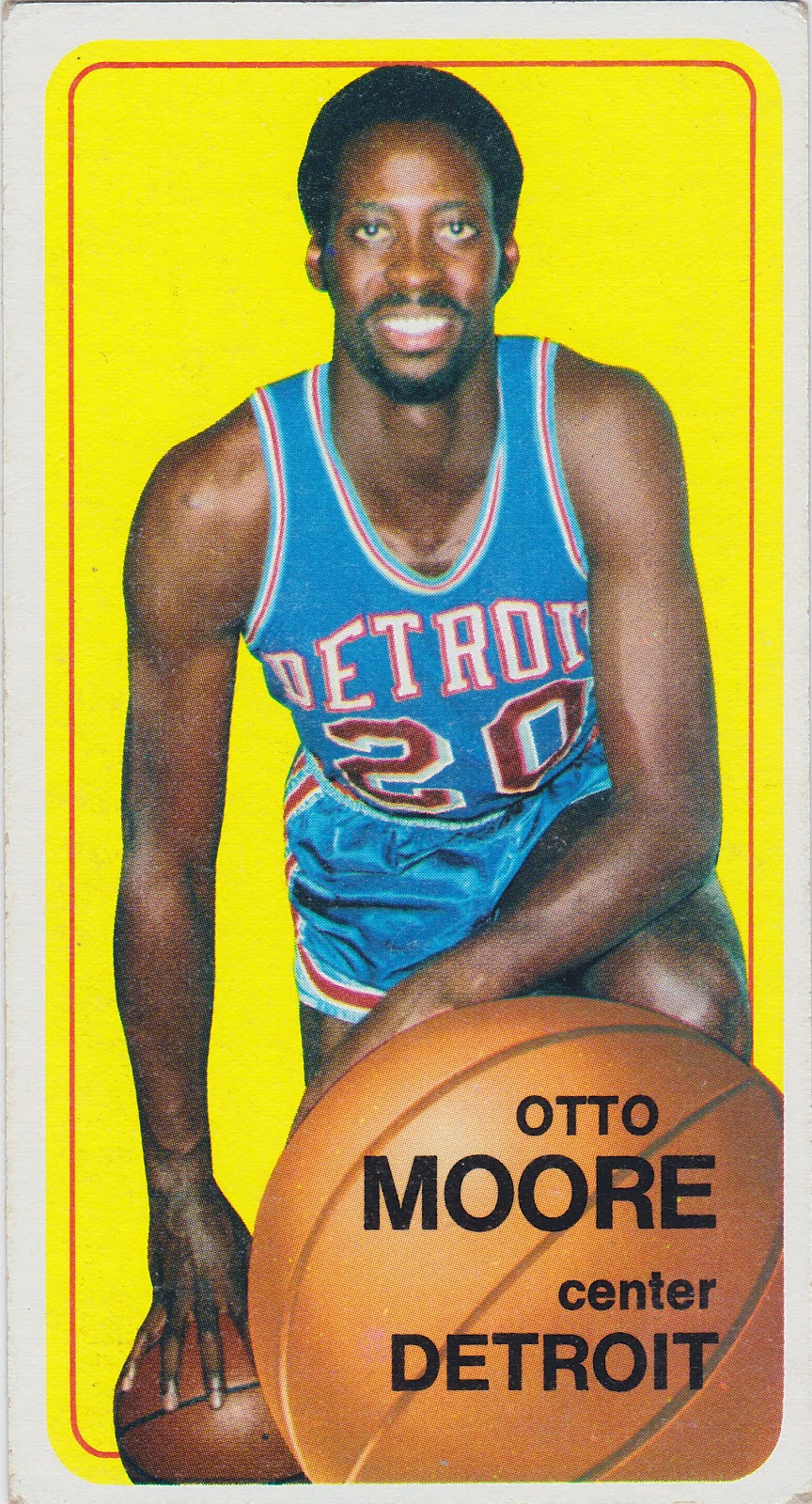 This is the only 'leader card out of the set that I've picked up so far. I've put off looking for them because they don't excite me much. 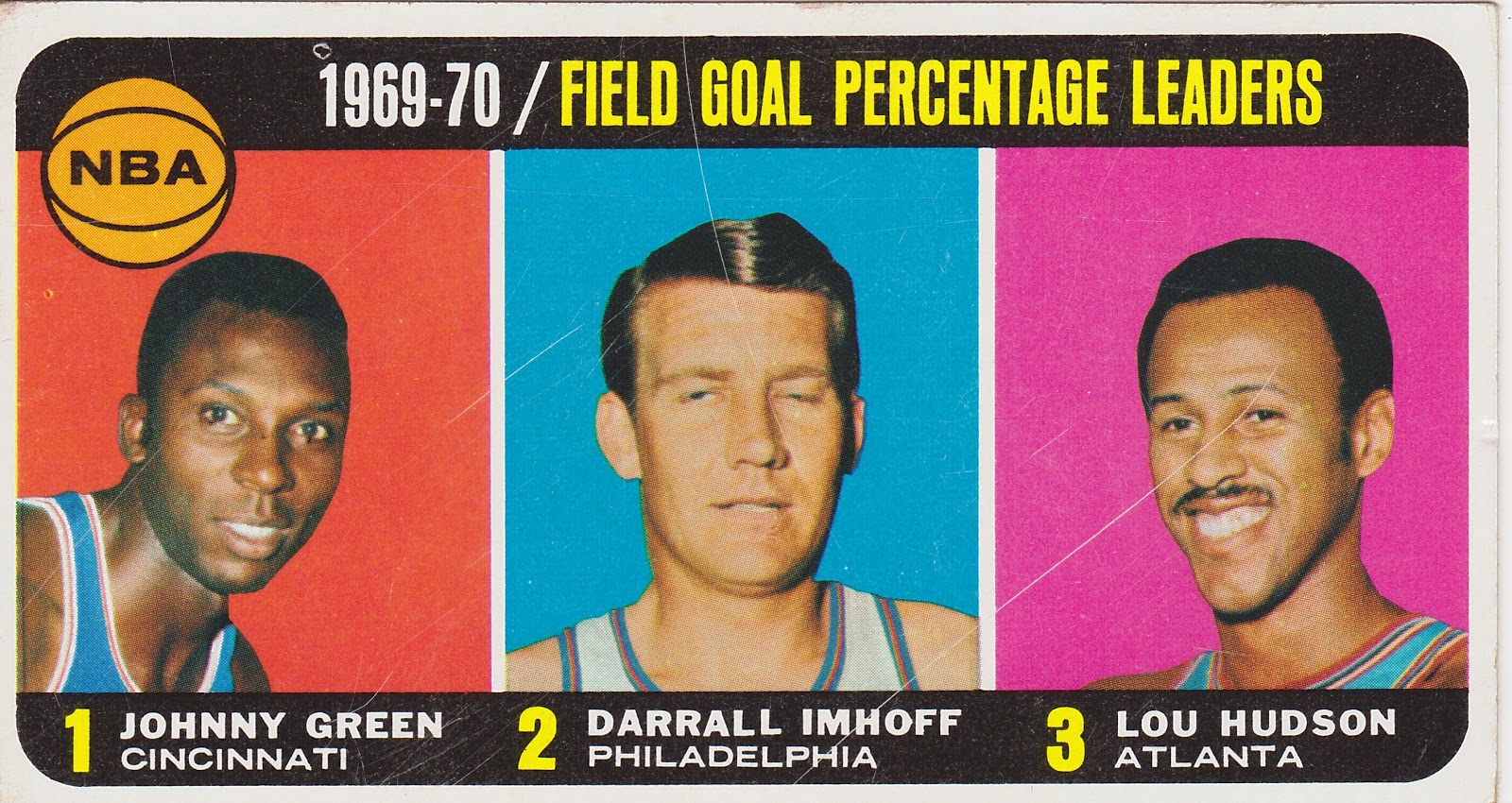 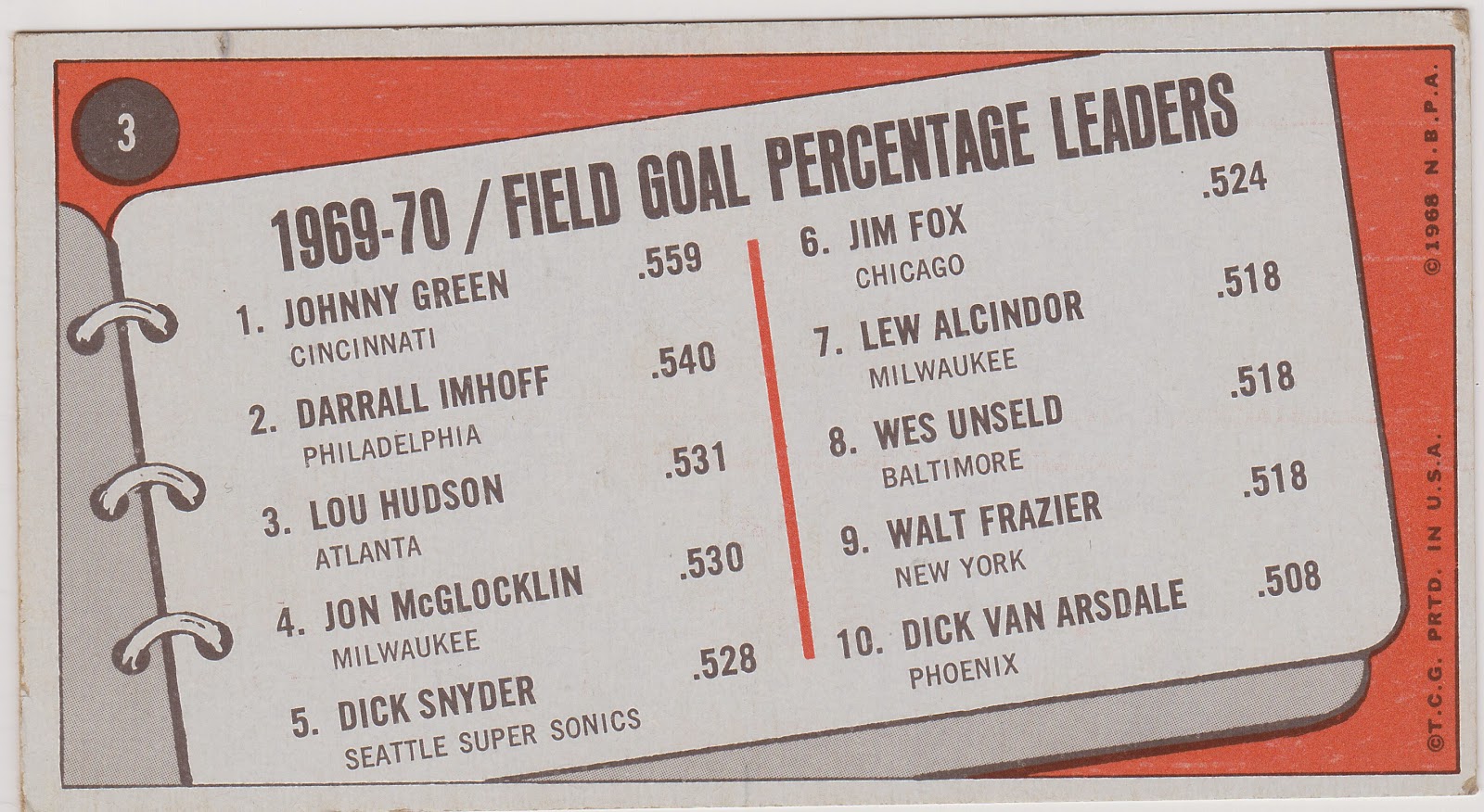 Now here is the back of Gus Johnson's card. Sorry for the crooked scan but check out that cartoon! 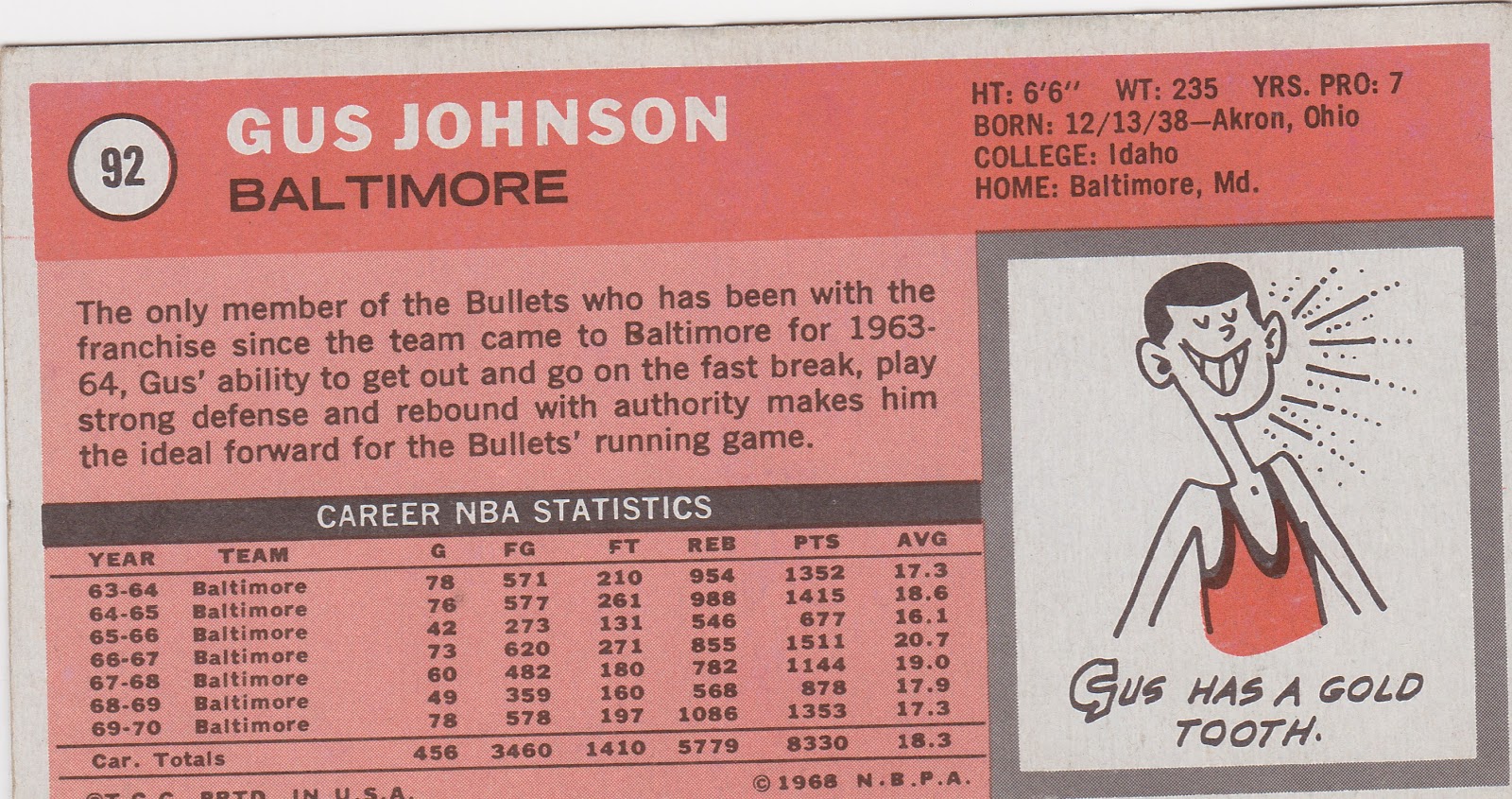 Is that priceless or what?