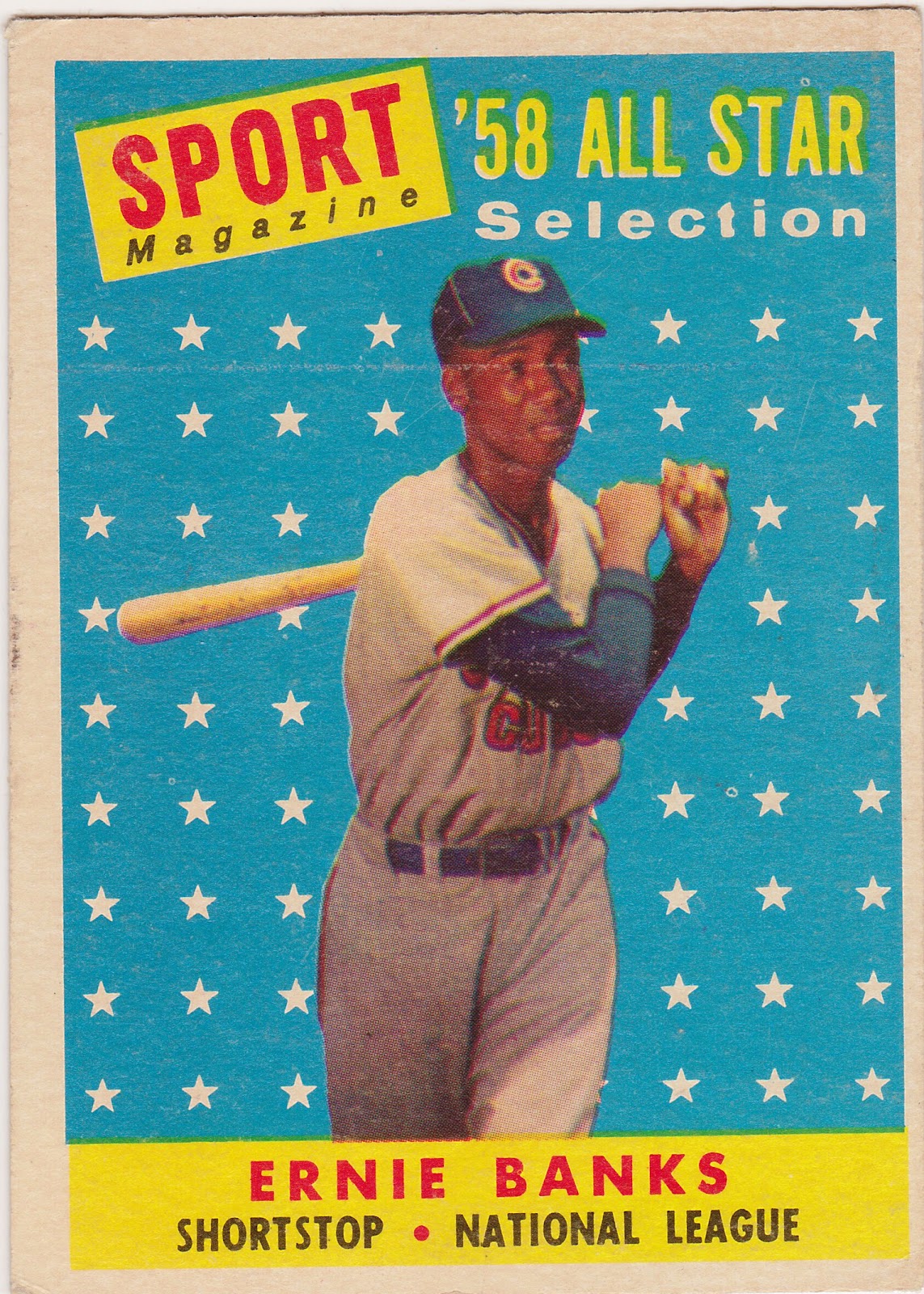 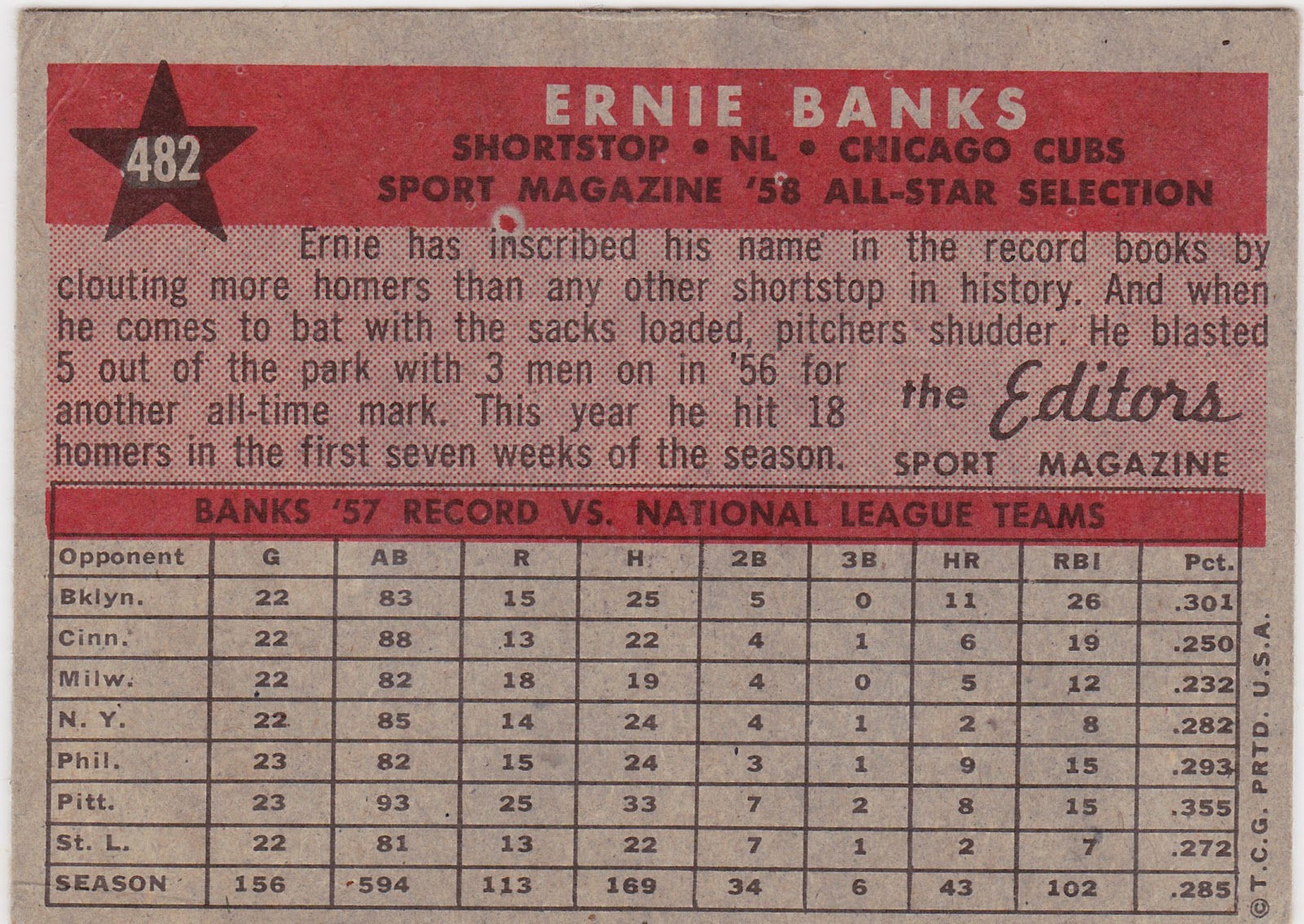 This is the final card of the '58 Topps All Star subset that I was lacking. I actually picked it up right after the Aparicio but Luis has apparently decided that being scanned isn't a priority and has squirreled himself away someplace on, under or behind my desk. He'll turn up while I'm looking for something else.

Meanwhile Ernie Banks, one of the most universally popular players of his era, is here to entertain and inform. I looked at the stats on the back of his card and noted that of his 43 homers in 1957, 11 came against the Dodgers. And a nearly equal percentage of his RBIs came against the Bums. I suppose that would make sense given the homer total. I went to Baseball Reference and checked Banks' home run log. In '57 he hit two homers off both Sandy Koufax and Don Drysdale and twice he victimized Brooklyn with three homers in the course of two days.

It took me a while to find this Banks because I was determined not to pay more for his card than I did the Mays card. I finally gave in and spent $9 to reel this one in. It was graded and slabbed but I freed him up immediately.

This is the last baseball subset I'll chase for awhile. I'm going to concentrate my time and funds on my Baltimore Colts project. I already started with a COMC purchase of some 1970 Colts that should land here next week.
Posted by Commishbob at 5:00 AM