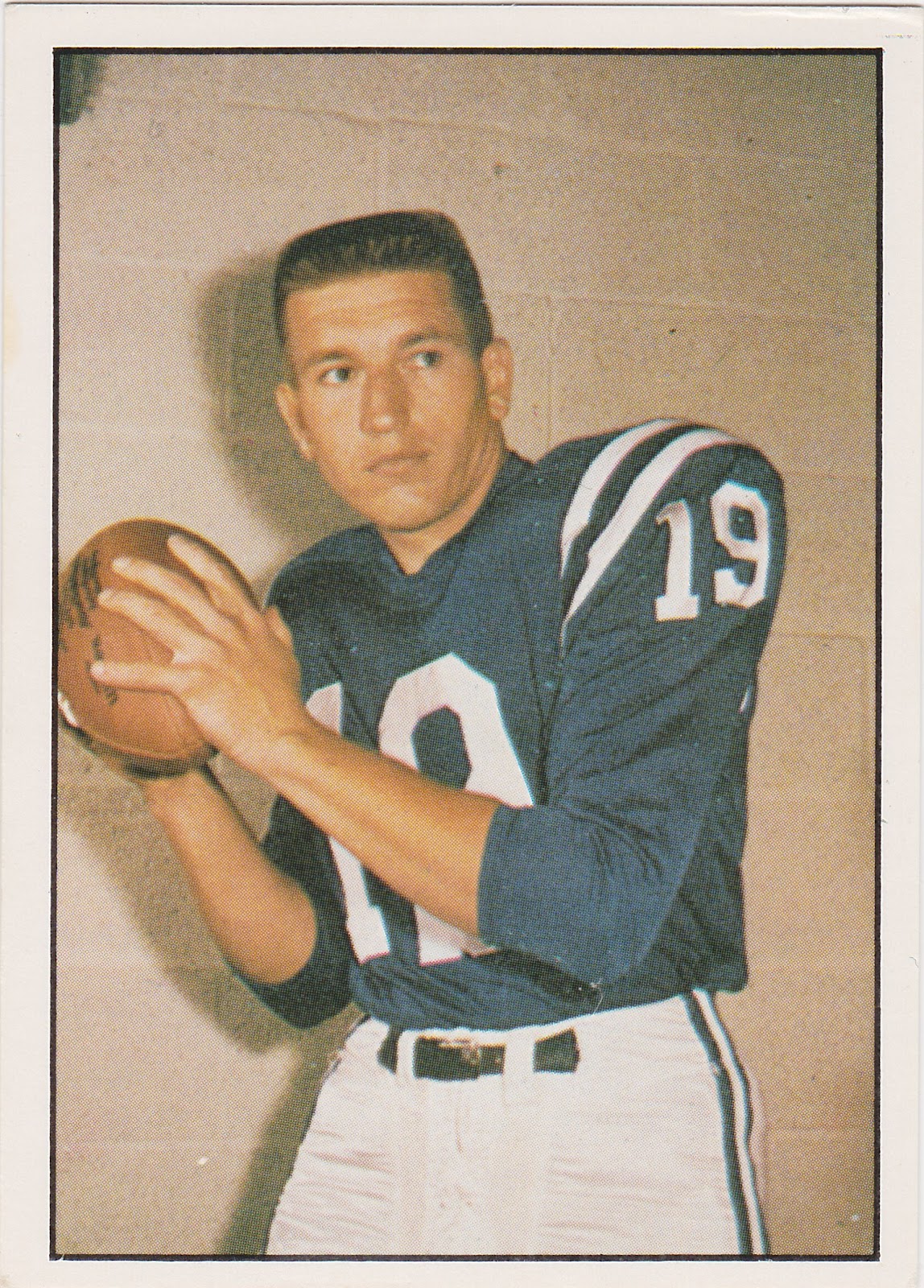 I started my Baltimore Colt project in earnest last week. I've found some pretty good bargains to fill in holes in the run of Colts cards from 1950 through 1983. I started by digging up a checklist that an online seller had for a couple of bucks. It was easier than cutting and pasting my own.

He has listed lots of the various oddball and small sets that came out that included Colts. He also has included the Topps inserts from the 60s and 70s. I'm still in the process of deciding if I am going to track some/all/any of those down. It's doubtful I will. I am planning on collecting the cards that you could get by opening packs. That includes Topps, Fleer, Bowman and Philly Gum.

I did notice that he had a single Colts' card listed under the 1981 TCMA heading. It was this John Unitas. I had been unaware of it previously but several were available very reasonably online so I bought one.

Johnny U's 'in front of a cinder block wall' pose reminds me of some of the 60s hockey sets that were filled with shots of guys in hallways, probably just outside arena and stadium dressing rooms. There is a certain hokey charm to stuff like this.

Anyway I'm slowly building my Colts collection, scrounging for bargain lots and also working on a want list that will be linked here. Wish me luck. 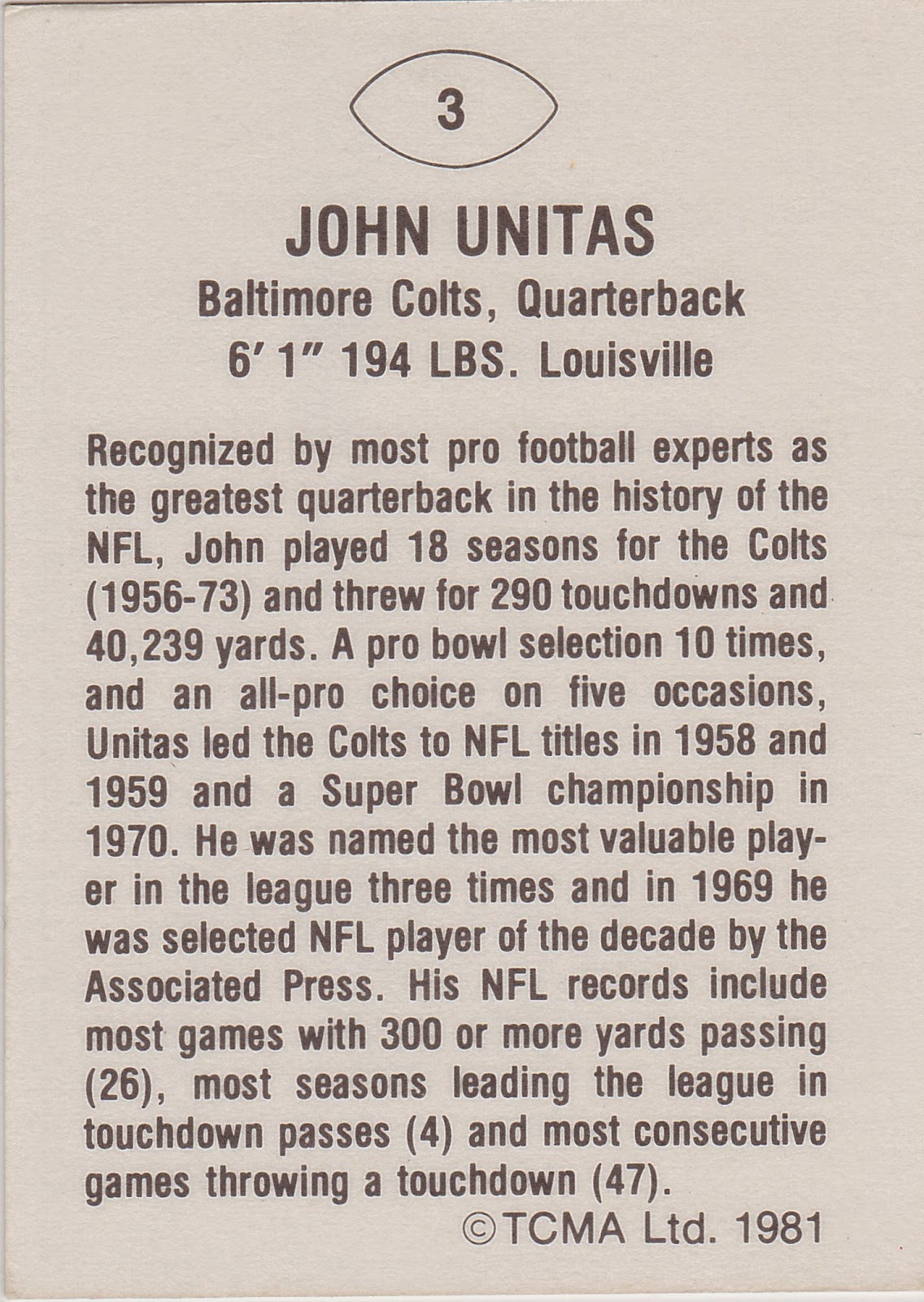