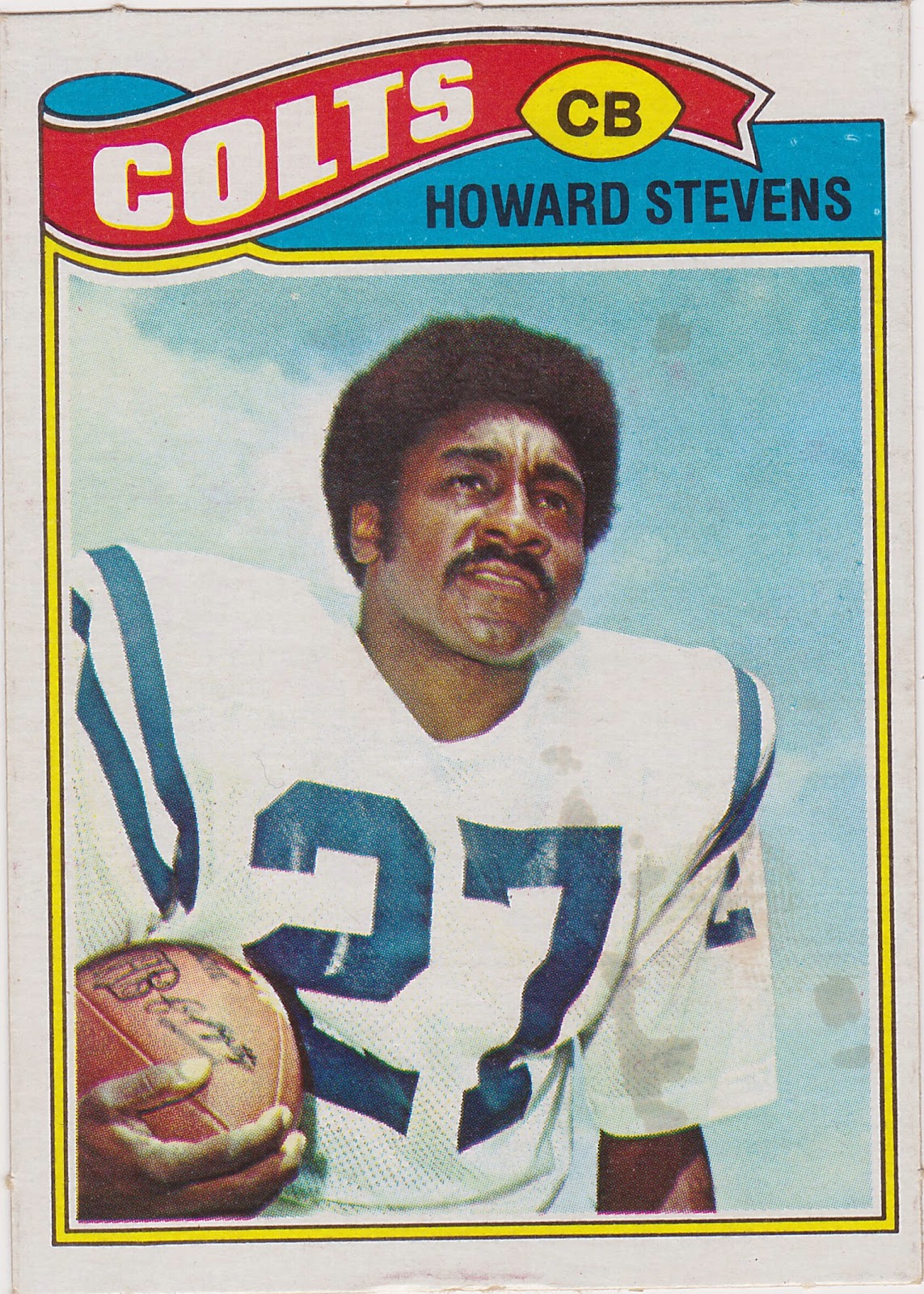 Until I received the checklist I'm using to collect my Colts project cards I had no idea that Topps had issued a parallel football card set in Mexico in 1977. Or if I did know at some point I had forgotten about it completely.

The cards are more expensive than the standard Topps English language cards. I picked up a near complete U.S. issued 1977 Colts team set for $5. That's a dollar less than I paid for this one Howard Stevens card from the Mexican set. Because I'm trying to keep my project costs down I've decided for now that I am not going to pursue these beyond this one example. At some point in the future I may go after this and some of the other insert and minor sets that were issued for the Colts during their time in Charm City.

Based on the Stevens cards there are just a couple of differences in the two issues beyond the obvious language change. The Mexican cards are printed on much thinner stock than the U.S. set. I'd call it 'business card' stock. And the Mexican cards were printed in sheets but cut in a different way than we are used to seeing. They have the little 'perforation' marks or bumps along all four sides. You can see them a bit better on this blow-up of the top edge of the card. I don't know for sure but I'd suppose the cards printed aorund the edges of the sheet would not have these.

The back of the Mexican card is a direct parallel version of the U.S. card: 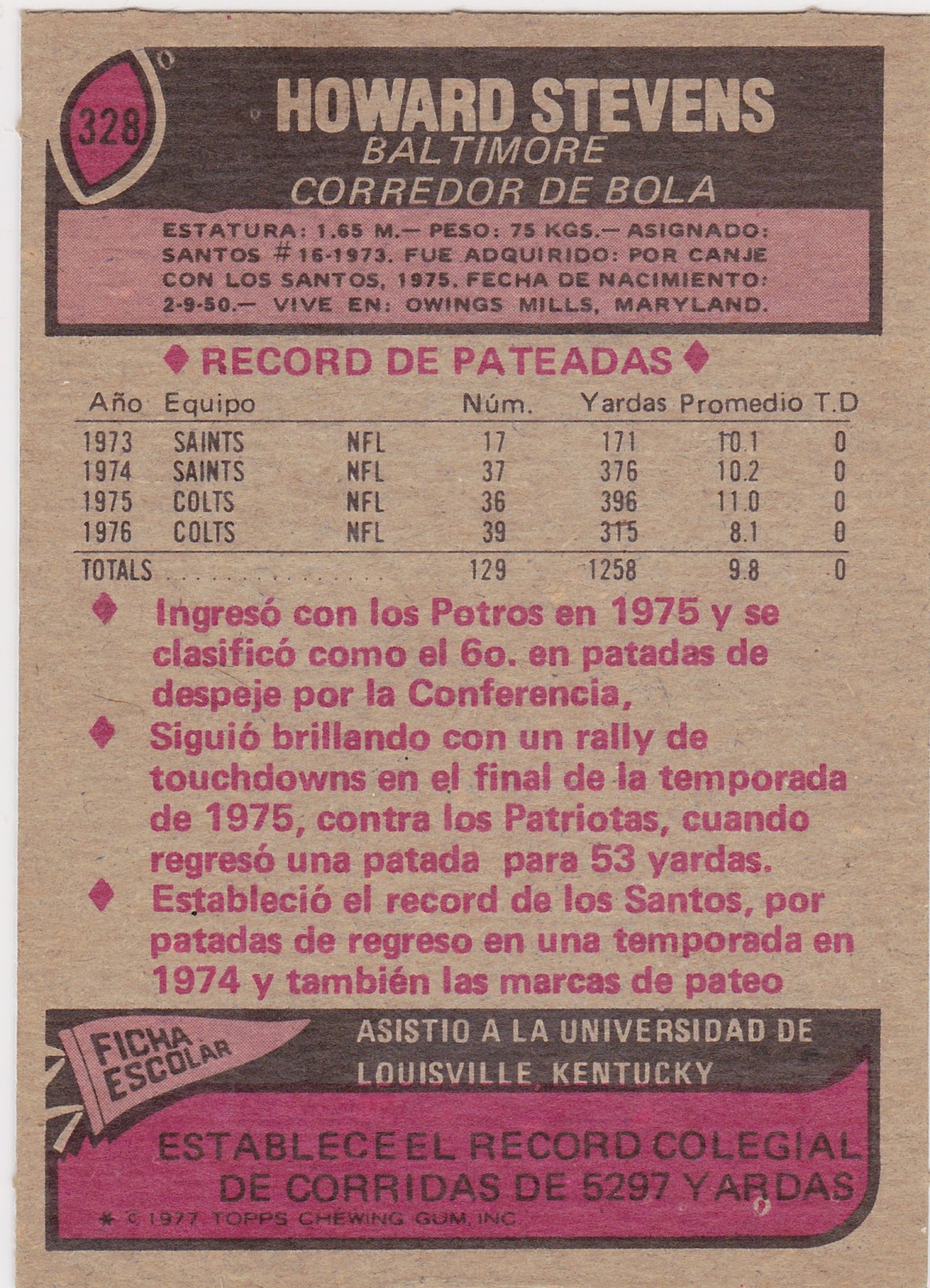 As is the front. Here they are side by side: 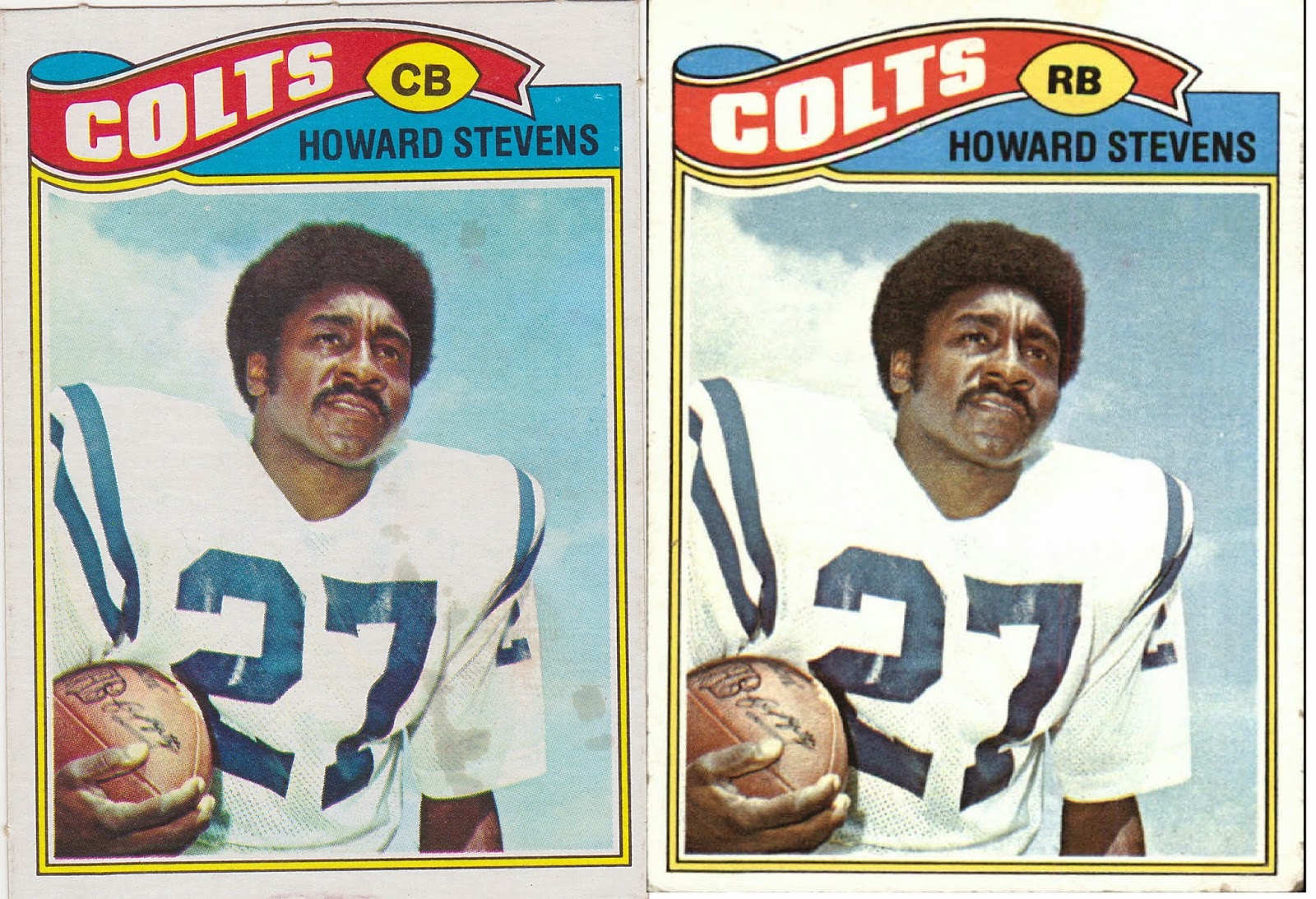 And the two backs are here look to be different color stock but that's because I don't have the U.S. version of the Stevens scanned and this is an internet image on the right. The Mexican card actually shows the exact same colors as the regular ones I have in hand. 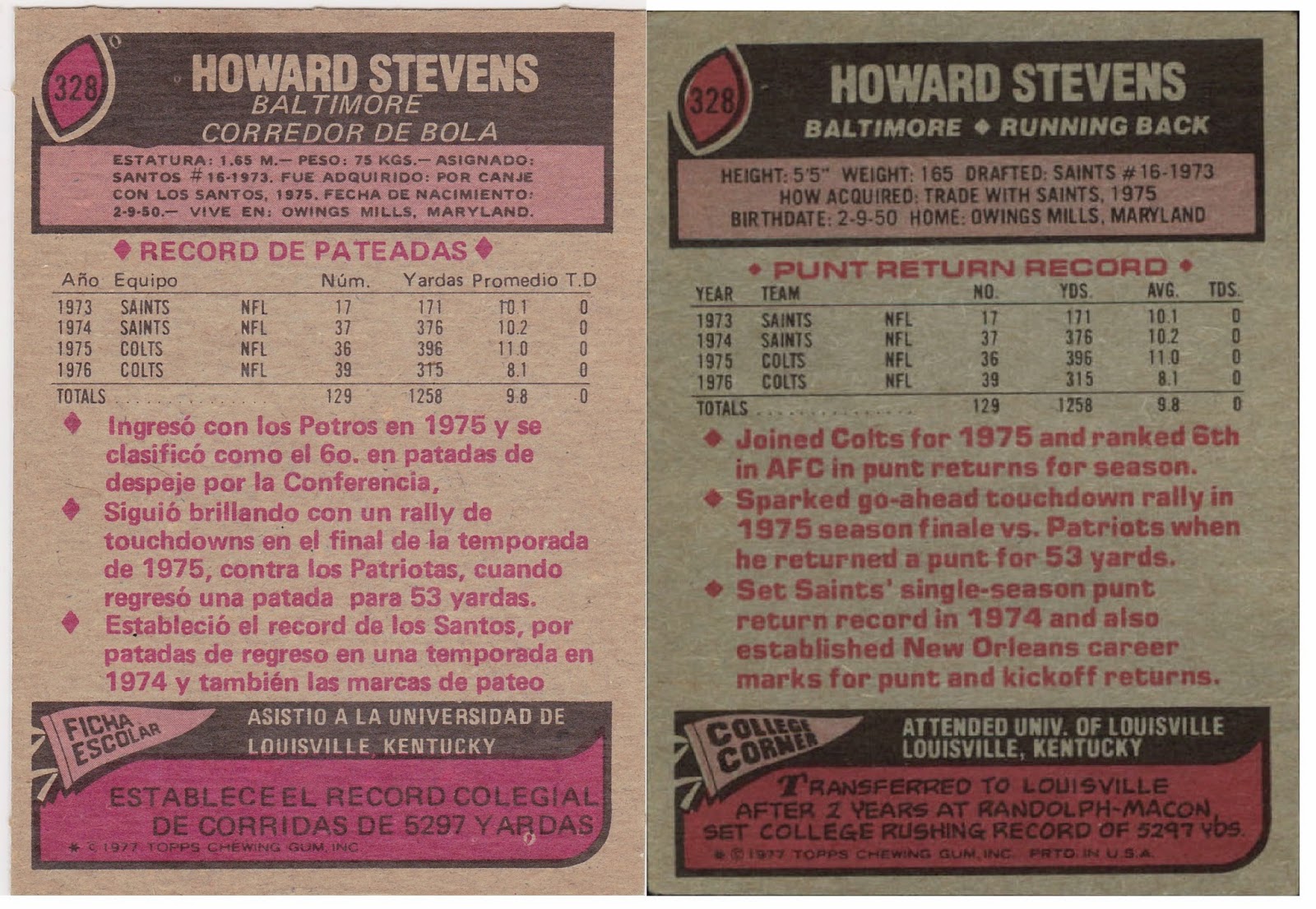 Take a look at the wrappers. These are eBay pix. The cards apparently came two to a pack. 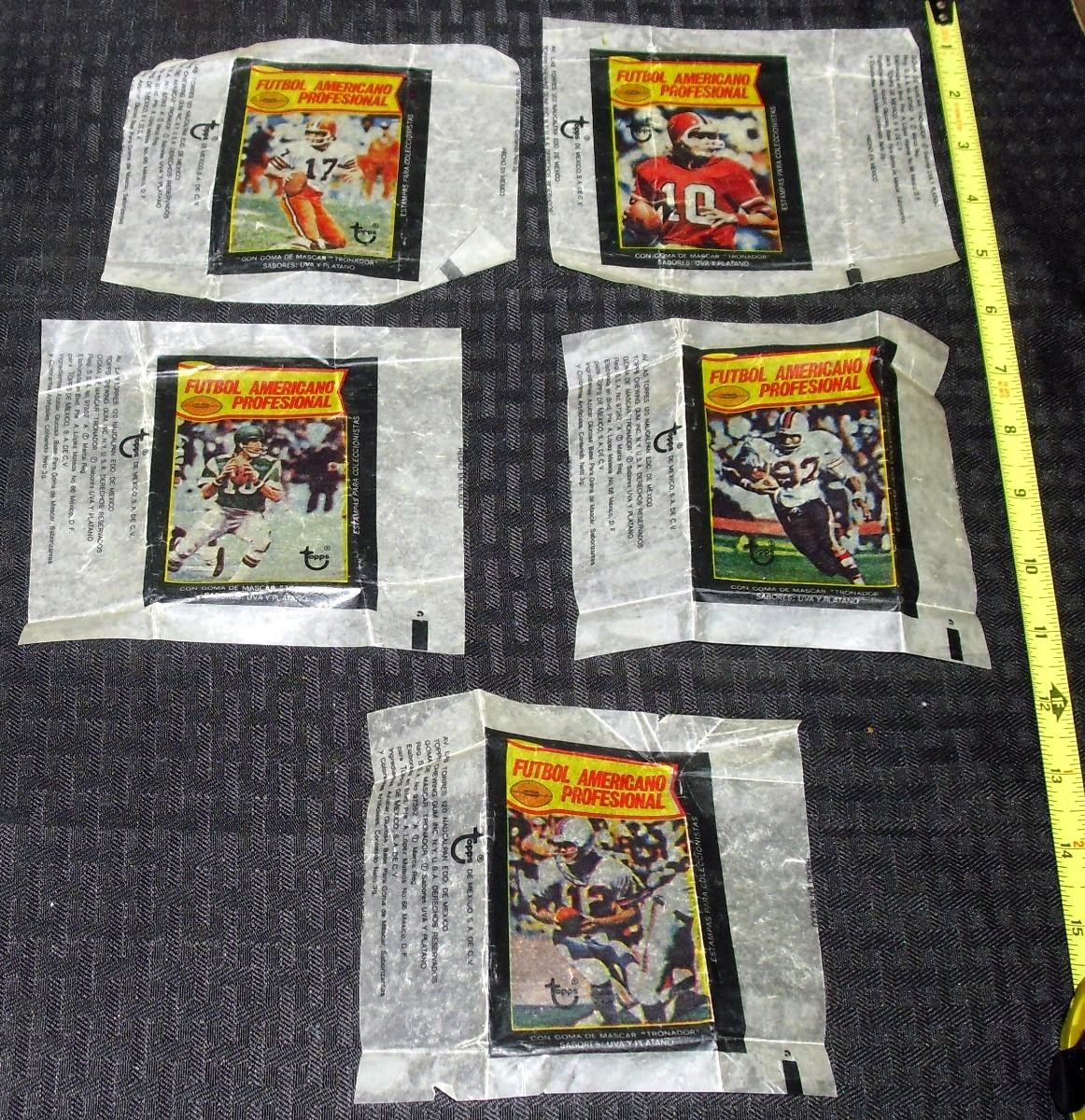 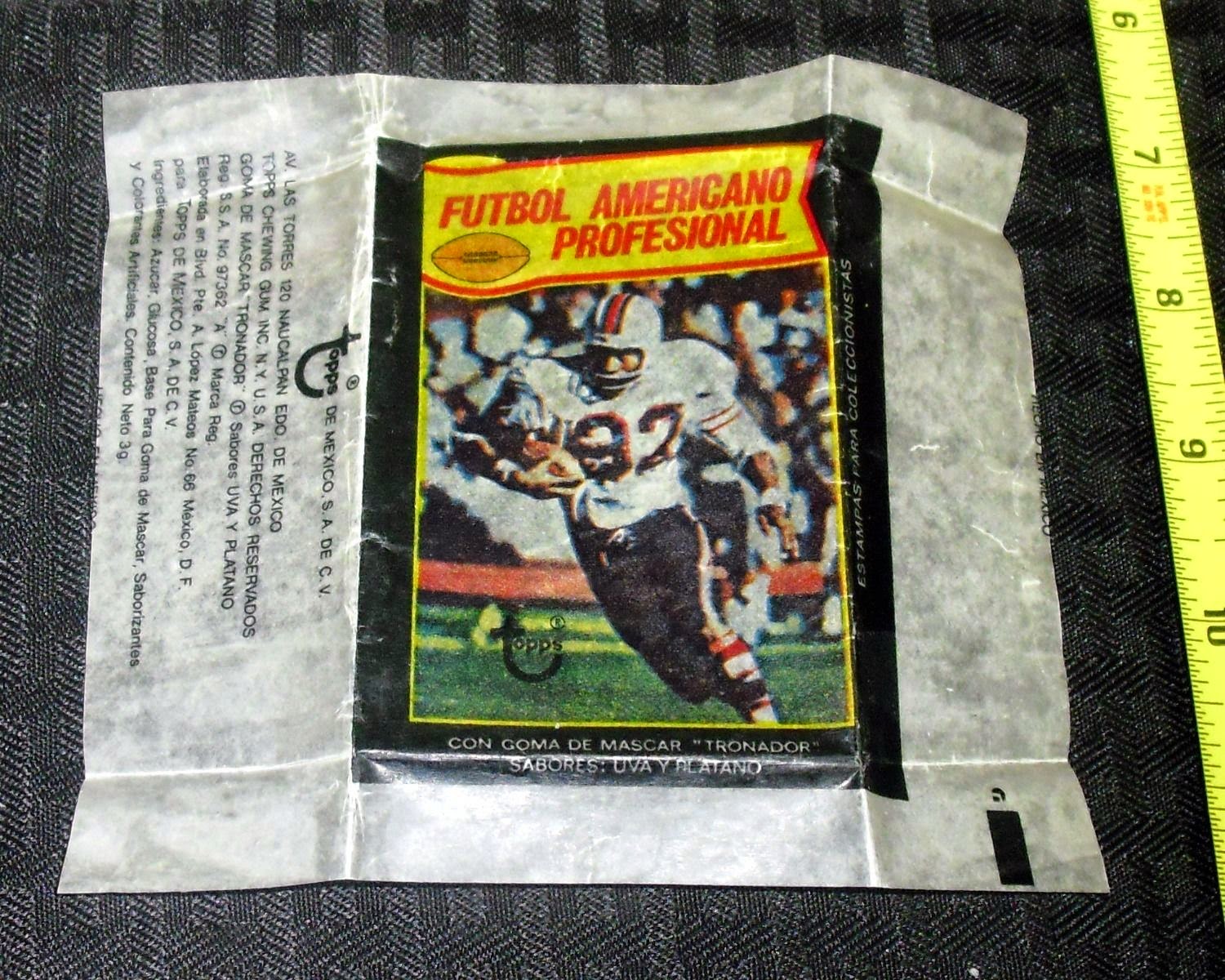 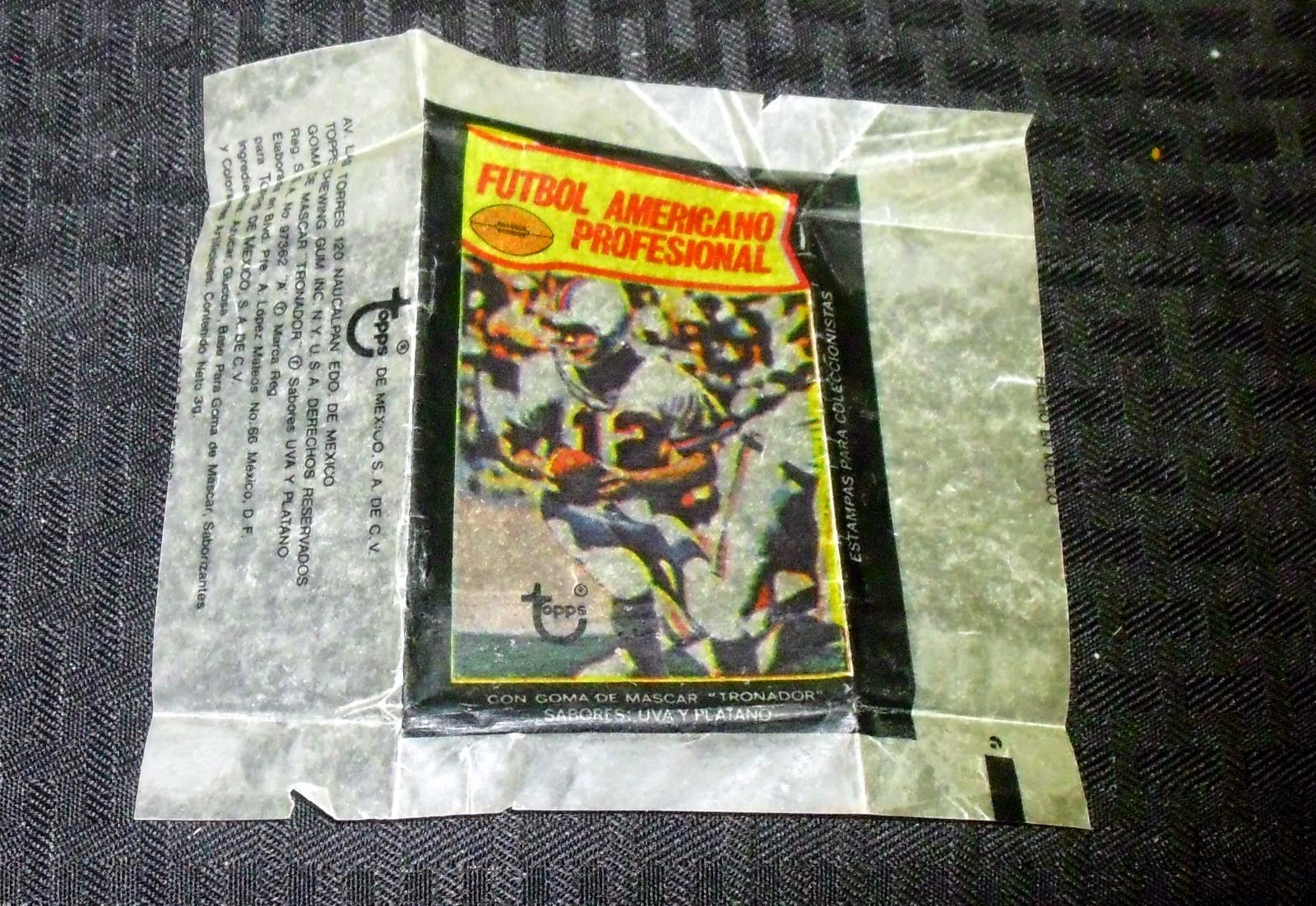 And for you Star Wars geeks there is this: 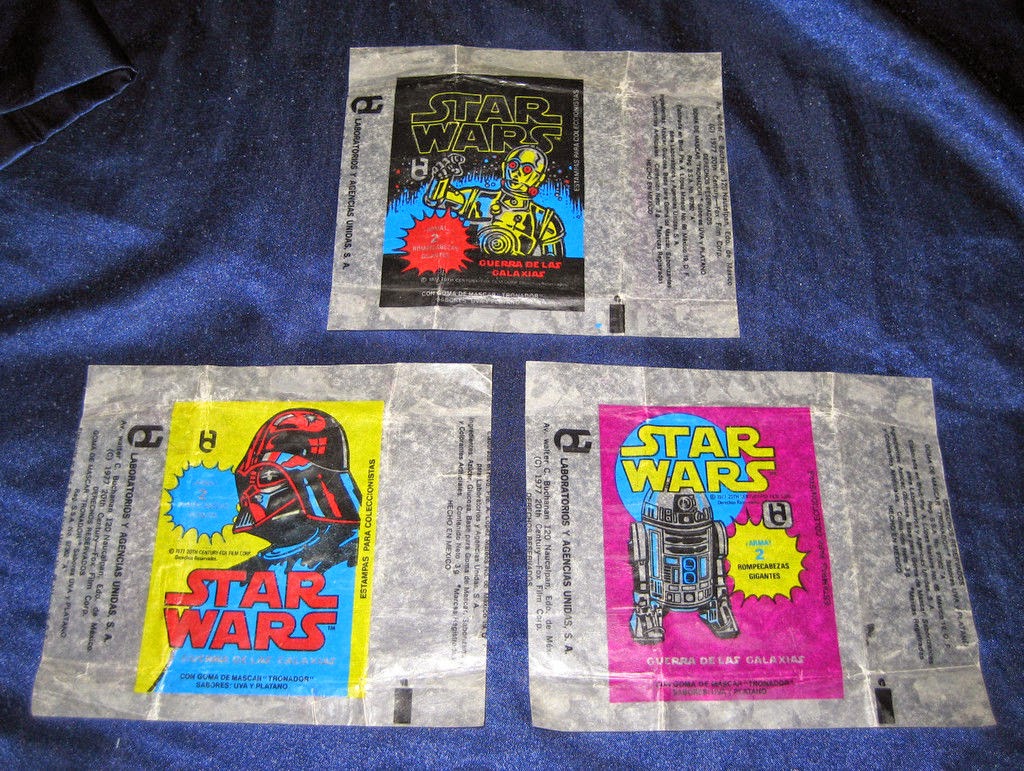 Mexican Star Wars cards. But now that I think about it I guess any truly obsessed Star Wars collector probably knew about these.
Posted by Commishbob at 3:00 AM