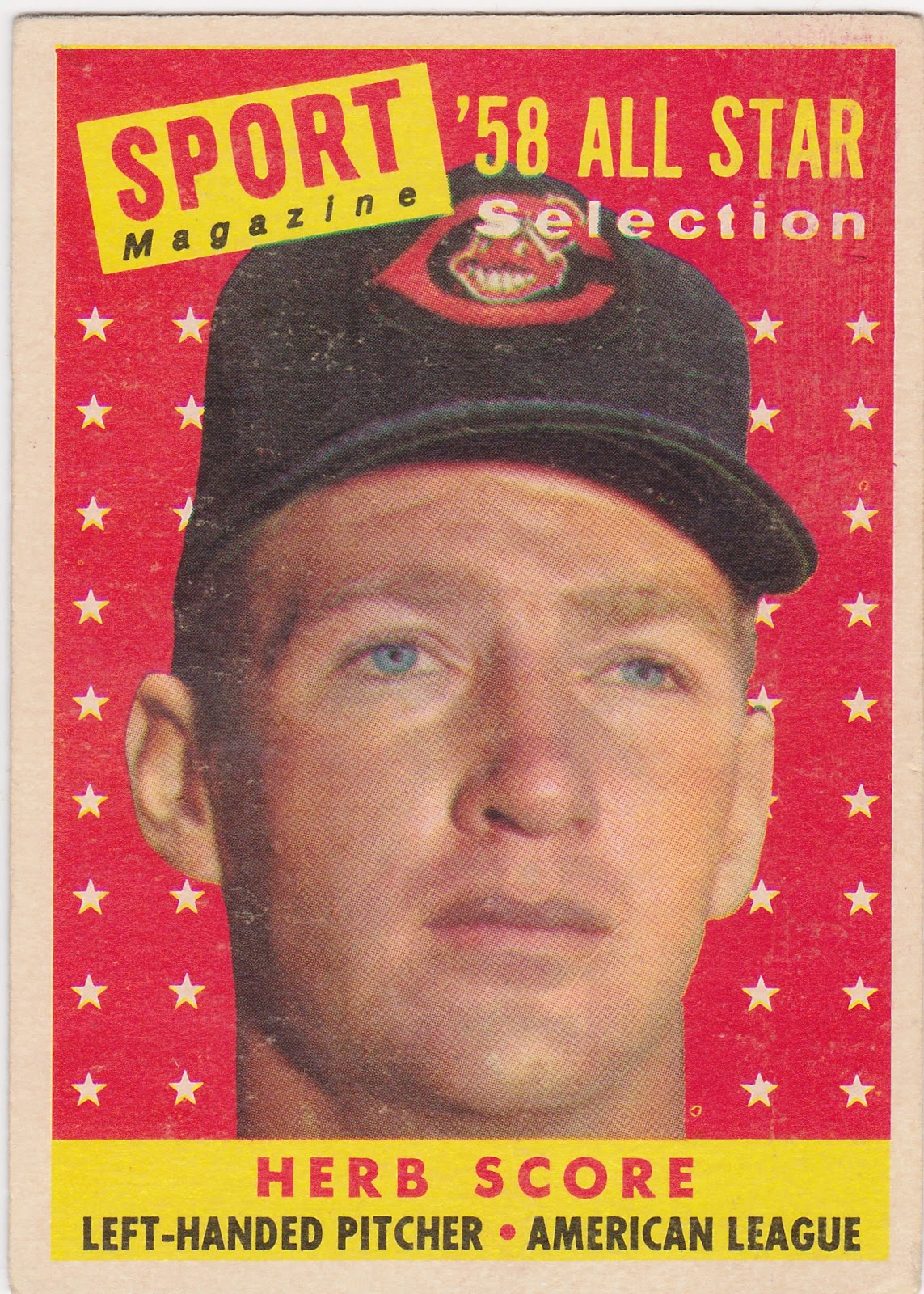 If there is such a thing as All Star insert 'commons' I suppose these three cards would fall under that heading. They certainly are not the big names that fill some of the other slots in this 21 card subset. I recently finished it off and these are about half of the cards I'd been lacking.

Herb Score is one of the more interesting stories in 50's baseball lore. The back of the card here hints at it but you can read more here in his New York Times obit. He put up world beating numbers in his first two seasons with the Indians and was off to a great start in 1957 when that line drive derailed his career. He never again approached anything close to his glory days. 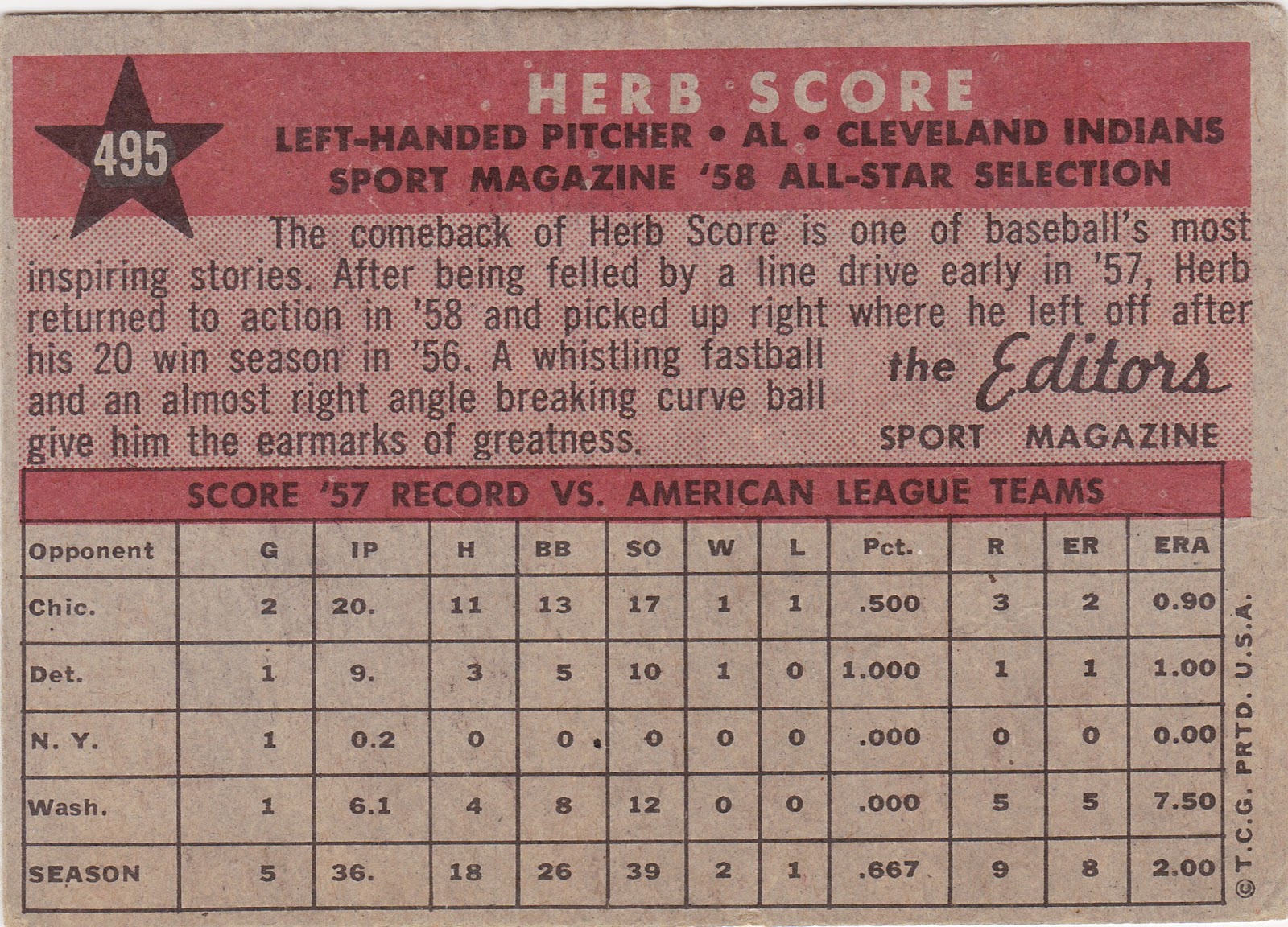 This is the checklist of the '58 All Star subset. They are the last 21 cards in the set.

My copy of the Ed Bailey card is rough but for a buck I'm not complaining. Bailey made five NL All Star squads during his career. Interestingly he made the '61 ASG after being traded by the Reds to the Giants early that season. 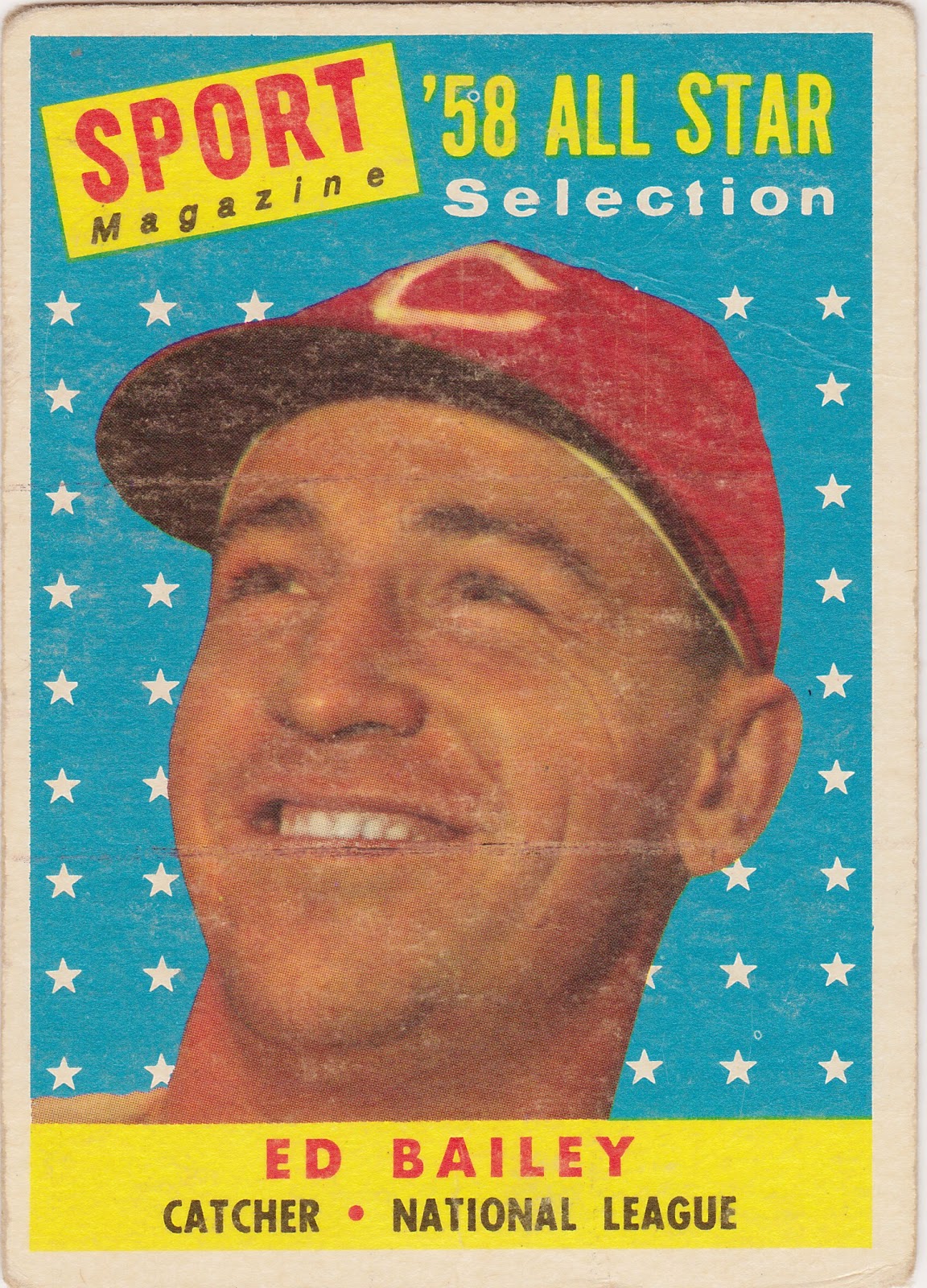 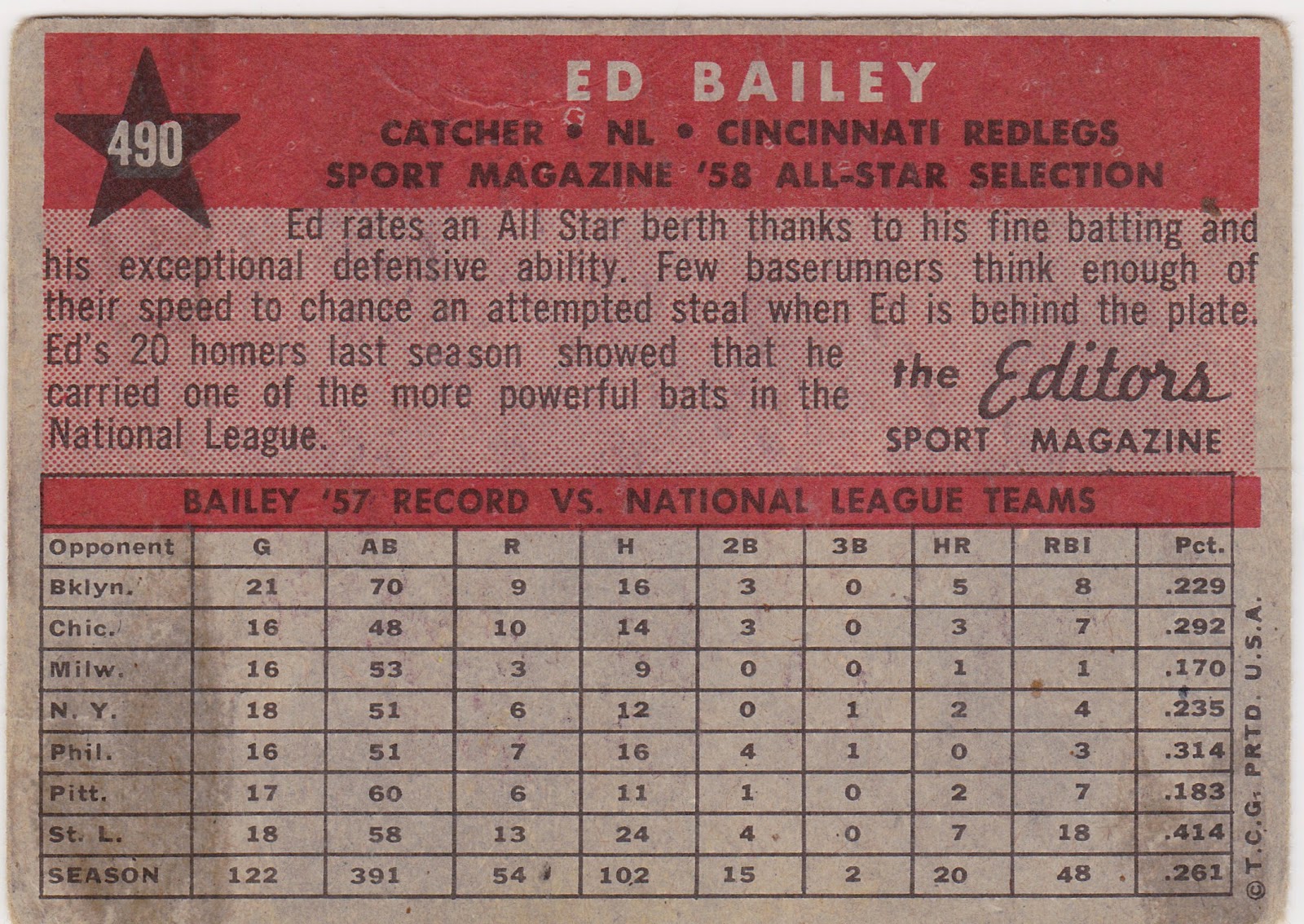 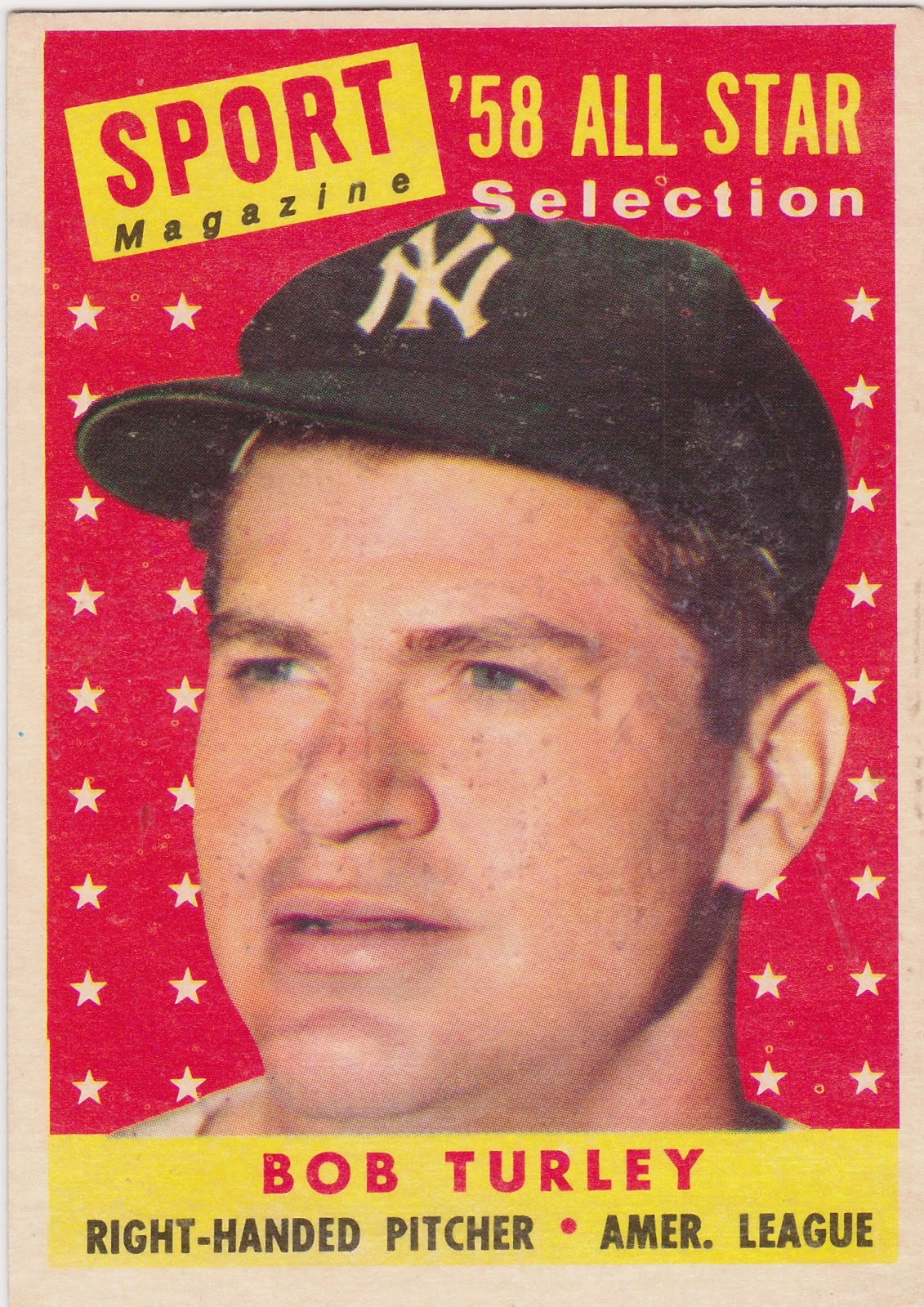 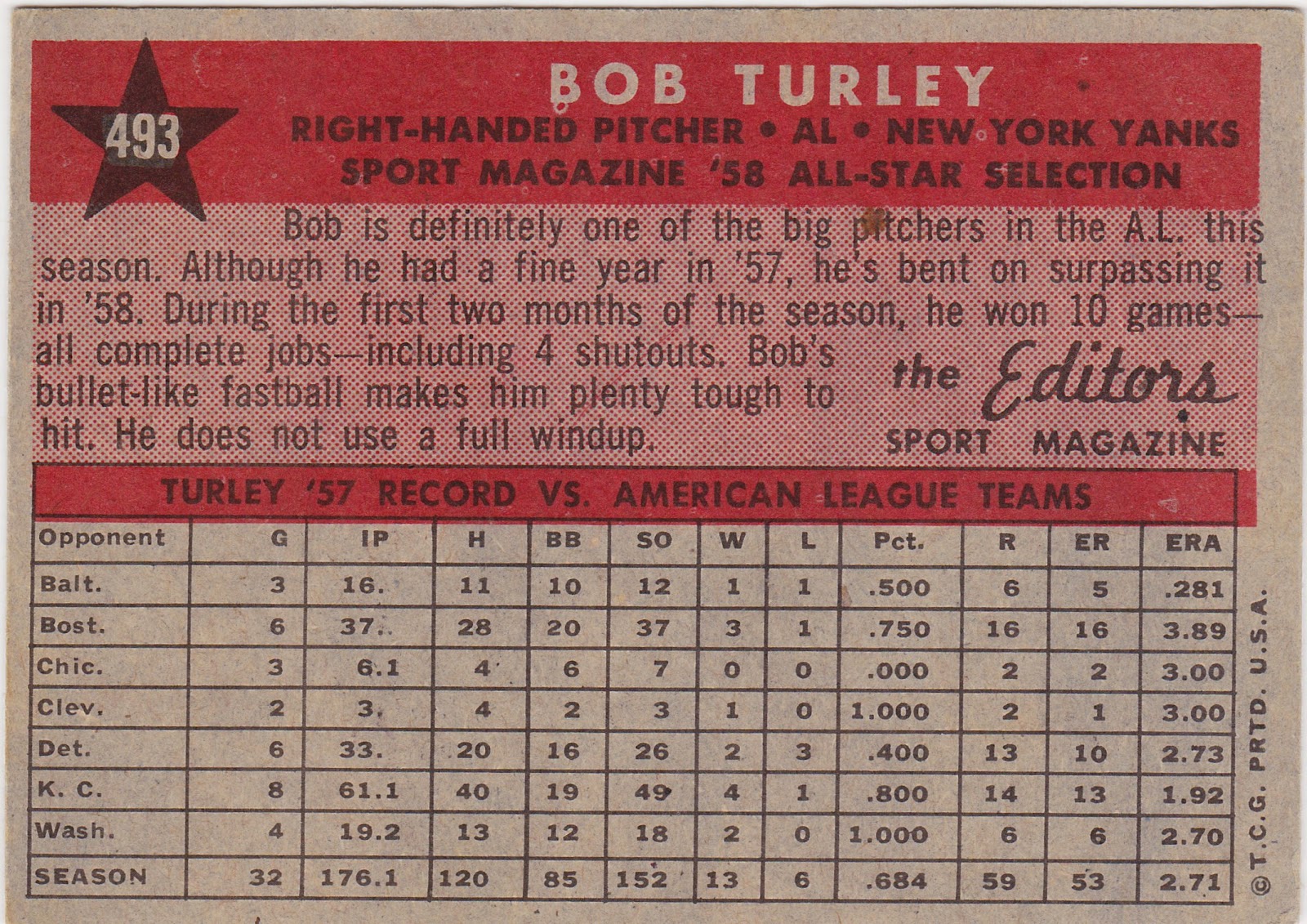 These are really neat cards i think. I love the 'vs. team' stats lines. I feel richer knowing that "Bullet Bob" Turley beat the Athletics four times in 1957.

I'll be posting the 'big name' cards I picked up to finish these off later in the week.
Posted by Commishbob at 5:00 AM