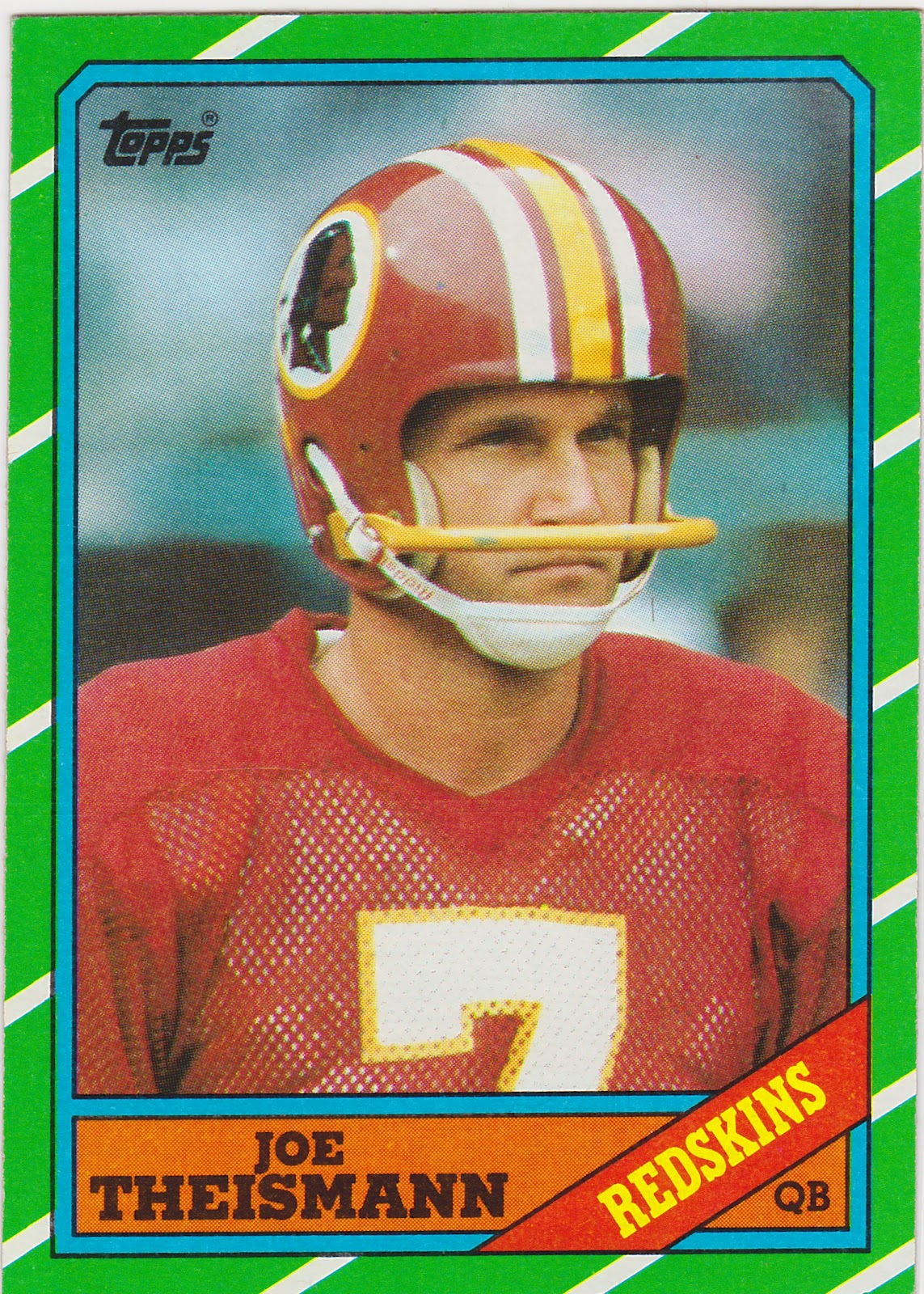 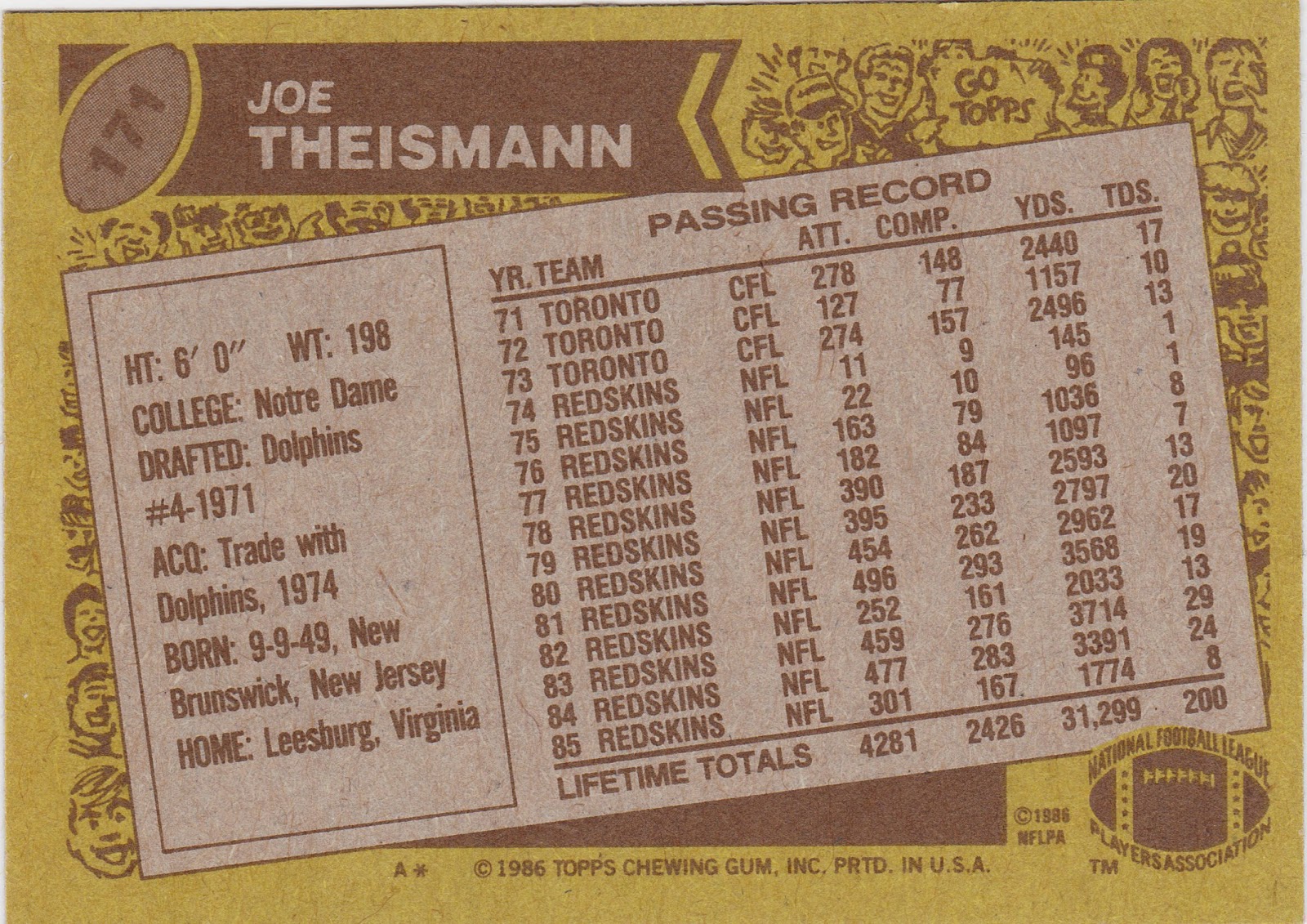 NFL Info: Joe Theismann had a standout college career at Notre Dame before his played professionally with Toronto of the CFL and the the Redskins. With Washington he was an NFL MVP and Super Bowl winning QB. He played for 12 seasons before a horrific leg injury he suffered in a Monday Night Game versus the Giants ended his career. He's a member of the College Football Hall of Fame and currently works for the NFL Network. He owns a restaurant in the D.C. area and other interests.

Fantasy Impact: I drafted Theismann as my 2nd or third QB in 1980, our league's first season. A week later, after seeing Dan Fouts in action and watching Theismann stink up the joint in a Monday night loss to the Cowboys I packaged him in my very first fantasy football trade. The deal brought me Mike Pruitt and Ken Anderson (who I never started either).

The Card: The 1986 Topps football set isn't the greatest set ever but you can count me as a fan. Something about the green striped layout appeals to me. The back is pretty mundane and the color combos of the front can be a bit much but overall I'm good with it.
Posted by Commishbob at 4:00 AM