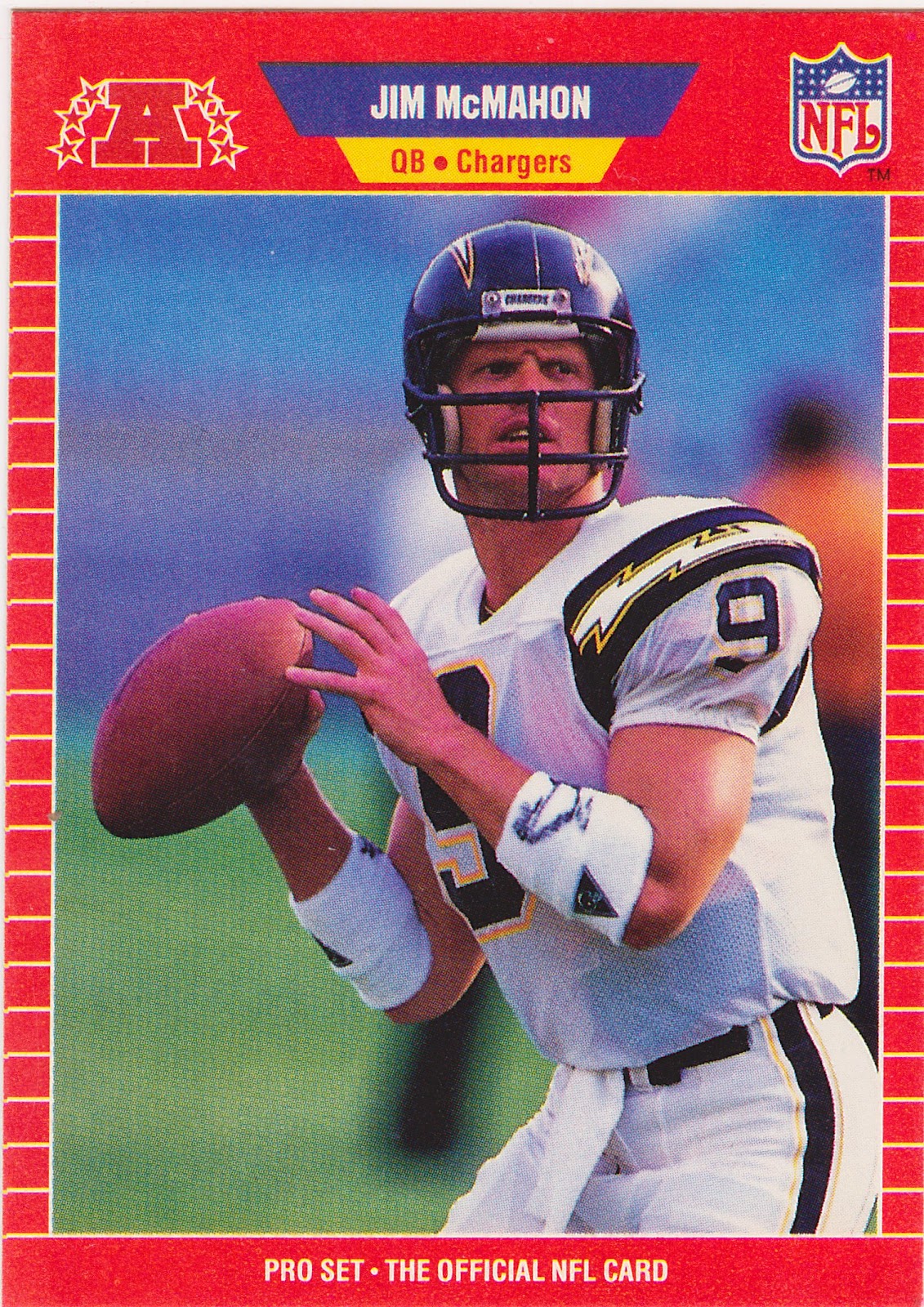 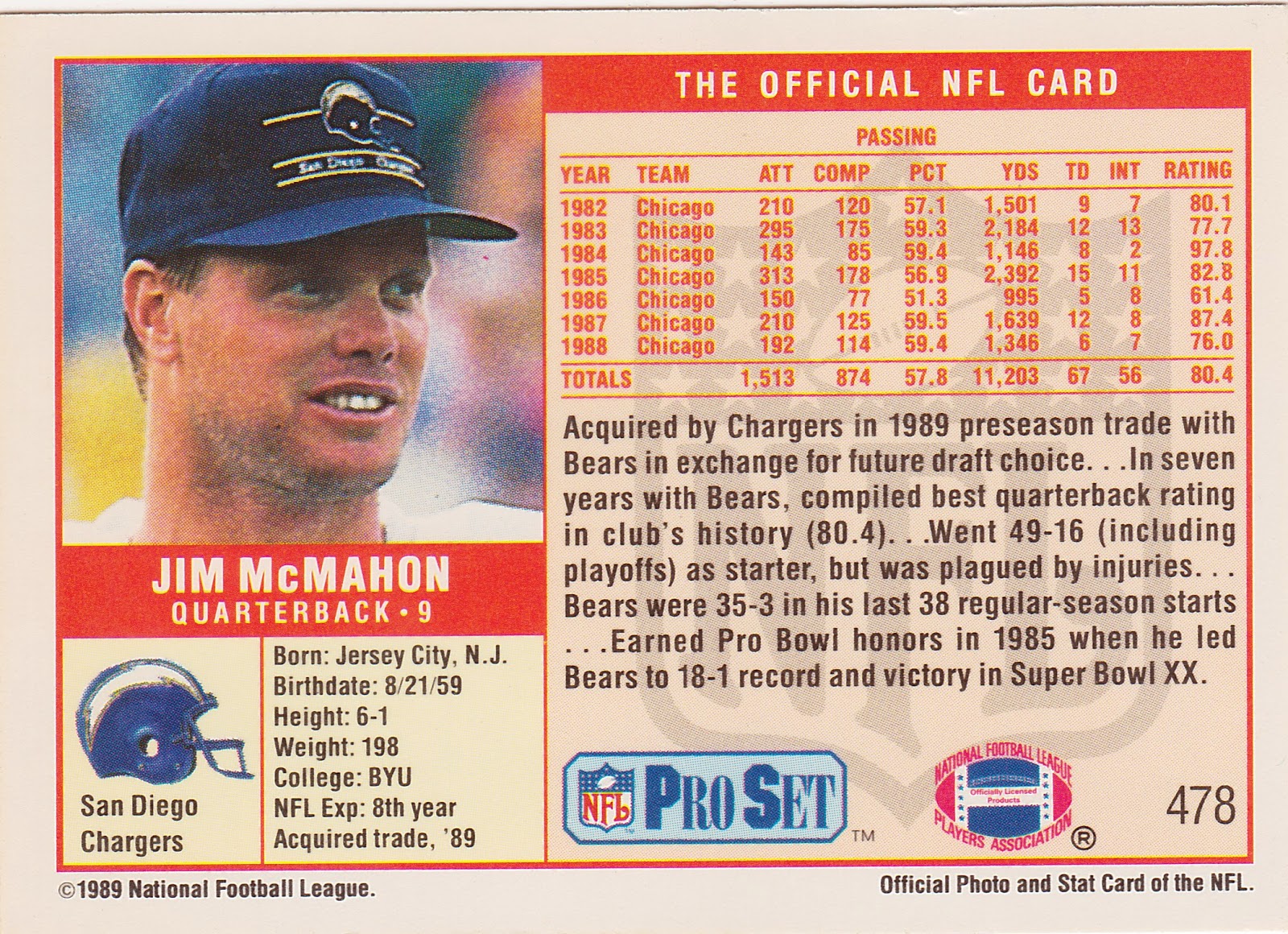 NFL Info: Jim McMahon may be the most 'un-Brigham Young-ish' guy to ever play for BYU. But he did and he's in their Athletic Hall of Fame. In the NFL he was best known for his part in leading the  Bears to the Super Bowl win during the 'Shuffle' season of 1985. During a career that covered 15 seasons for six different clubs he was the full time starter in about half of those. While he never led the NFL in any significant categories and only made one Pro Bowl squad he did accumulate one impressive stat: he had a winning record of 67-30.

He is currently involved in litigation with the NFL over the effects of the concussions he suffered throughout his career.

Fantasy Impact: For me...none. I had him in 1989 during his one season with the Chargers and he didn't play. I had Joe Montana as my starter that season and I lost in our championship game. McMahon was one of six quarterbacks I had roster-ed that year. Back then, before the 'net made fantasy football so easy, our league had very big rosters (as did most others). Waivers were problematical. Once or twice a season we'd sit down at the local ice house (that's Texas talk for beer joint, usually with garage door style open front) after our city league flag football games and hold waivers. Out of town guys had to send me wish lists and hope they'd get a guy or two. So we had 18 or 19 player rosters to be sure we always had enough players.

The Card: Pro Set football sets are the butt of lots of jokes centered around errors and the over-production the company was guilty of back than. But I never let that lessen my enjoyment of them. The '89 set, while not as nice as the same year's Score offering, is pretty sweet. Maybe I was just happy to see someone giving Topps some competition.

They certainly packed a lot of info onto the back of the cards. Color photos on the backs were new then. And the fronts beat most of the Topps sets that appeared around that time.
Posted by Commishbob at 6:00 AM