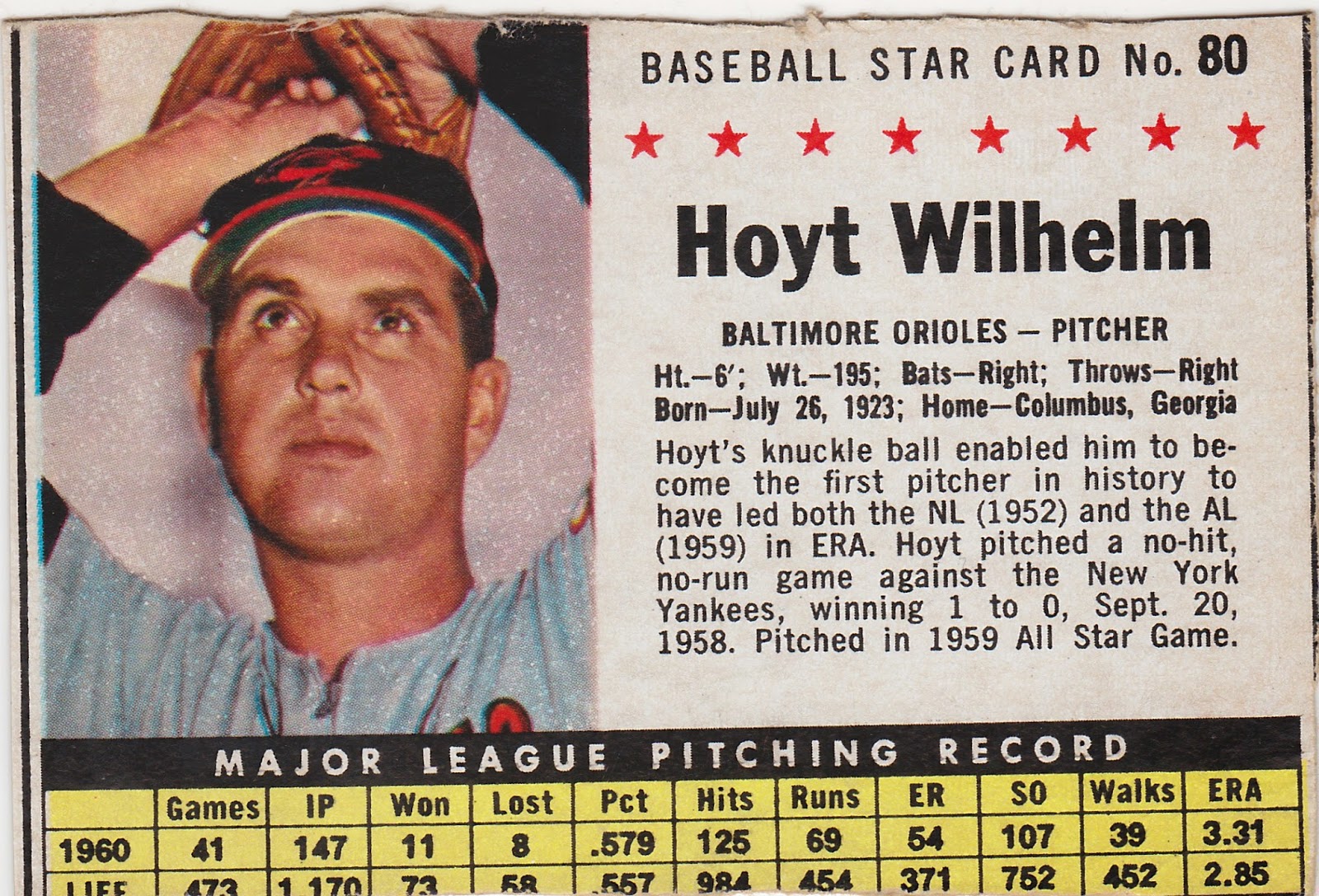 This is one of those 'what the heck' cards that I grabbed off COMC just to justify the shipping cost. It's pretty rough around the edges (literally) but hey, it came from the back of a cereal box. An 8 year old cut it out.

And it's Hoyt Wilhelm. There are almost no bad cards of Hoyt Wilhelm, kind of like there are no bad Warren Spahn cards.

Hoyt had some pretty good numbers in 1960. 39 walks in 147 innings is pretty low for a knuckleballer, right? One of you sabermetricians can fill me in.

That's all I have for today. Hope your holiday weekend is going well. I'm probably having a turkey-stuffing-gravy sandwich on my homemade bread as we speak.
Posted by Commishbob at 6:00 AM