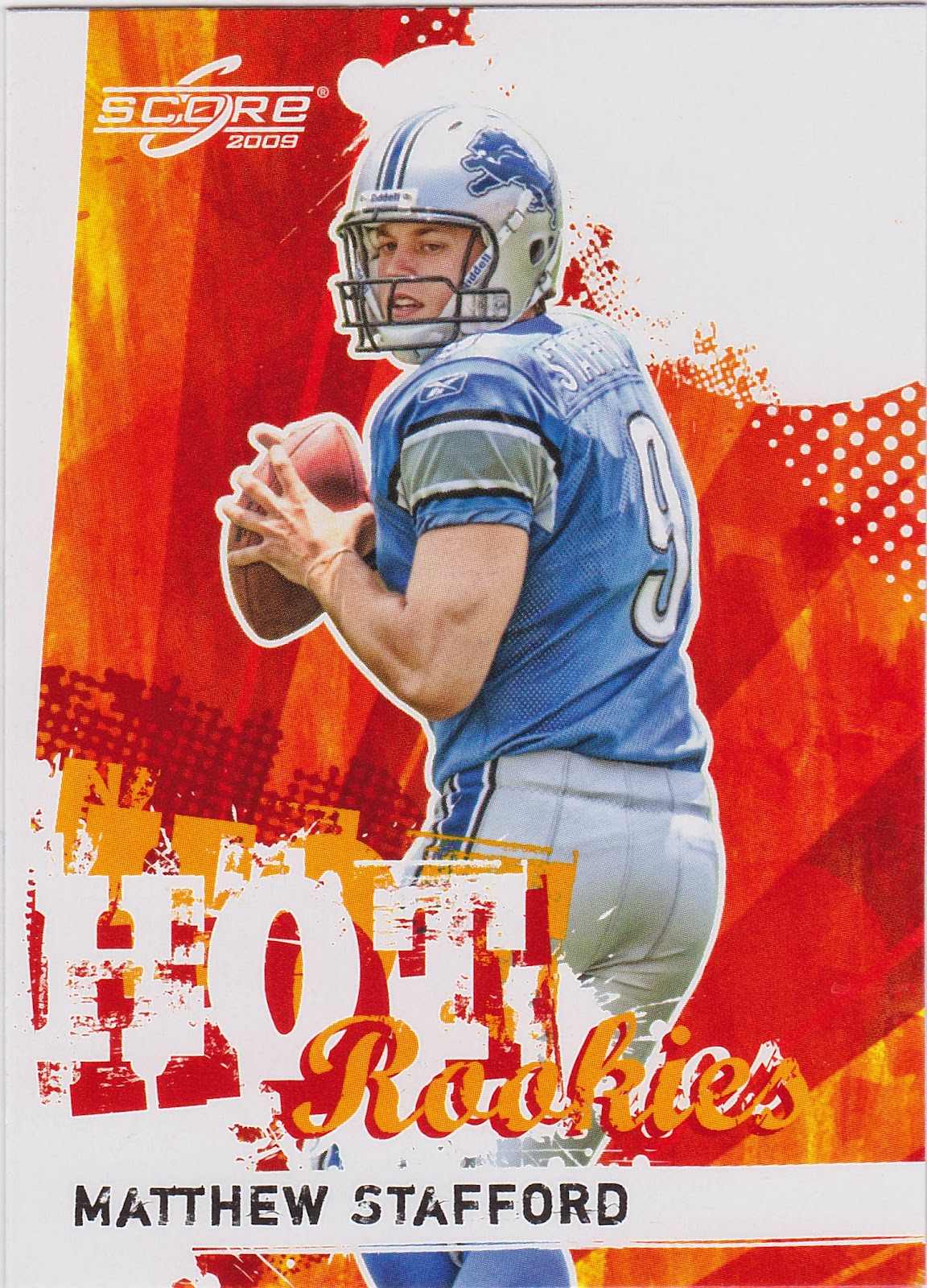 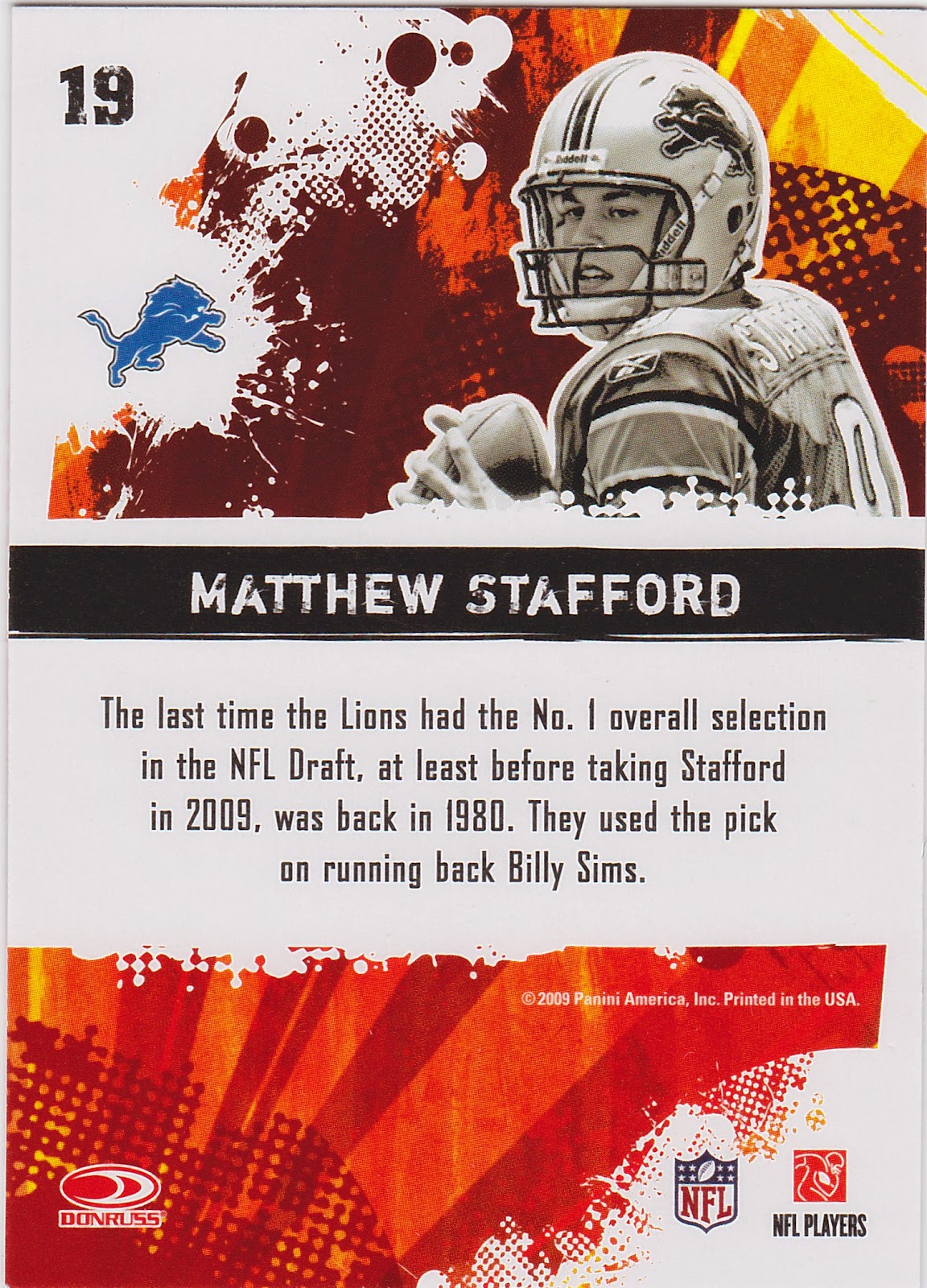 NFL Info: Matthew Stafford was a high school star from North Texas who had a standout career at Georgia. He was the first pick of the 2009 NFL draft and has put up some impressive numbers since walking into the starting line-up on Day One. He was hurt for a couple of months in 2010 but otherwise has been able to hook up with Calvin Johnson to keep the Lions' offense rolling.

Fantasy Impact: I took Matthew Stafford in the 14th round of my leagues' 2009 draft. He was a rookie that season and I didn't use him.

The Card: If I were to pick the worst 'modern' card in my fantasy binder this might be it. Random colors done in large swatches and oversize fonts. Ugh. As bad as the front is...the back is worse. Different random colors and a black-and-white crop of the same photo. I'm not sure why I replaced this with a better card of Stafford. I usually won't replace a card in my fantasy football binder unless it involves taking out a 'homebrew' and inserting a legit card or finding a vertical card to replace a horizontal one (I dislike horizontal cards in my binder). At least this card falls into the 'unique to my binder' and 'from the correct year' conventions that I loosely stick to.

I don't keep up with the 'politics' of card companies so I was thrown a bit by the fact that this card has a 'Score' designation on the front, a Donruss logo on the back and a Panini America copyright line.

Bonus Unrelated Story: The Billy Sims reference on the back reminded me of the fact that many years ago I had a dentist who had Billy Sims as a patient. The dentist said Sims was the biggest 'chicken' he'd ever had in his chair. He said Sims was so nervous that he broke the footrest of the chair by becoming stiff as a board.
Posted by Commishbob at 6:00 AM