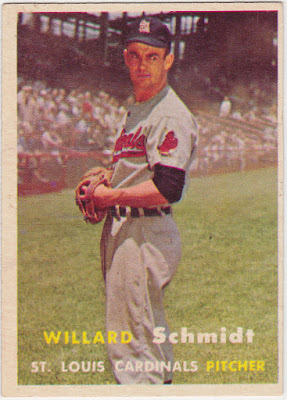 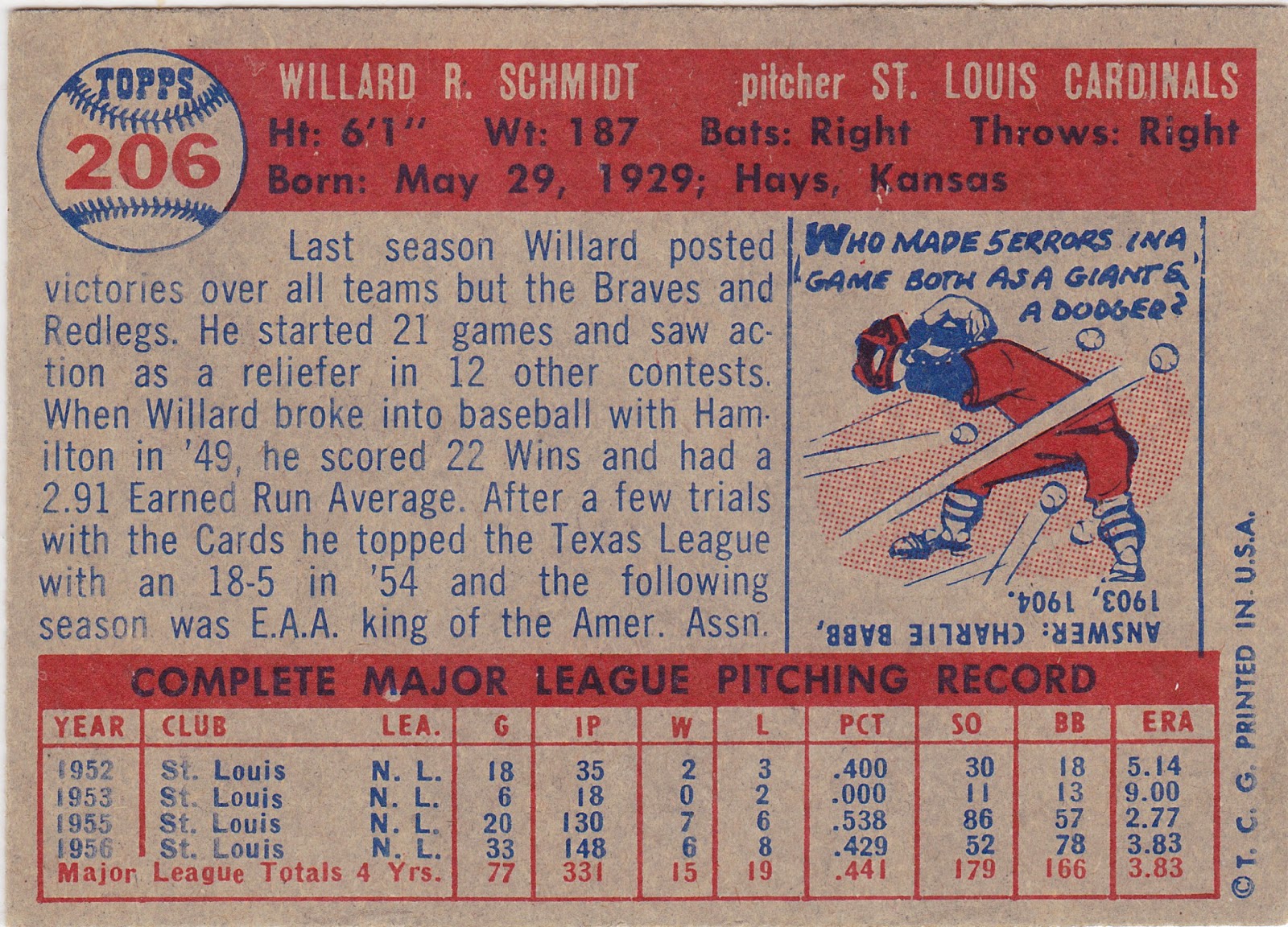 What appears to be a routine 1957 Topps card of Cardinal righty Willard Schmidt actually means more to me than that. Ol' Willard has a card in the '59 Topps set and while researching his background for my '59 set blog I discovered that his great-nephew, Jim Schmidt, lived in Houston and was a fellow blogger. But his writing was much more serious than mine. Jim works as a chemist but is also an author with a deep interest in the area of Civil War medicine.

I reached out to Jim and he turned out to be a really good guy. He pointed me towards a couple of his blog posts that touched on his great-uncle. Jim lived in Houston at the time but has since moved to Kansas. I'm not a 'Civil War buff' in the usual sense of the term but I've always been interested in it and more particularly Abraham Lincoln. I have read his book on Galveston Texas' role in the Civil War (fascinating stuff) and some other things he has written. I have another of his books on a shelf in my reading queue.

I regret that I wasn't able to get to any of the forum/discussions that Jim was featured at in the Houston area before he moved. But through the magic of Facebook (this is FB's only redeeming value IMO) I've been able to keep in touch with him. One of these days I hope to get together with him and talk baseball, Willard Schmidt and the Civil War. I'll let Jim lead the discussion of medicine!

I'd been meaning to pick up the '57 Willard Schmidt card for quite some time but I didn't get around to it until last month. And while it's not as cool as the terrific '59 it's still a neat card with Schmidt in the classic Cardinals' gear at the Polo Grounds. And like his '59 card this one has a nice Topps cartoon on the reverse.

So not only do I have a budding 'Willard Schmidt collection', I also have a friend. Blogging can be a cool deal, yes?
Posted by Commishbob at 9:30 AM