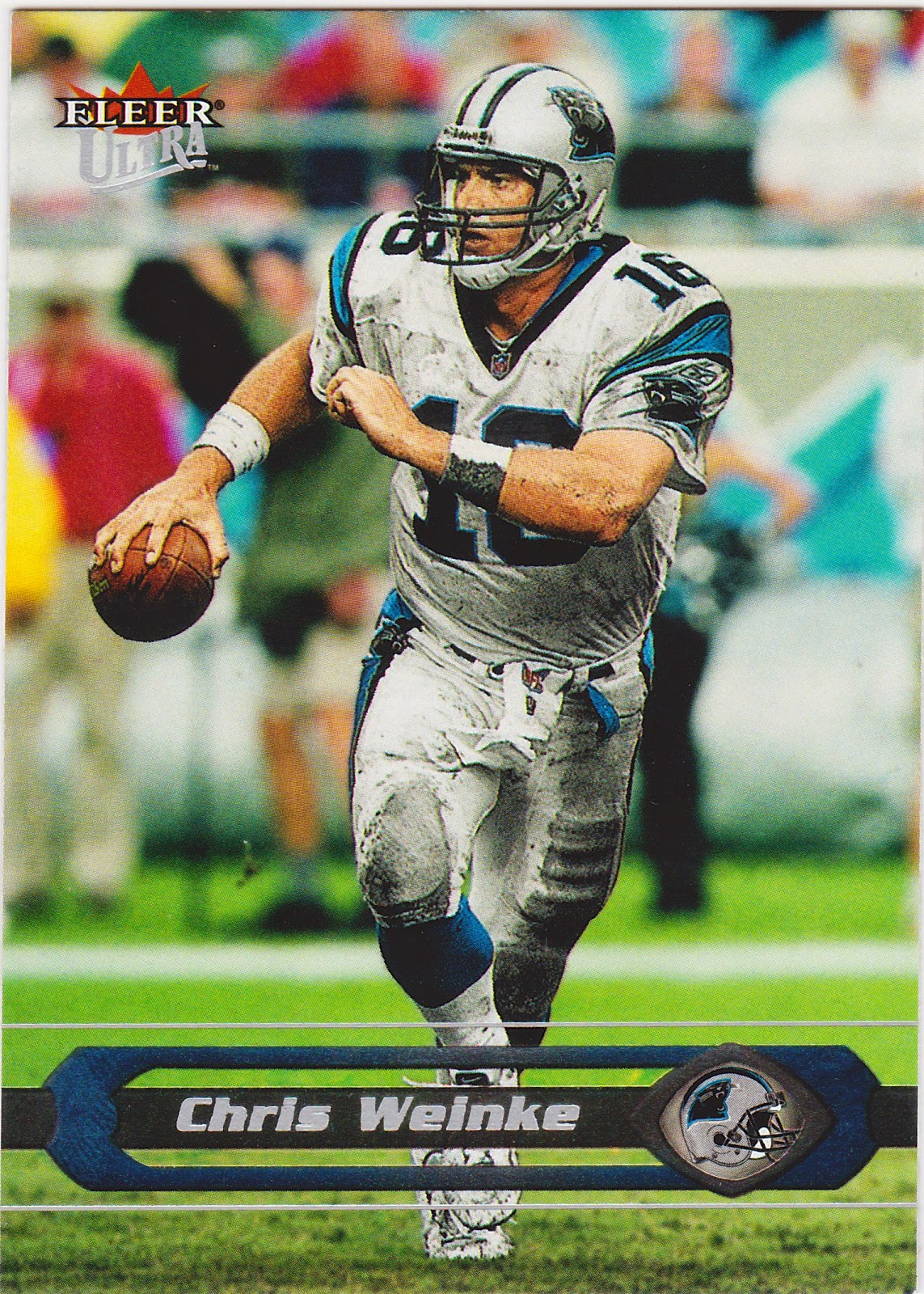 
NFL Info: Chris Weinke spent six seasons playing baseball in the Blue Jays' organization before enrolling at Florida State and playing quarterback there. He won a National Championship and a Heisman and then was drafted in 2001 by the Panters. He served mostly as a backup to Jake Delhomme and spent his final NFL season with the 49ers in 2007. He has worked in the financial arena and co-owns a football camp.

Fantasy Impact: In a word...none. I picked him up on waivers in 2003 immediately after the draft as a 'handcuff' for Jake Delhomme but dropped him after Week One of the season. Why I bothered with him in the first place is a mystery to me now. I drafted four QBs in that draft. Greedy I guess.

The Card: Not bad at all actually. I like the front photo and design in general. I might have done something different with the player name/team helmet area. I'd try deleting the blue element and using the team logo instead of the helmet but all-in-all I'm good with it. The back has what a card back requires, a different photo of the player, career stats (Weinke had only one year to list), his vitals and a short highlight blurb. I've certainly seen worse cards in this era.
Posted by Commishbob at 5:30 AM