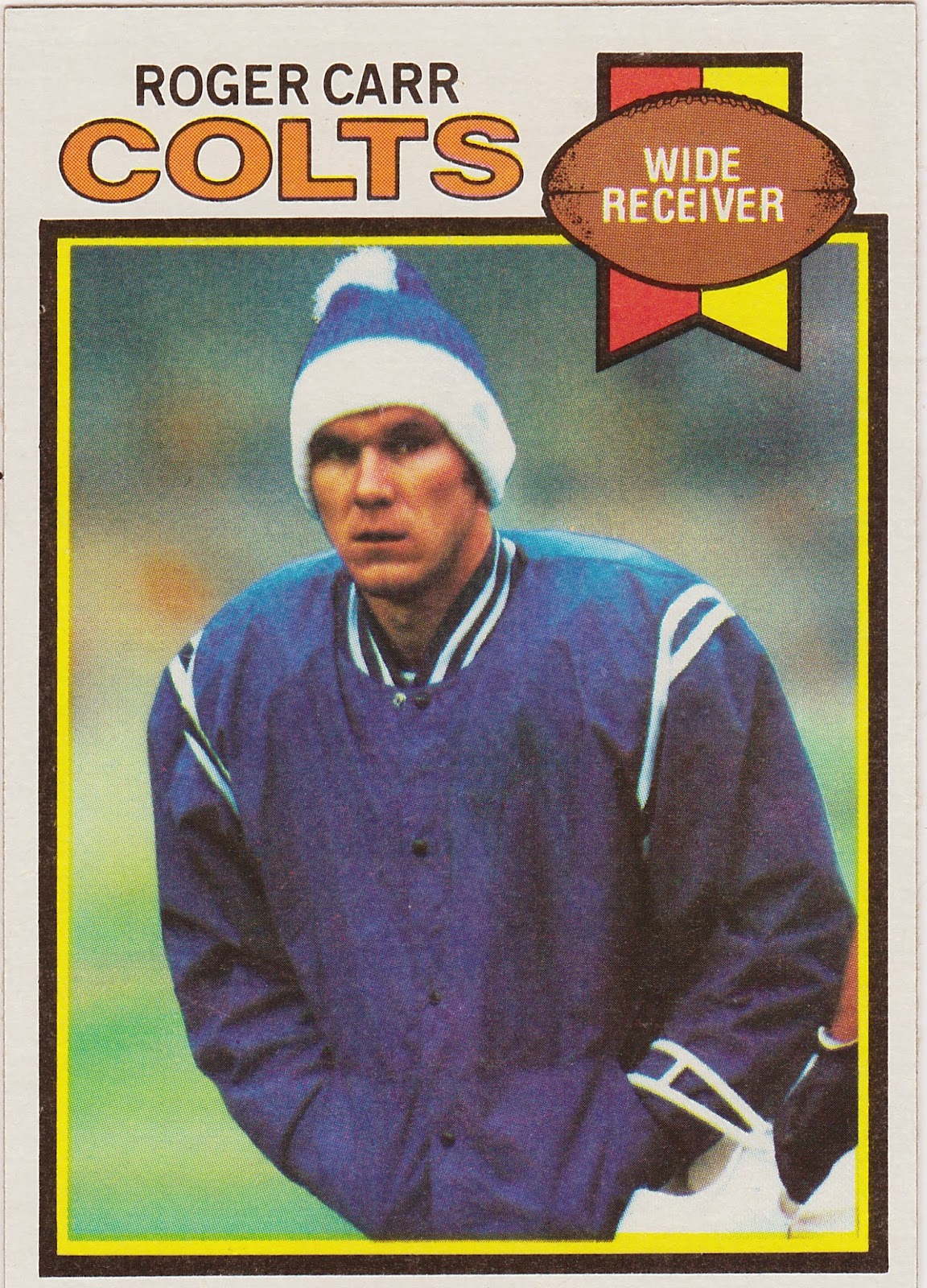 Roger Carr played 8 seasons for the Colts beginning in 1974, His tenure as a Colt more or less parallels that of QB Bert Jones.  His best season was 1976 when he led the NFL in receiving yards, yards per reception and yards per game. That was his only Pro Bowl year as well.

His cards always have interested me because he is shown as dark and brooding. Maybe he wishes he had a better career, or that he could have played with Johnny Unitas, or played when passing was every team's first option (like now). I don't know. But for whatever reason Topps had a lot of photos of him that make him look like a tragic hero in a Shakespearean play.

These next two are my favorites. C'mon Roger, lighten up. 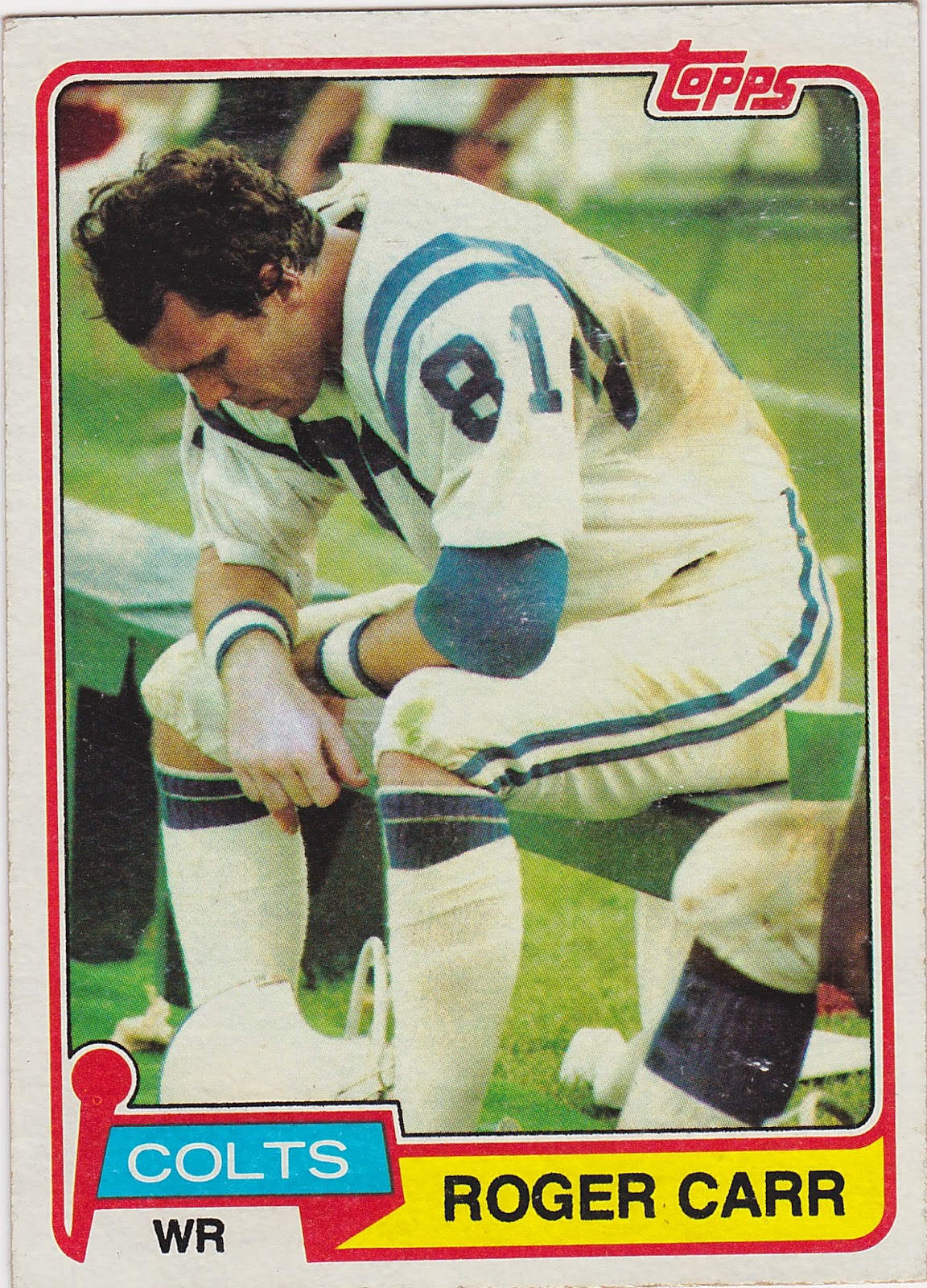 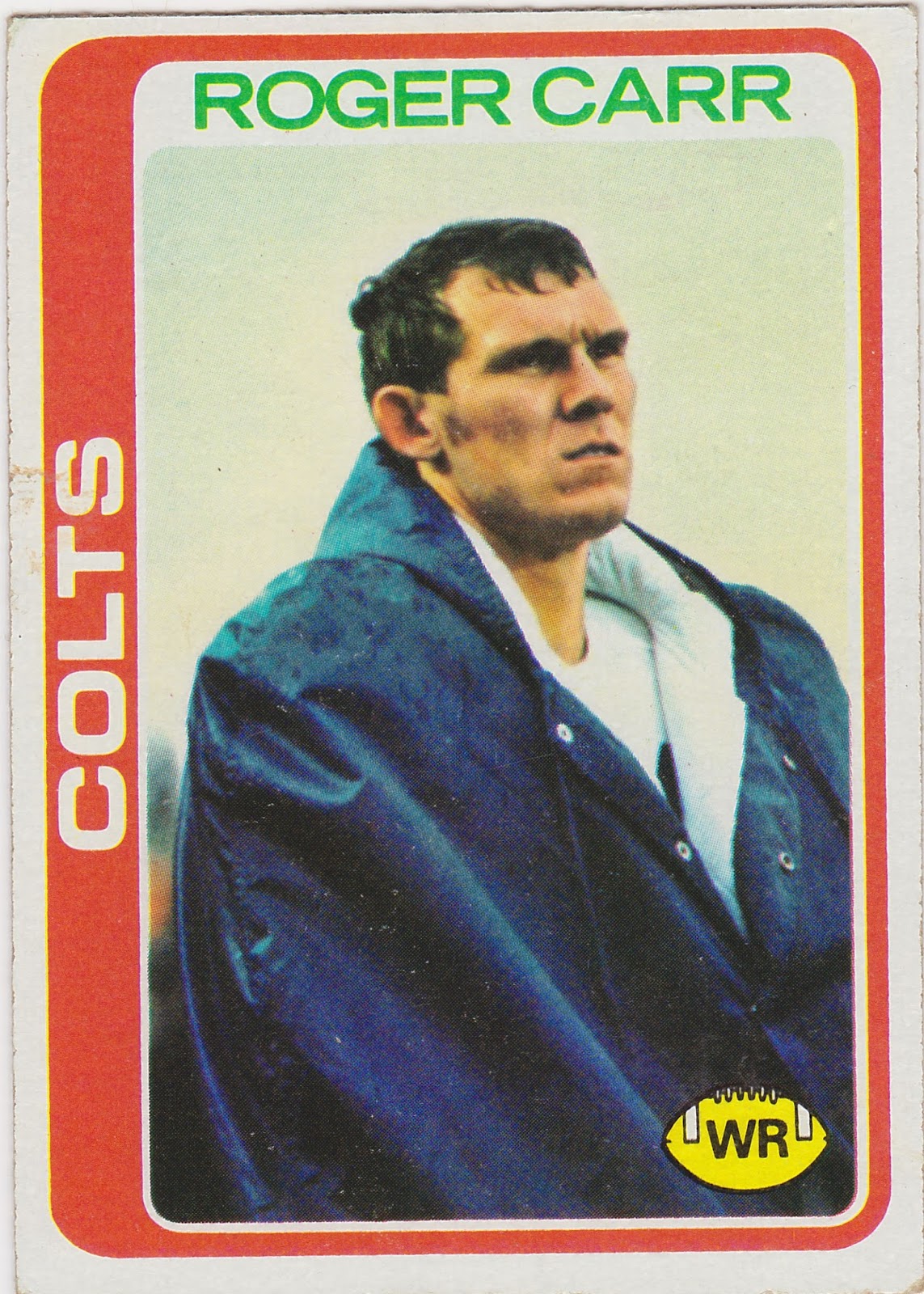 Nowadays Roger Carr is a high school football coach and church pastor in North Carolina. I hope he's happier now.
Posted by Commishbob at 5:00 AM