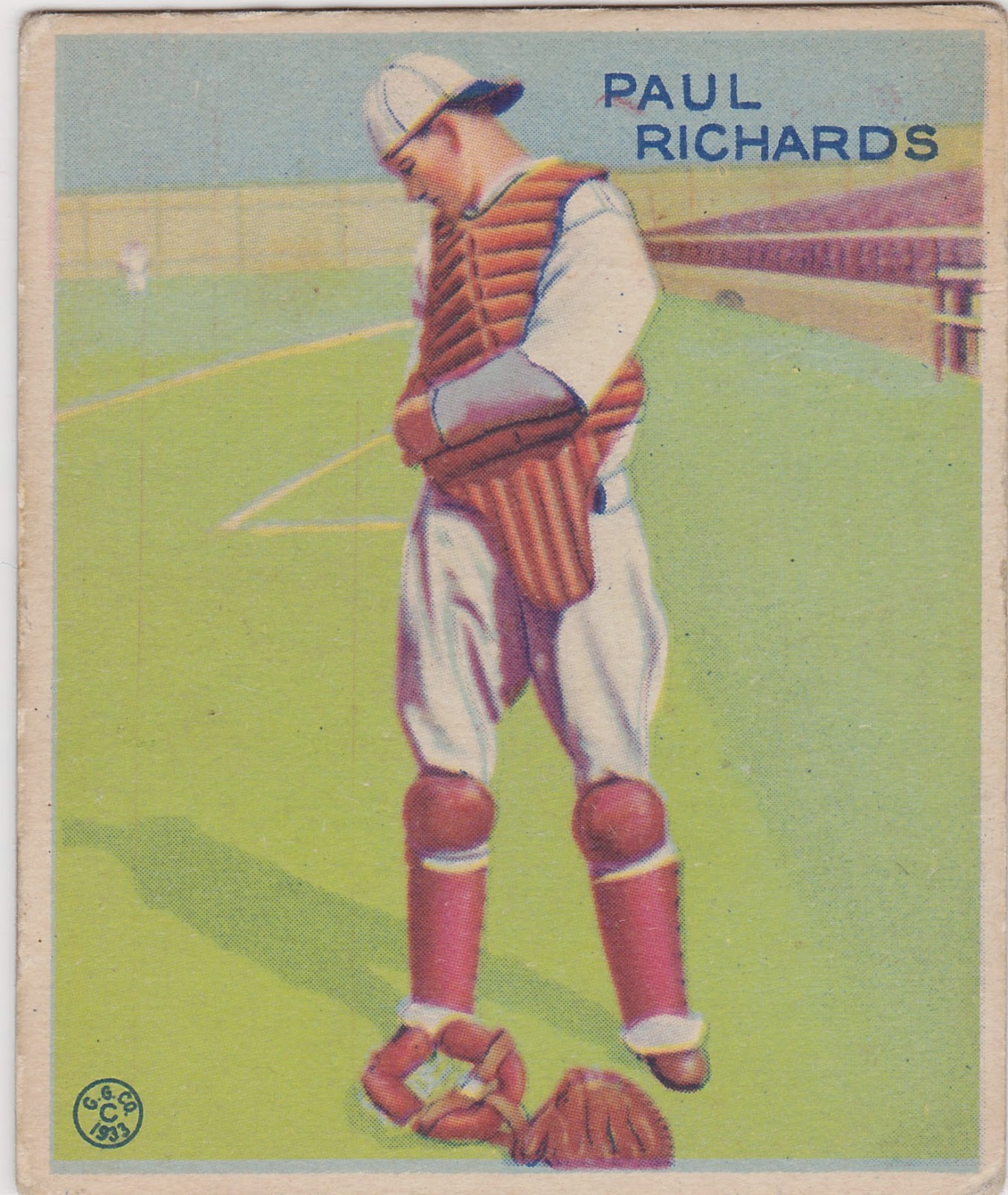 Just a quick post on a busy Saturday. This card came in Friday's mail and it took some of the gloom off a pretty rocky day. I showed an internet image of this one a week or so ago when I featured Paul Richards 1960 Topps managers card (among others). 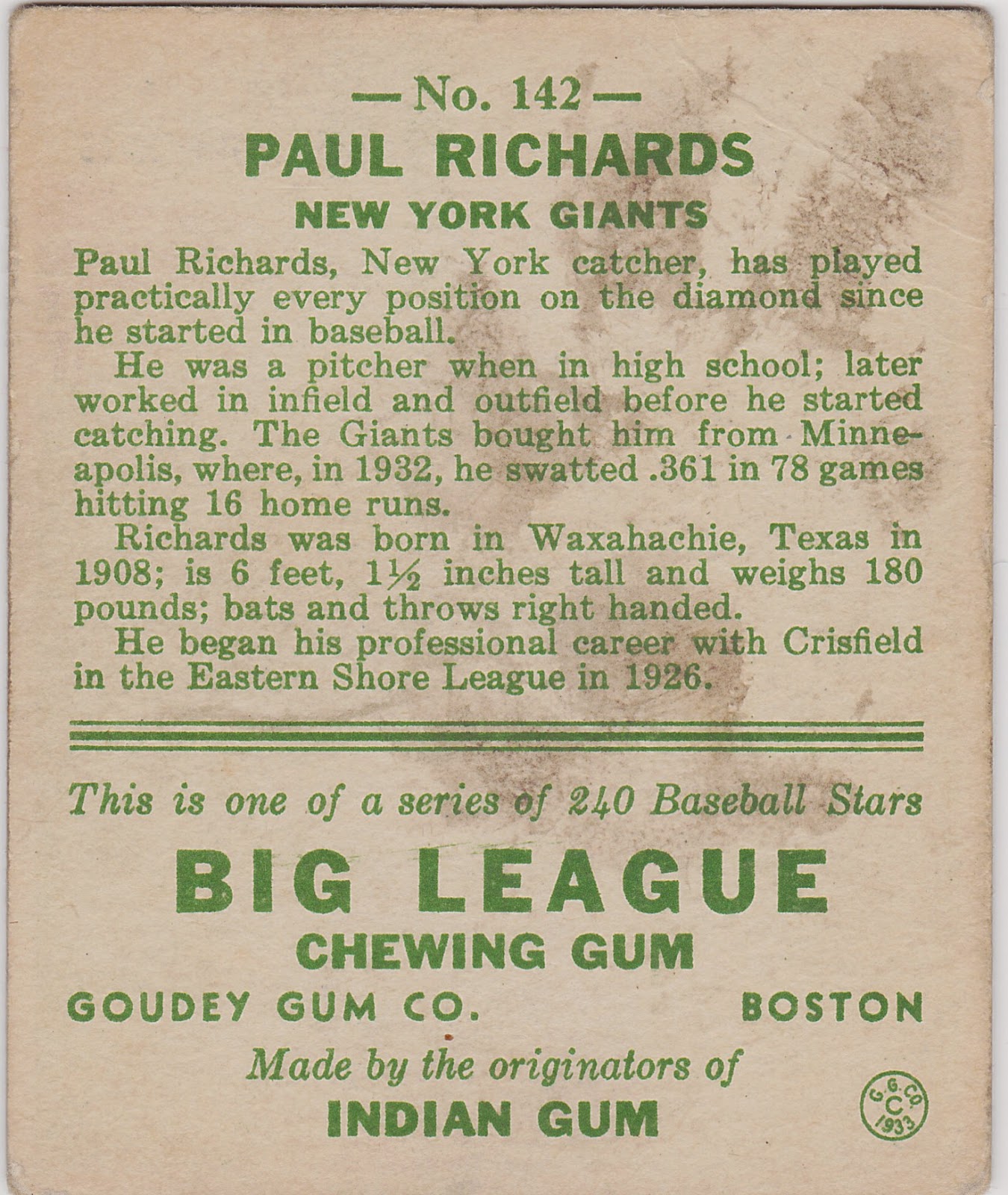 I only have a couple of Goudeys and NONE of them can touch the 'cool' of this one. What a fabulous pose with Richards painted as he prepares for a game. When I came across the image online I knew I needed to pick one up for myself. I dug around and as I expected there were not a lot of cheap examples out there. I looked for and found the least expensive one in acceptable shape. It ran me about $18 I think, plus shipping but for me it's worth every dime.

This one has issues, especially on the reverse but the staining isn't too awful. It just adds to the charm as far as I'm concerned. It goes immediately into the 'grab this if the house is on fire' binder.

As for Richards he was in his rookie season in '33. He's had a pretty successful five year string in the minors and had gotten a handful of at bats with the Brooklyn Dodgers in 1932 and then had his contract bought up by the Giants. After a few seasons as a platoon catcher with the Giants and Phils he returned to the minors and had another string of seasons in which he hit very well.

His hitting prowess in the minors never transferred to the majors but his handling of a staff and his defensive abilities got him back to the majors in 1944 with the Tigers and he backstopped them to the 1945 World Championship. He got some MVP consideration in 1944 and '45 despite hitting no higher than .256.

Of course he went on to a long and distinguished career as a manager and team executive in his post playing years.

Posted by Commishbob at 9:01 AM