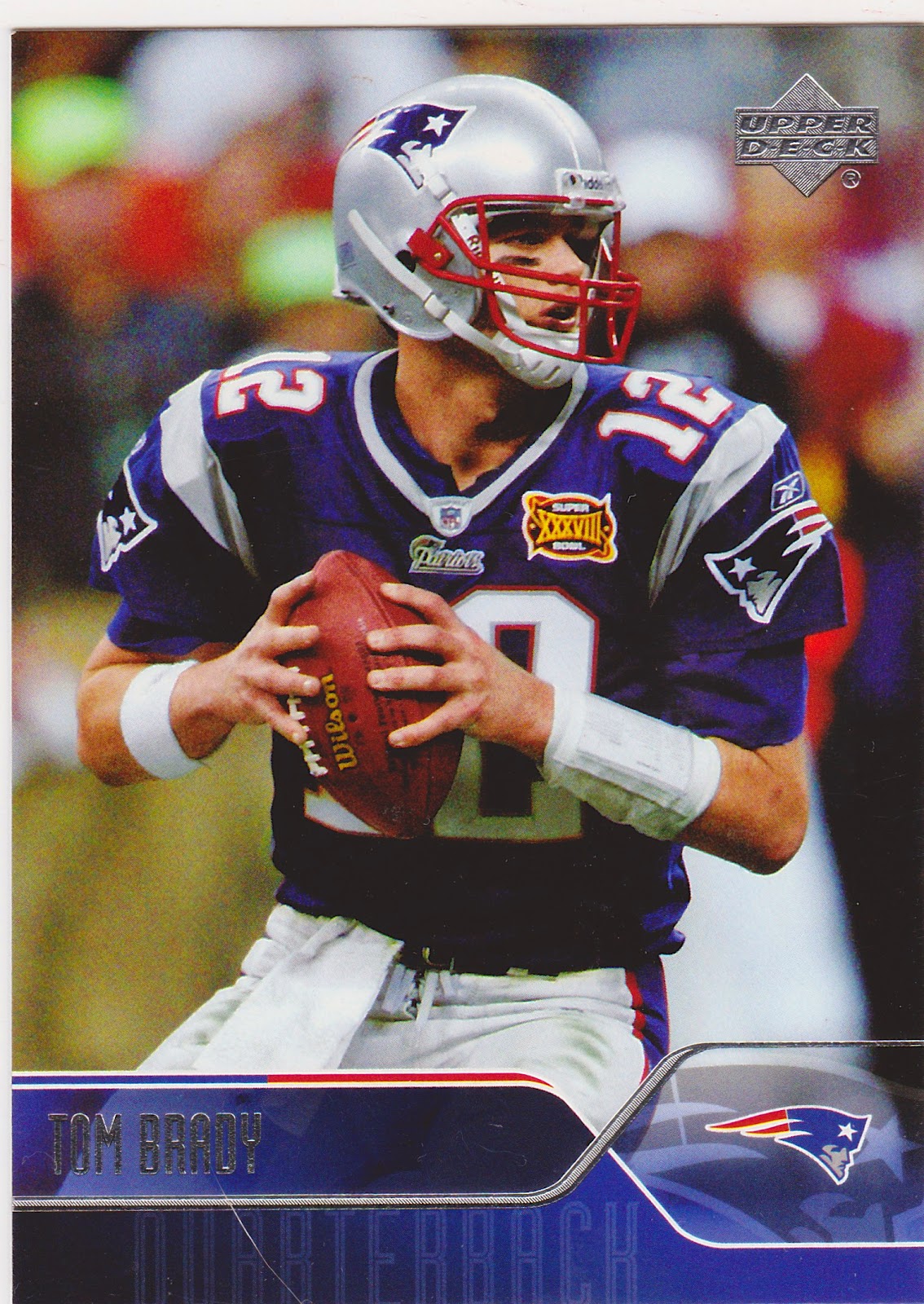 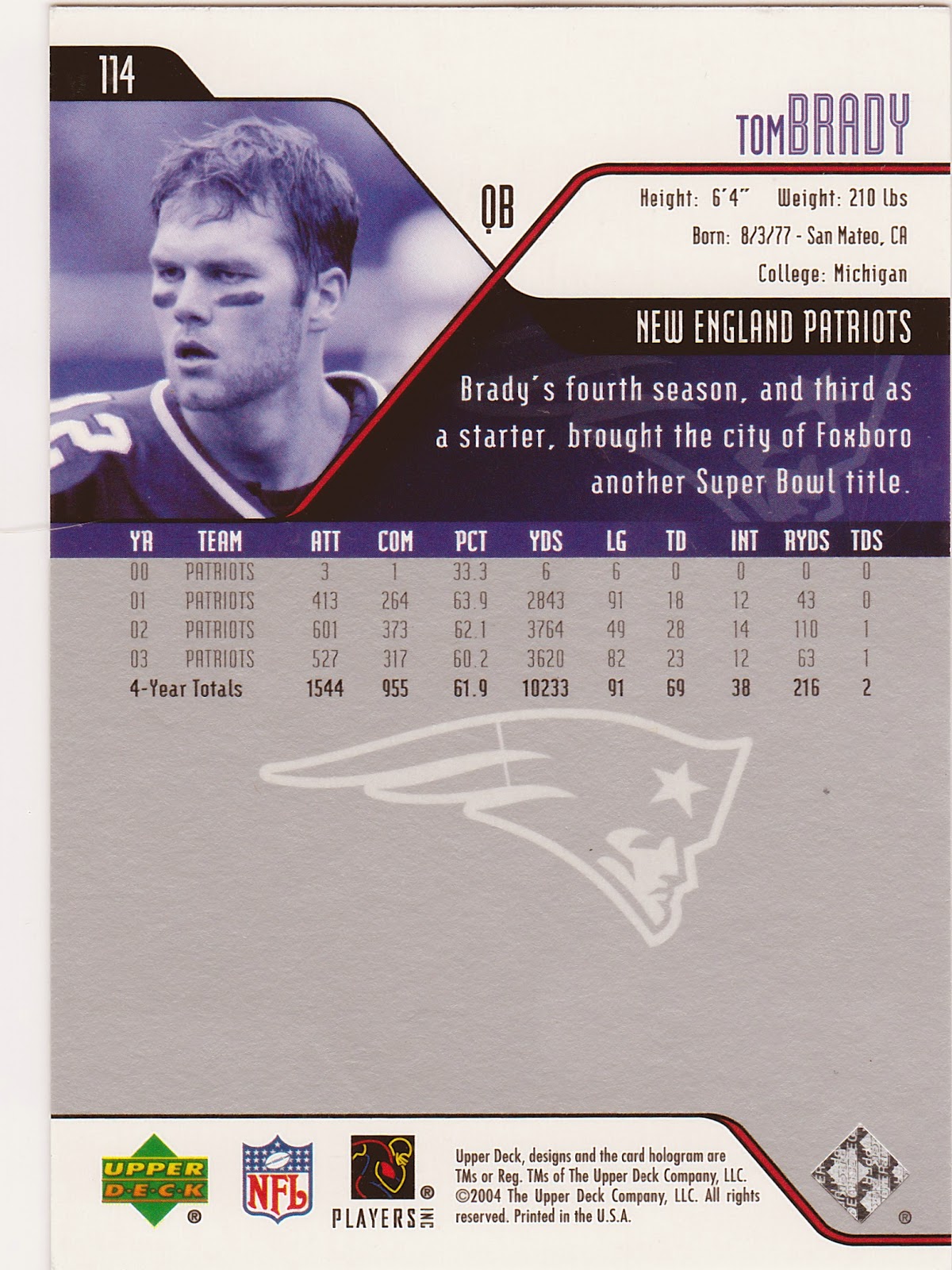 NFL Info: LOL, are you kidding.... he's Tom Brady.
Brady came out of Michigan as a sixth round(!) draft pick in 2000. He sat a season behind Drew Bledsoe and then in 2001 he took the job when Bledsoe was hurt. He never looked back.

Fantasy Impact: I had Brady in 2004 after a late season trade and used him as my starter for the last four weeks of the season. He had two decent games and then two stinkers as I faded from 6-3 (second best in the league) to end up 6-7 and missing the playoffs.

I drafted Brady this season and he was part of what I thought was one of my best teams ever post-draft. His sluggish start hurt me early and by the time he found his stride I was having other issues with injuries to key players. He's making his final start for me this week and it's also likely my final week as an active fantasy player. My interest in the current NFL is waning and after running my league for 35 years I'm pretty sure I'm going to hang it up. We'll see.

The Card: "Ladies and gentlemen, we have a split decision." The front of this Upper Deck card is just fine. Good picture of Brady filling the frame, a picture taken during the previous Super Bowl which the Pats won in Houston. I love that SB patch. The silver chromey typeface at the bottom is hard to read on the scan but it's not as obscure in hand.

The back however is another story altogether. All that empty space! I suppose four seasons of stats are not going to fill the card but there are dozens of guys in the set with similar experience. They all have that field of nothingness. Crappy design.