Some Sort Of Photographic Harmonic Convergence 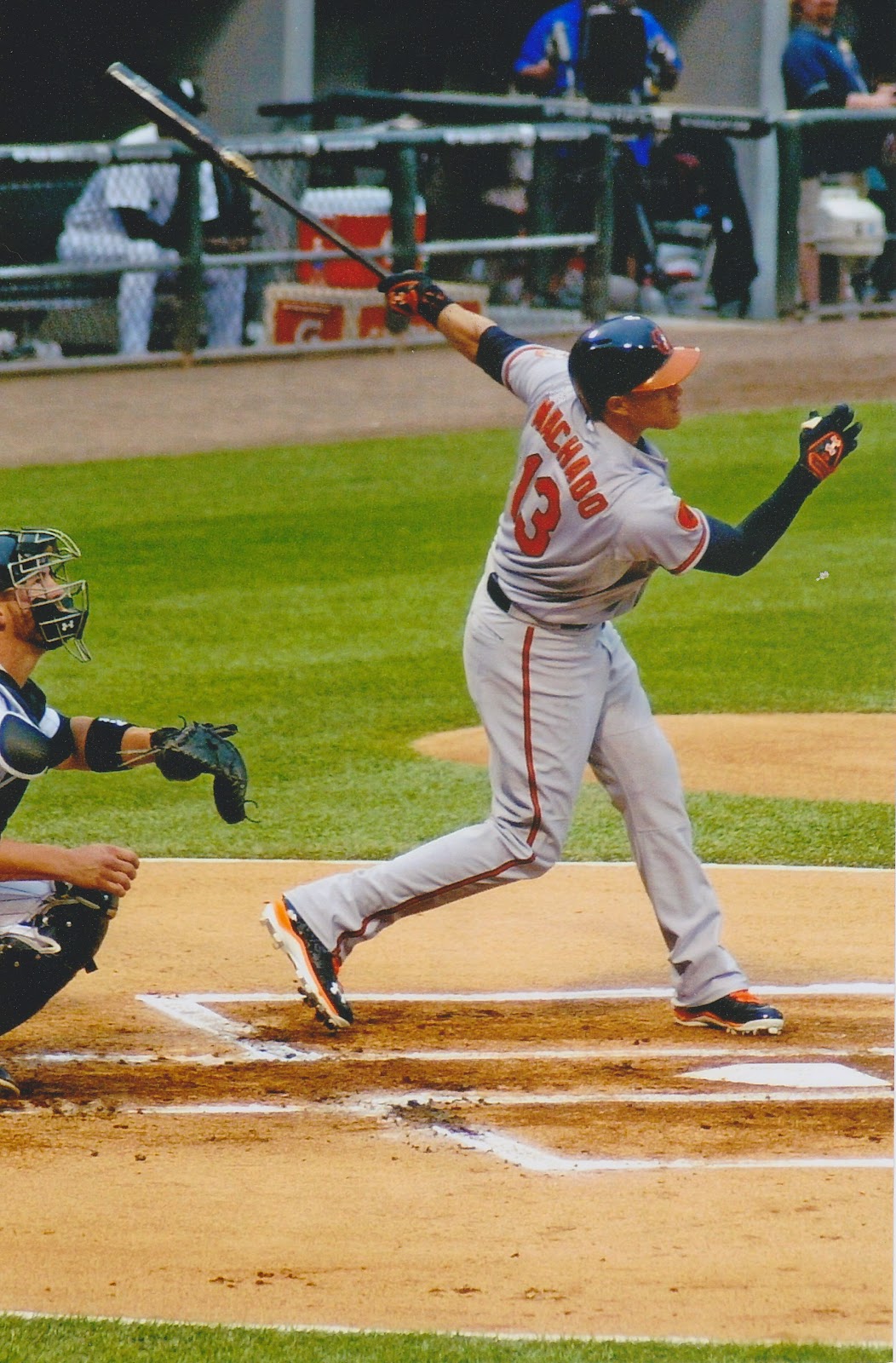 But within a few hours of the post hitting the net I find an envelope in my mailbox from Mike McKay, a Chicago area collector and blog reader, who has sent me some really neat and unique items in the past year or so. And in the package are some terrific shots that Mike took last July when the O's went through Chicago.

A couple of things are obvious. First of all Mike routinely gets much better seats than I normally do. And he has a better camera/better eye for pics. I only wish I had some skill at making homemade cards like so many other bloggers do. These pics would make some really nice ones!

Mike took the shots on July 2 of last year, a game the Sox won 5-2. That's my man Manny Machado up top. He flied out and singled in the game among his four at bats, this looks like the fly out.

Next we see Nick Markakis. He had three singles that night, two to left field. This looks like a single to left. 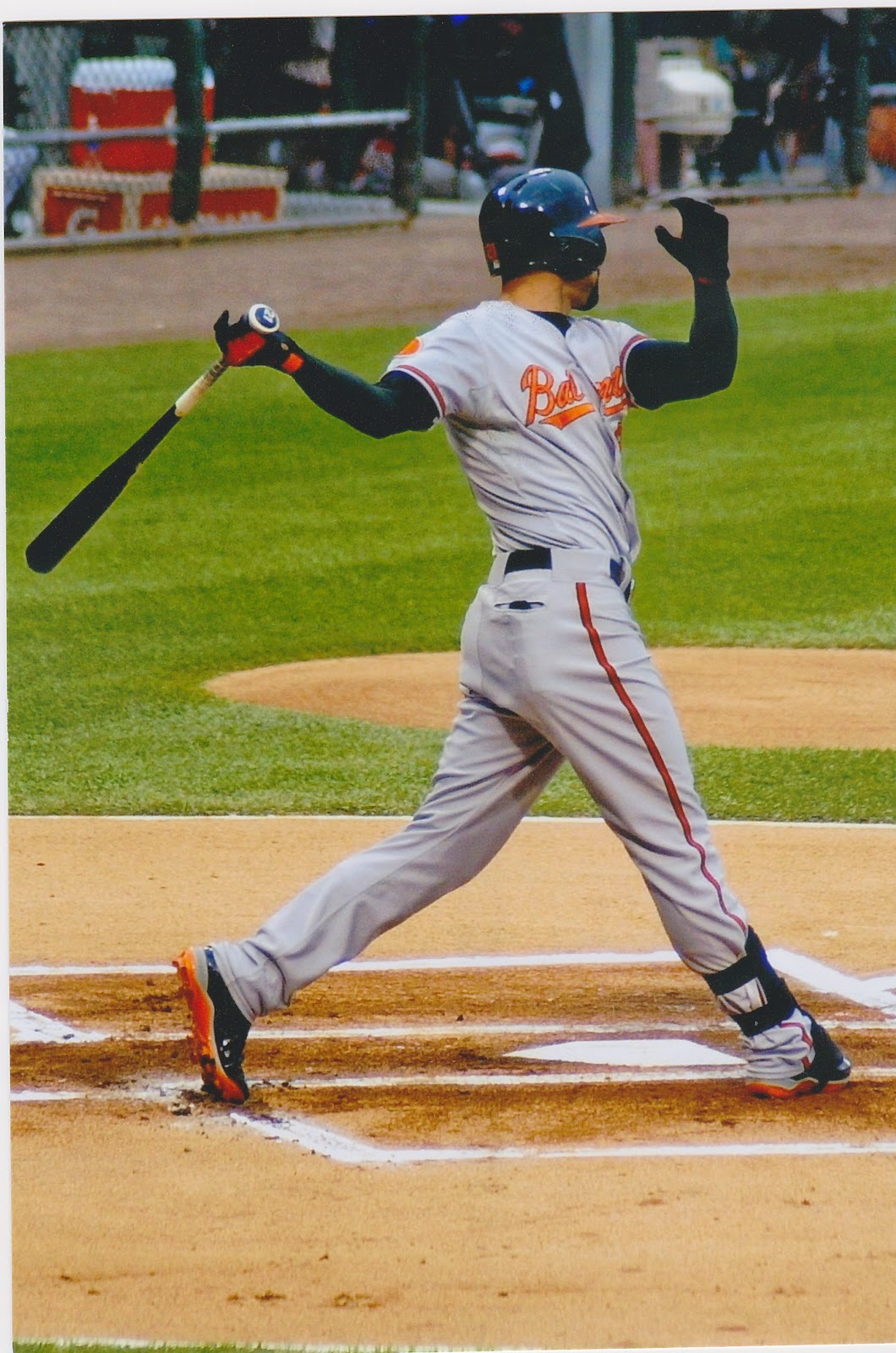 Chris Davis hit 50 something dingers last year. But he got the collar in this game. 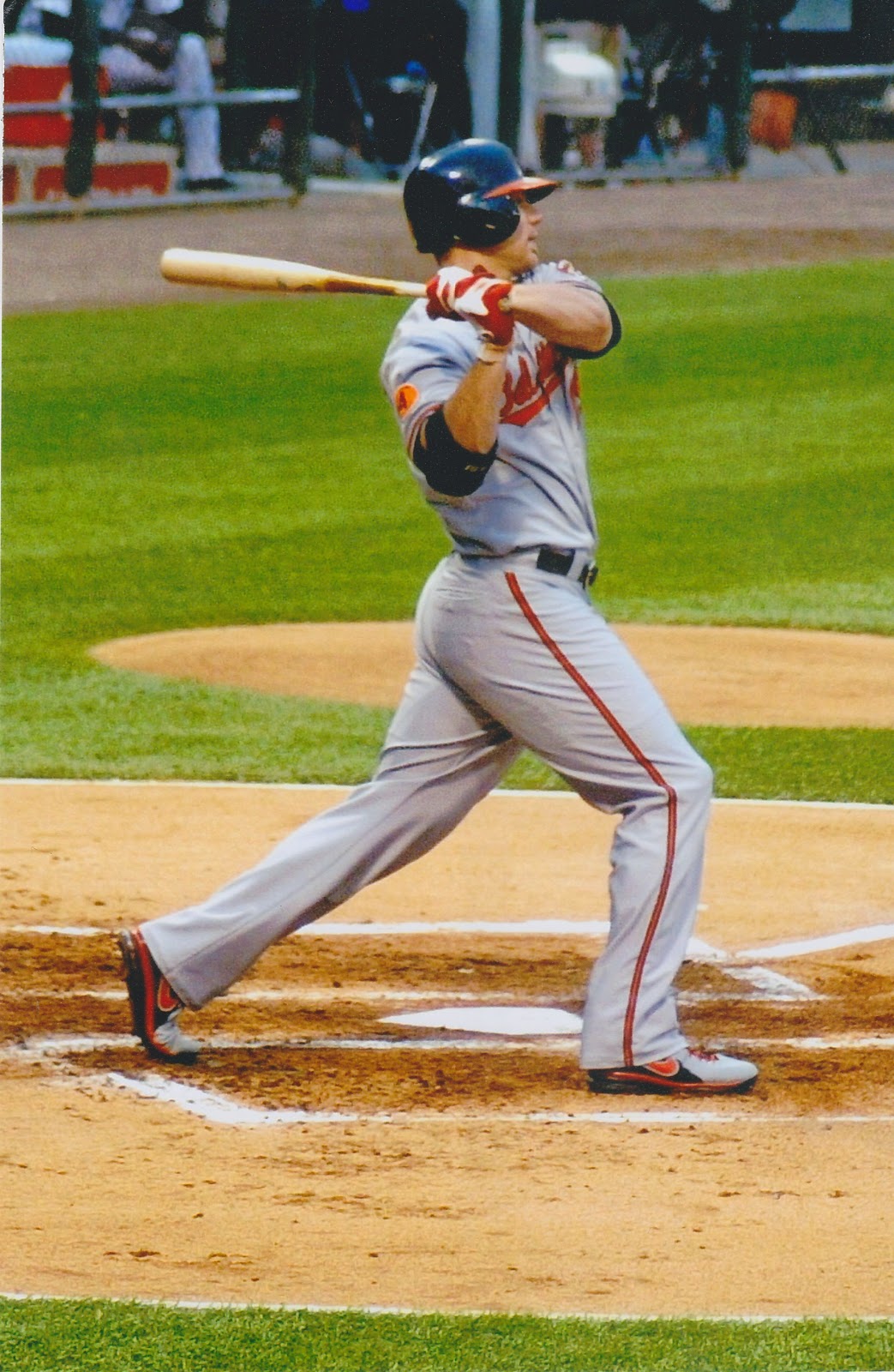 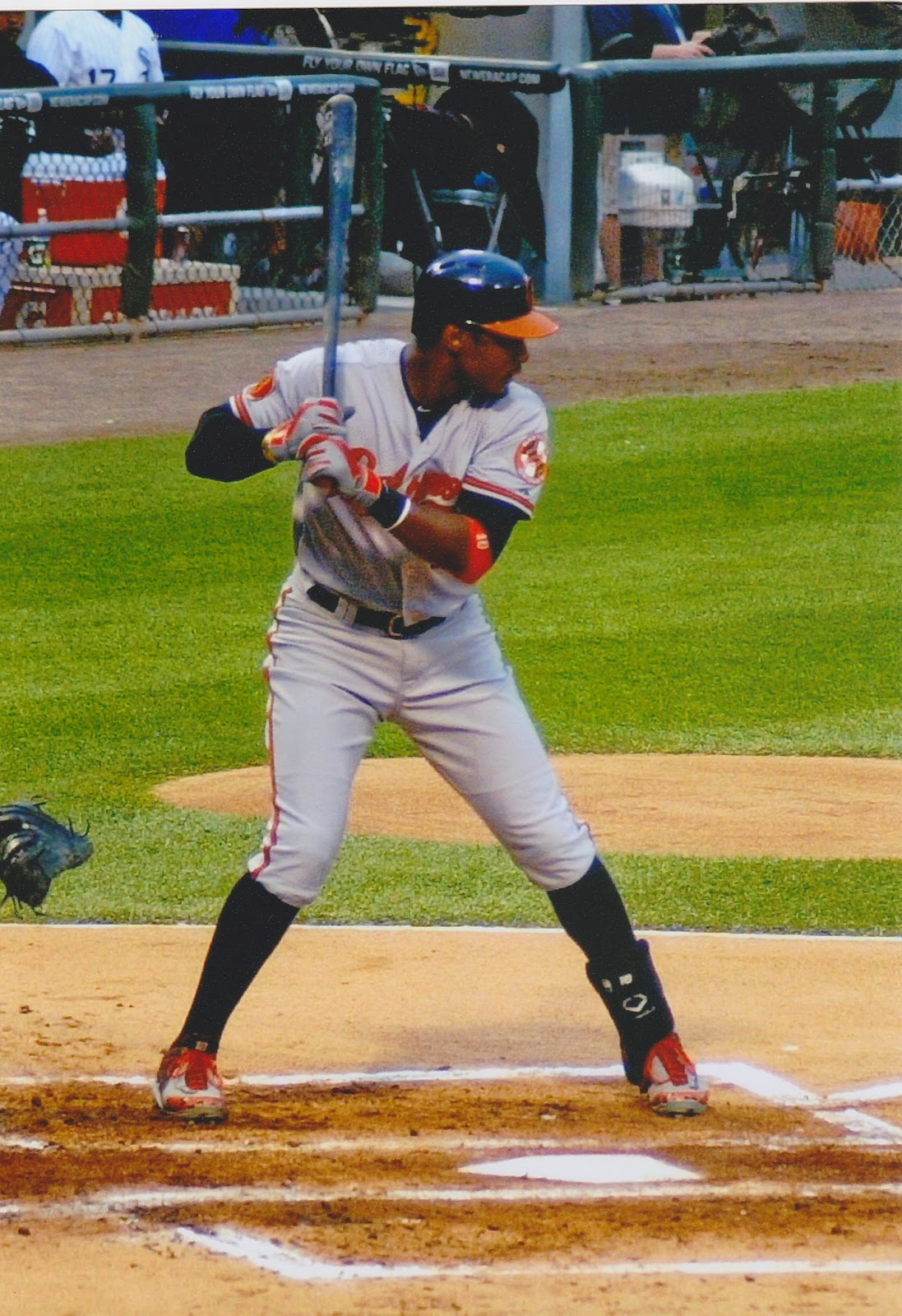 Matt Weiters went 0 for 4. But he looked good doing it, didn't he? 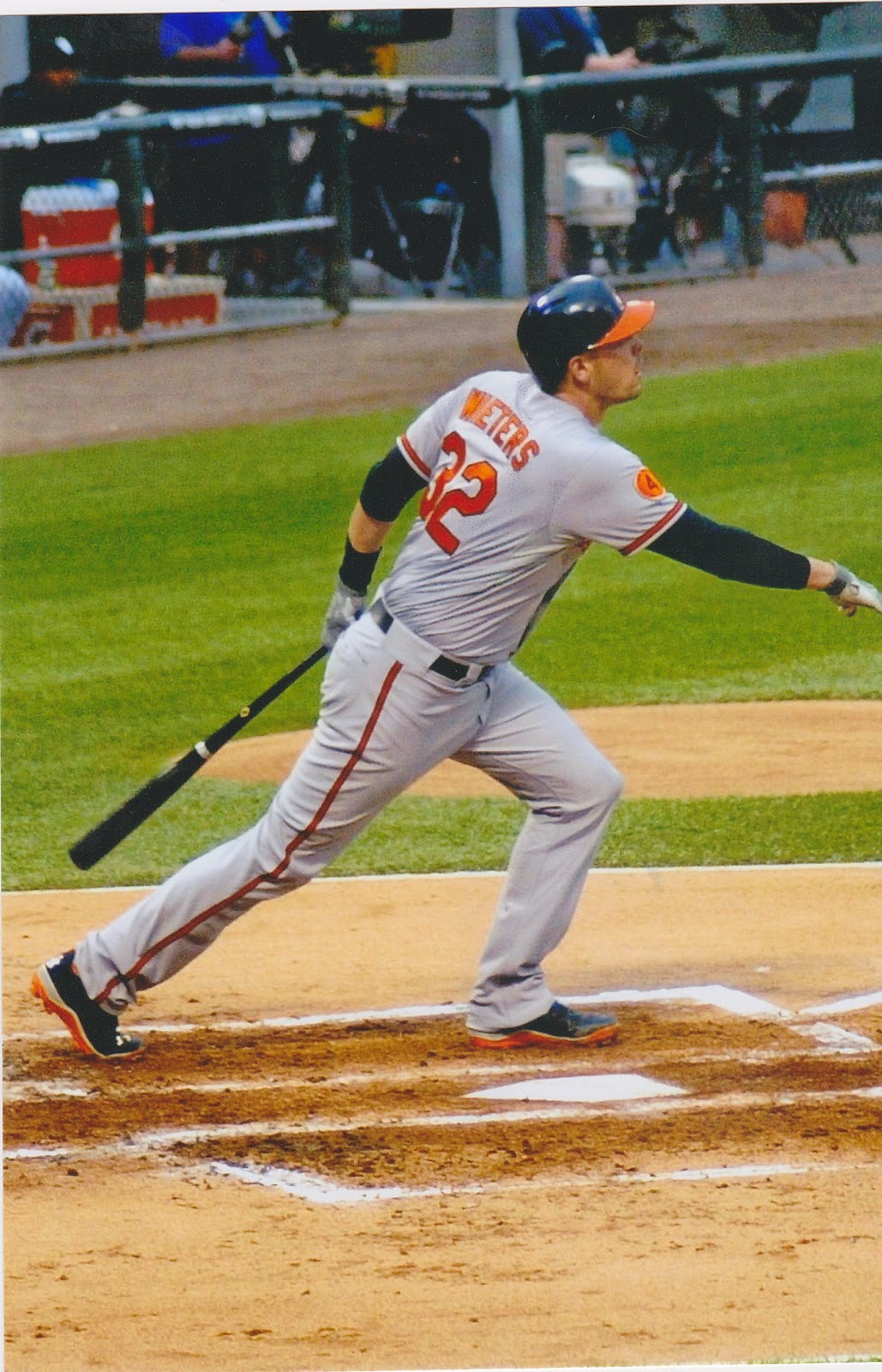 And finally starter Jason Hammel. He didn't pitch well in this one, nine hits in seven innings and he wlaked off the field with an ERA over 5 for the season. The Cubs signed him as a FA and he was pitching pretty well it seems and then was part of the big Jeff Whateverhisnameis trade. In two starts with the A's... well, it has not been pretty. The Orioles rocked him last Saturday. 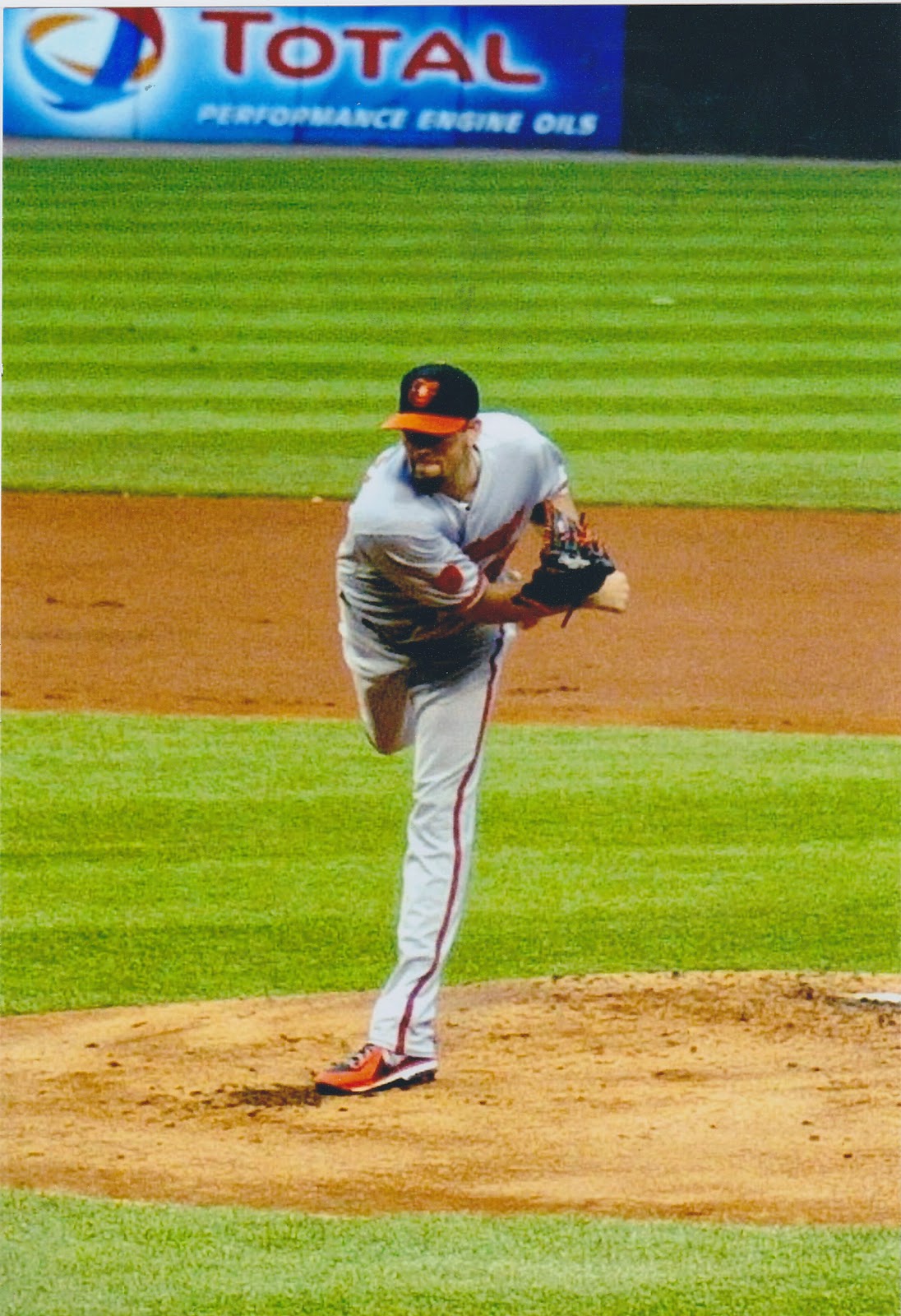 Thanks once again, Mike. Great stuff.
Posted by Commishbob at 9:49 AM