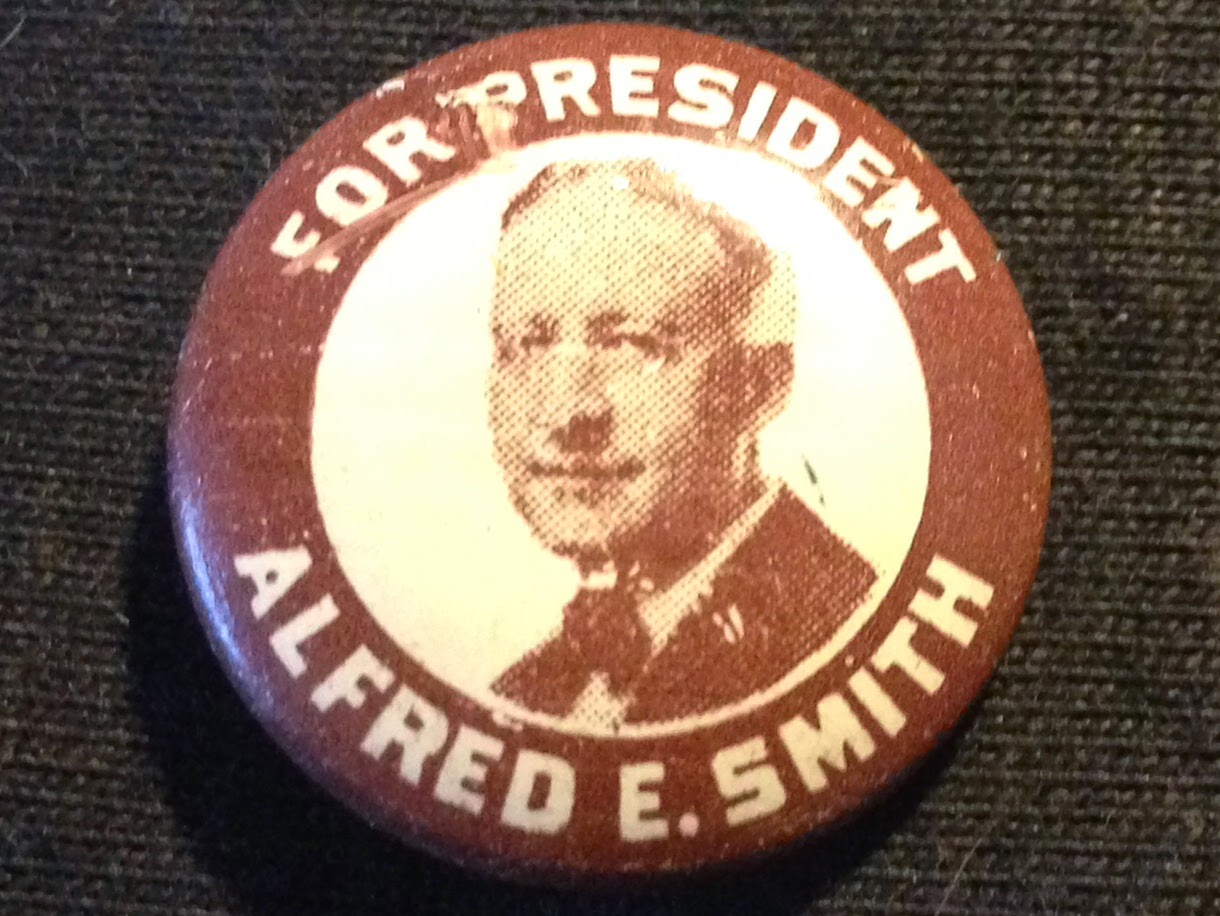 To a low level political pin collector like me a cheap and not-very-scarce pin like this one is a treasure. The real collectors deal in high level stuff while all I really want to do is pick up something from as many different presidential campaigns as possible. So something that still looks good 86 years after it was produced is pretty special.

Alfred E. "Al" Smith was the Democratic nominee in 1928. He was the four term New York governor and was known as a reformer and staunch opponent of Prohibition. As a Catholic (the first ever Catholic Presidential hopeful) he was able to gain support of the large contingent of Catholic women who had never held the right to vote previously. But this was counterbalanced by a large block of voters who distrusted him based on fears that the Pope would dictate U.S. policy if Smith was elected.

Running against Herbert Hoover in 1928, a time of national prosperity under Republican administrations, Smith was soundly defeated in the general election. Franklin Roosevelt succeeded Smith as New York governor and in 1932 as the Democratic nominee. Smith and Roosevelt, once friends and allies, fell out over Smith's criticism of Roosevelt's New Deal initiatives. Smith also resented his treatment by Roosevelt when FDR served as governor from 1929 to 1932.

Smith's opposition to FDR was so strong that he supported the Republican candidates in the presidential elections of 1936 and 1940. After he was defeated in '28 he became the president of Empire State, Inc., the corporation that built and operated the Empire State Building. He died in 1944.