How I Spent My Sunday 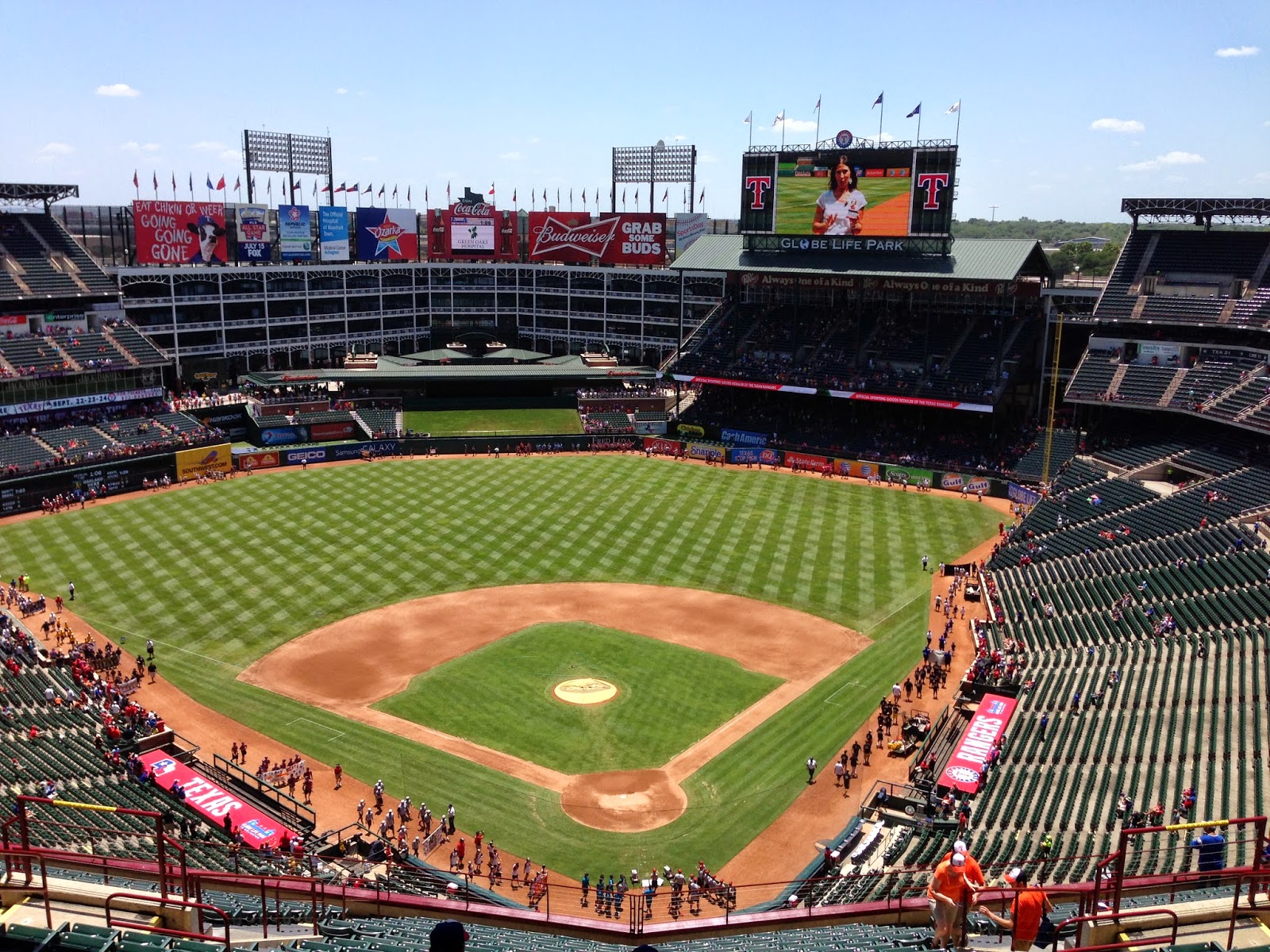 Last Sunday on the way to a teachers convention I took a quick side-trip to see the Rangers play the Angels in Arlington. I had driven past the place a time or two but I had never been in it for a ball game. I'd been to dozens of games in the old but very fun Arlington Stadium years ago. It was 'Oklahoma State University Day' at Globe Life Ballpark. They gave the USU folks in attendance orange/black/white Rangers caps. They was weird because those are obviously the Orioles' colors. You can see a couple of OSU people in the top picture. I talked to a few who were sitting by me. I think you had to buy tickets through a special promotion to get a cap. We also talked about Stillwater. I was last there when I took one of my sons on a recruiting visit. I like the place a lot. My son didn't.

A couple of impressions of the ballpark:

1) It has been a few years since I sat in an outdoor ballpark on a Sunday afternoon to watch a game. Minute Maid Park has it's charms but even when the roof is open I never get that 'I'm sitting outside for baseball' feeling. I miss that and it was fun to do it again.

2) The 'back of the house' (concourses, concession areas) seemed narrow. They posted the crowd at 34,000+ but I think they were counting everyone twice. I think 20K would be a generous guess but even so the walkways were kind of crowded. It might have been because many of the concession stands were not open and everyone had to use those closer to the home plate stands. I visited two different Ranger merchandise shops and both here packed. I would have guessed it was because they were air-conditioned but people seemed to be buying stuff. Speaking of 'stuff', I kind of felt like I was the only person in the place not wearing Rangers gear. They sell a lot of caps and t-shirts. I guess it helps when you've been in a couple of World Series'.

3) It was hot. Very few places I've been are as hot as north Texas in July. I had a much better ticket than the above picture indicates but I went up to the top row of the upper deck which has the open area behind it and I was able to catch a nice breeze. That shot was taken about 30 minutes before the game. There were a lot of people inside but most were hanging out on the concourses to avoid the sun as long as possible.

Later on, about the third inning I moved out to right field, again going up to the top row. If you look at the rest of the stands you can see that about 75% of the crowd has taken to sitting in a shaded area. 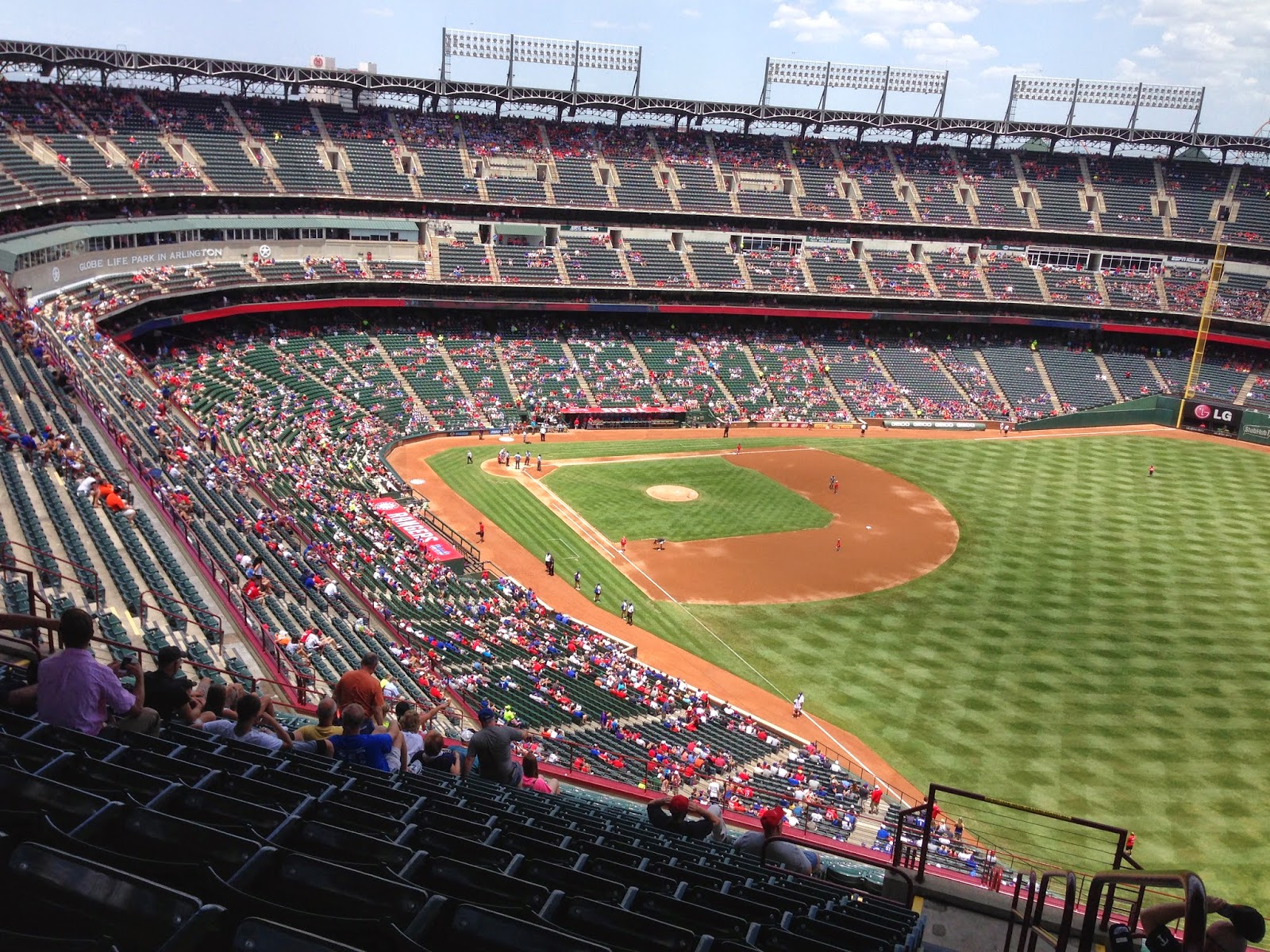 4) And finally, the Angels are good. Really good. Mike Trout is really really good. But you knew that. I saw him play in Houston last year, from a seat right behind the dugout. He's good even when you watch him from 400 yards away! The Rangers hung in there but fell, 10-7. By the time it was over I was sitting in a cool Dallas bar watching the World Cup overtime periods having a cold beverage. 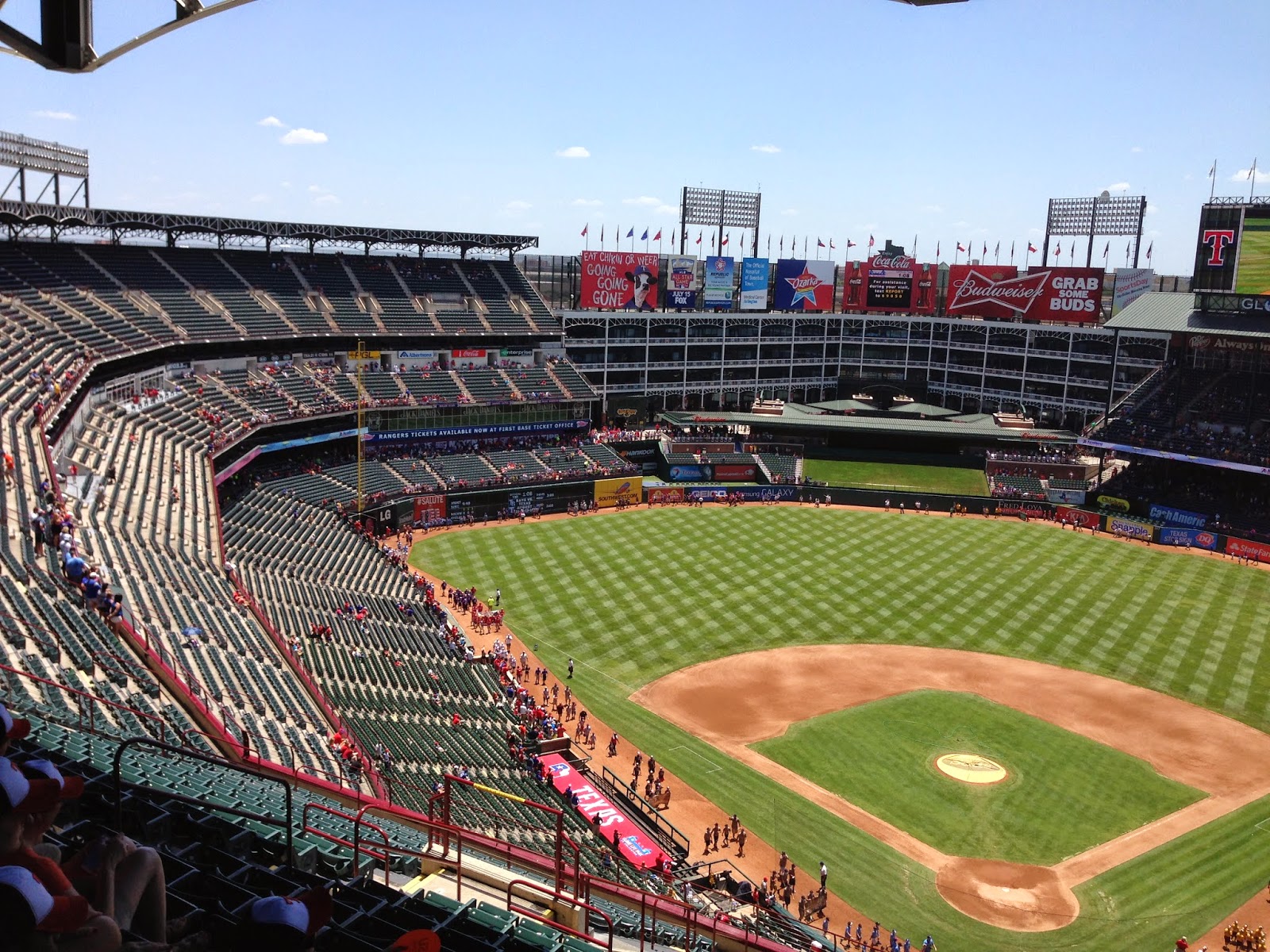 Is that a hotel out behind left-center? Offices? If that area was open there might be a better breeze through to place. 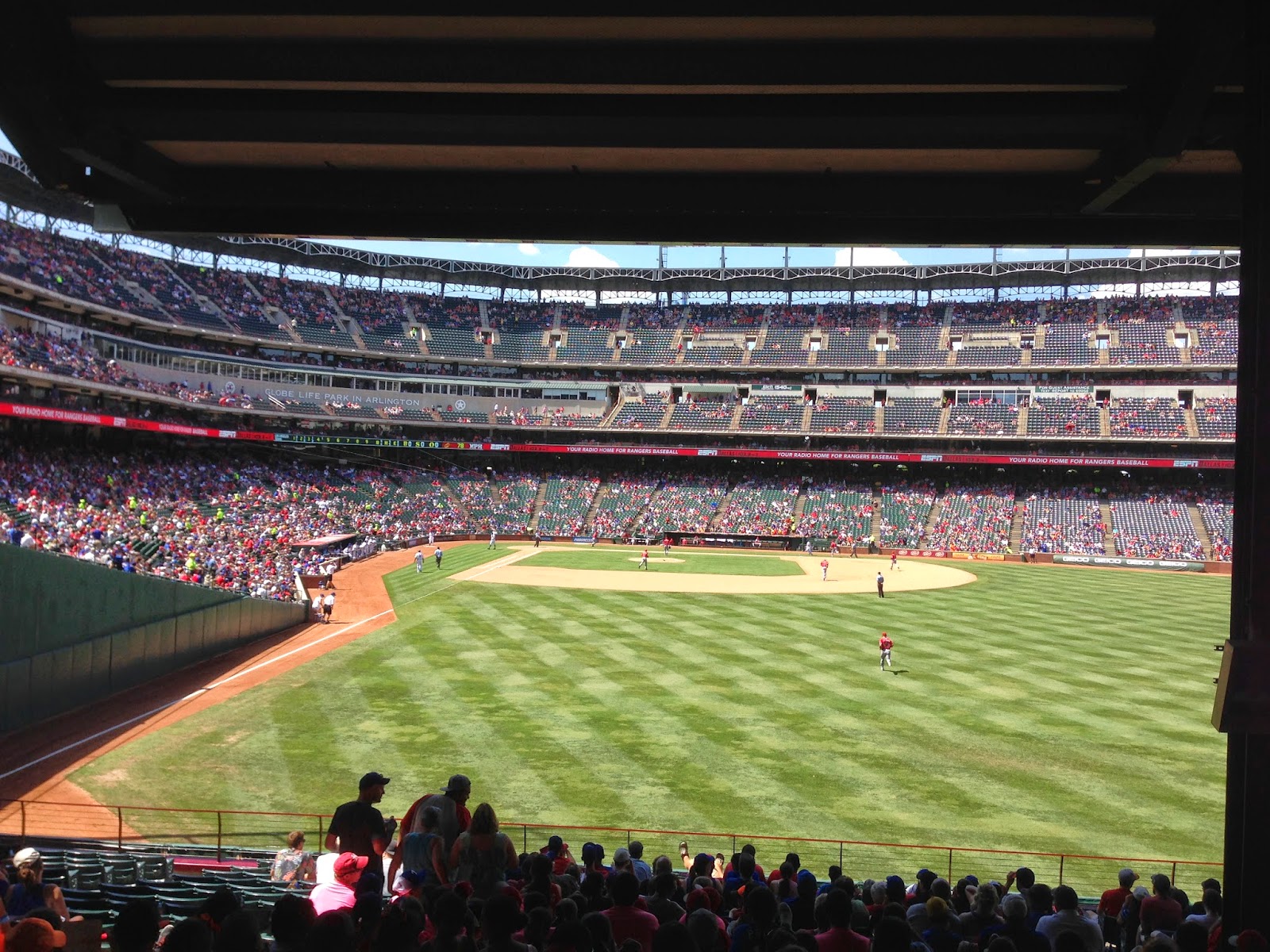 Since I was too far away for any good (or even crappy) action pics of the game I'll post a Texas Ranger related card group. OK, maybe just a Ted Williams card group, after all, Teddy Ballgame was their first manager.

1958 Topps All Star card. After '58 there were no more Ted Williams Topps cards for a long time. My copy is pretty worn obviously but sometimes you have to just buy what you can for the money you've got, right? 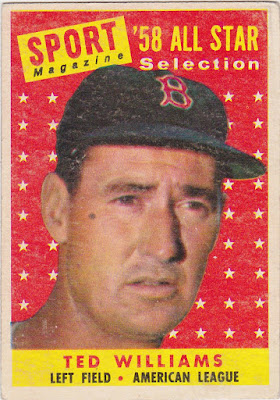 This is a Baseball Card News promo card from 1983. I loved that publication. 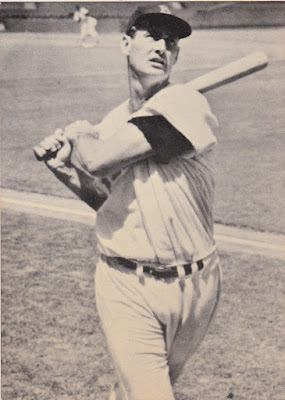 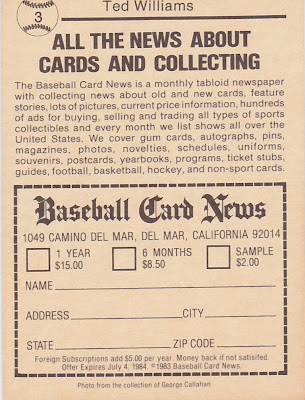 And finally this is the StarCal Ted Williams Large decal. I don't own this. I only wish I did. 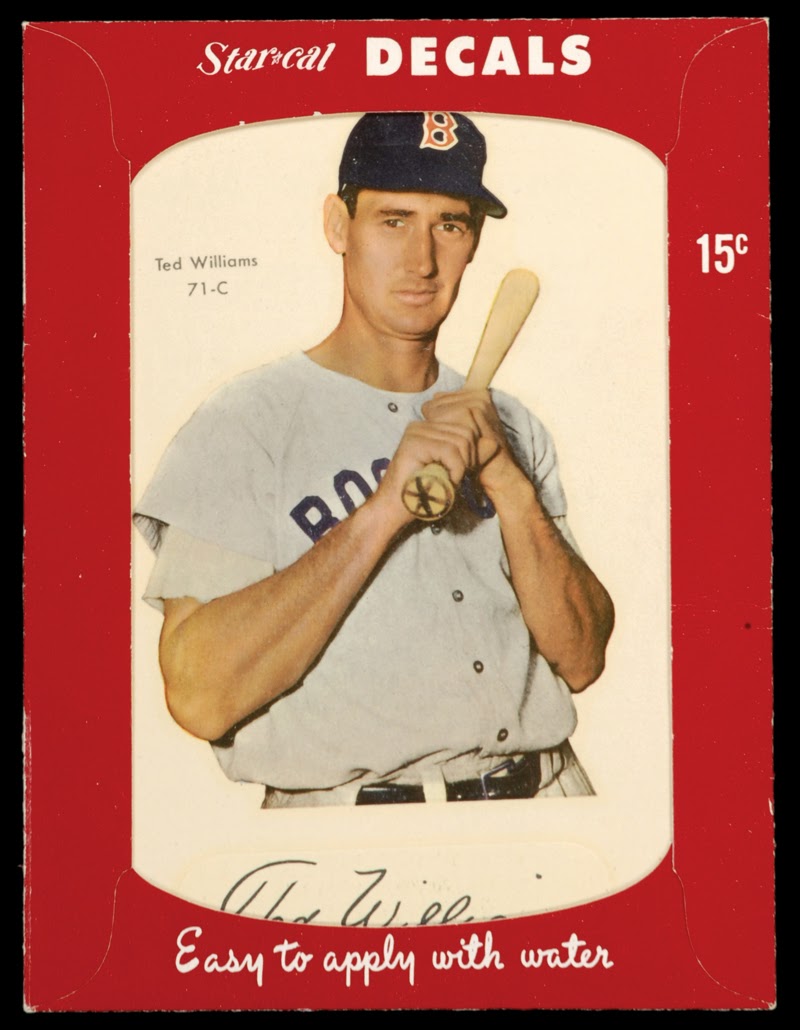 Posted by Commishbob at 5:08 PM