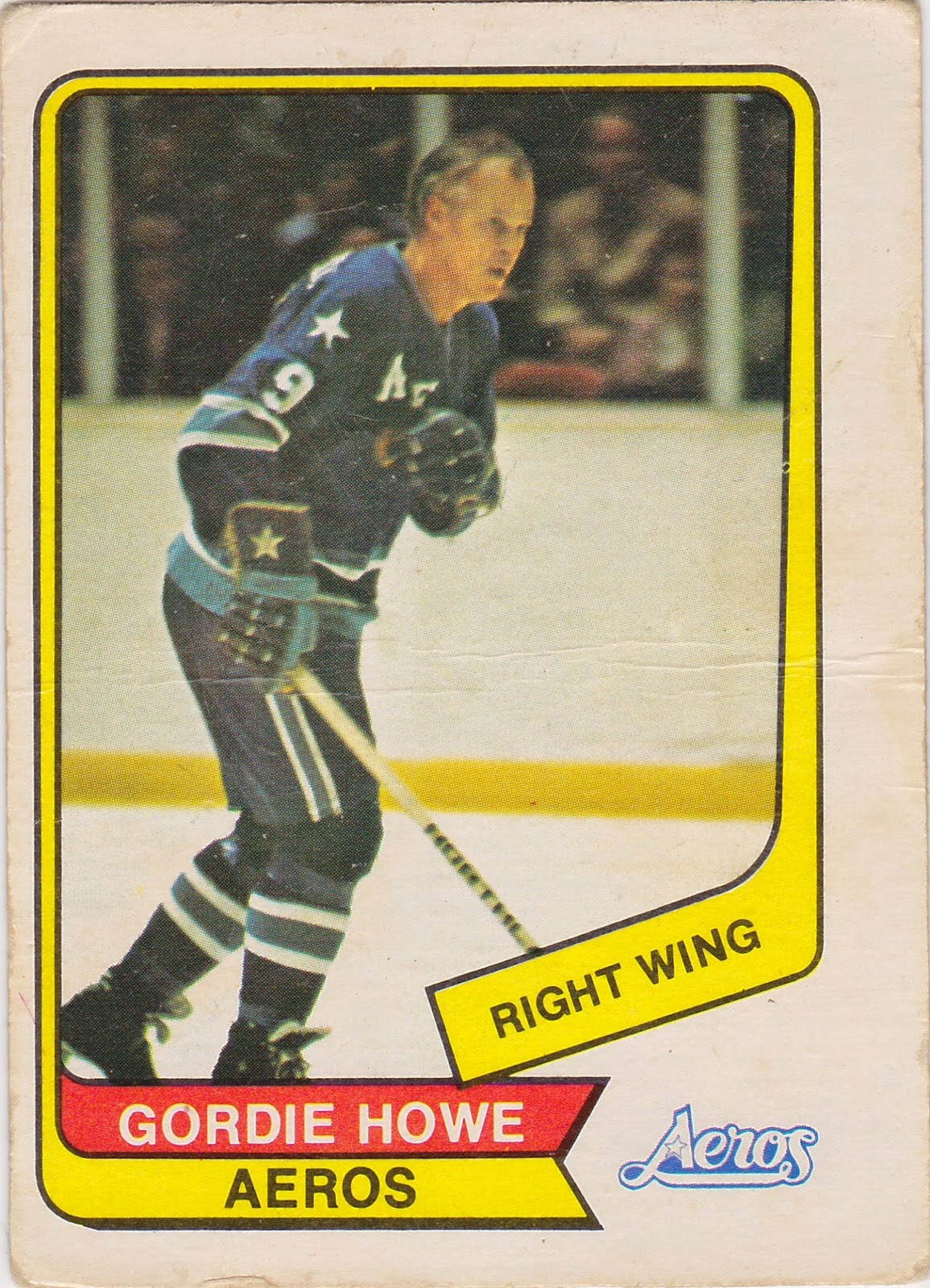 At the age of 52 Gordie Howe scored 41 points on 15 goals and 26 assists playing a full 80 game schedule. This was in the NHL, not the Eastern Ontario Junior 'B' Hockey League, the NH-freaking-L. When I was 52 I played picnic softball and needed a courtesy runner. Two years prior to that season in Hartford he had 96(!) points with the WHA Whalers. He was 50. In this past NHL season only Sid Crosby had more than 96 points. Yes, points were 'cheap' back then, but still. Gordie was ninth in the WHA and outscored his own kid.

The '76 OPC Howe card above shows him as a Houston Aeros winger. I have some great memories of Aeros games, several of them revolving around Gordie. I saw him score his 900th career goal in 1977 at the old Sam Houston Coliseum. That was quite a place.

The card itself is wildly off-center (off-centre?) but a lot of the cards in this set seem to be cut that way. I have a handful but this Gordie Howe is the only 'star' card I own out of it. There is a Howe All Star card and Bobby Hull has a regular and an All Star card. 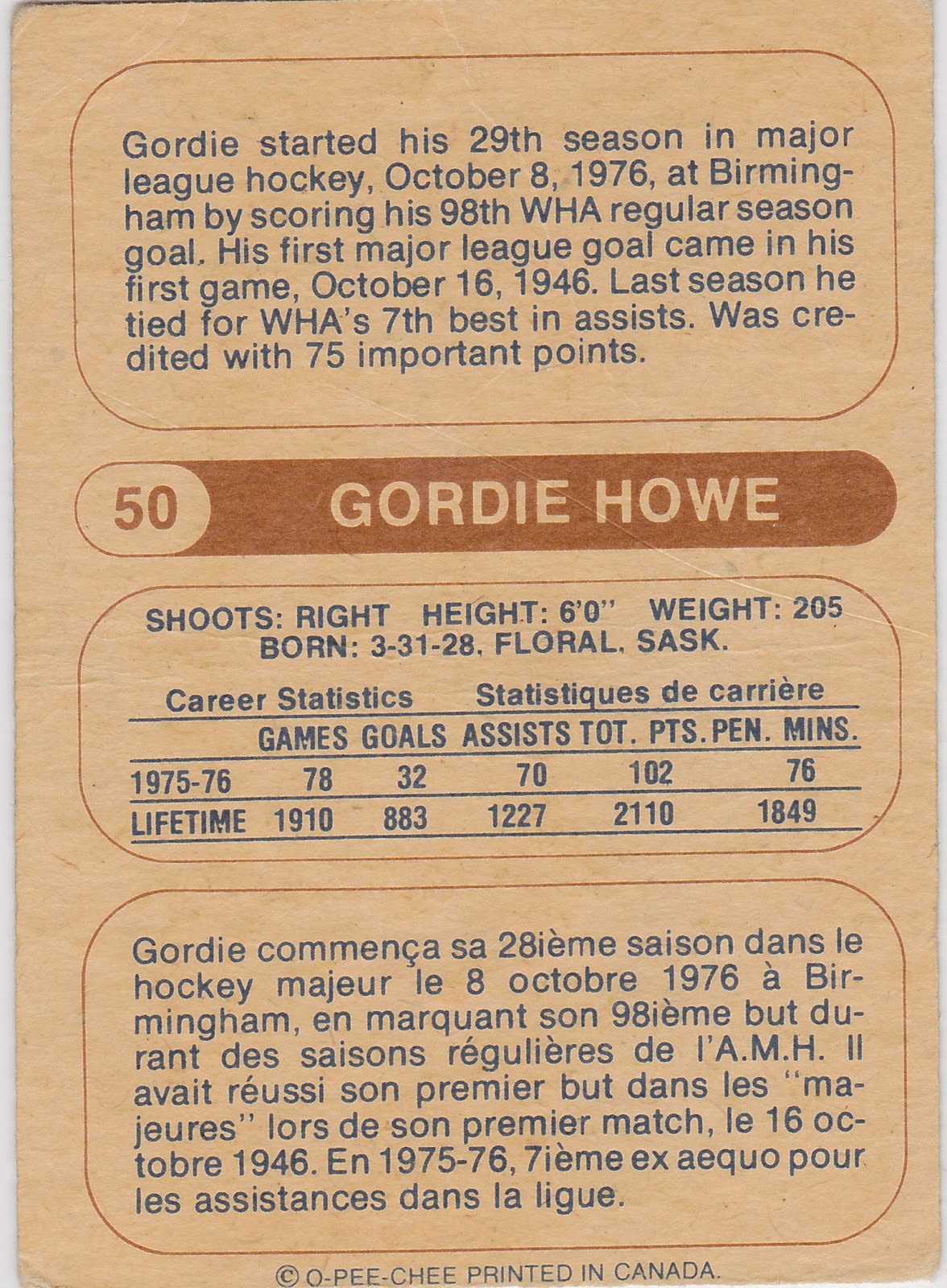