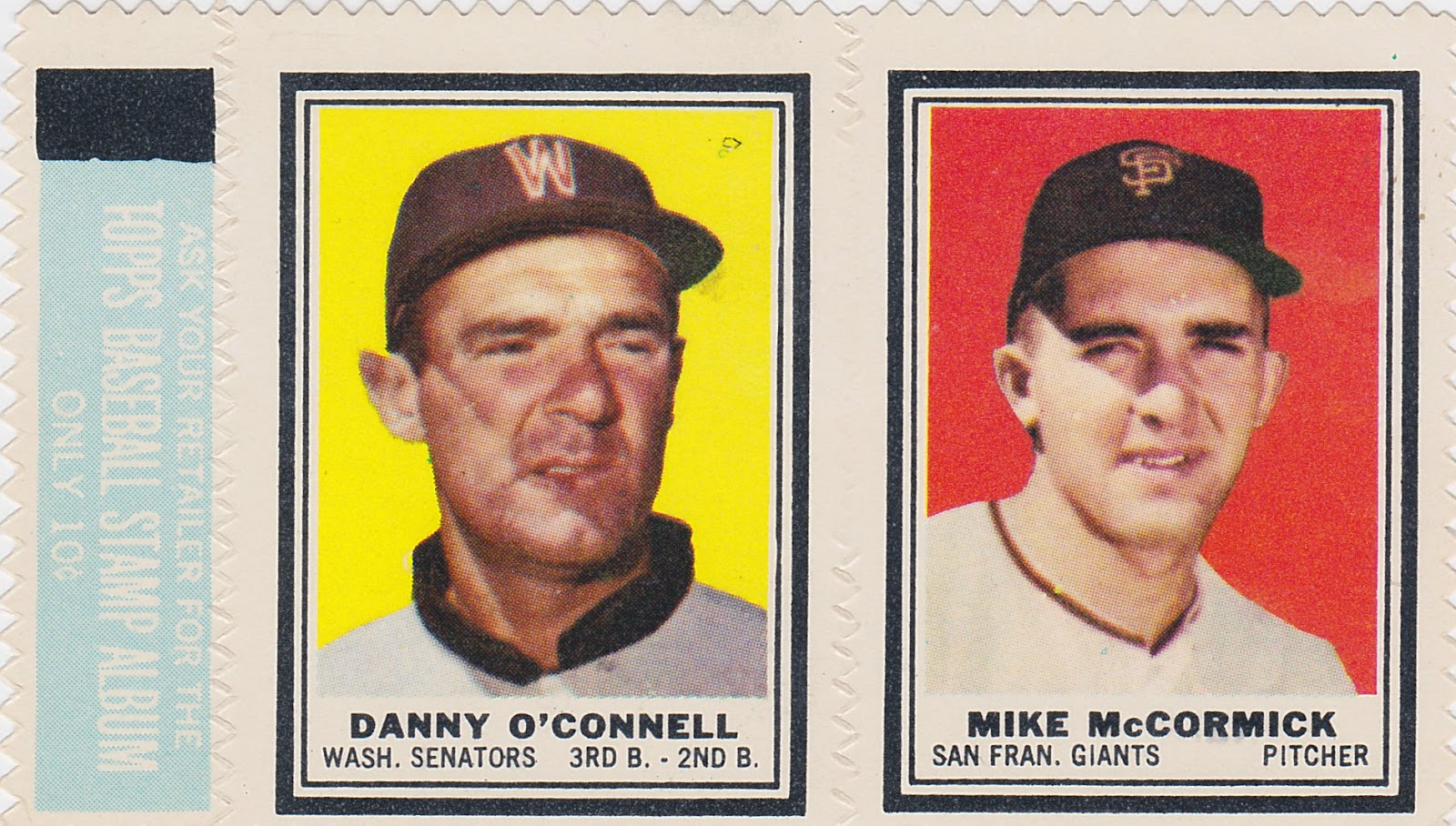 Nothing here is a new pick-up for me. In fact I've posted some of these before but I came across several panels of the '62 Topps Stamps 'hiding' in an envelope while I was searching for something else.

The stamps Topps included in their 1961 card packs were the first inserts I ever saw. I collected cards by the pack in 1960 but I don't think there were any 'bonuses' involved. Besides, most of the cards I bought in 1960 came from cello packs.

The ones issued in 1962 were a lot more colorful to be sure. 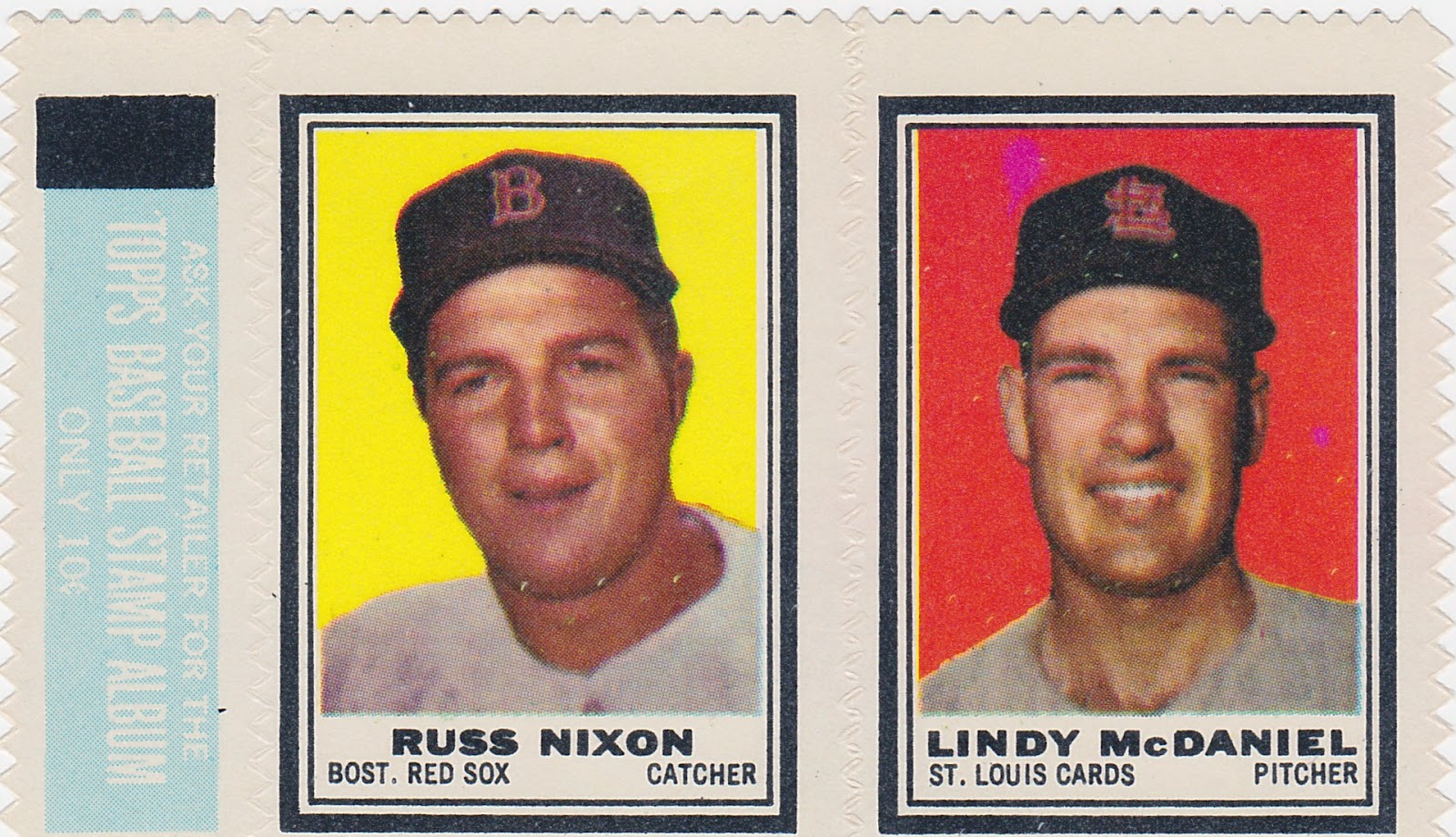 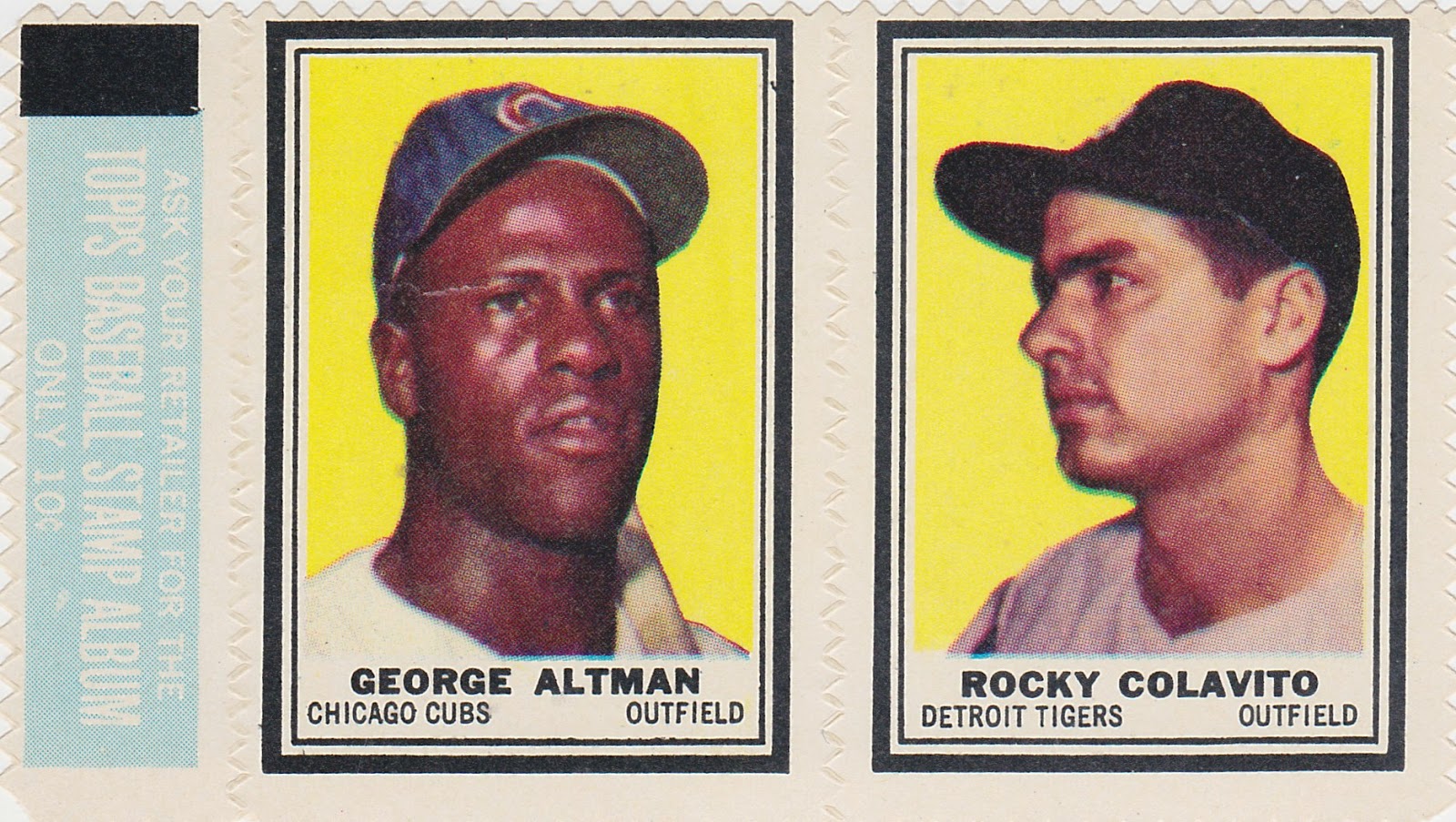 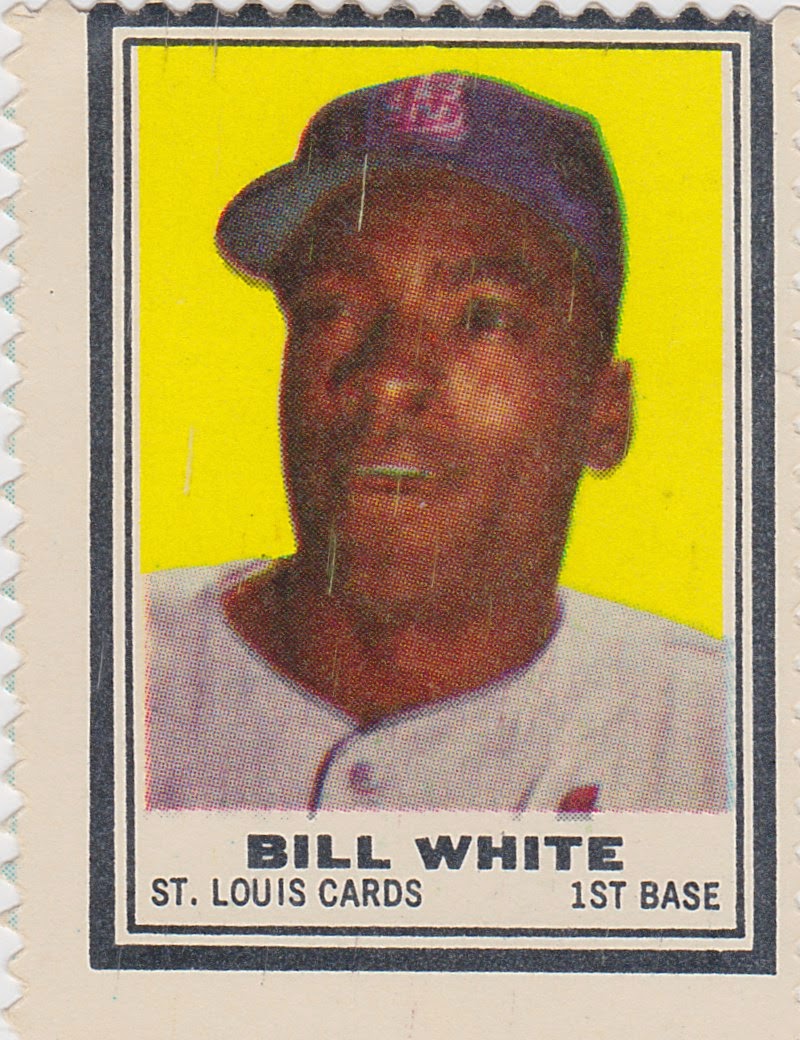 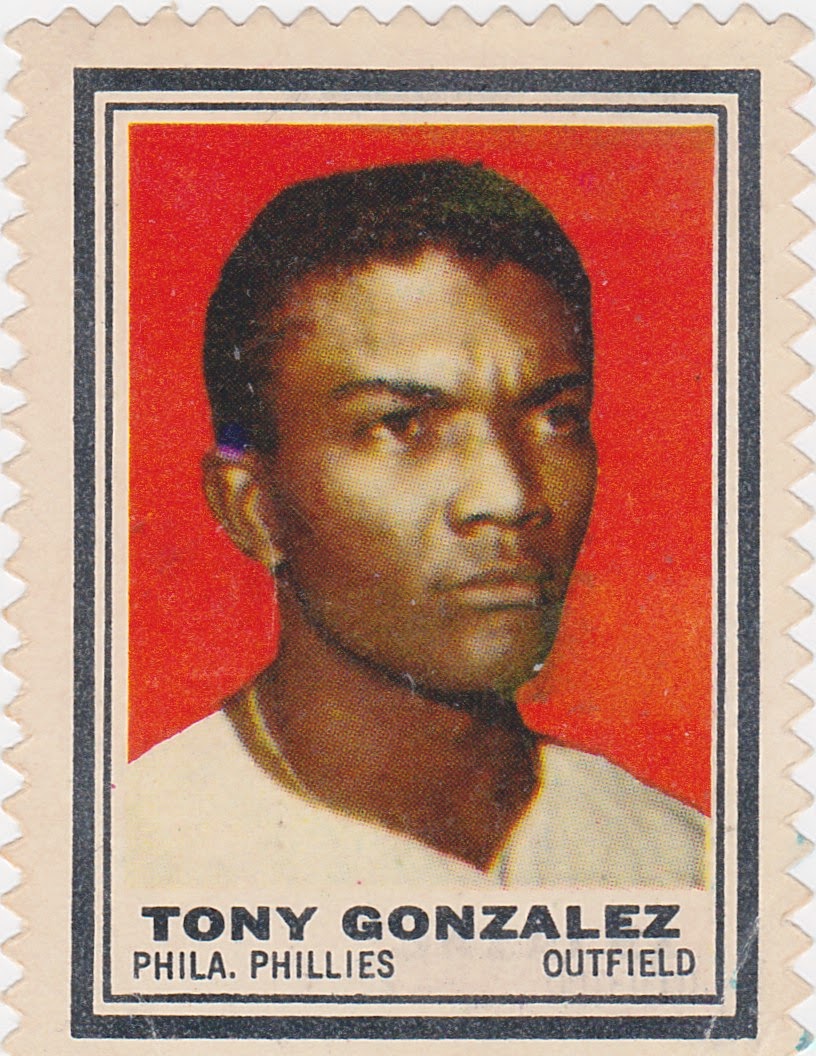 But the from 1961 are my favorites. I honestly don't recall anything about the '62s but I can remember putting the '61s in the album and showing them off on the bus on the way home from school. 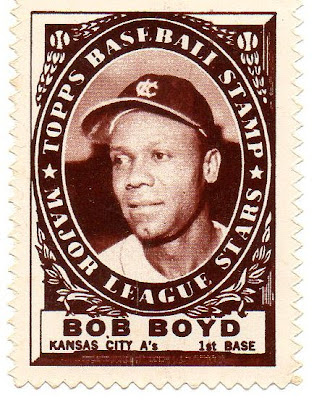 I keep reading that the '61 stamps are coded by league and that's jut the case. Both AL an NL players can be found among the green and brown tints. Al Kaline's stamp was issued in both tints. 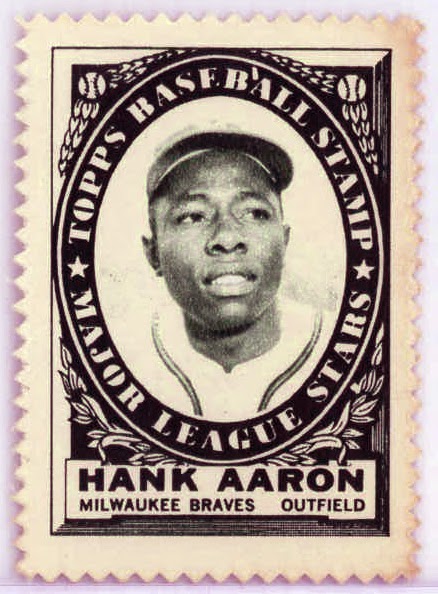 I've thought about putting the '61 set together and the cost wouldn't be very high but I just don't think I want to tackle another insert issue right now. I've bid on several of the albums, both empty and partly full of stamps through the years but my 'willing to pay' has never been high enough to grab one. Which may all be for the best. 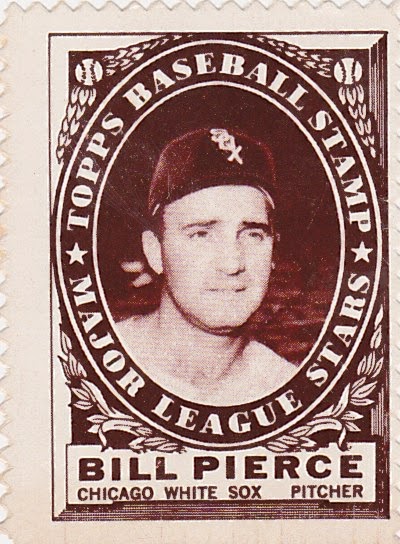