Before I get to the post I suggest you consider helping out a blogger with a mission to help out a worthy cause. Chris from Crackin Wax is raffling off chances at a couple of really promising prize packages with the proceeds going to Big Brothers/Big Sisters. The details are right here on Chris' page.

Billy Pierce appeared on the covers of both Sport and Sports illustrated magazines during his playing days. I have a copy of both but other than the cover I won't scan the issue of Sport. It's just too fragile because of how the binding was done and I'm afraid it would fall apart.

This copy of the May 13, 1957 SI is in really good shape and I was able to open it and press it down on the scanner with having to worry about destroying it.

On the cover we see Pierce in his follow through. That shot is a closely cropped version of a picture I have of Pierce at Yankee Stadium. It's just a shame that he has to share the cover with fishing flies. But as you can see in the content page and through the scanned pages, SI wasn't always about the major pro and college sports. They featured a lot of fishing, boating and motor sports then. There were even fashion layouts which led, I suppose, to the modern swimsuit issue.

In fact a look at the content page of this issue shows a fishing story, two on the Kentucky Derby, one on boxing, a pair of features on motor racing (F1!), a skiing pictorial and a look at boating fashion. Then there is the story on Pierce's White Sox club.

I have no memory of this 'Hotbox' column. A question (this one is about 'conceding putts') is put to a panel, not unlike those  ESPN shows. Those polled include four golf 'executives' and what seems to be two random women. Just on a whim I googled Mrs. Gerry and found that she had died two years ago in her 90s. But the more interesting fact is that she was the daughter of the one time head of the NYSE who was, at the time of his daughter's wedding, in prison for Grand Larceny. Ms. Whitney, according to the wedding announcement, was working in a "smart 57th St hat and gown shop". Google is a treasure sometimes.

One of the best thing about old mags is the ads. They need very little explaining, they can be gems all by themselves. And look at the right hand column. I do remember when we used magazines to check upcoming schedules.

The thing in the ad below is a typewriter. Us old guys used these long ago.

Here is the article on the '57 Sox. They were in first place on May 17, up by a game and a half over the Yanks and Indians and the cover didn't jinx them, at least not right away. By June 8 they had extended their lead to six full games. But by the end of the month they had slid into second. They fell further and further off the pace set by New York and by August were as many as 7.5 games down. They crept back to within four a couple of times but never really threatened. They ended up in second, eight games back. Billy Pierce finished with a 20-12 record and a 3.26 ERA. It was the second of two consecutive 20 win seasons and the middle of three seasons in which he led the league in complete games. He was also named The Sporting News' AL Pitcher of the Year for the second consecutive season.

That MacGregor ad below features Big Ted Kluszewski. He was a longball hitter but several sources I've read in posting his cards credit him with a deft touch around first base.

Jeff Chandler obviously had his head pasted on to some model's body. No truth to the rumor that the ad exec who supervised this one went to work later for O-Pee-Chee designing their 68/69 hockey cards.

There is a long story concerning European motor racing. Accompanying the story is a several page spread of color shots of famous racers of the day.

The Scoreboard feature is one that ran for many years. A very young Prince Charles appears on the page playing cricket.

I don't remember seeing anything like this Baseball X-Ray page. Nice to be able to find a players up to the second batting average at any time now instead of waiting for a magazine or the Sunday paper.

Here is the Pierce 8x10 that was used on the cover. I wouldn't swear to it but I believe that's Whitey Ford warming up across the field. Assuming that is Whitey Ford then I can possible determine when the shot was first snapped. Those two lefties had faced each other at Yankee Stadium on July 15th of 1956 with Ford winning a 2-1 decision in a game that took just over two hours. It's also possible the picture was taken two years prior before the Pierce-Ford match-up of May 17, 1955. Ford won that game 1-0. Since the Sox' uniforms were identical it's impossible to tell which game it was. 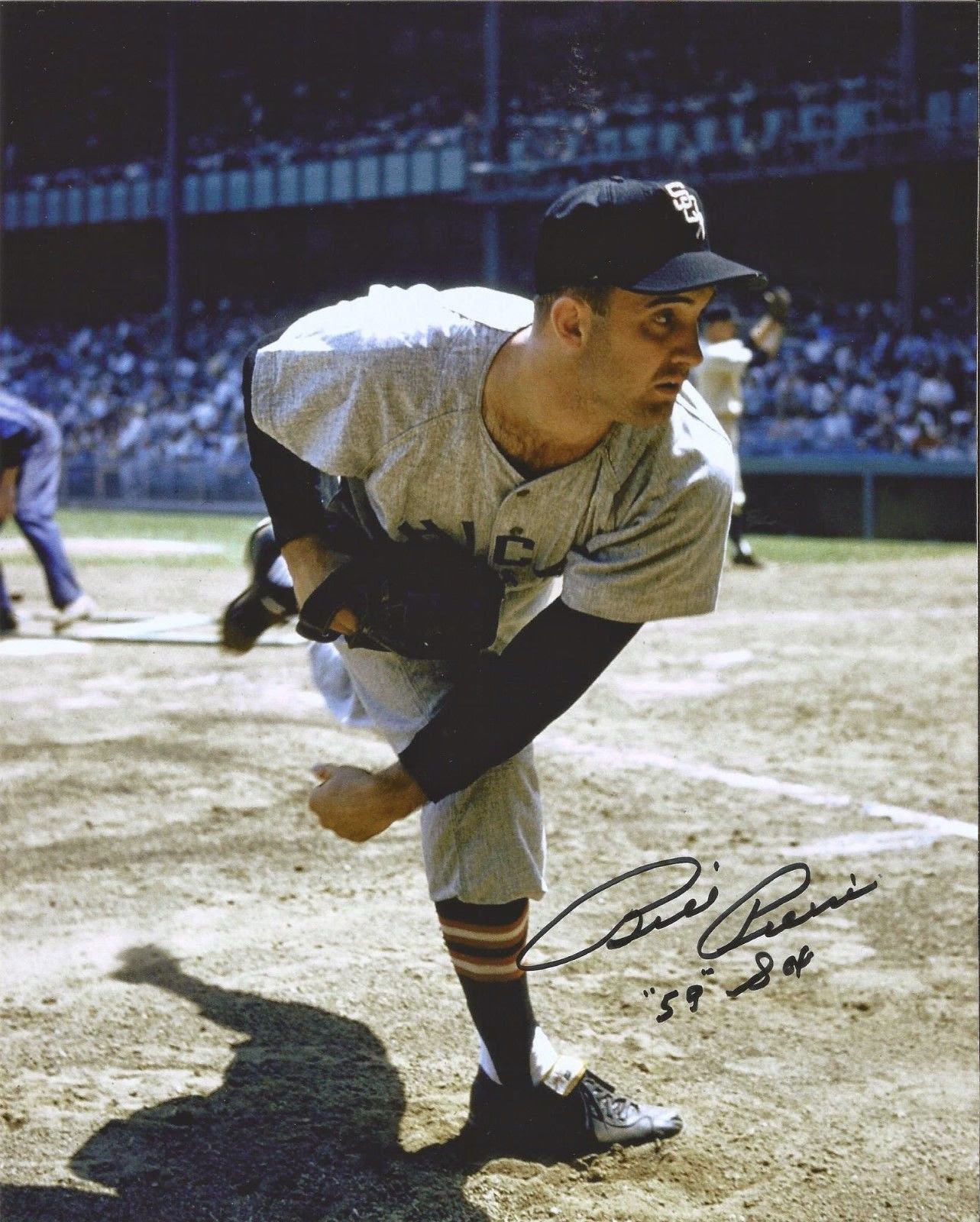