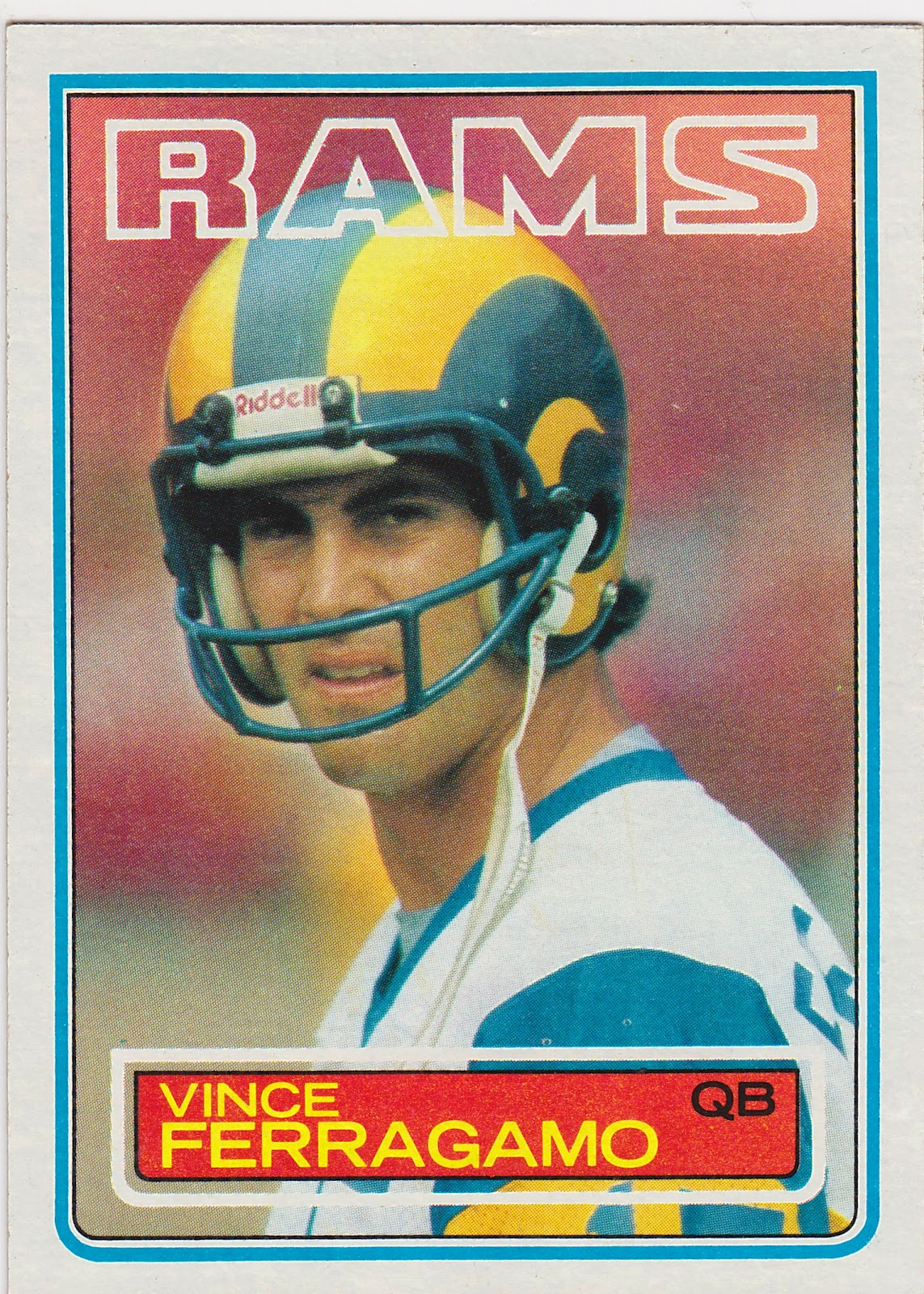 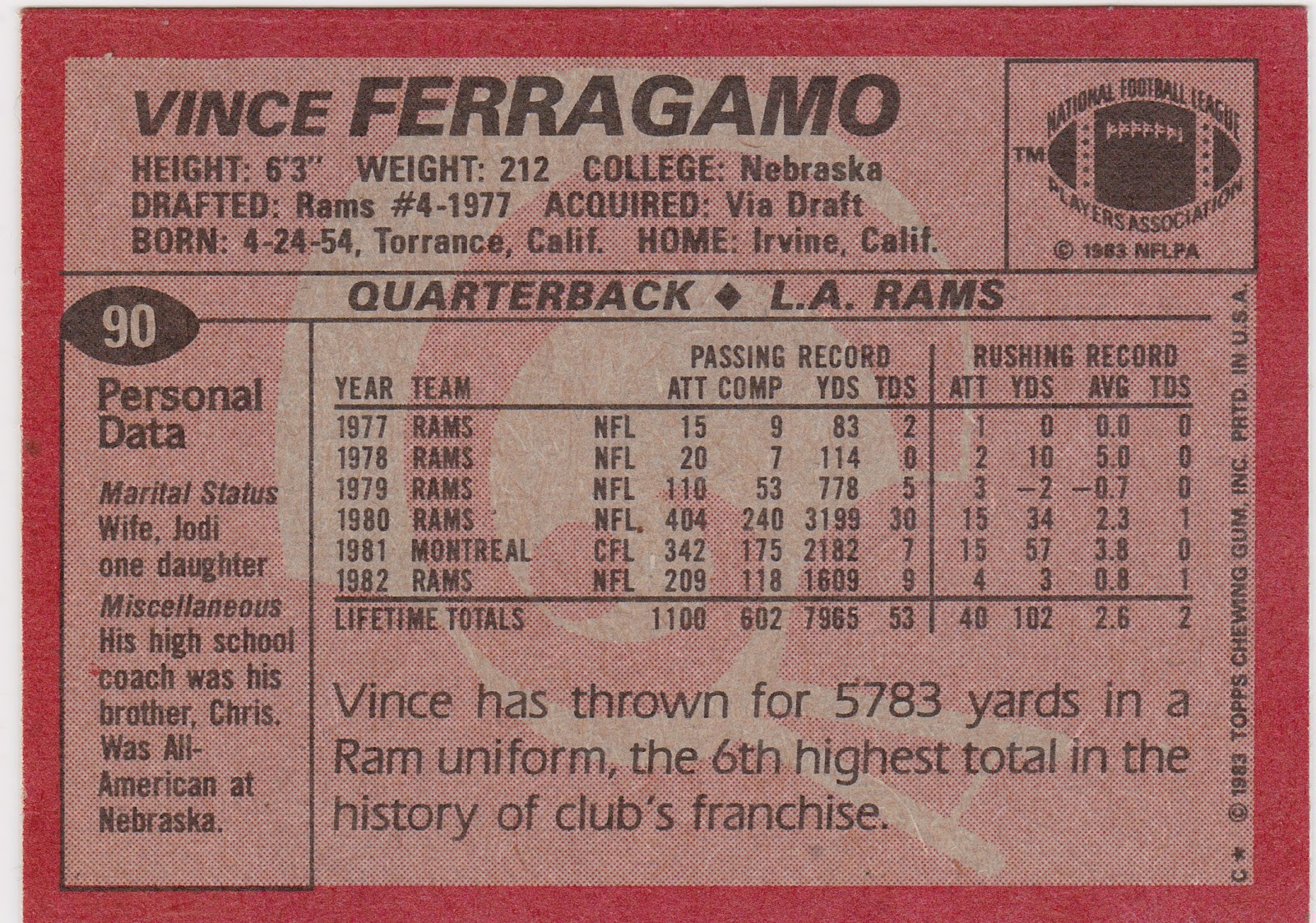 NFL Info: After beginning his college career at the University of California Ferragamo transferred to Nebraska (Go Big Red!) and became one of the most prolific quarterbacks in the schools history. He reportedly was the first college player to be named as an Academic All-American in two different conferences.

Selected by the Rams in the fourth round of the 1977 draft he played sparingly but he took over as starter in mid-season of 1979 and took the Rams to the Super Bowl. He had a couple of very succesful seasons with the Rams sandwiched around a season in the CFL and he finished his career with a rocky season in Buffalo in 1985 and a year on the bench with the Packers in 1986.

Following his playing days Ferragamo has owned finance and real estate companies and is in the wine business in California with his own vineyards and label.

Fantasy Impact: I had Ferragamo on my roster during three different seasons. He rode the bench in 1981 and 1982 while a member of the Rams. In 1985 he was with Buffalo and I started him twice in place of Neil Lomax. He got me a TD in both starts and won one of them so 'Thanks, Vince'. I went 8-4-1 but got a quick boot from the playoffs.

The Card: This is at least the second 1983 Topps cards I've posted in this series. I hadn't really noticed the helmet silhouette on the reverse before. Sideline(?) shot with Ferragamo wearing his helmet is pretty routine among this era of Topps football. I've seen worse.