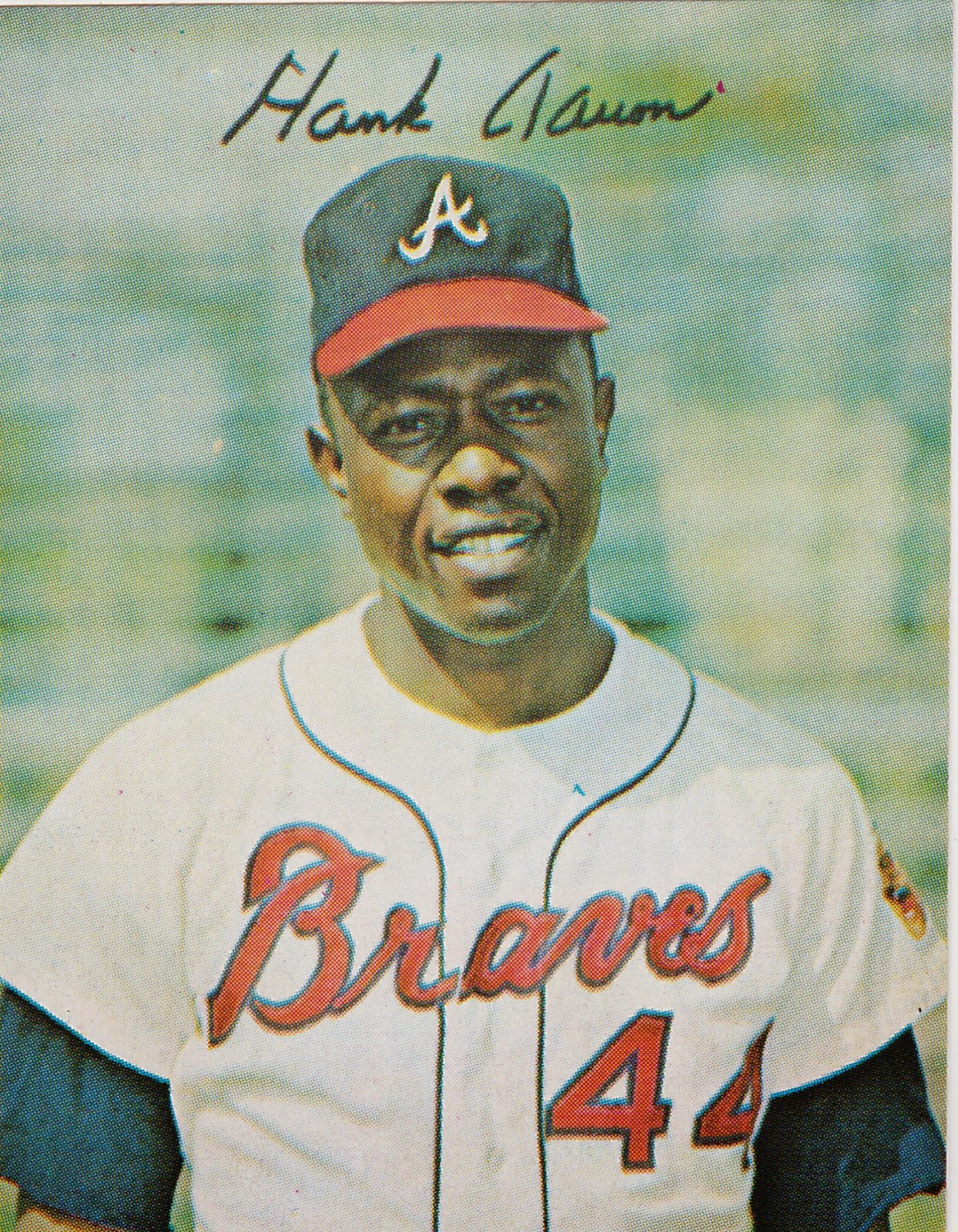 OK, I know every blogger has done this. I had nothing new to scan and post. I was just staring at the keyboard. So I figured I'd just pull out a stack of cards from one of the boxes in the card closet and see what I got. The box I grabbed was a Stadium Club box and I thought it would be loaded with just Stadium Club cards but there was some other stuff in there.

First up... Hank Aaron 'Starliner' sticker. Basically an unauthorized (I assume) item that used Dexter Press photos printed on adhesive paper. I have a bunch of these and posted about them here in another Random Crap post. Starliner stickers are about as random as crap can get I suppose. I don't know why the Hammer's sticker was in a box by itself.

I really liked the Stadium Card sets when they first started appearing. Nice pictures on shiny borderless cards with a touch of gold.

Cecil Fielder and Jose Canseco were really hot stuff in 1991. 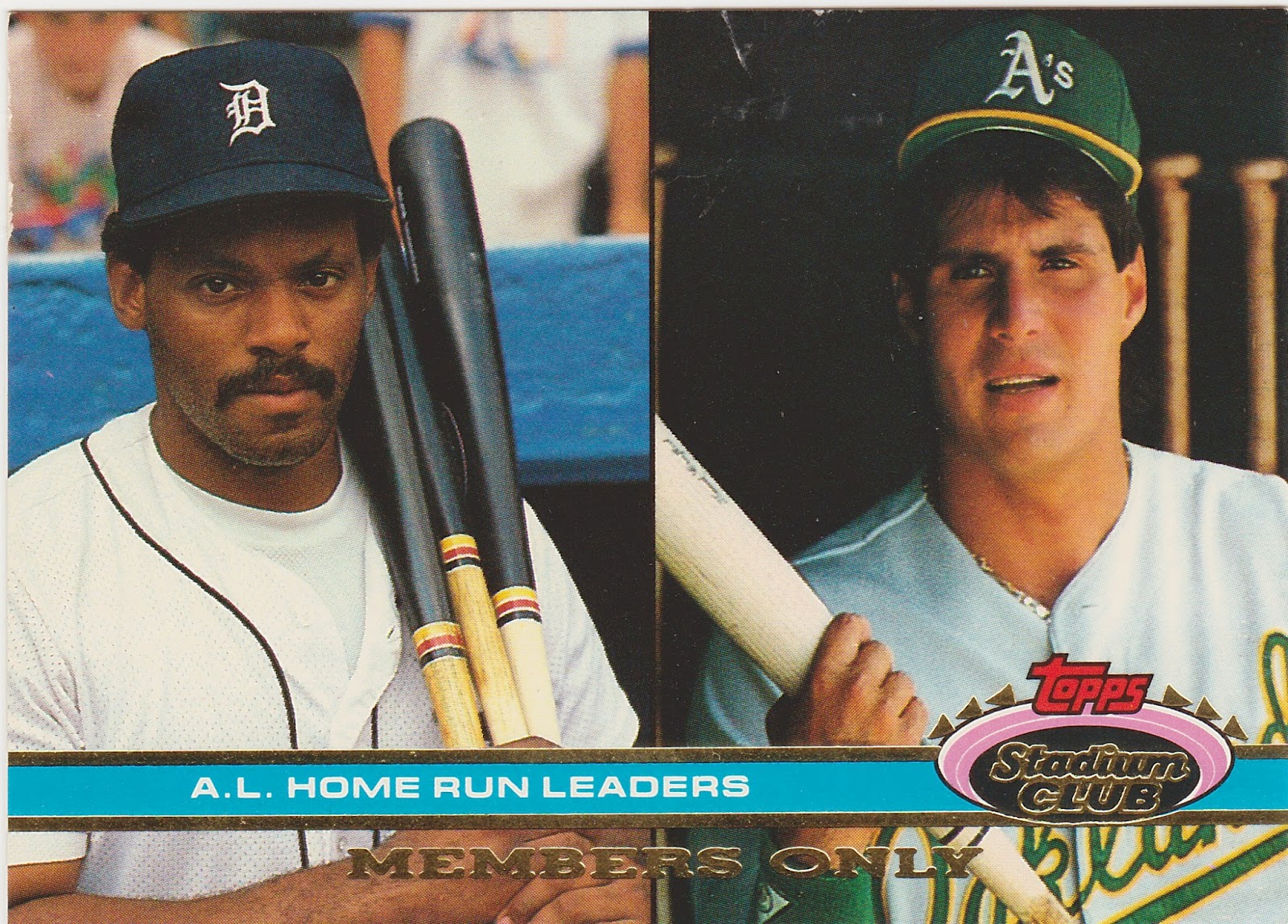 The box Bipped me!! Of the stack I pulled out of it the only dupes were Bip Roberts. As Mel Allen would say..'How about that!"

Padres Fleer Sticker. I thought the Swinging Friar was a neat team logo. I used to keep all my cards in a big file cabinet in the garage. I decorated it with Fleer stickers. Somehow this one escaped that fate. 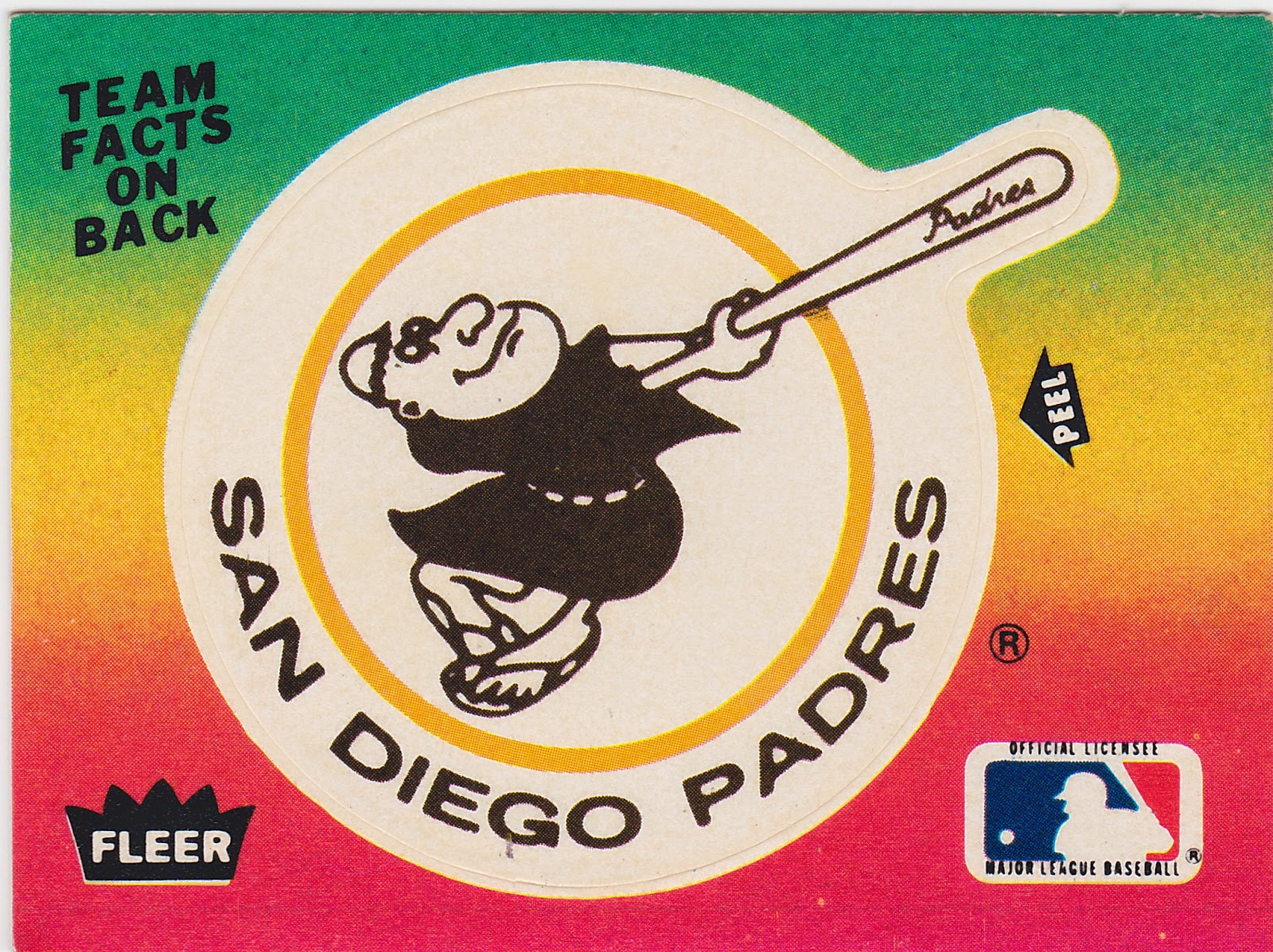 1993 Tom Glavine SC Members Choice. Speaking of choices... why did baseball players choose to wear their caps like that? You could land a small helicopter on that baby. 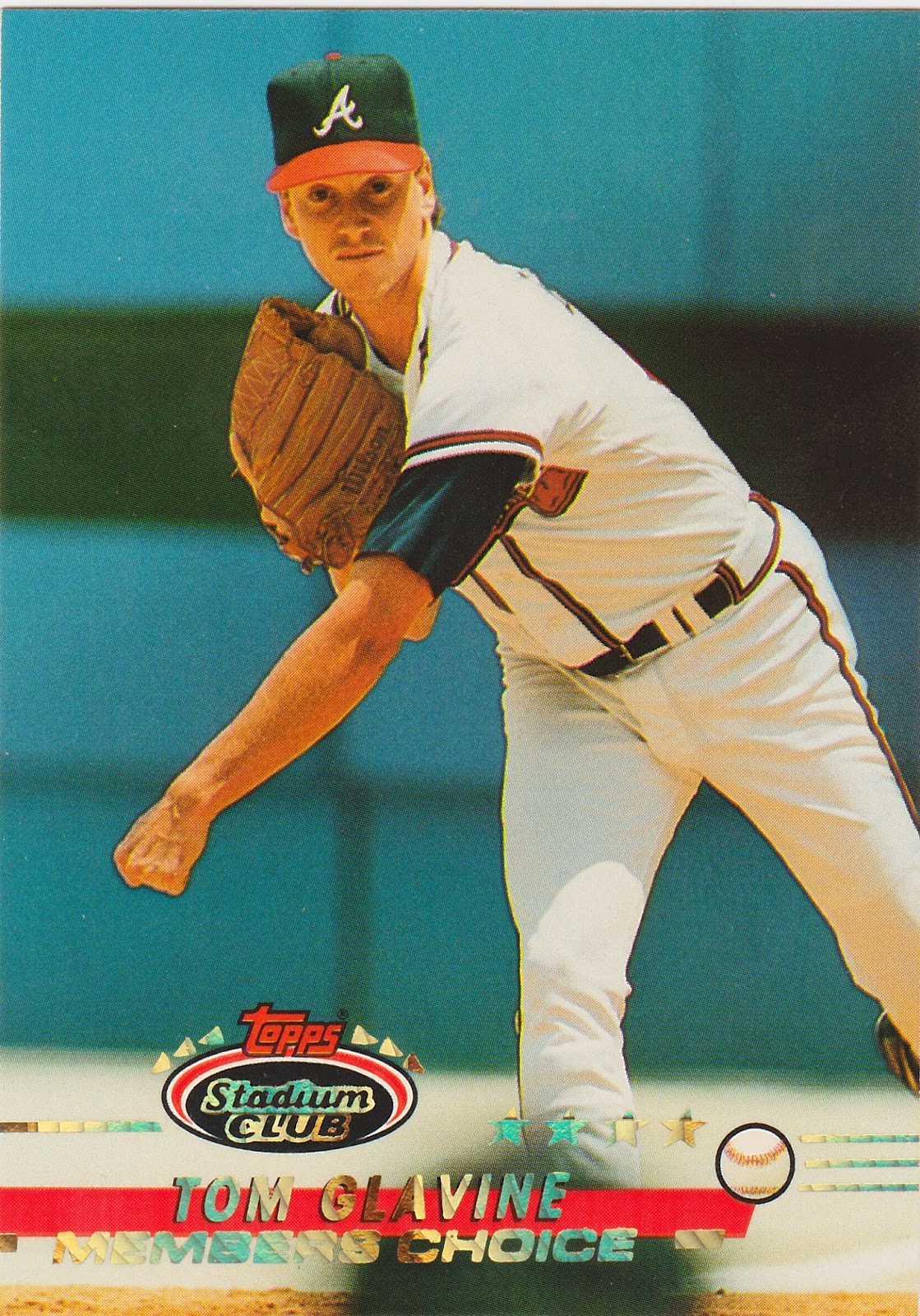 Sam Militello '93 SC. Why post Sam Militello and not one of the other three or four Hall of Famers in my stack? Because his cousin taught 4th grade at my school for about five years. She was infinitely more attractive than her cousin. Infinitely, if you catch my drift. 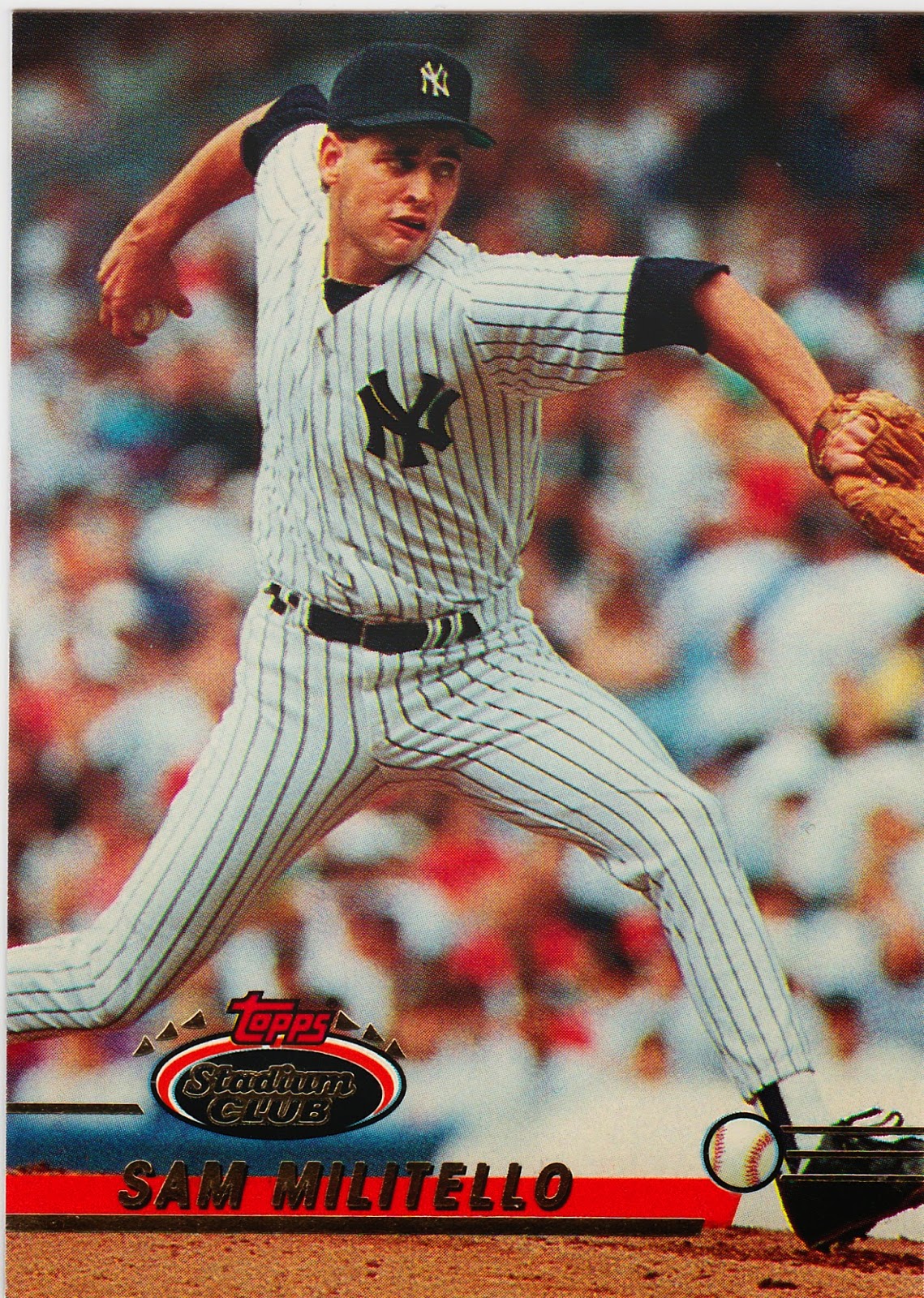 Stadium Club always seemed to be overloaded with Rickey Henderson cards so I'm not surprised that there were two in the 25ish card stack of stuff I pulled from the box. 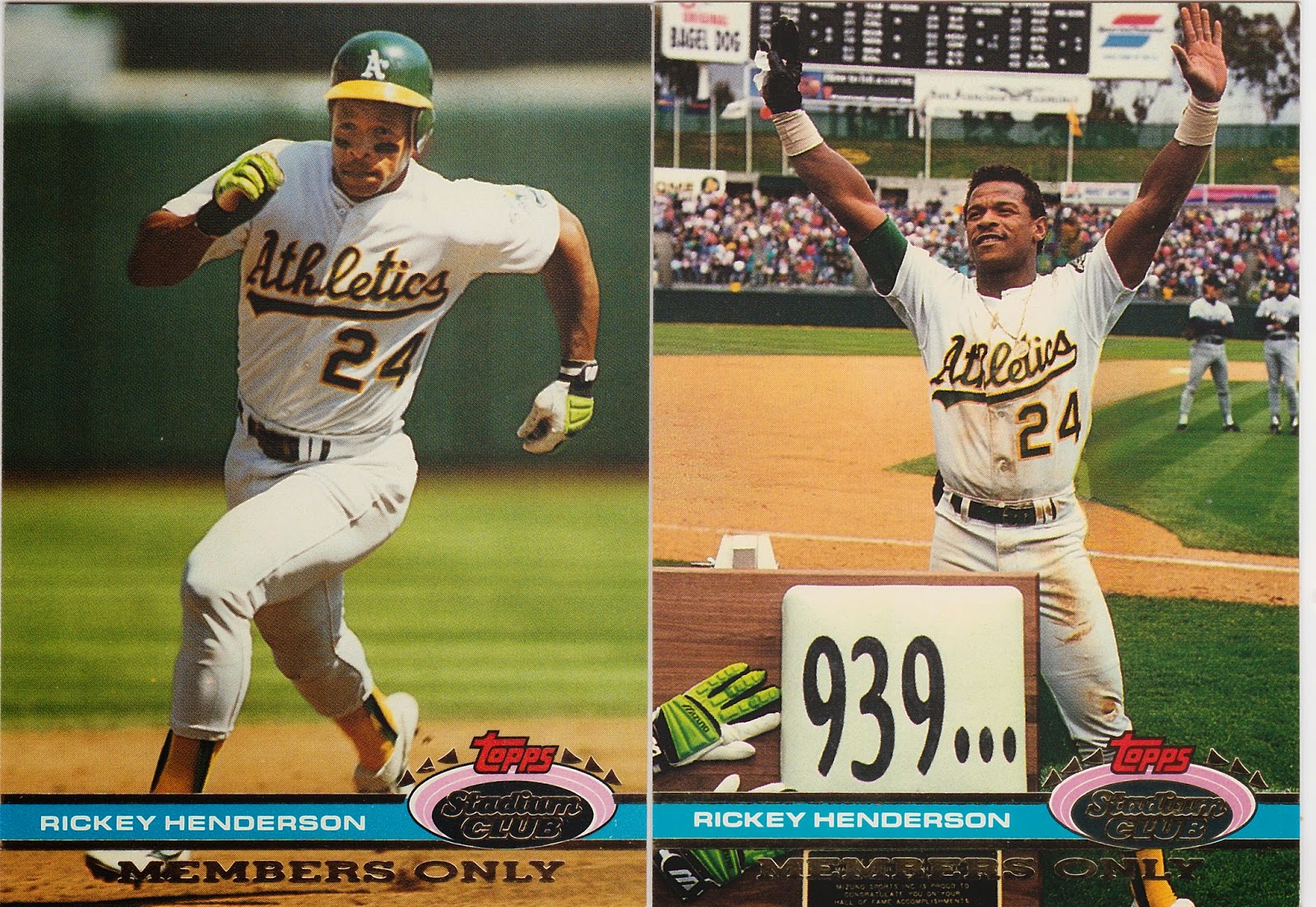 I thought my scanner only hated the current Topps issues. I see that it chopped off some of this 1982 Ken Singleton card just like it does with the shiny white bordered new ones.

Back in the 80s I'd buy 500 count boxes of Orioles team set cards of all three cards makers. I'd get 18 or twenty of every card and I'd put the 'stars' in sheets in binders. Which means that I'd have five or six or eight sheets of guys like Singleton, Scott McGregor and Al Bumbry (along with the 'real' stars like Jim Palmer and Eddie Murray) for every year of the junk wax era. 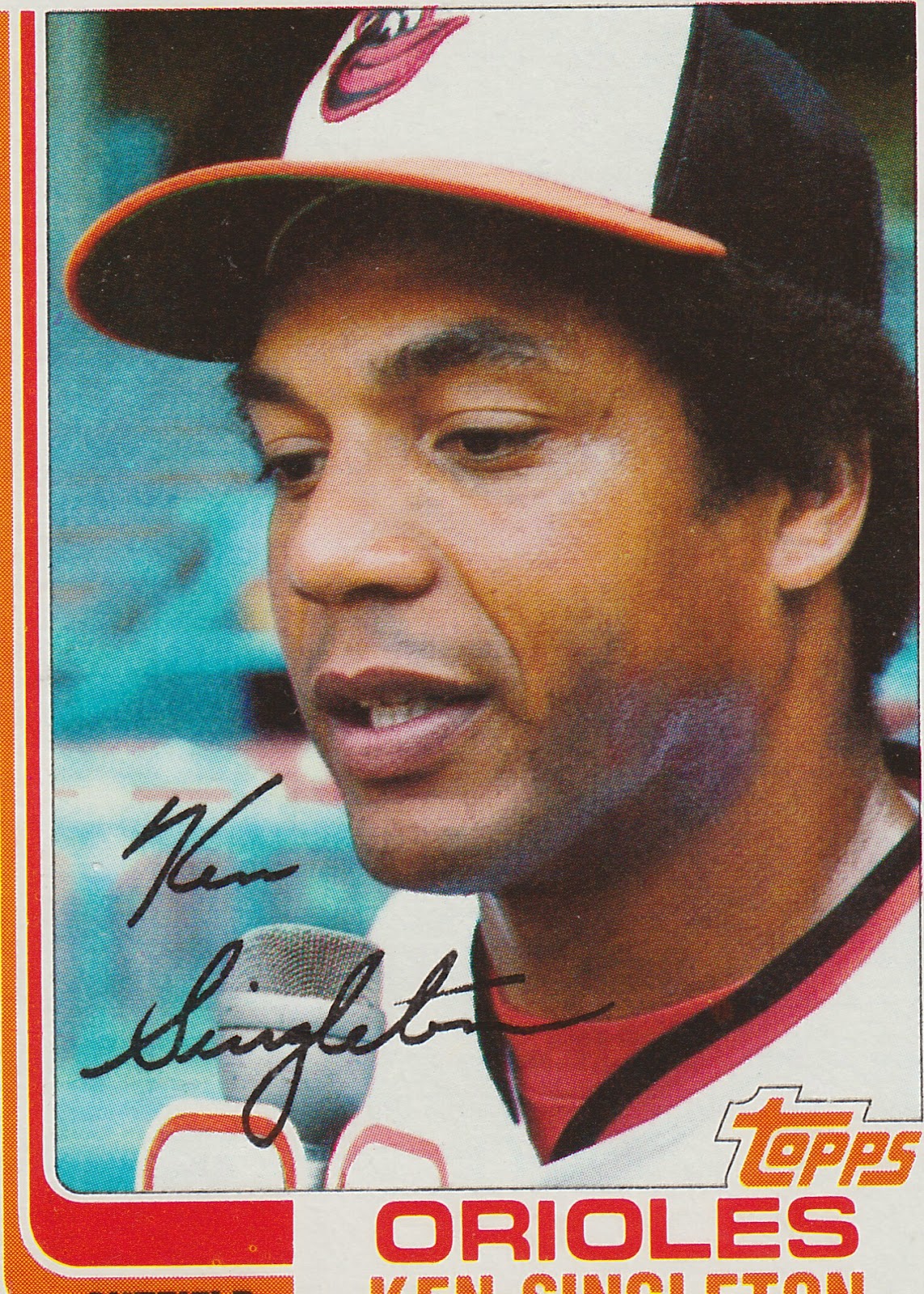 Plus I'd buy up the Orioles in the Traded sets when my LCS owner friends would break down cases. I was able to accumulate about 40 or 50 Cal Ripken rookies and Traded set first year cards at a cost of about a dime a piece. I sold most of them them off at a card show about ten years later when I had gone back to college and they paid for about a years worth of my two year stint at getting my teaching degree.