How I Spent My All Star Game Evening 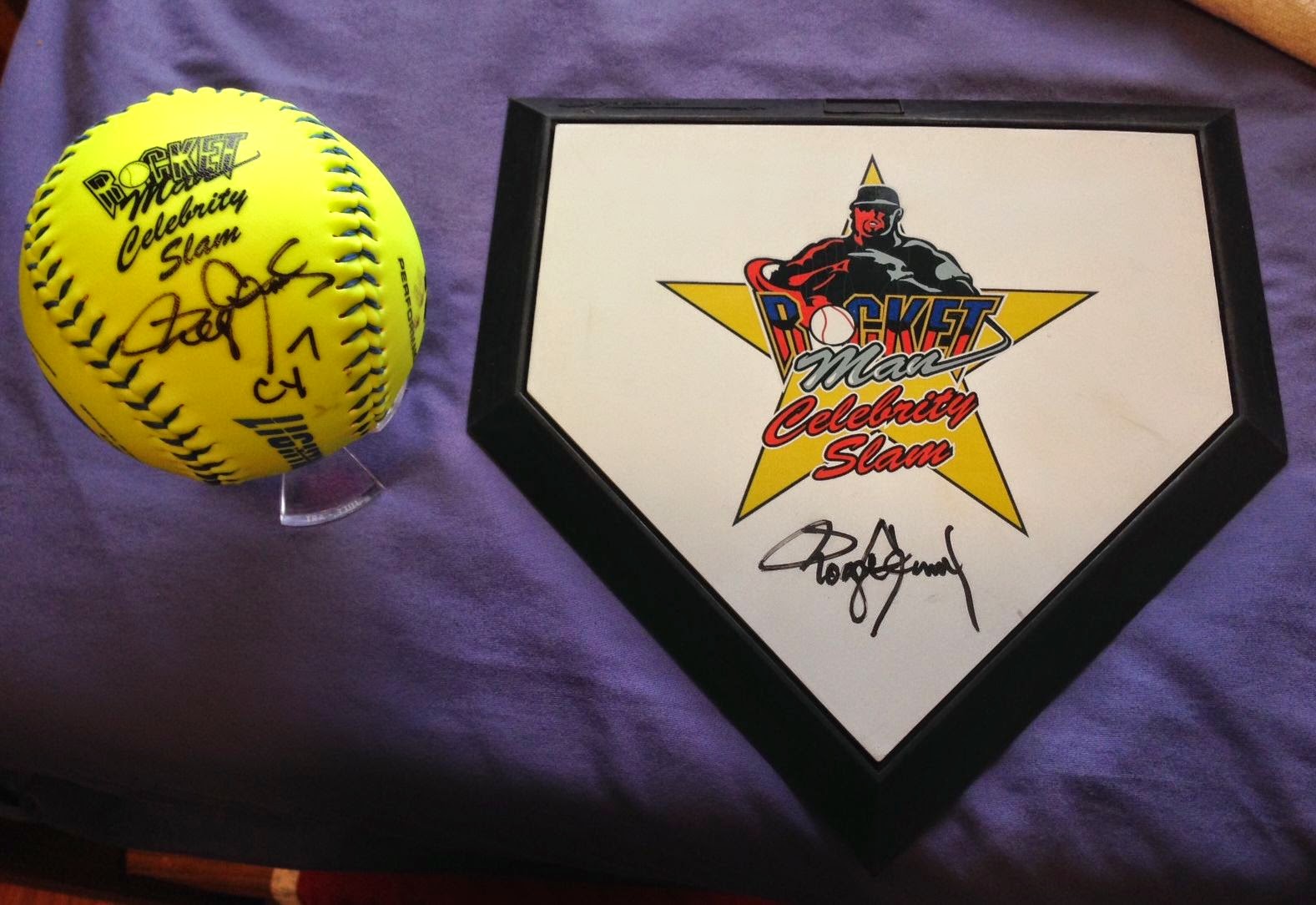 Thanks to my friend actor Robert Wuhl my wife and I attended the Roger Clemens Celebrity Charity Softball Game last night which was weirdly held during the same time as the All Star Game. The event was held at Minute Maid Park. The softball was pretty much what you'd expect it to be, sloppy silliness occasionally interrupted by some pretty impressive displays of athleticism.

I'm going to steer a wide berth around the big 'elephant in the room' issue of Clemens 'legacy' but there is no doubt that the event was a lot of fun and everything raised was going to a good cause.

As guests of one of the 'players' we had access to the receptions and hospitality that was put on by the Astros' organization. They sure went all out. The food and service was terrific in every way. I'm not much for taking pictures or I didn't want to ask many of the celebs to pose, except for one special guest.

These pics are a combo of my lousy cell phone shots, pics taken by others and some I found today on a couple of local news sites. Many of the pics show Robert Wuhl. 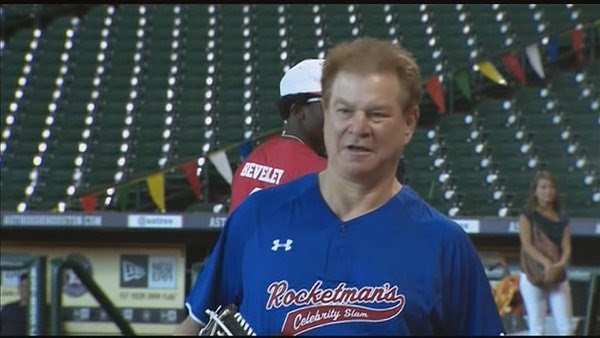 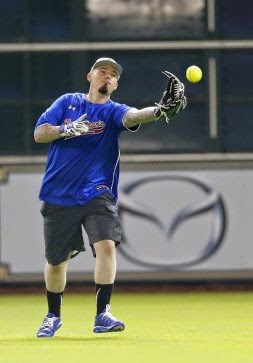 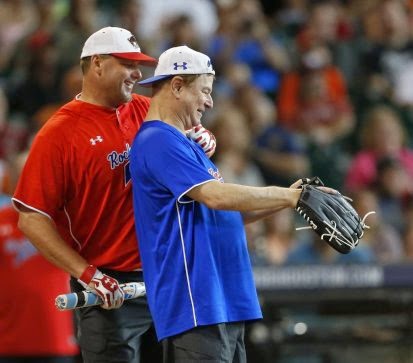 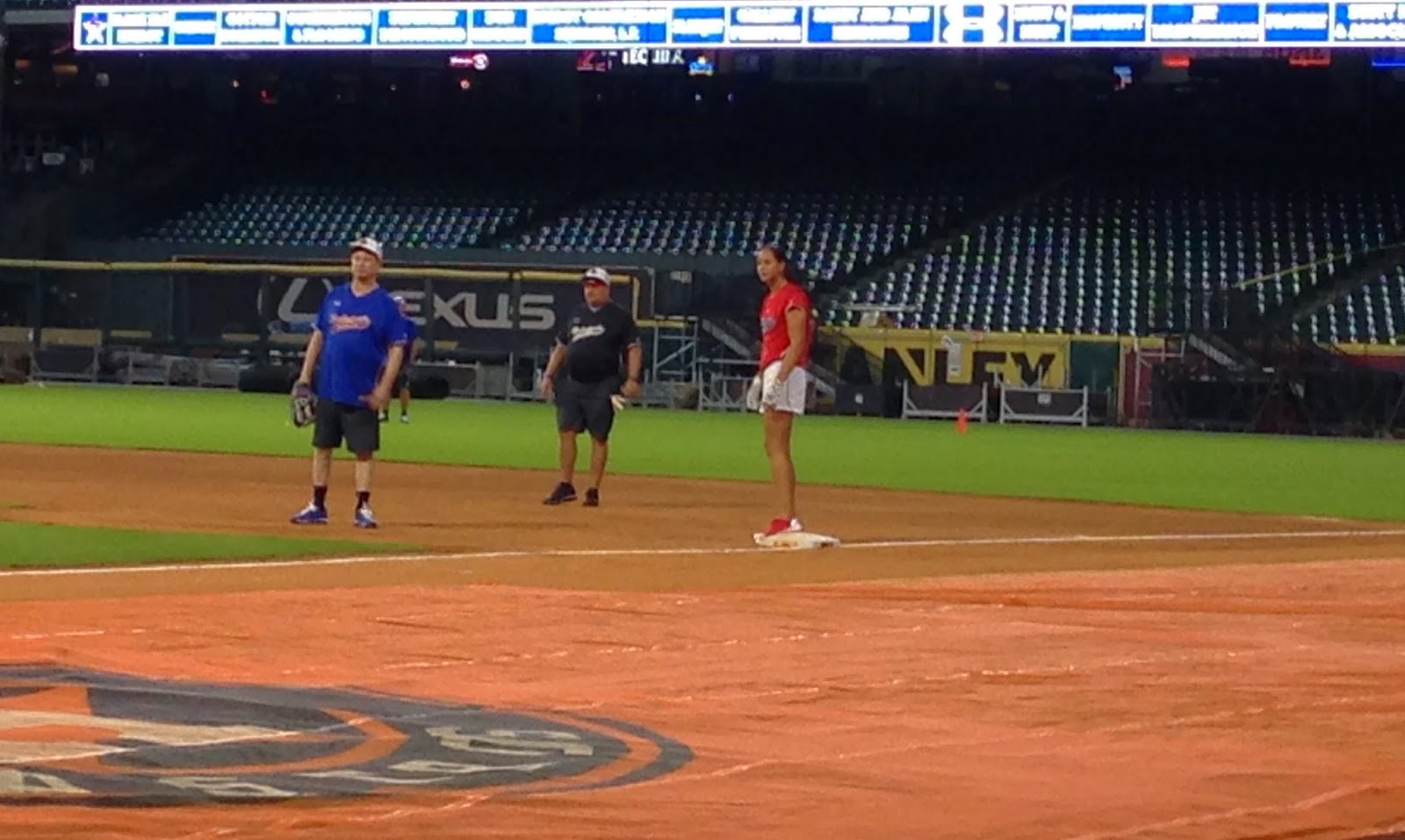 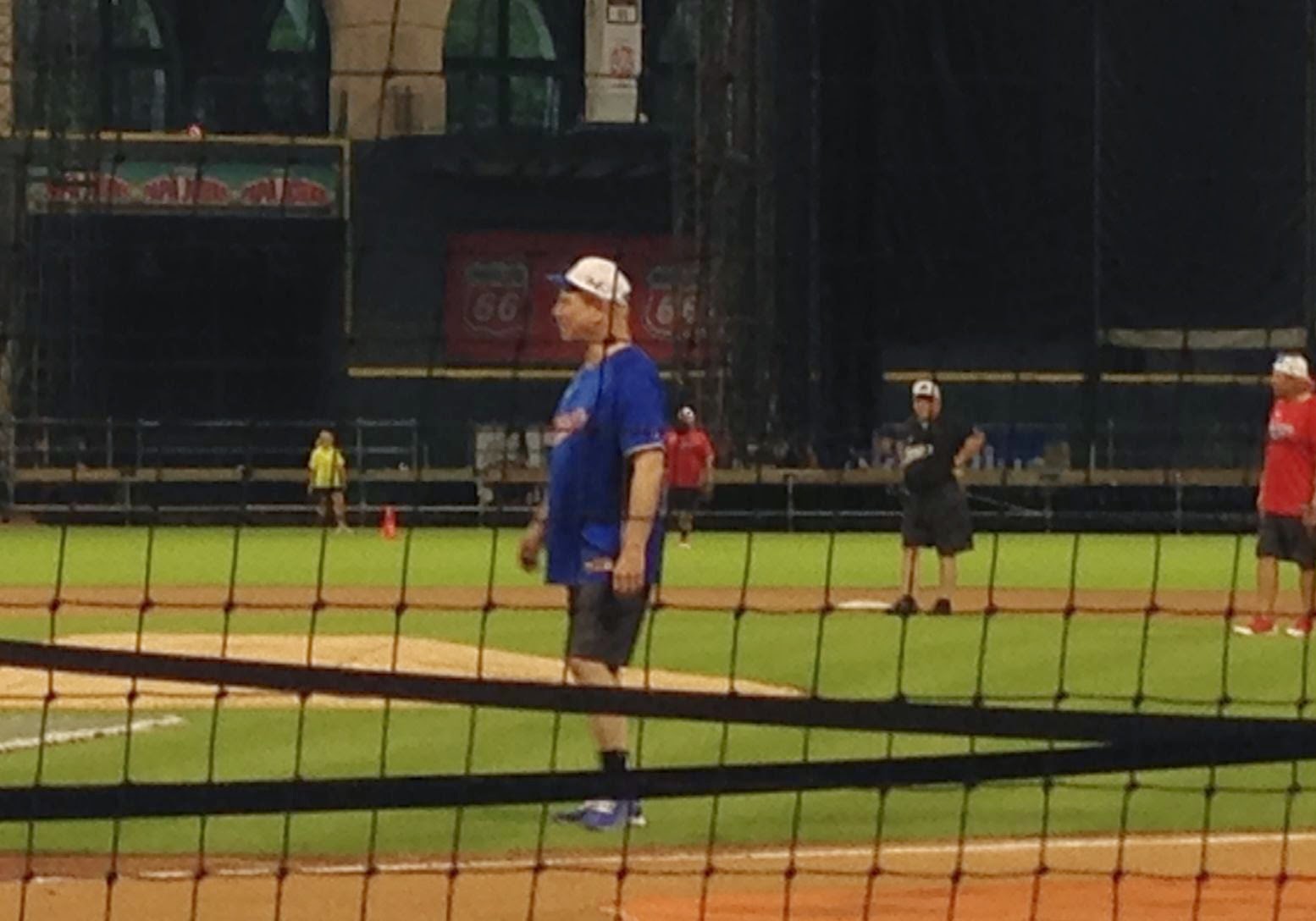 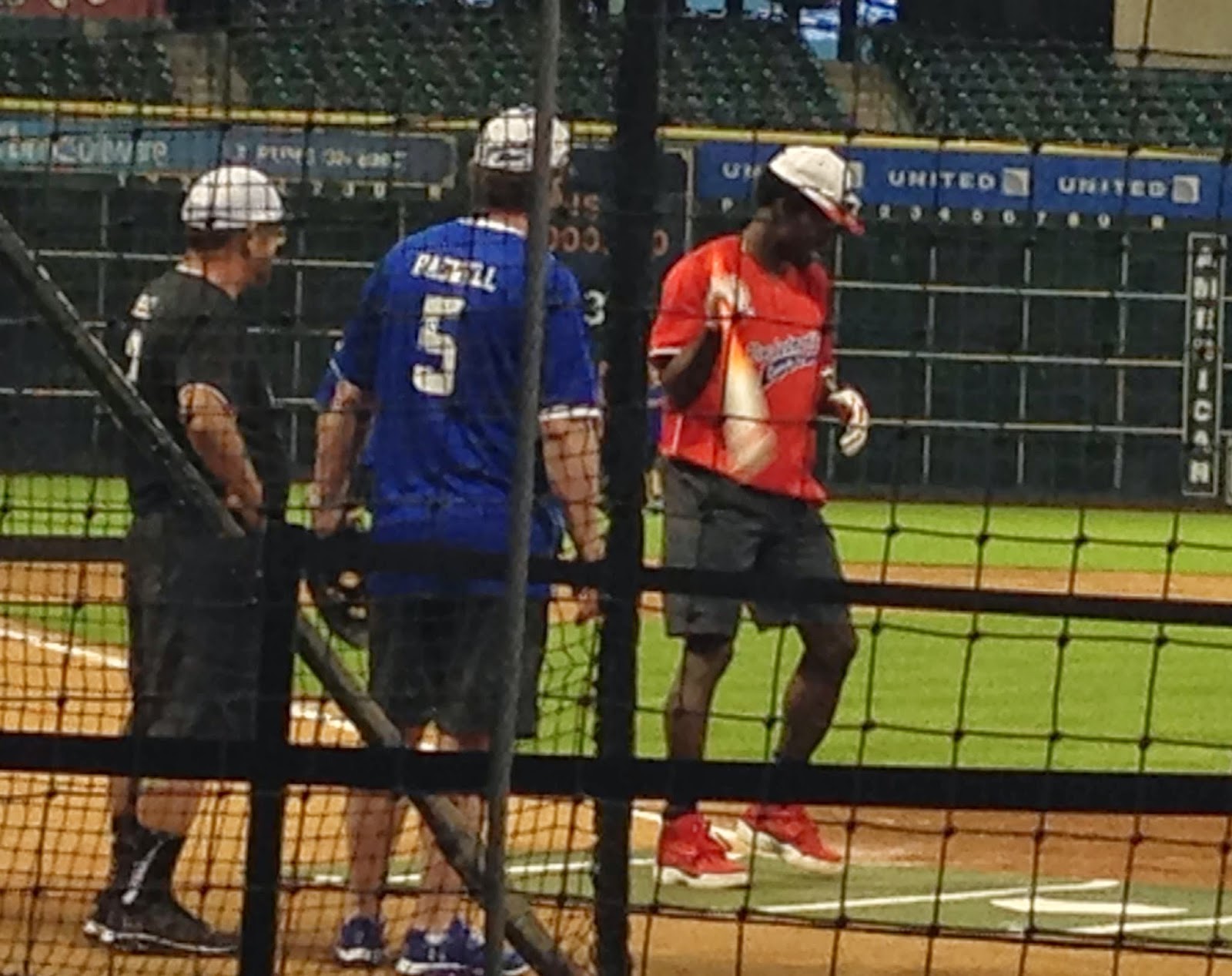 Most of those out on the field had some sort of Houston connection, many had a University of Texas connection. Some of the participants were softball USA star Cat Osterman, the Rockets' Patrick Beverly, former football players Ray Childress and Vince Young, the Dynamo's Briang Ching. Texans' punter Shane Lechler who hit a monstrous homer into the Crawford Boxes at Minute Maid, former major leaguers Jeff Bagwell, Roy Oswalt and Greg Swindell and many others.

There were a bunch of music people as well, mostly country stars I didn't recognize. The real ASG was being streamed on the big video screen and the game was stopped when Jose Altuve was at bat so everyone could pay attention to him. All in all a fun night. The best part, as I said, was the social that kicked off after the softball. Here is a shot of the MMP Diamond Club where it was held. They had the ASG on big screens and the projection screen seen below showed the on-field concert which followed the softball. 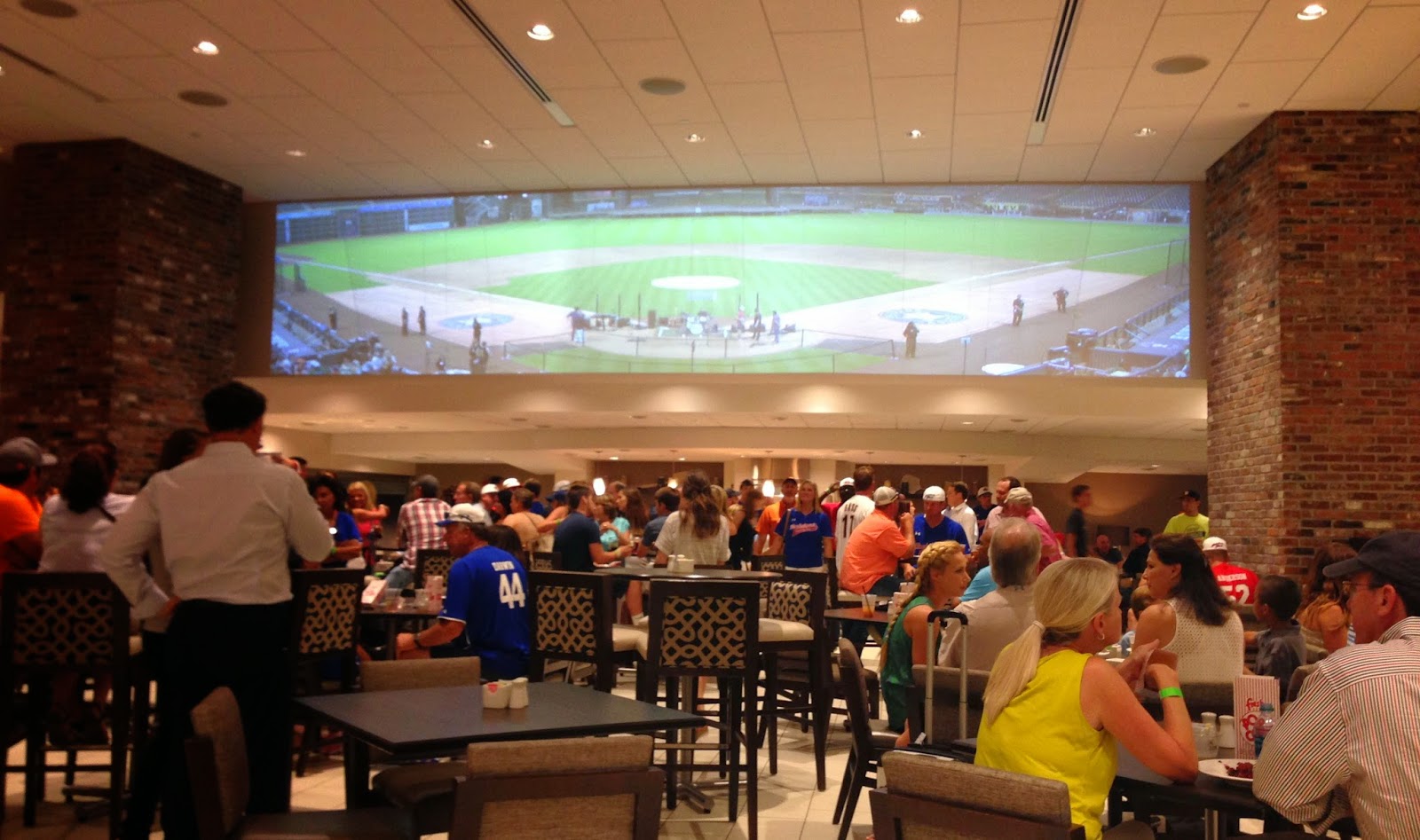 The highlights of the evening for me was talking to Vince Young (who turned out to be a terrific guy) and spending time with Houston based rapper Paul Wall who has been friends of my daughter for many years. She worked for his company for a long time and she is still close to the family. That's he and I in the picture below. 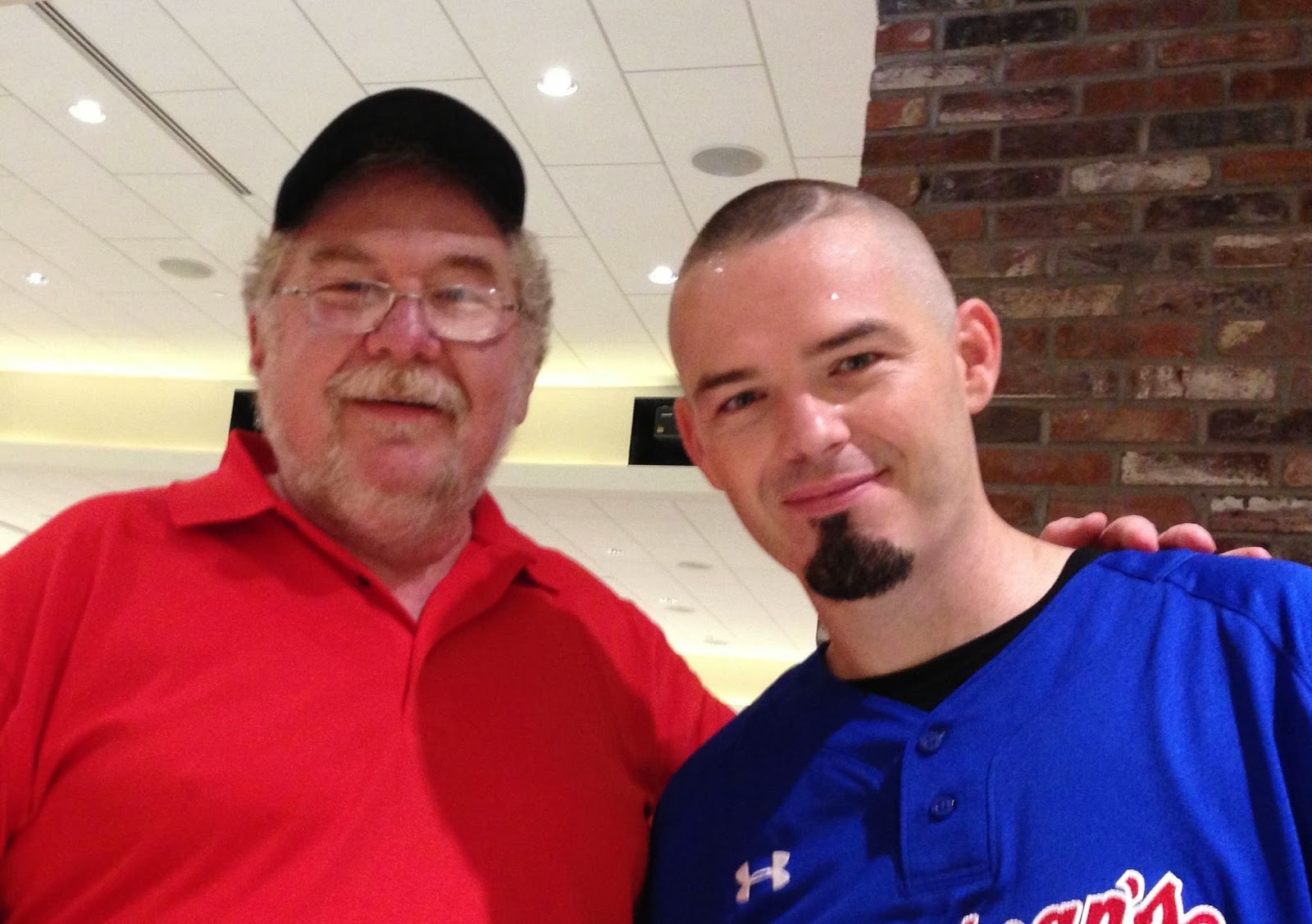 Posted by Commishbob at 8:00 PM