Junk Wax Jim Palmer cards, and a few others

I'm heading up to the Dallas area today for a teachers convention. I may or may not make it over to Arlington for today's game there but just thinking about Arlington brought back memories of seeing the Orioles play the Rangers there. 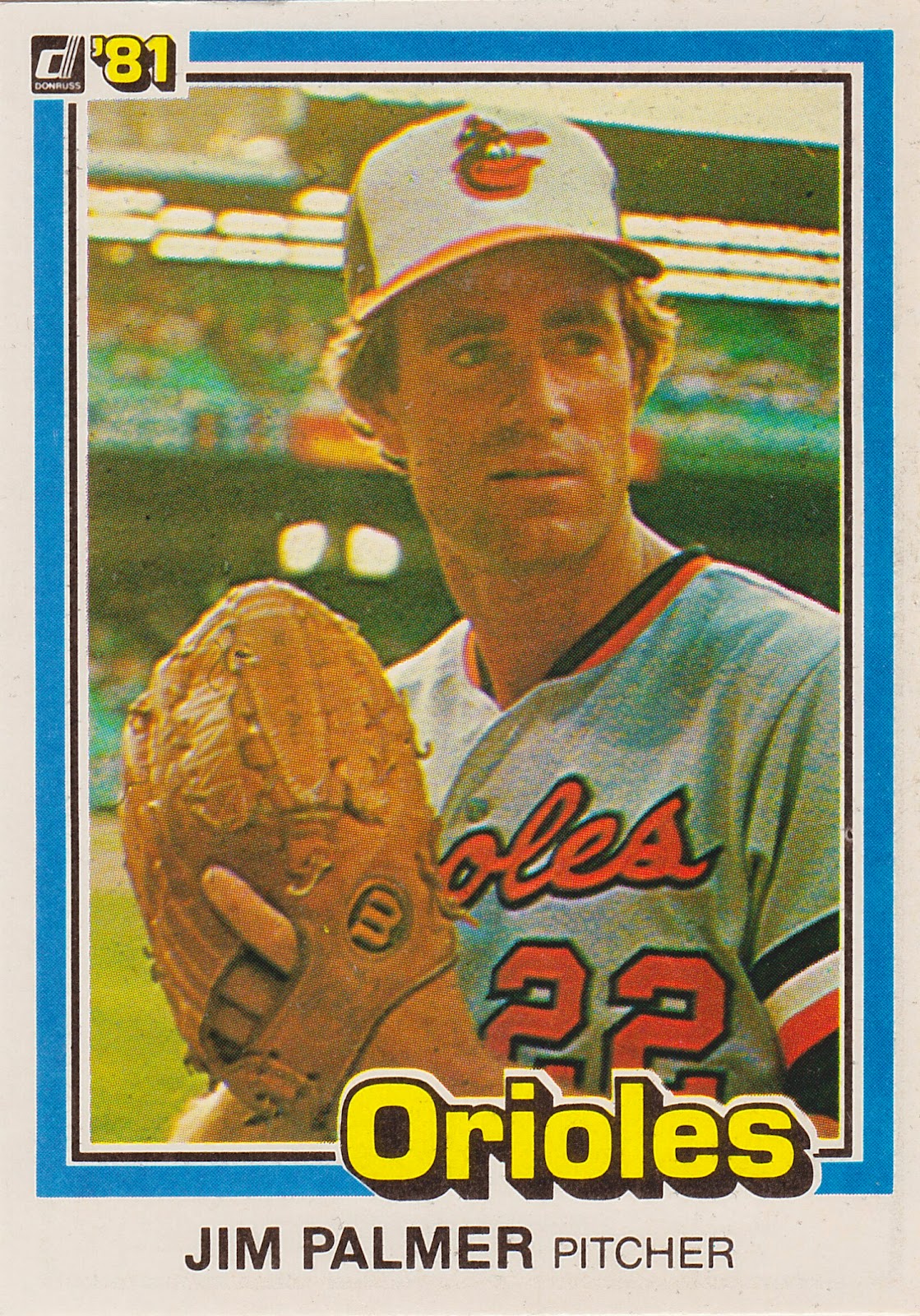 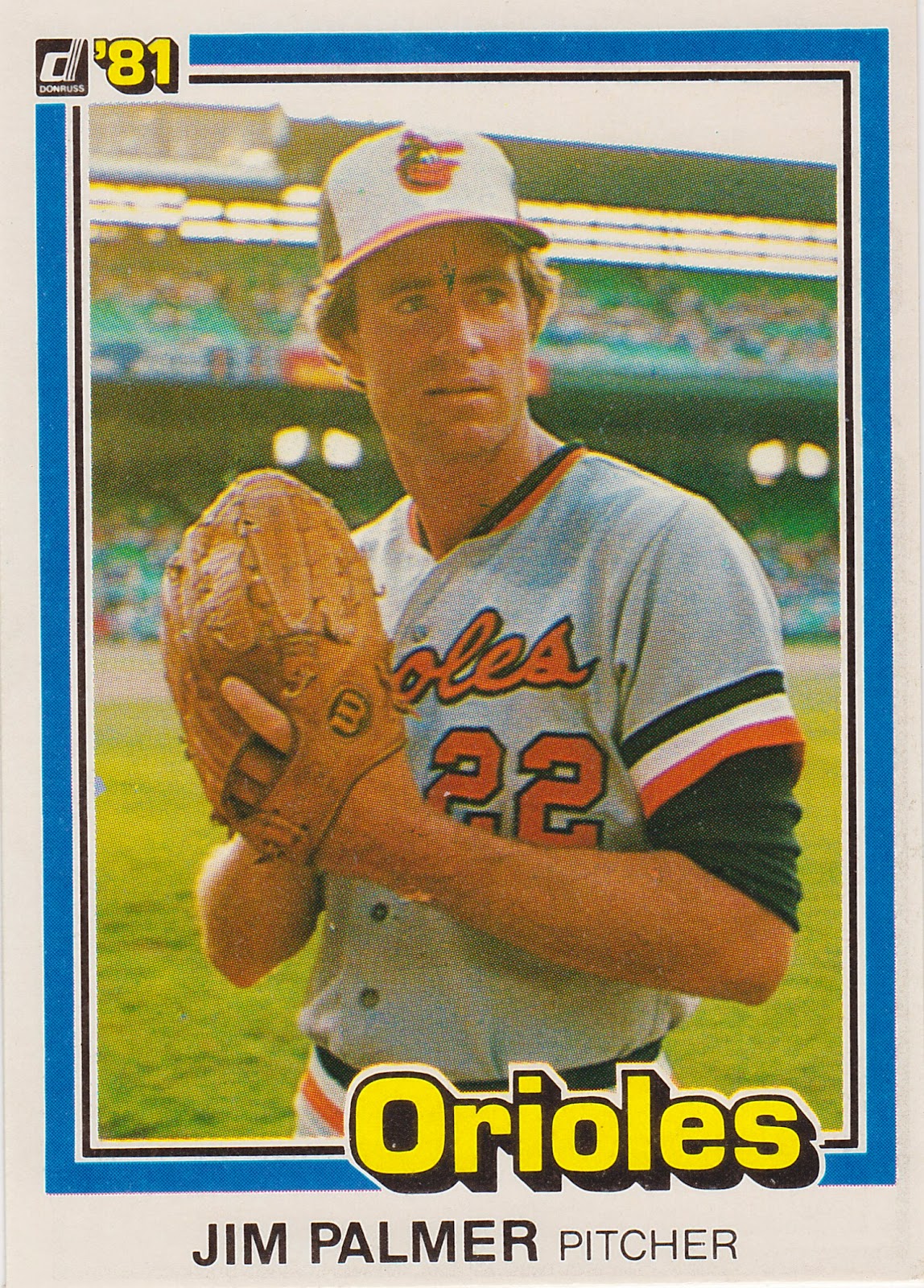 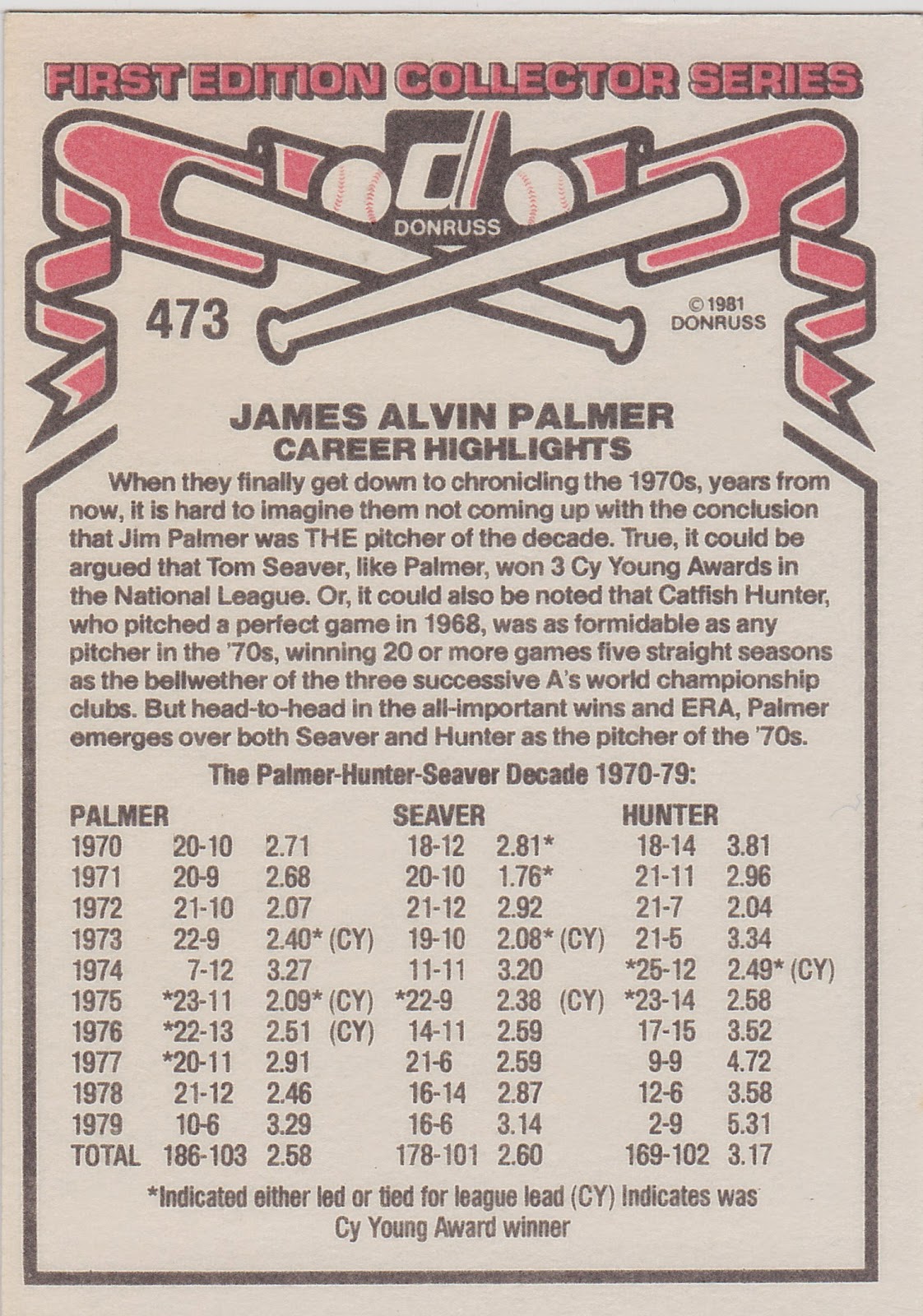 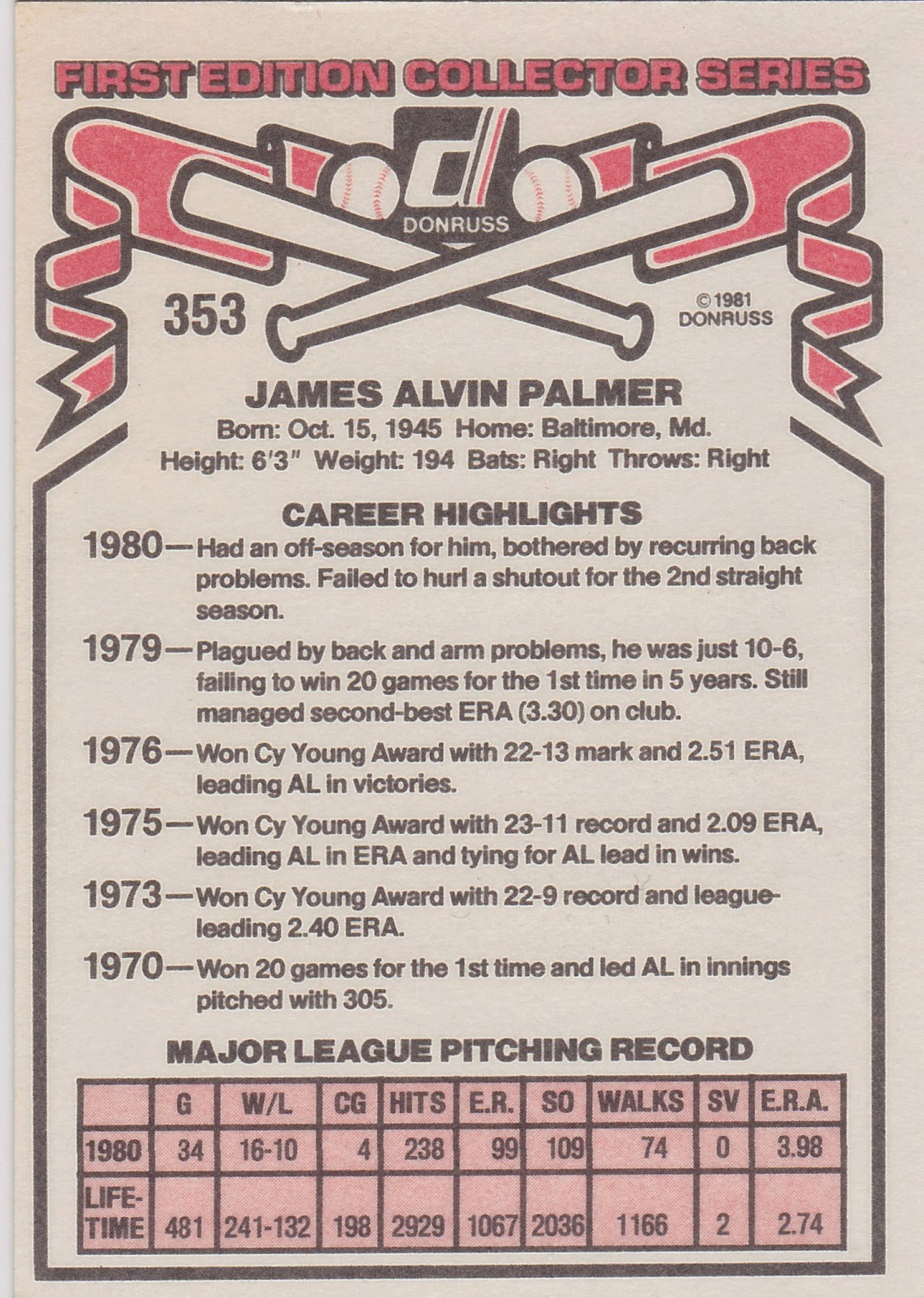 I usually traveled up there from Houston with a guy named John who I met through the hobby. We both were devoted to the Orioles and we both spent most of our free time at two of the LCSs in southwest Houston. The wonderful mother of one of the store owners called us 'Bob Oriole' and 'John Oriole'. I sometimes thought that she actually believed those were our names. We became good friends, went to all the card shows we could get to and helped each other out with our hobby wantlists. John passed away two years ago and although I hadn't seen much of him in the last several years, I miss going to card shows and talking trash about the dealers. John was quite a character.

Anyway we had a running joke between us that was based on the fact that whenever we made a trip to Arlington we almost always missed Jim Palmer's turn in the rotation. It was uncanny. If we were going up on a Saturday for a weekend series Palmer would have pitched on Friday and we'd miss him. Heading up for a Tuesday night? Palmer was scheduled on Wednesday. We eventually got to see him pitch once in the early 80s and I remember that he pitched on a dreadfully hot weekend afternoon and the Orioles rolled.

In honor of Big John Oriole I'm going to post some junk wax era Palmer cards, and maybe some nicer vintage ones. The two at the top are probably the epitome of 'junk wax'. In 1981 Donruss decided that two cards of Jim Palmer were better than one. But rather than use two different photos they just used the same one twice but cropped it differently. They did have two different backs. The #353 contained personal data, career highlights and the two lines of stats that Donruss used for '81, the prior season and career totals. The #473 card (the closer cropped one) could be viewed as a 'special' as it has a write-up on Palmer's work in the 1970s and a three column comparison of him, Tom Seaver and Jim Hunter.

Donruss' 1981 set was laughable. Terrible color, thin cardboard, and lots of errors... but maybe that's what holds it's charm. When the 'Card Wars' broke out and Topps faced competition from Fleer and Donruss the game changed for collectors.

Here is the '82 Donruss. The back, which I didn't scan, is easier to read and has more extensive stats although the veteran players didn't have complete career numbers listed. Palmer for example, has stats from 1977 on. 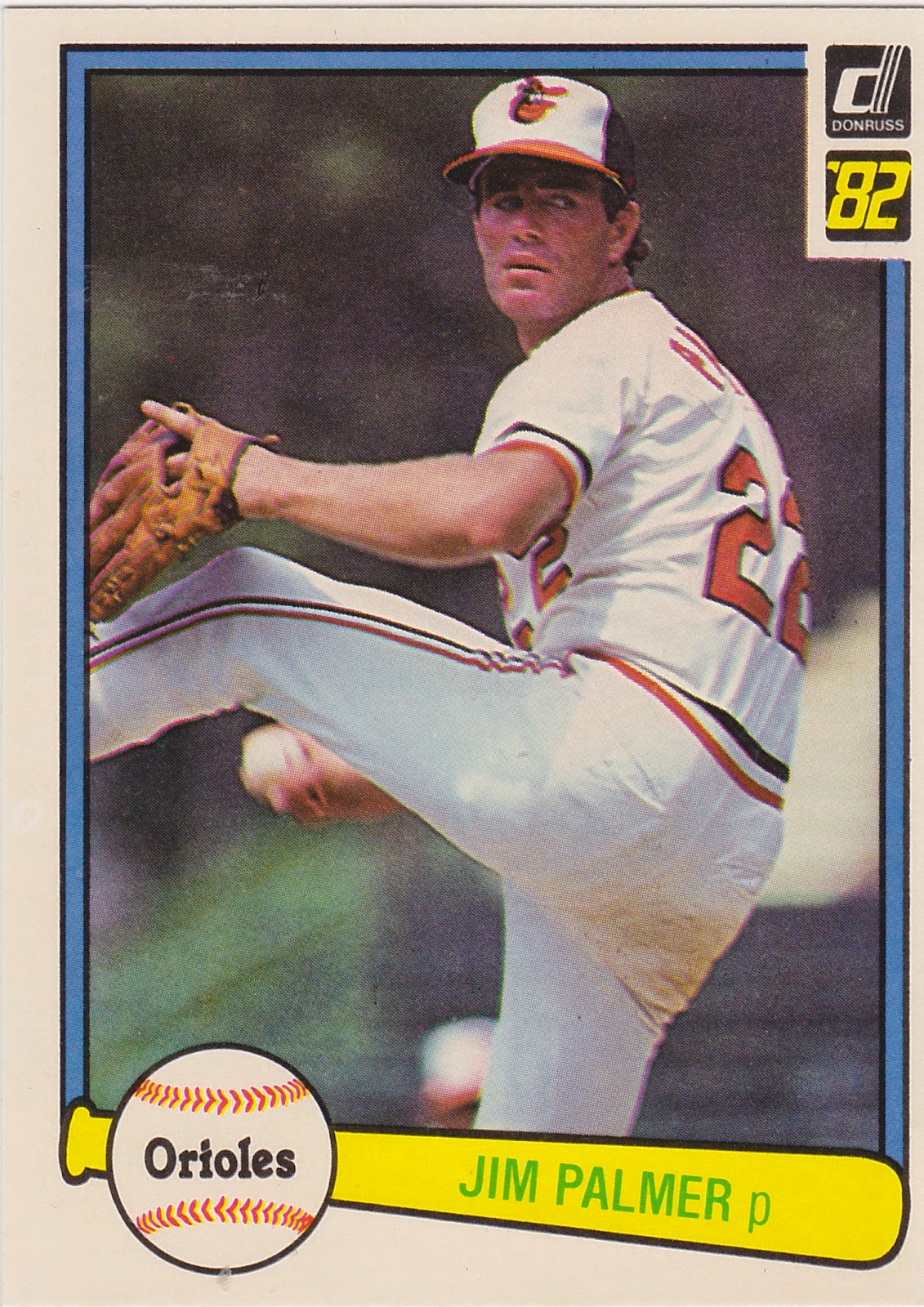 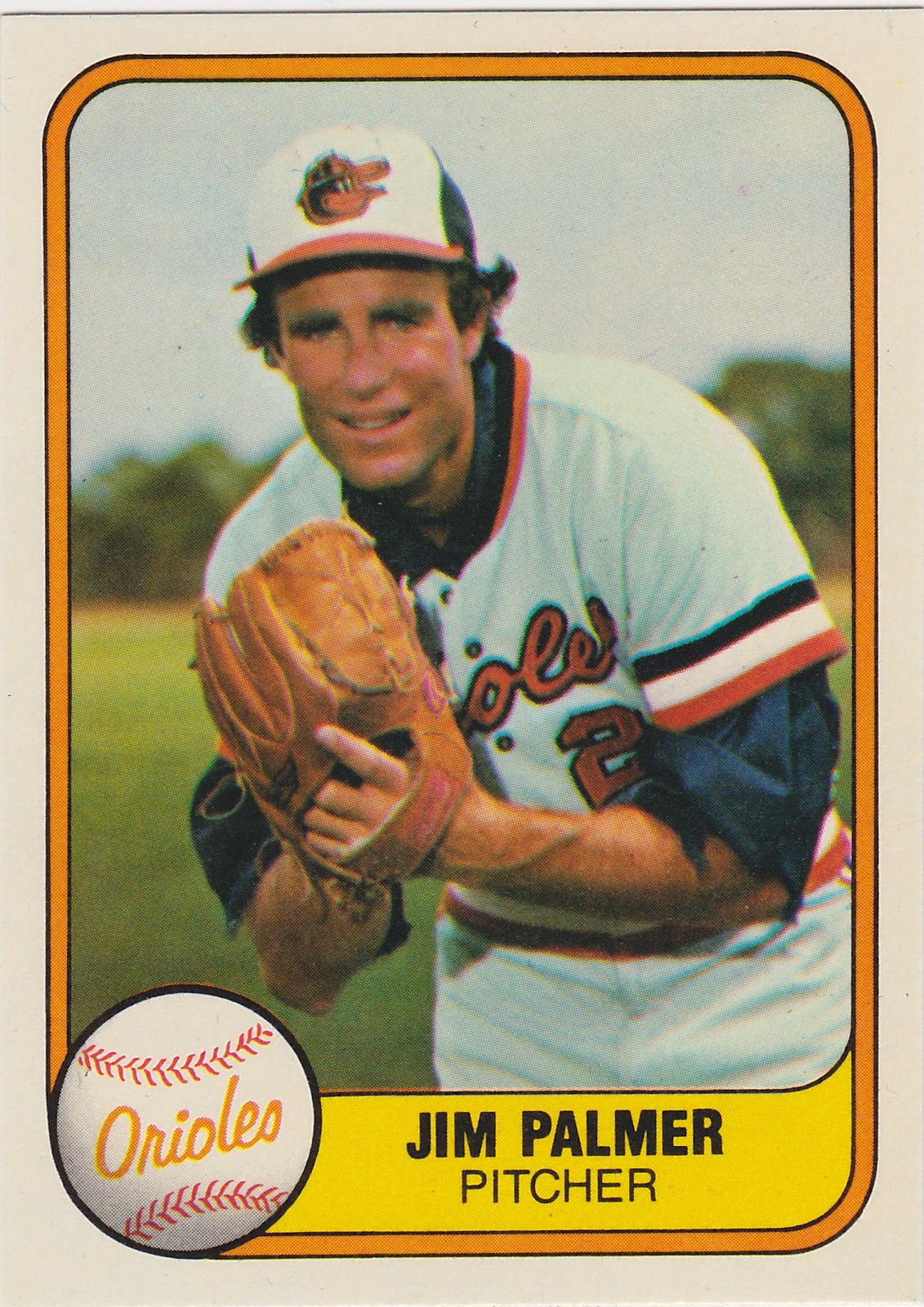 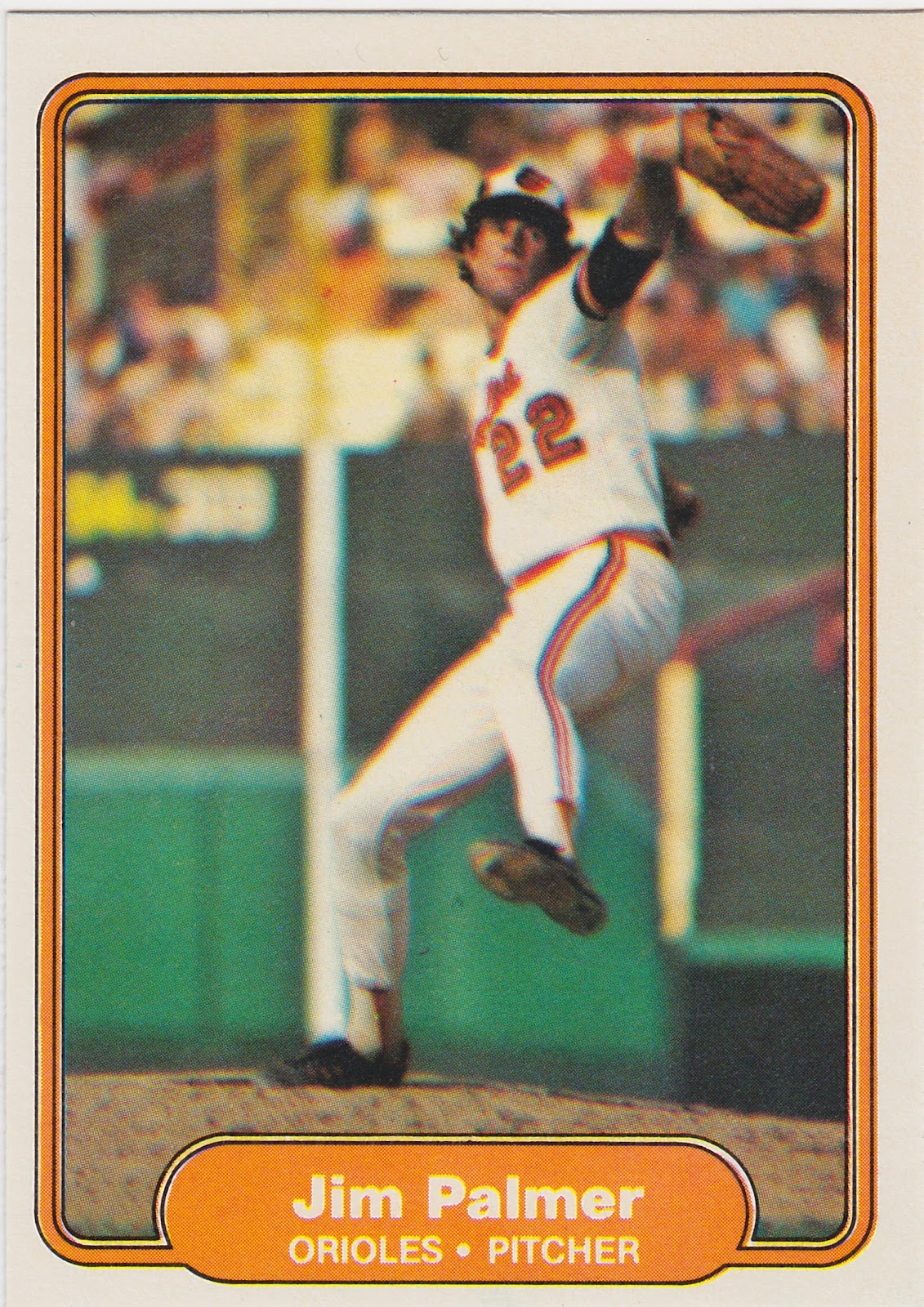 And finishing up here are some random Topps Jim Palmer cards from my Oriole star binder: 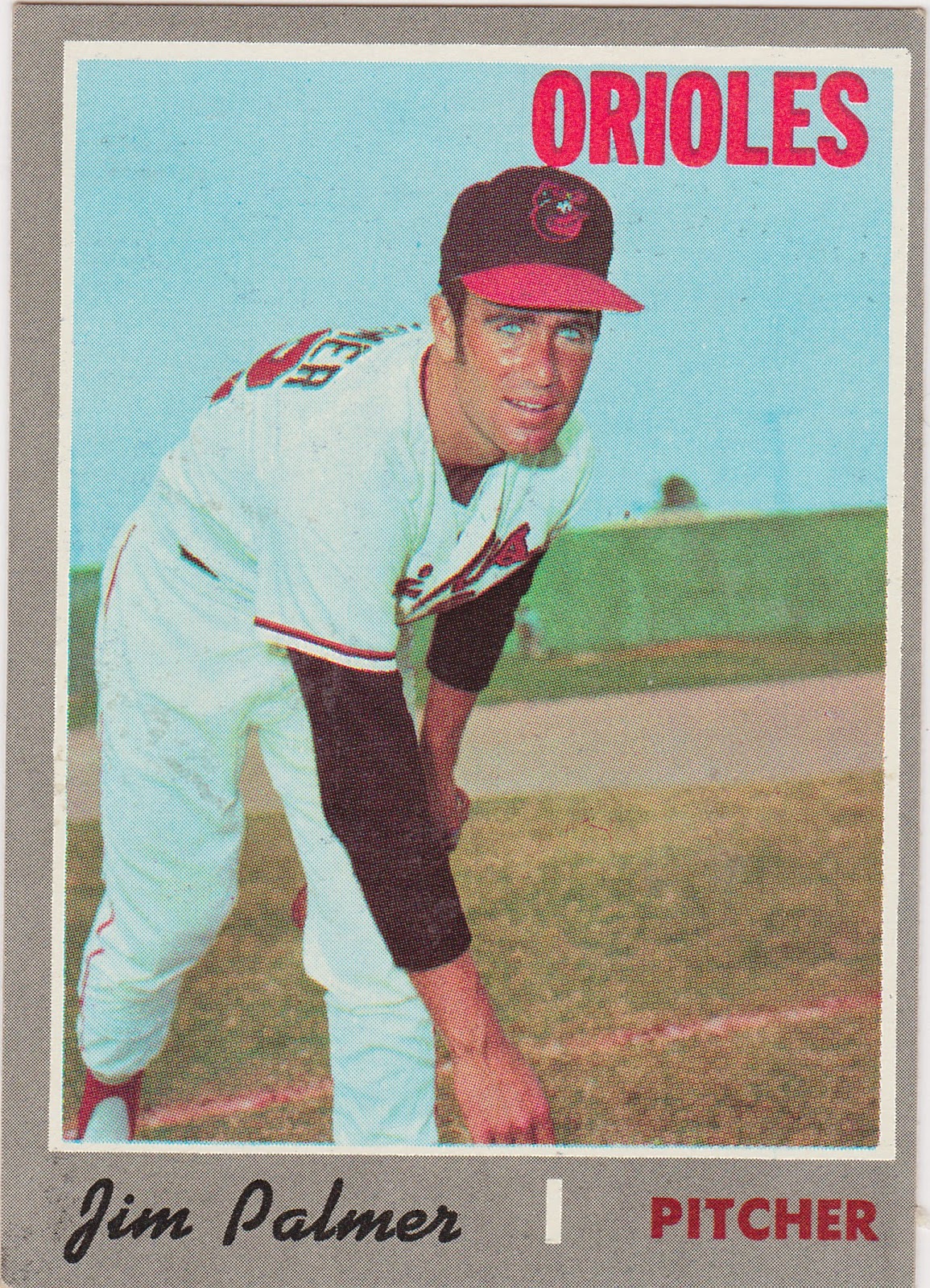 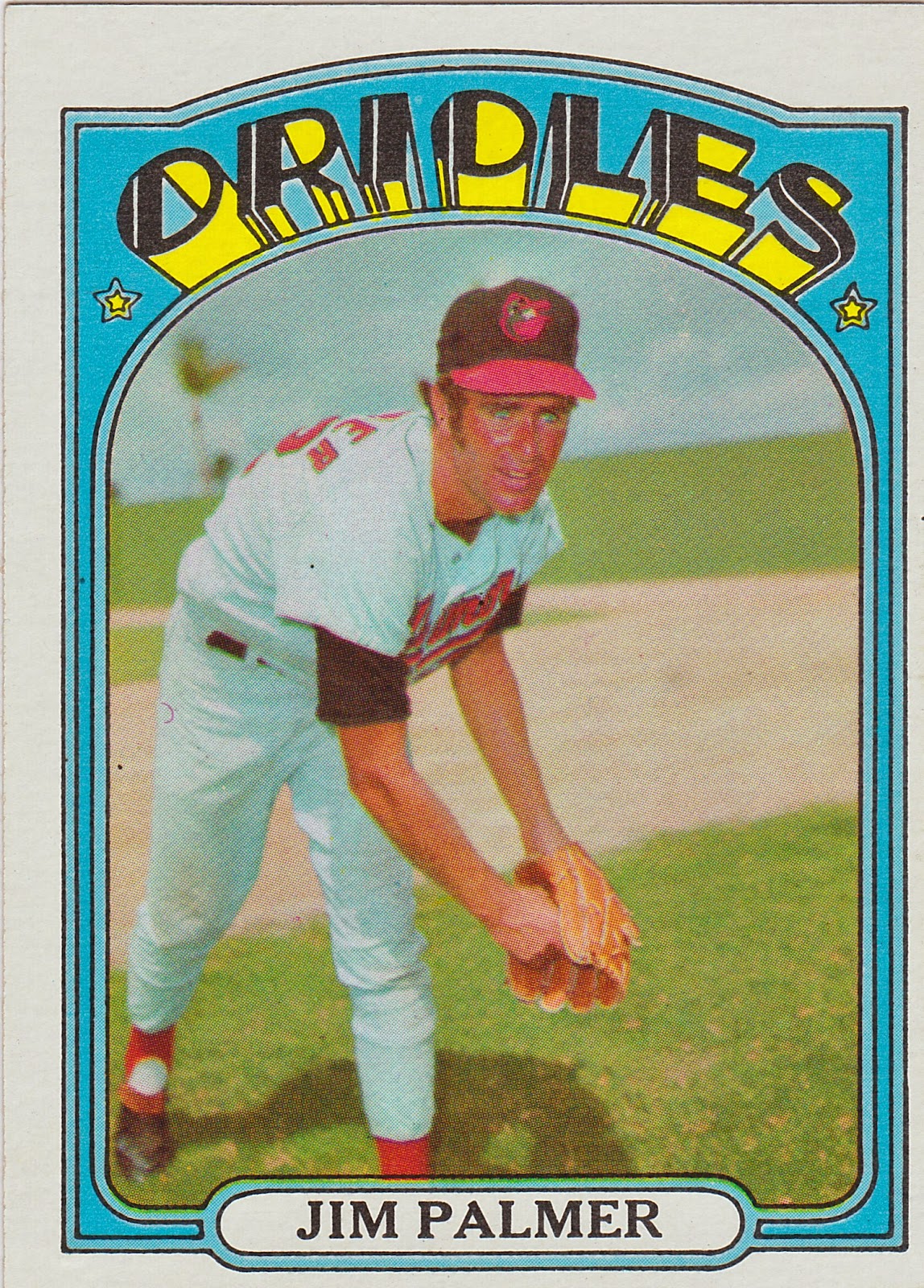 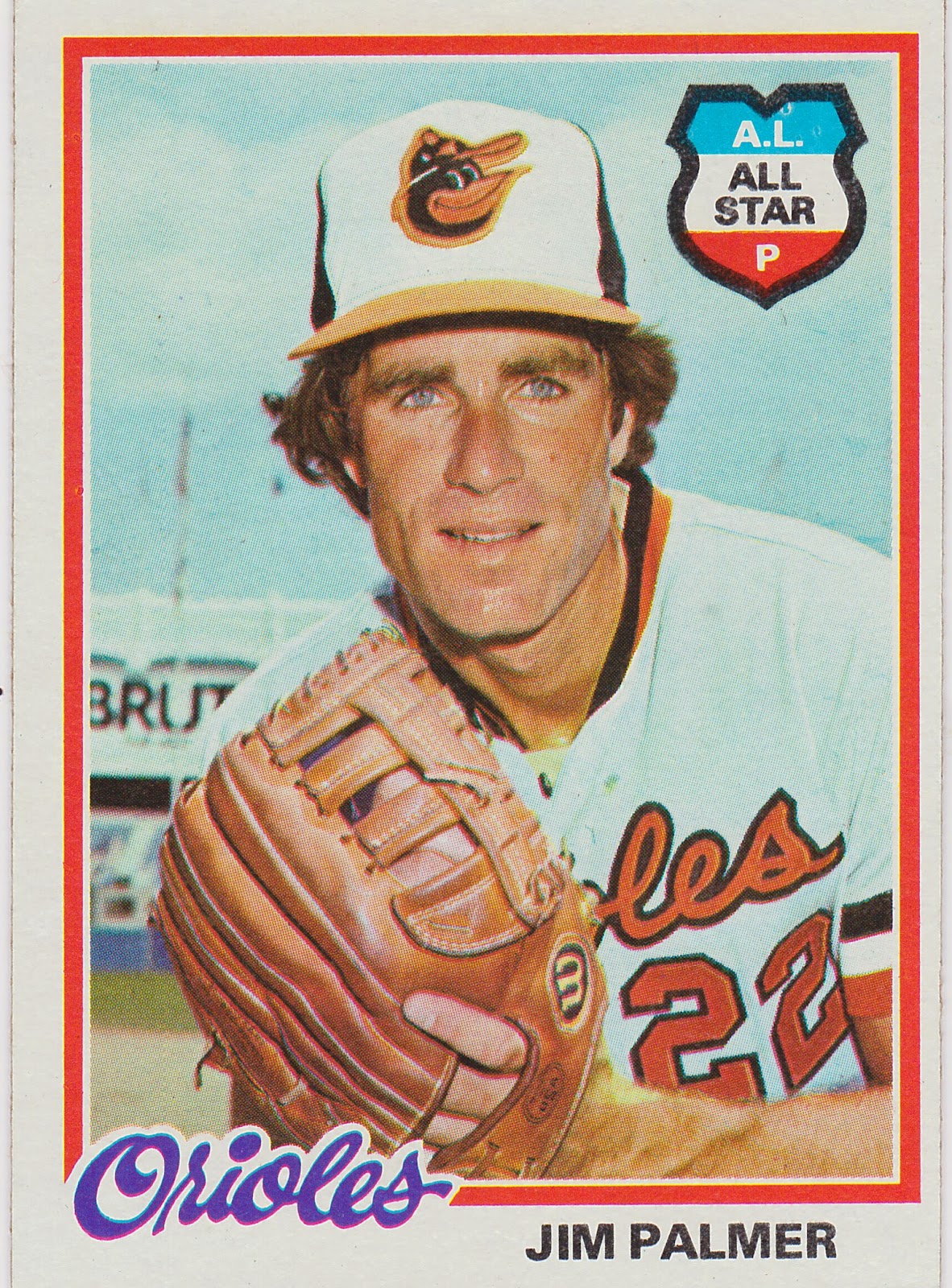 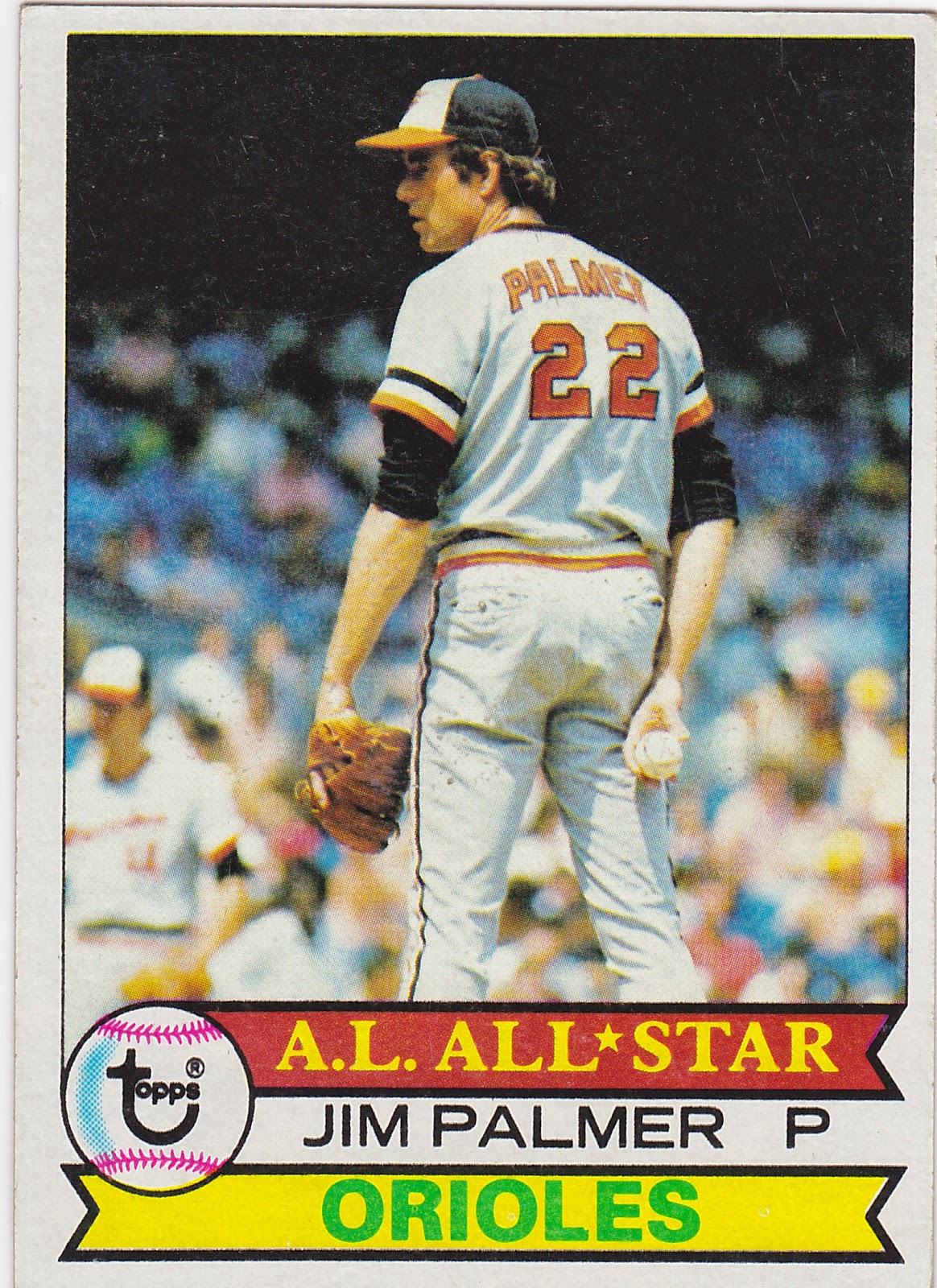 And finally the 1982 Palmer In Action and his regular card, a sweaty face portrait. I like the In Action card a lot more. 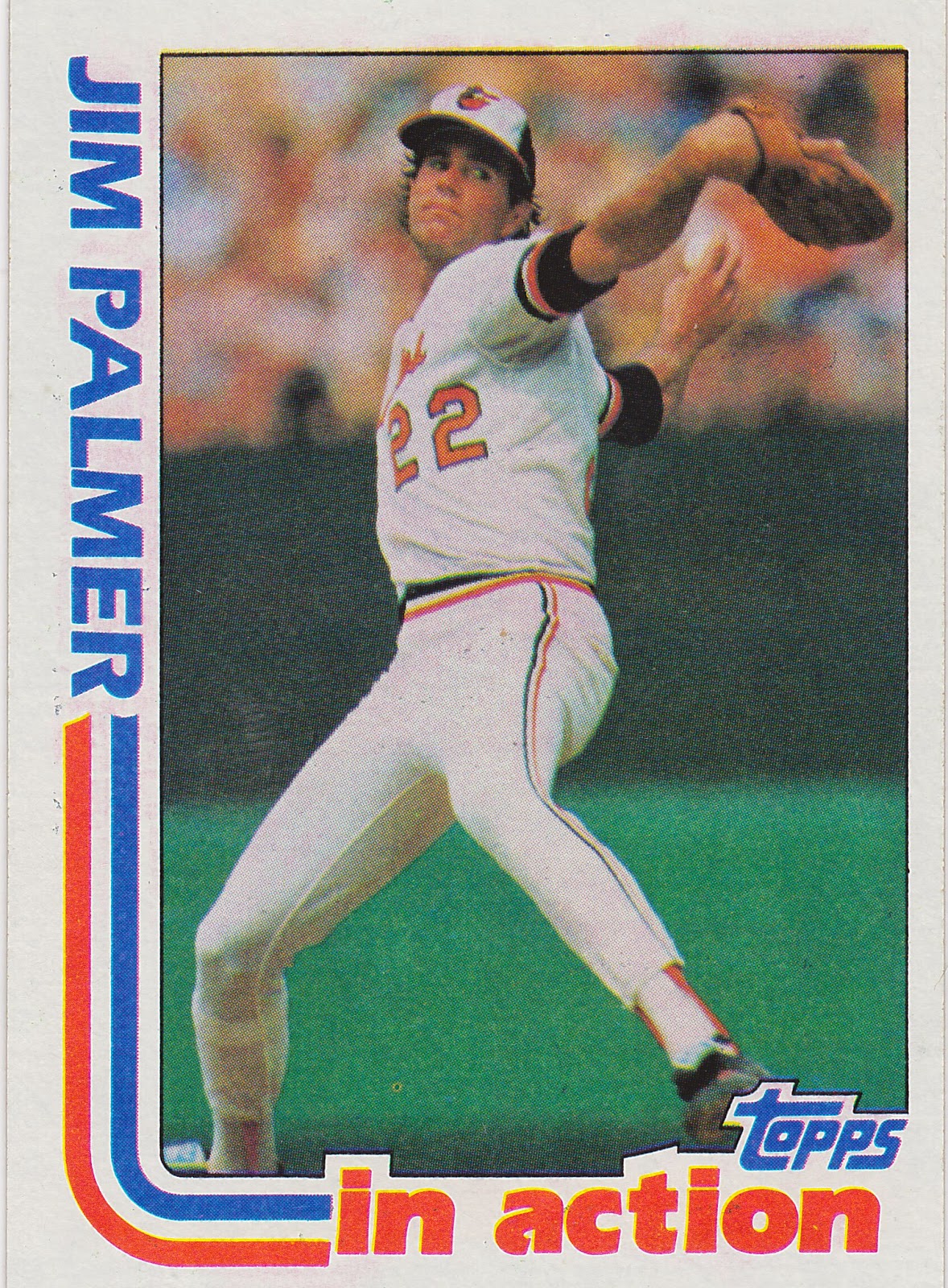 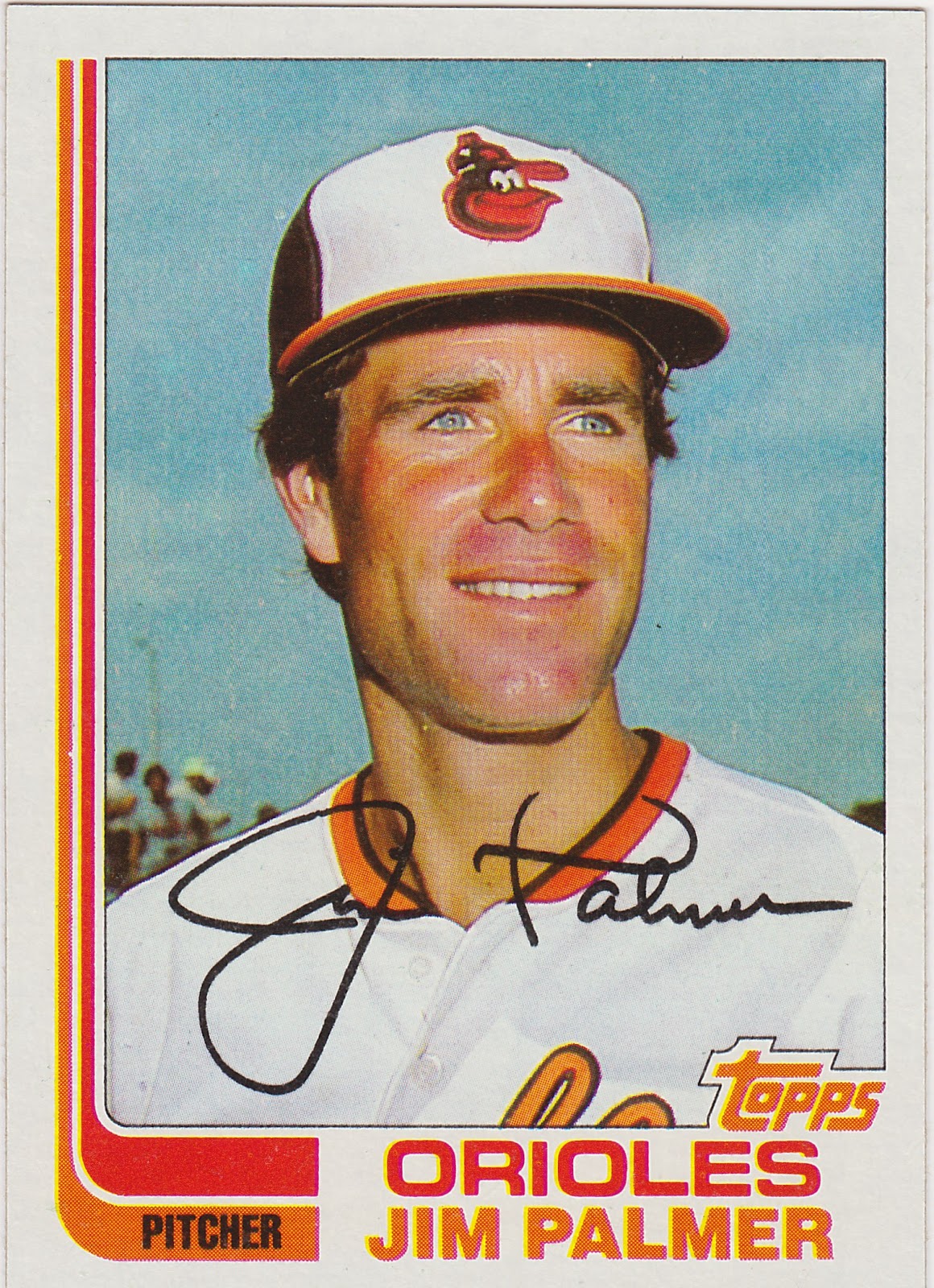