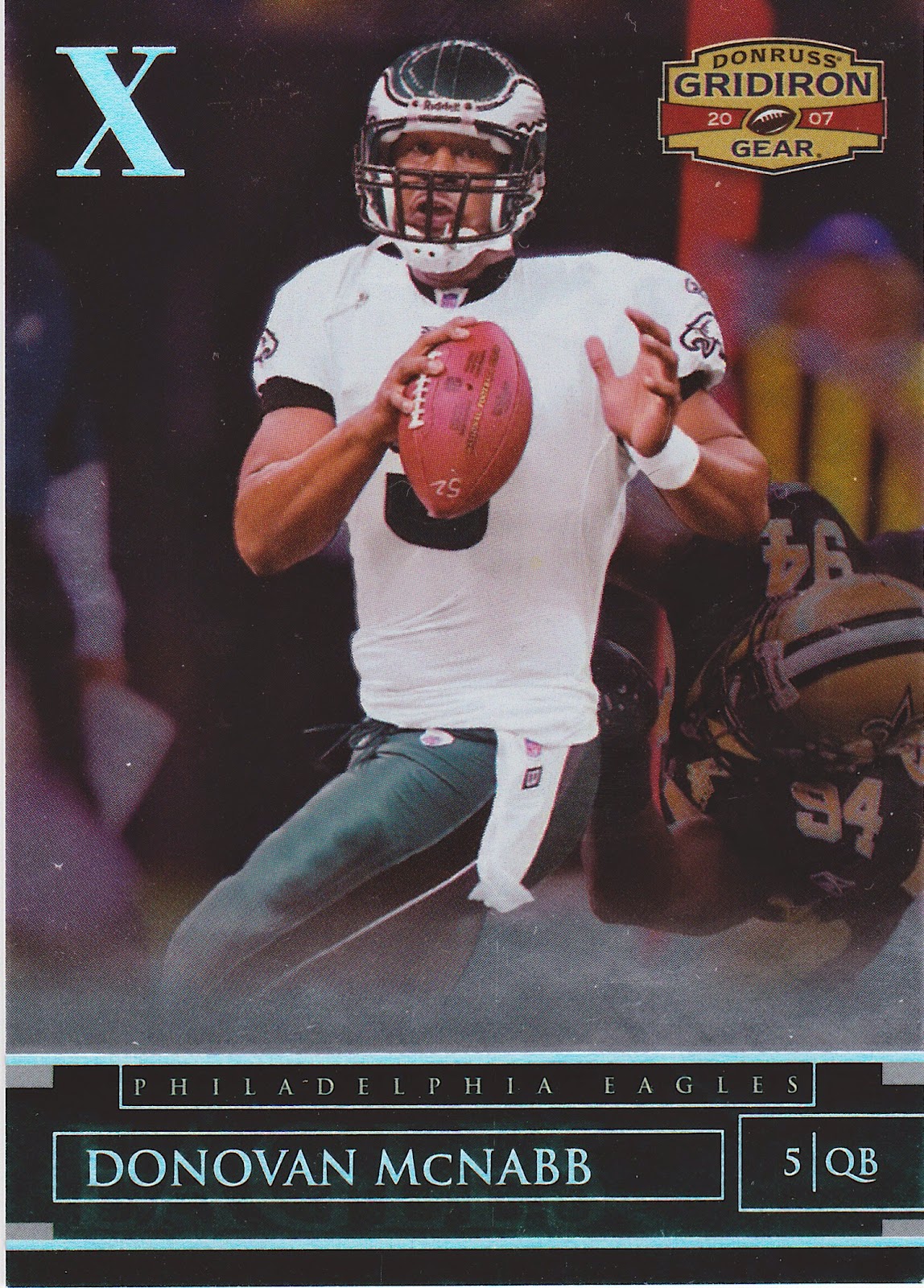 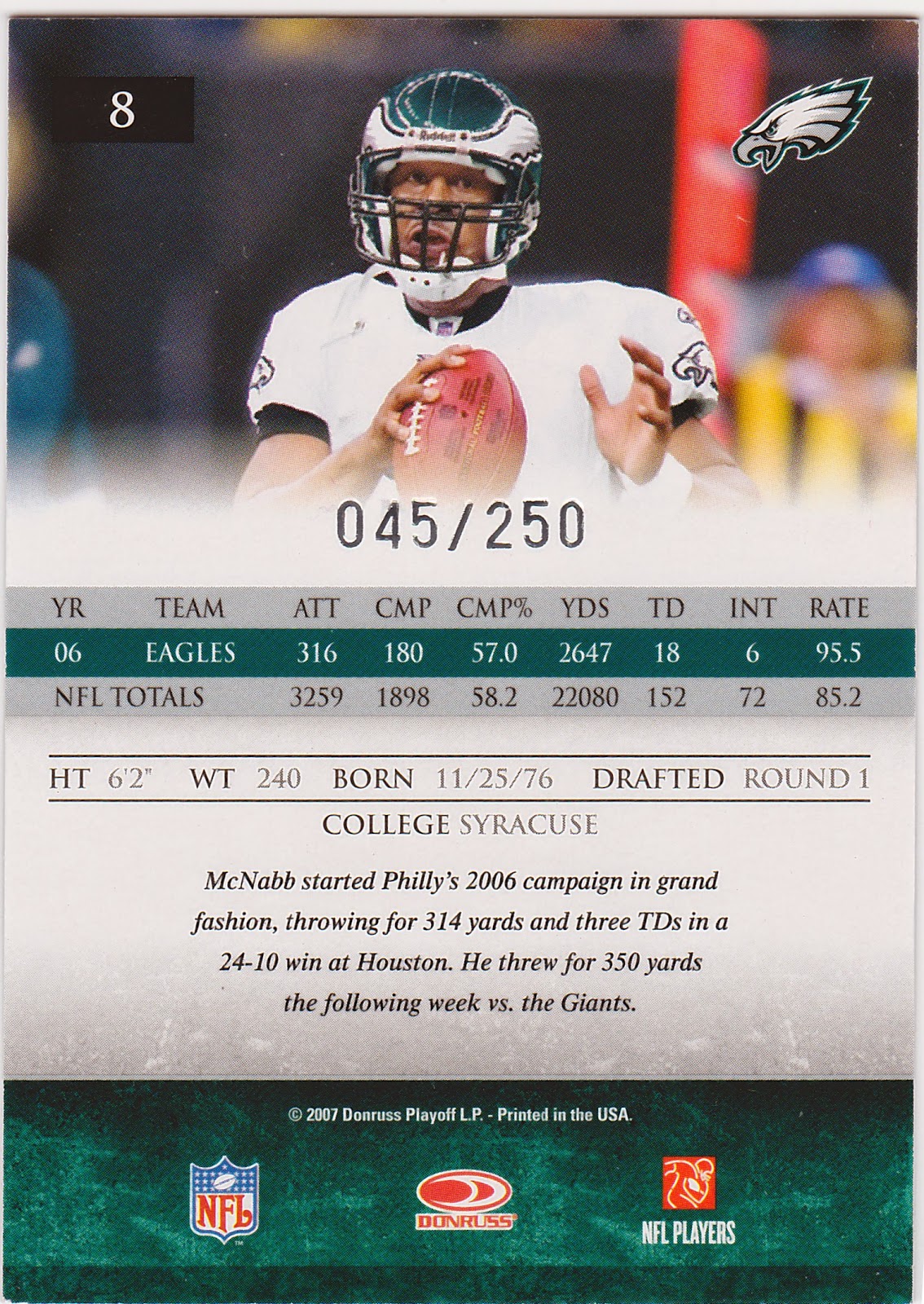 
NFL Info: Philly fans booed McNabb when he was taken by the Eagles with the 2nd overall pick in 1999. No surprise there, Philly fans would boo Jesus. McNabb played football and hoops at Syracuse. He played on a reserve on the SU team that lost the NC game to Kentucky in 1996.

McNabb's Eagle teams played in seven different postseasons during his eleven years with the team. They lost to the Pats in the 2004 Super Bowl XXXIX game 24-21 and McNabb's play was the subject of endless debate including the question of whether or not he was sick. He had an up and down 11 year run in Philly making 6 Pro Bowls and yet never quite shaking the shadow of criticism that came with being a high choice in the spotlight of a demanding town.

He was finally traded to the Redskins where he spent a year and then to the Vikings where he spent his last one, 2011. He was traded for Alfred Morris in that deal. He currently works as a media voice and has a new gig with NBC Radio.


Fantasy Impact: I had McNabb for one and only week in his final NFL season, 2011. I picked him up on waivers and threw him into the lineup after my regular starter, Ben Rothlesberger had a lousy eight point performance in Week 4. Of course Big Ben had 31 the week I benched him while McNabb had 14. I proceeded to cut McNabb so his time as a Flyer was about as brief as it could get. The whole scenario is pretty typical of my greatest fantasy football faults, lack of patience and roster micromanagement. Over-reaction to a bad week has cost me dearly through the years. It's like an addiction in that I know I have a problem and yet I can't fix it.


The Card: I never relate Donruss to football cards but obviously they did produce them. Too much going on in this card...bigazz Donruss logo, action pic, multiple boxes containing name, team, etc. And what's up with the huge "X"? Maybe it makes sense in terms of the set, I don't know because this is the only card I have like this. Whatever it means, it's dumb. So dumb that I've decided I hate this card and have a a bid group set up for some 'McNabb as a Viking' cards using my snipe program. If I win one, this card gets bounced out of the FF binder.