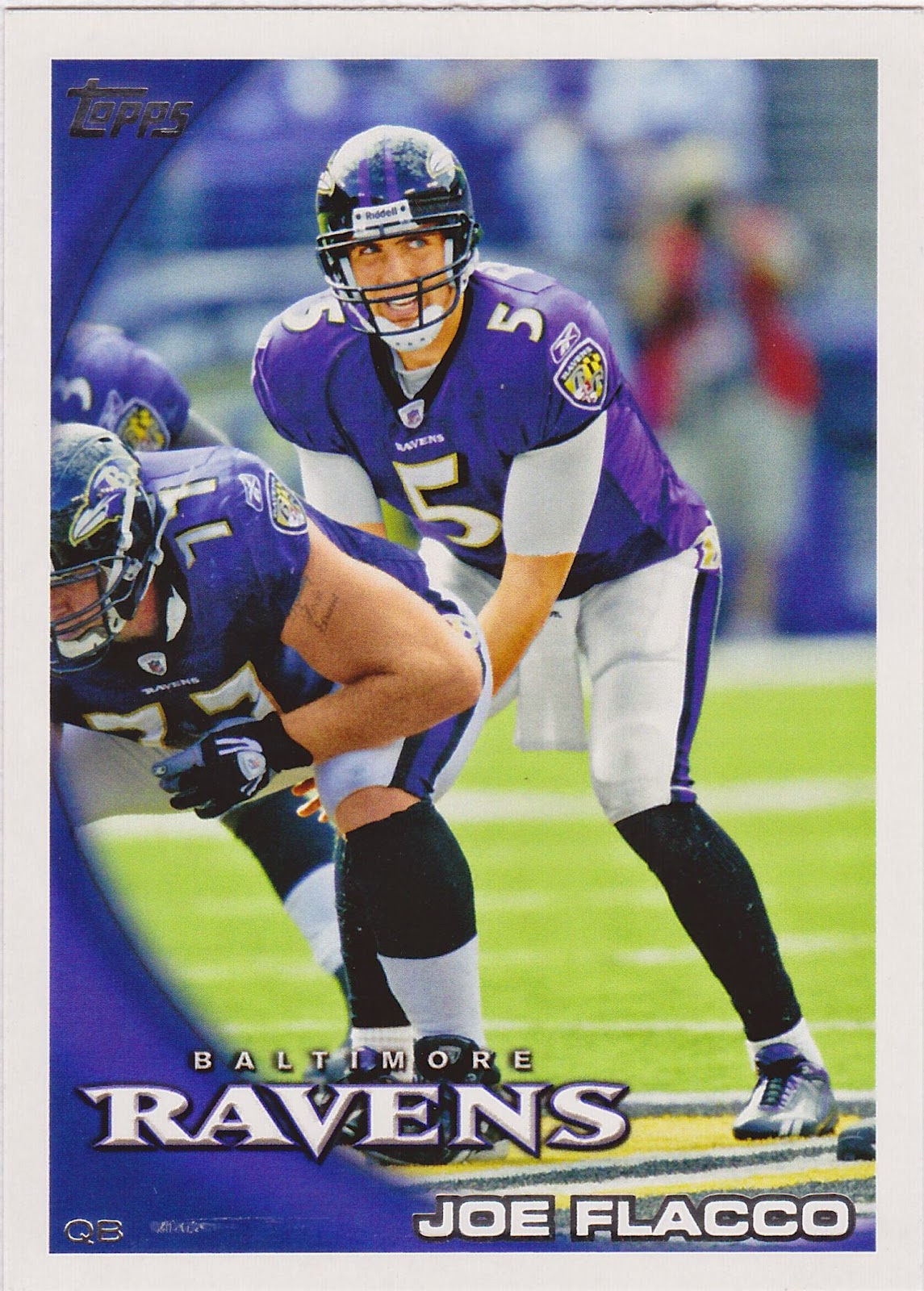 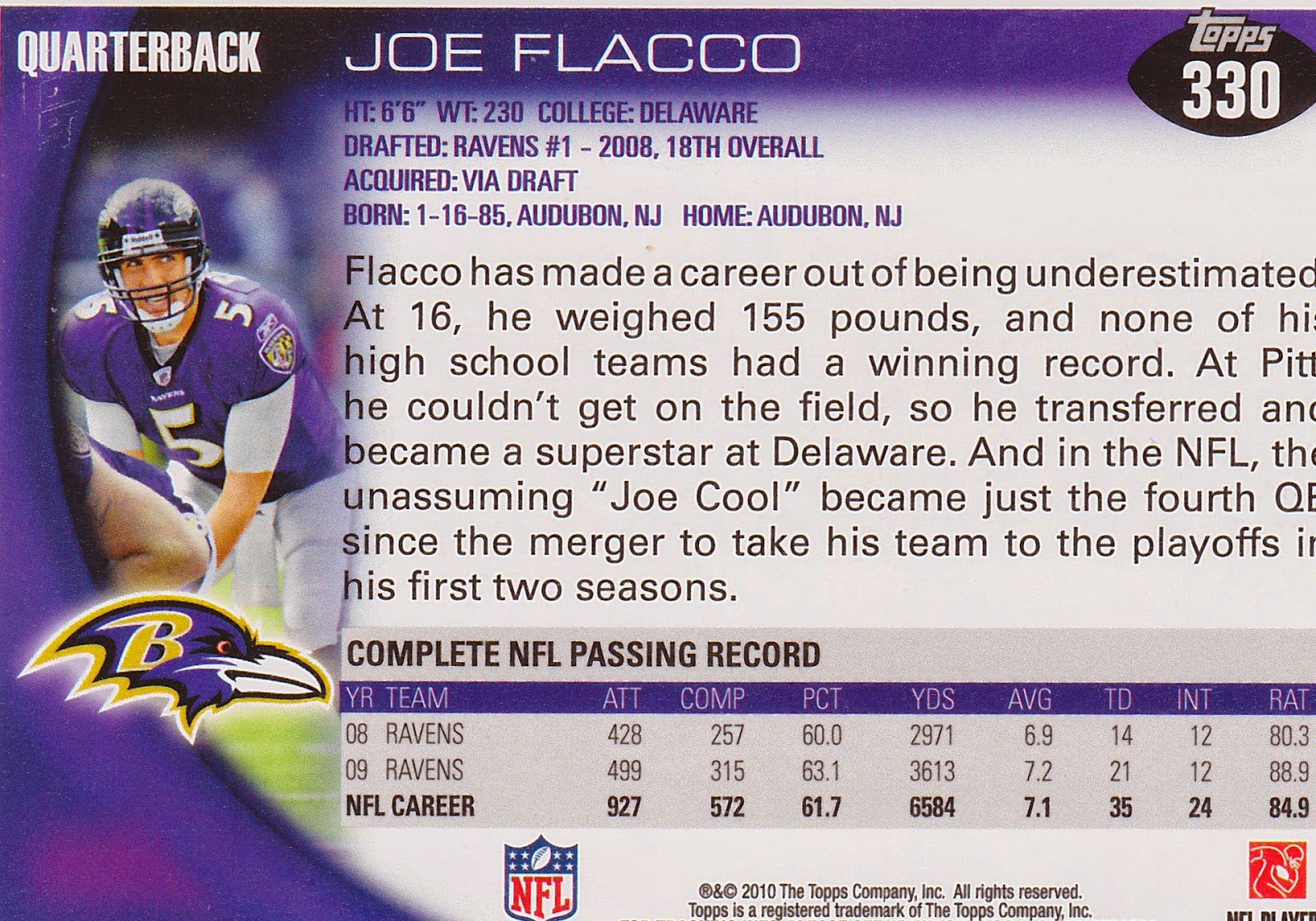 
NFL Info: Joe Flacco was drafted 18th in the 1st round of the 2008 draft by the Ravens out of Delaware. He has started every game since. He Baltimore to a couple of road wins in the 2008 playoffs, becoming the first rookie quarterback to pull that off. That year he also set the record for most wins by a rookie starting quarterback with 13. He is also the only quarterback in NFL history to win a playoff game in each of his first five seasons. With Flacco has led the Ravens to the AFC North title twice, appeared in three AFC Championship Games, and beat the 49ers in Super Bowl XLVII. He was named MVP in that one.

Fantasy Impact: I've drafted Flacco twice. I had him in 2010 and he began the season as my starter. I switched to Ben Rothlesberger at mid-season and rode him into the playoffs. When Big Ben got nicked up I used Flacco again and he won me the final regular season game and the Wild card game. I went back to Rothlesberger for the Semis and the title game and with him I won my fifth league title. It was one of my better years at making line-up calls, the area that usually is my undoing.

Last season Flacco came on for me when Matt Ryan continued to shit the bed. Flacco was pretty good for me for a couple of weeks but I jumped on the Nick Foles train late in the year. He almost helped me pull off a late charge to a playoff slot. I lost it on points scored. Had I used Foles a week before I did and gotten his monstrous 49 point week I'd have gotten that spot. Oh well.

The Card: I looked into Topps 2010 football because I was interested in what others thought of the design. What I found out is just how little I know about the comings and goings of modern cards. I hadn't realized that 1) Topps had been out of the NFL card business for awhile prior to getting the licence to do this set when Upper Deck cratered, and 2) the design is the same as the baseball set. I have some 2010 baseball here someplace. I just never snapped to it.

Apparently Topps didn't have as much time as they normally do to prepare a set for distribution. So re-using the baseball template makes sense. I'm never a fan of using the same pic front and back but I can forgive Topps in this case. Team colored card, full stats, team logo on the back. It's nothing special but it's far from the worst of the designs in my football collection.