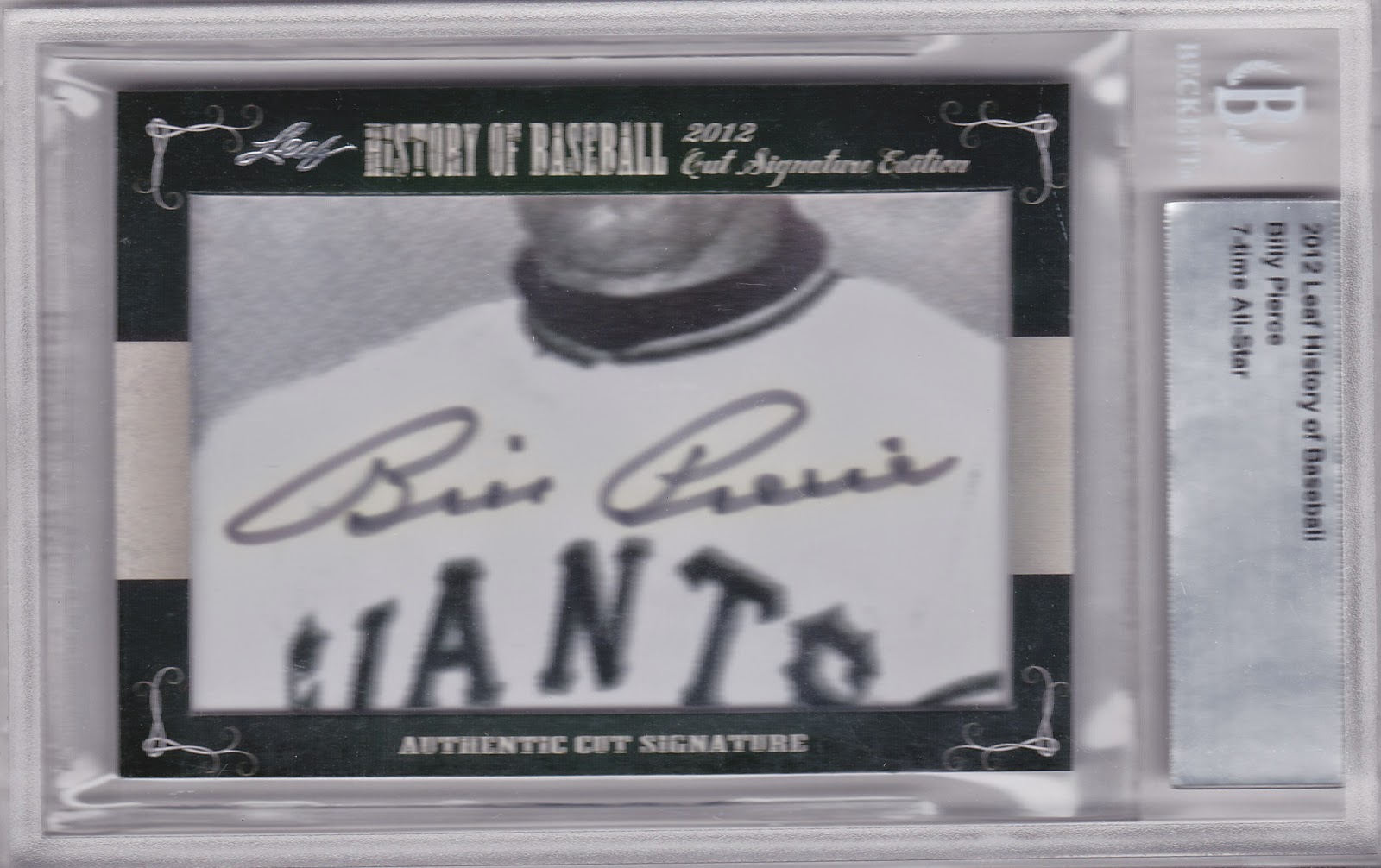 Go ahead and raise your hand if you have NEVER said that after some random hobby purchase. You, you in the back with your hand up.....you're not being honest!

This is a Leaf History of Baseball 2012 Cut Signature Edition Billy Pierce edition. I bought it on eBay last week. The guy was taking offers so I low balled him and he accepted. Then I saw it for a couple of bucks less than even my offer so my time spent thinking I got on over on the seller was pretty short-lived.

It scanned like crap because it's a thick 'card' in a hopelessly thick case. Why it's in a Beckett slab I'll never know because it's not graded or anything. Let's weigh the positives and negatives on this thing, shall we?

1) It's stupid. It's a piece of a picture with an autograph. In a card that won't fit in a page pocket. And it doesn't even show much of Pierce (which with a 'cut' is kind of the point I suppose).

2) I have more autographs of Billy Pierce than I need already. Plus (this is a bonus negative) I don't really collect autographs anyway.

3) It cost way more than it's worth. I just bought a really nice signed George Brace photo of Billy Pierce on eBay for $10. This was twice that.

4) It wasn't not on my want list. In fact I had no idea it existed and I am not chasing modern Pierce cards to any extent.

5) It's stupid. That one is worth mentioning twice.

6) The case appears to be welded shut. Even my Dremel cut-off saw attachment is going to have issues with it.

Oh, here is the back: 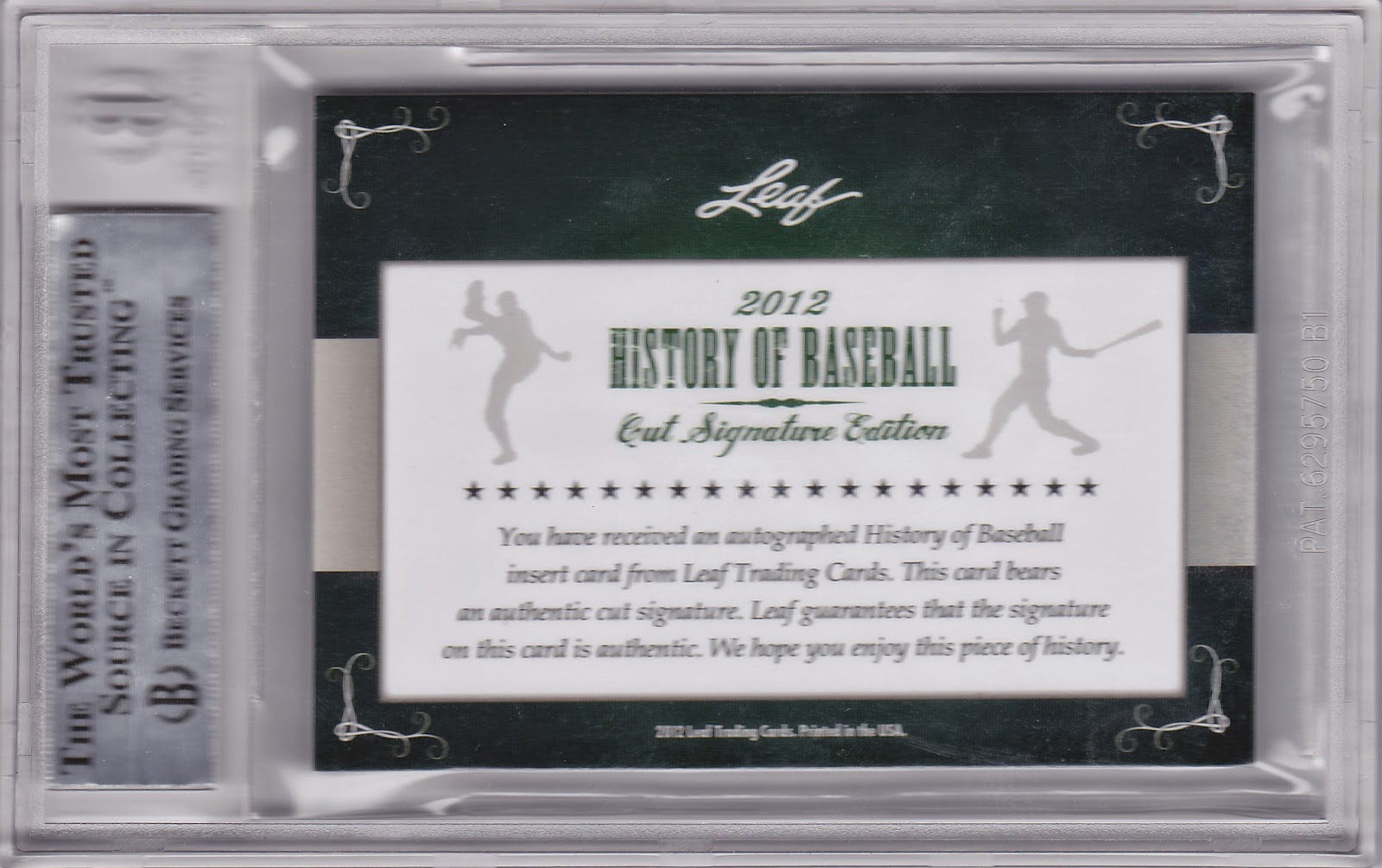