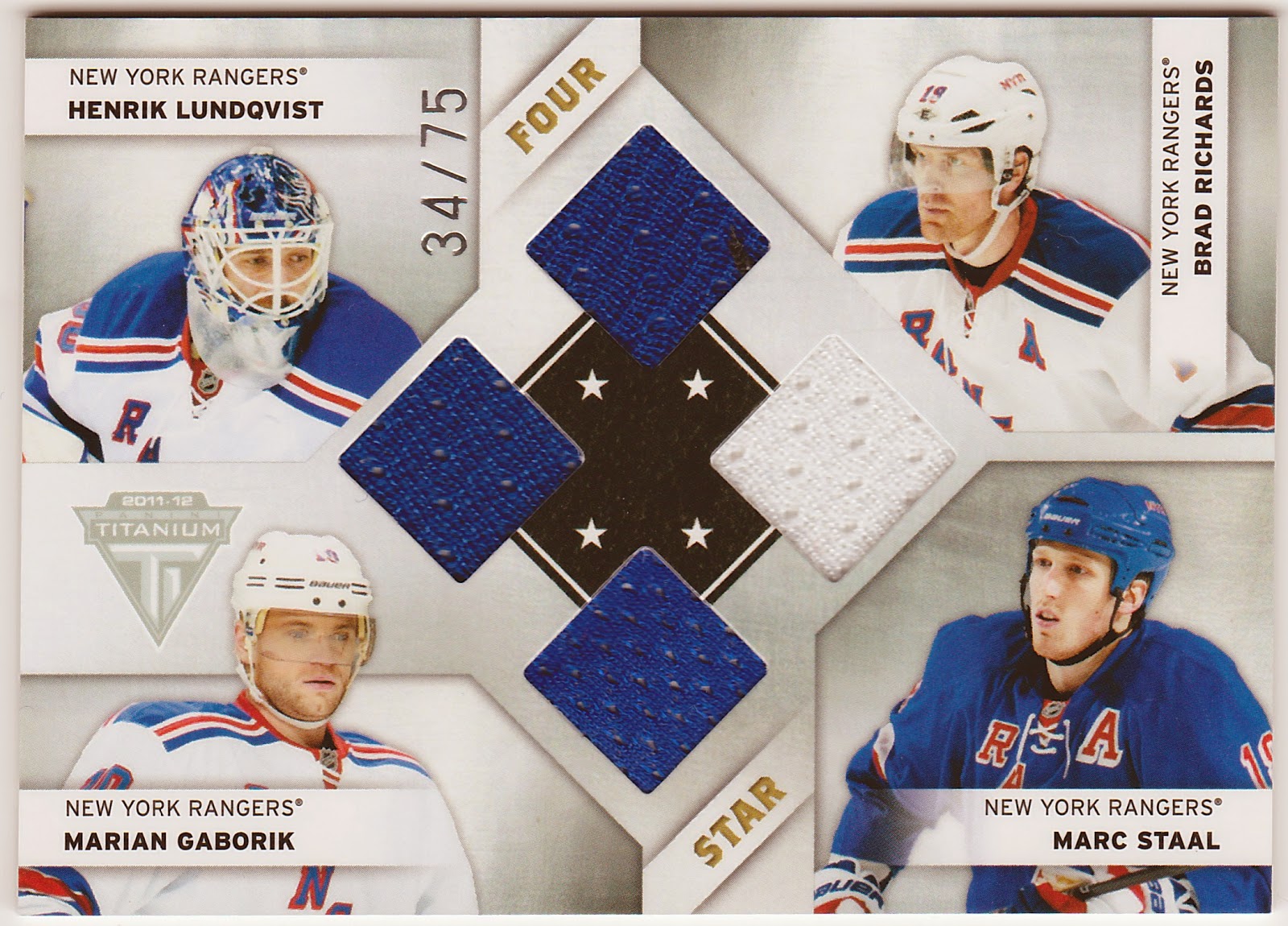 I usually don't do much 'ripped from the headlines' posting but tonite's Rangers-Penguins Game Seven has the potential to be a classic. That's based on the 'awesomeness' of the first six games of the series. Sunday night's Game Six ended with a lot on unresolved drama and I can't wait to see how it plays out.

That's a Panini quad jersey piece card from a couple of years back. All of the featured players are involved in the Conference semis at the moment, three with the Rangers and the fourth, Marion Gaborik is playing well for the Kings in their series against the Ducks.

I'm not much of a collector of these type cards but since their heyday has come and gone it seems they can be had pretty cheaply usually. It was hard for me to pass this one up when I bought it. 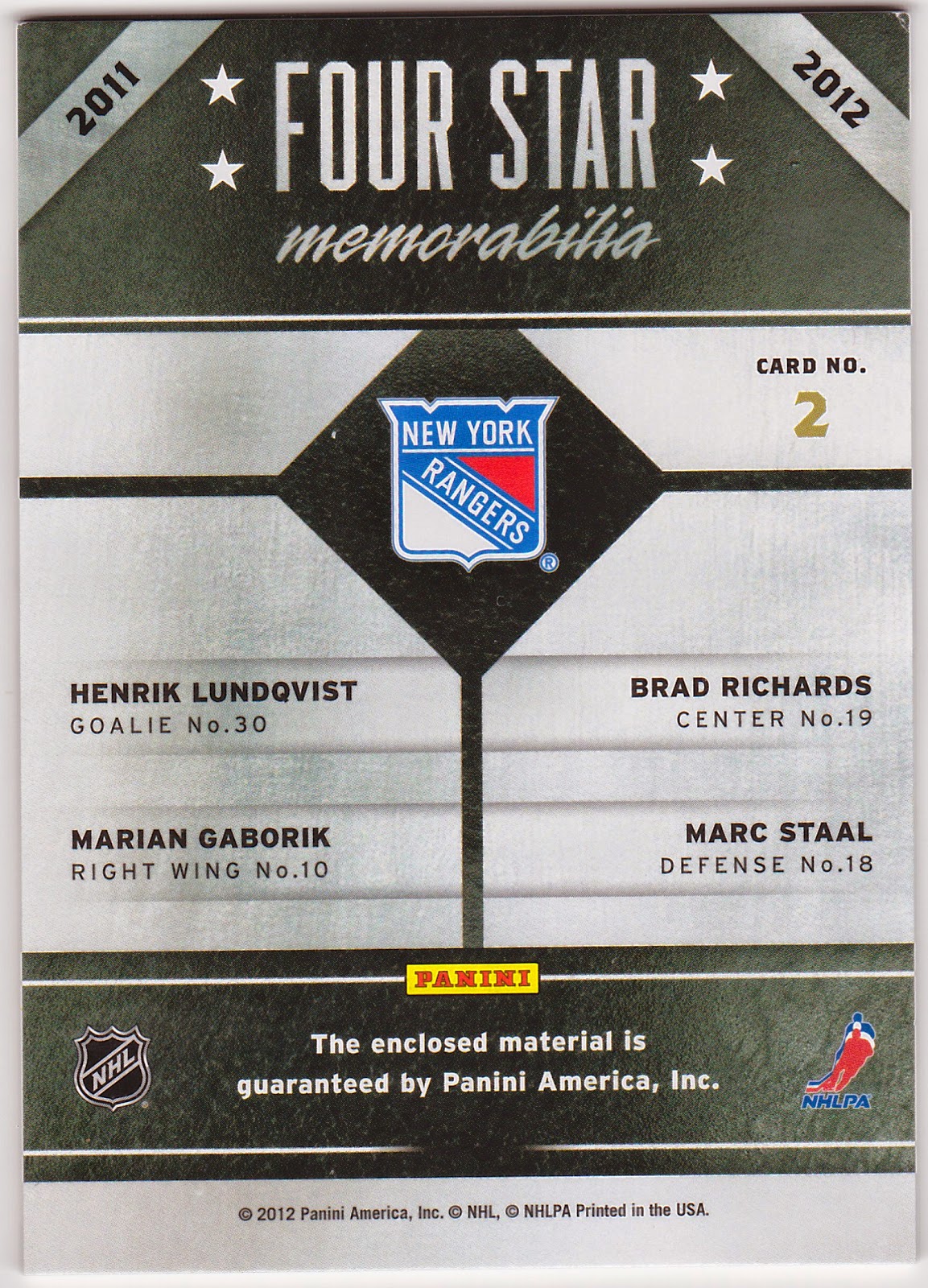 And here we see Henrik Lundqvist giving Sid Crosby a shower. Before you feel too sorry for Crosby try googling Crosby's crotch blast of Dom Moore.