Back when Elvin Hayes had retired and come back to Houston he became the paid spokesman for Houston's Yellow Cab company. He did a bunch of recruiting ads that seemed to run every two minutes on late night TV. The tag line was something along the line of' "Driving a Yellow Cab will put you on EEEE-Z Street" with the gimmick being his well known nickname of 'The Big E'.

All that has nothing to do with today's post which contains a bunch of vintage Elvin Hayes cards, many of them from the ever-generous Mark Hoyle.

These first two are from the 1976/77 Topps set. I am  posting them in a large size because they are oversized cards. Mark assures me that these were the regular issue cards that year. I had no idea. I also have no idea why the copyright date at the bottom is 1969. Anyone? 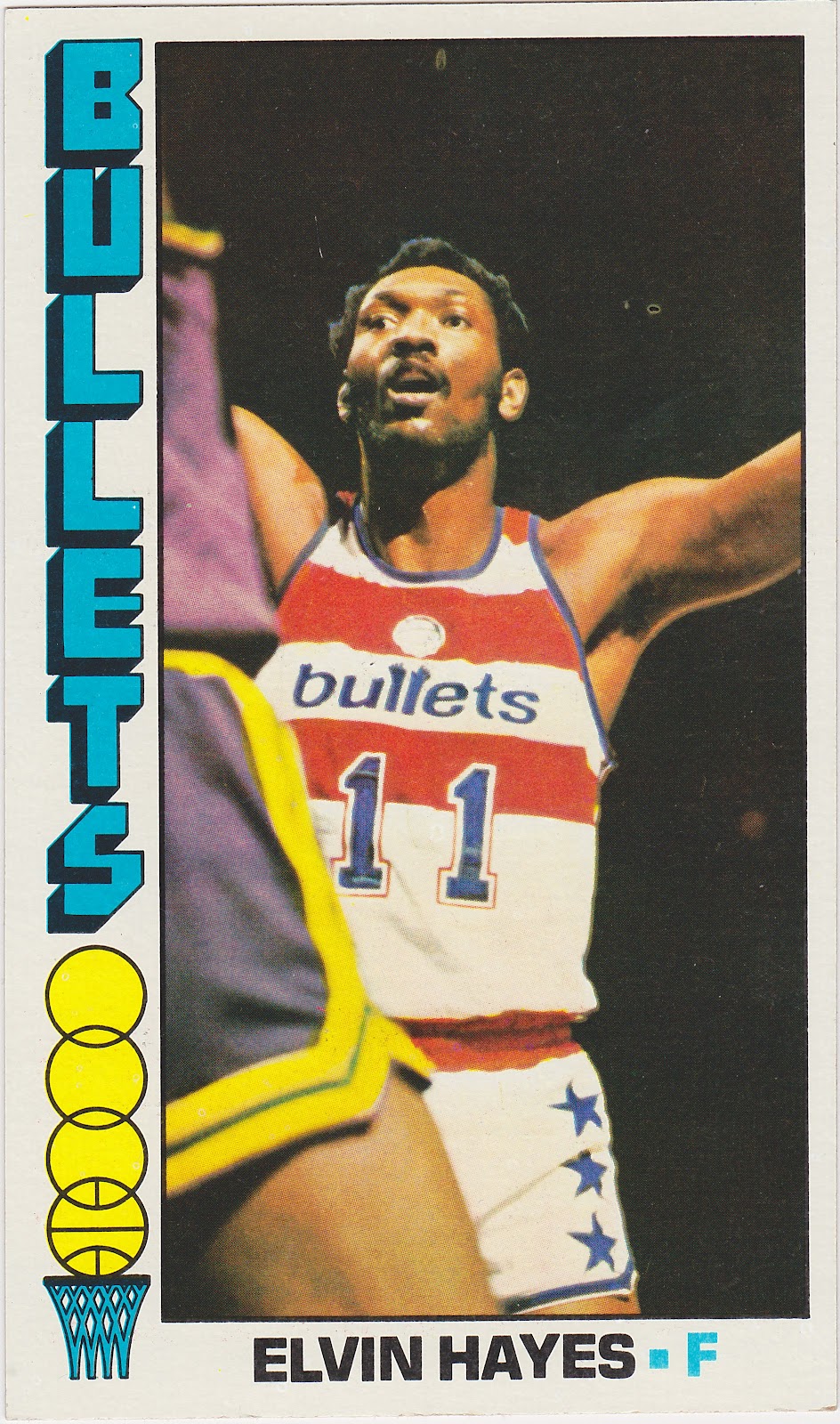 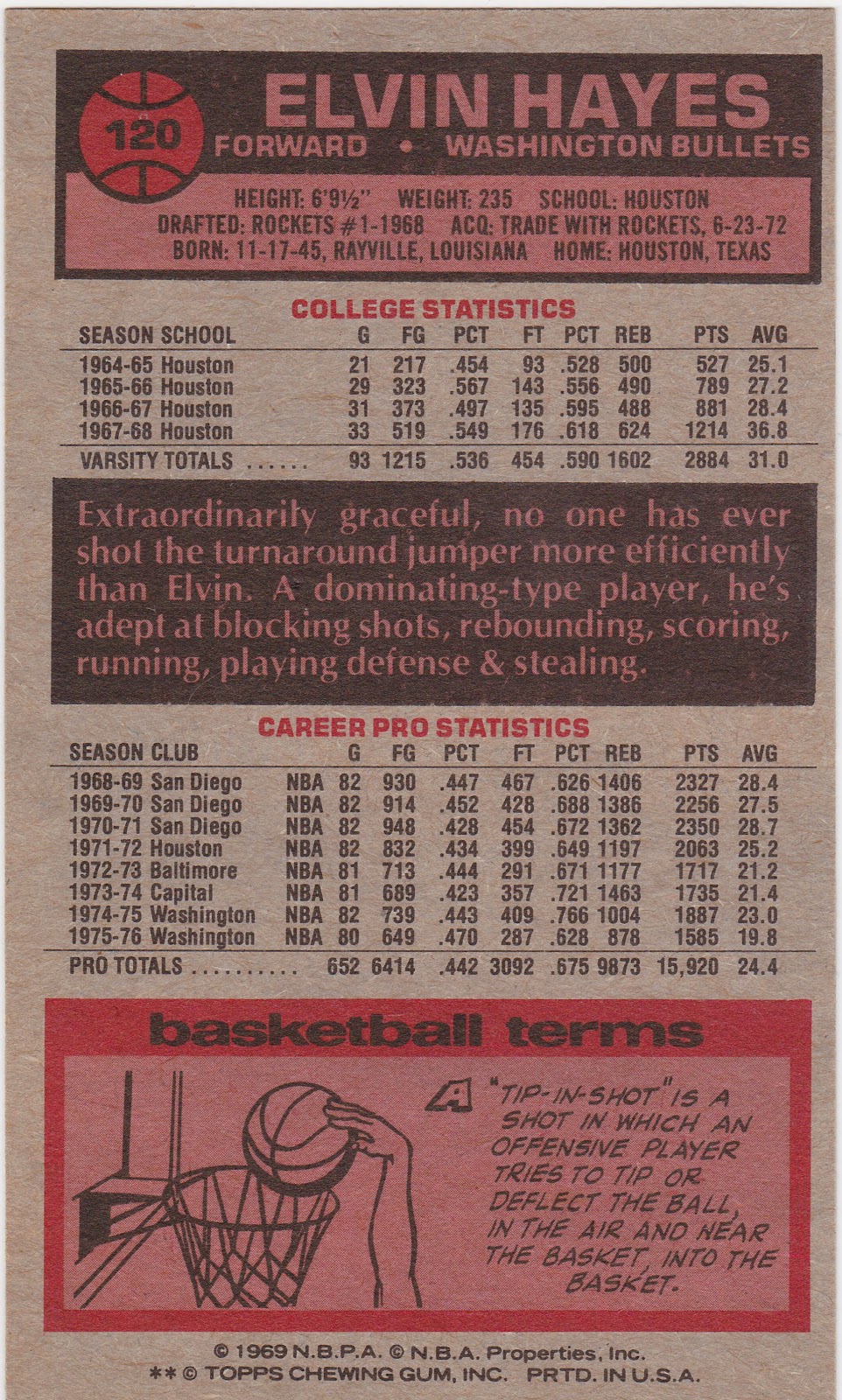 This is the Hayes All Star from the same set. I like this one more I think. Cool picture and the back is kind of neat with the stars containing his highlights. 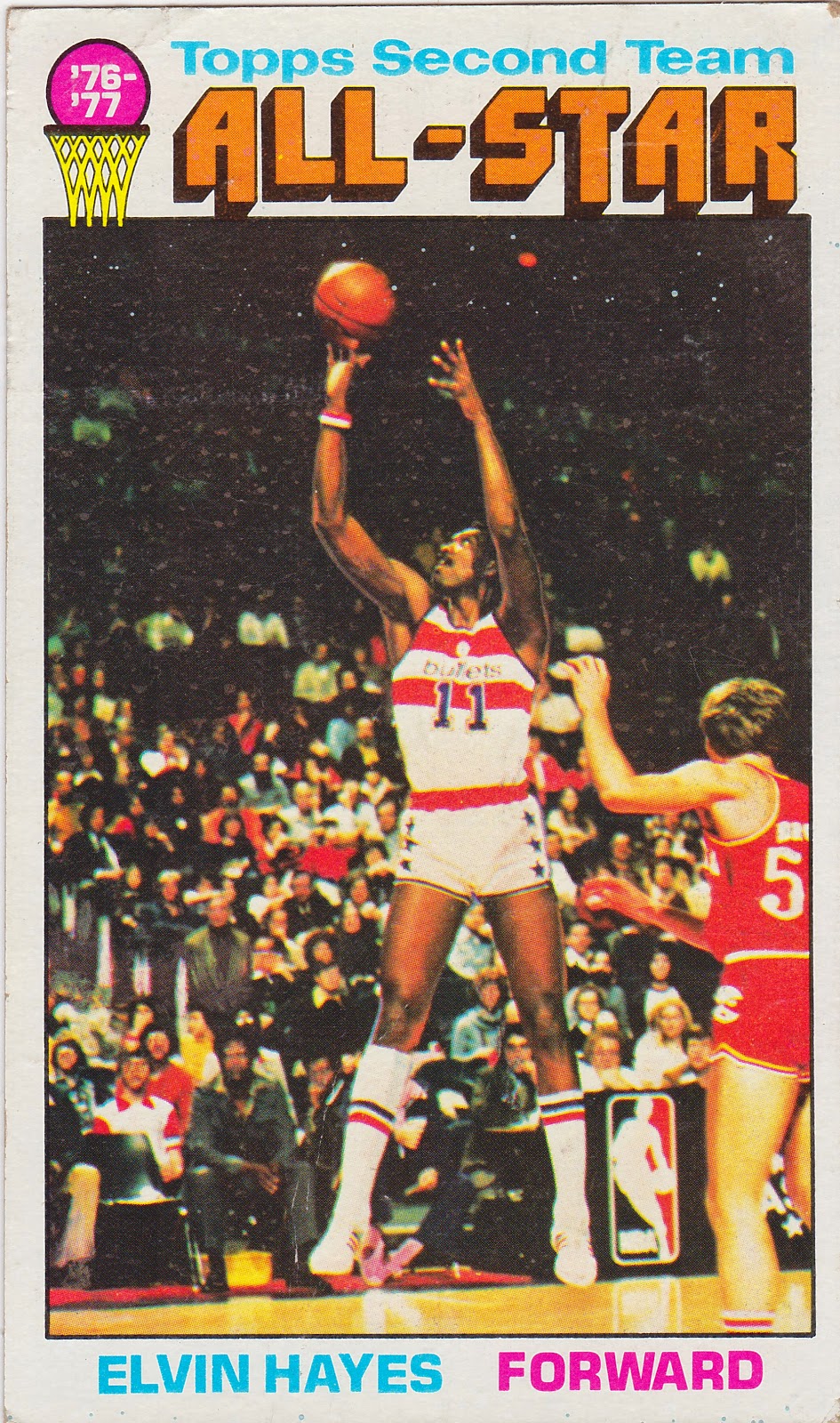 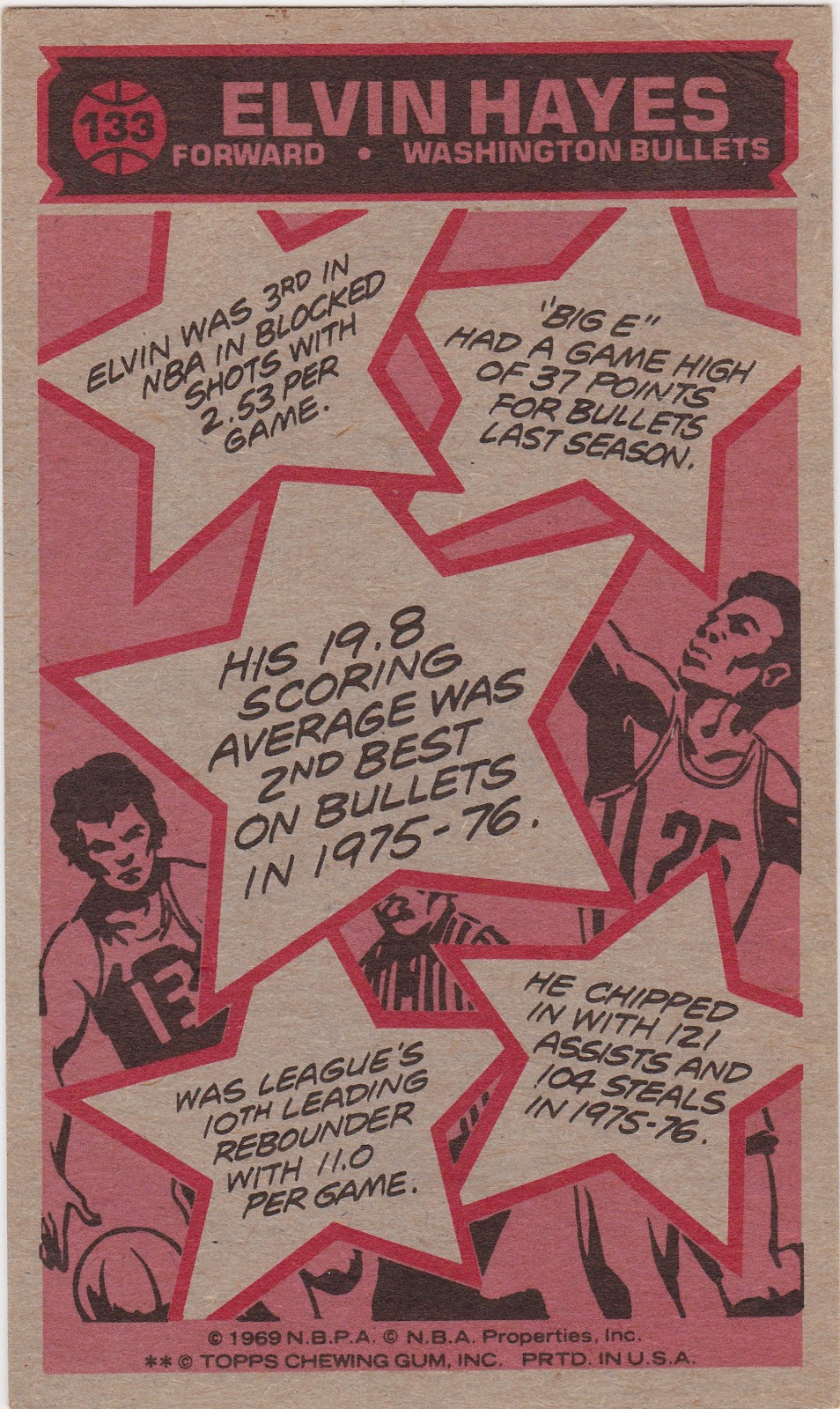 The 79/80 Hayes card proclaims him to be "perhaps the best big forward in history". You'll get no argument from me. 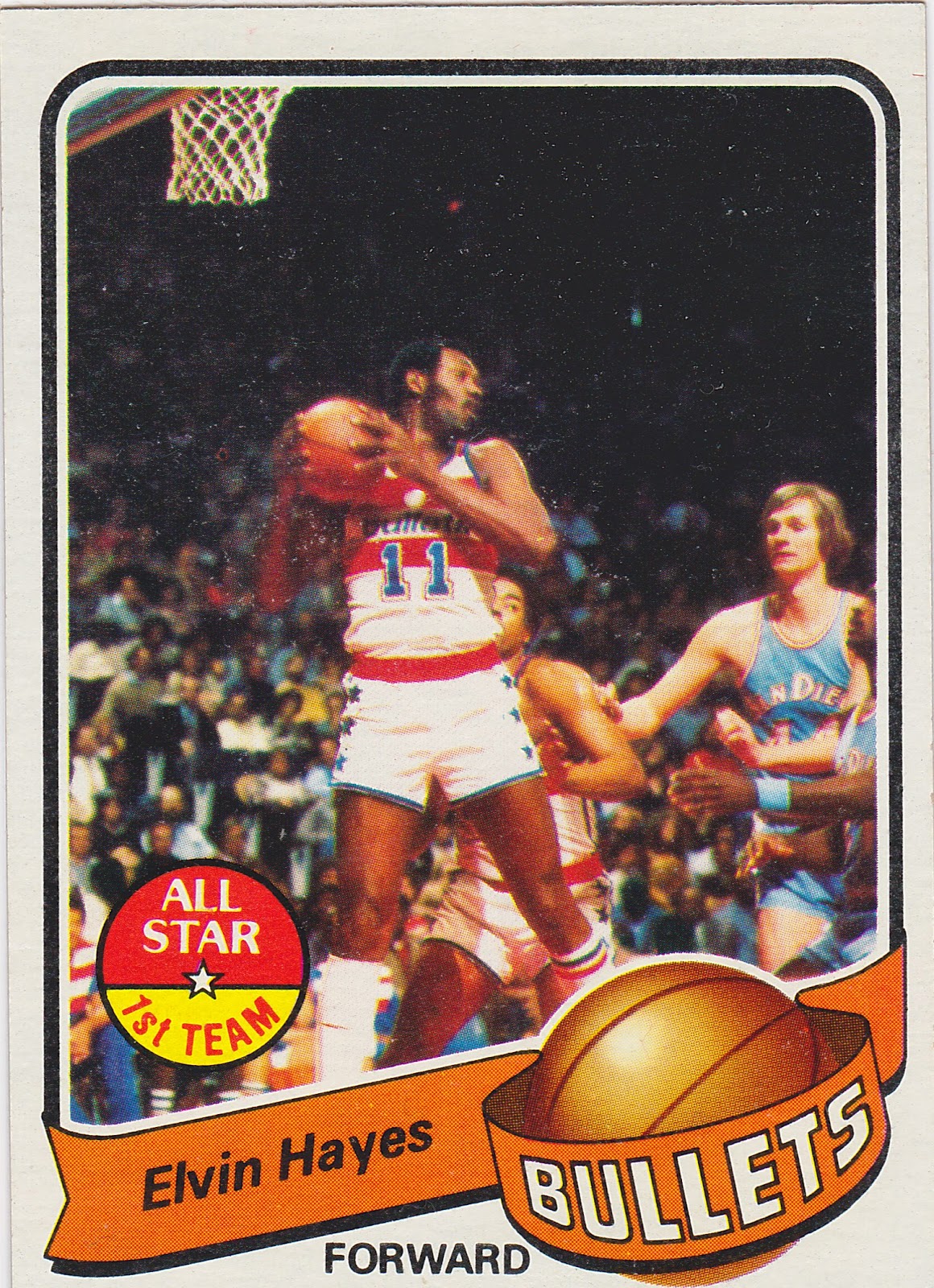 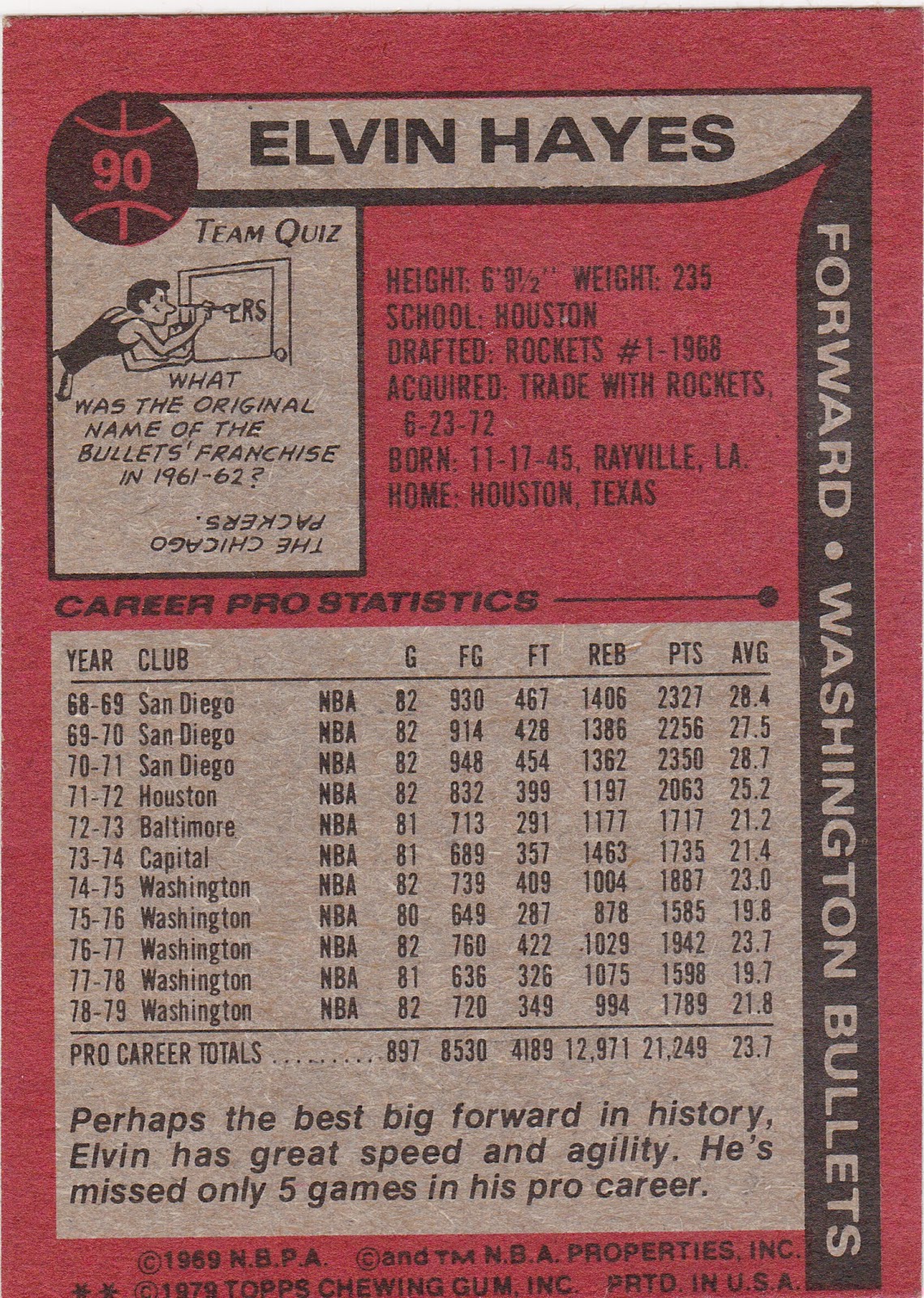 From '71 through '76 Elvin played for two franchises but his uniform over that time went like this:
San Diego->Houston->Baltimore->Capitol->Washington.

The '74 All Star card from Topps shows a pensive Elvin Hayes. Whenever I've seen him he's smiling or very intense. One of the things I admire about him is how he worked to overcome a serious speech impediment. His speech situation caused him to shy away from interactions and made him come off as either aloof or terribly shy. You'd never know he had that issue if you spoke to him today. 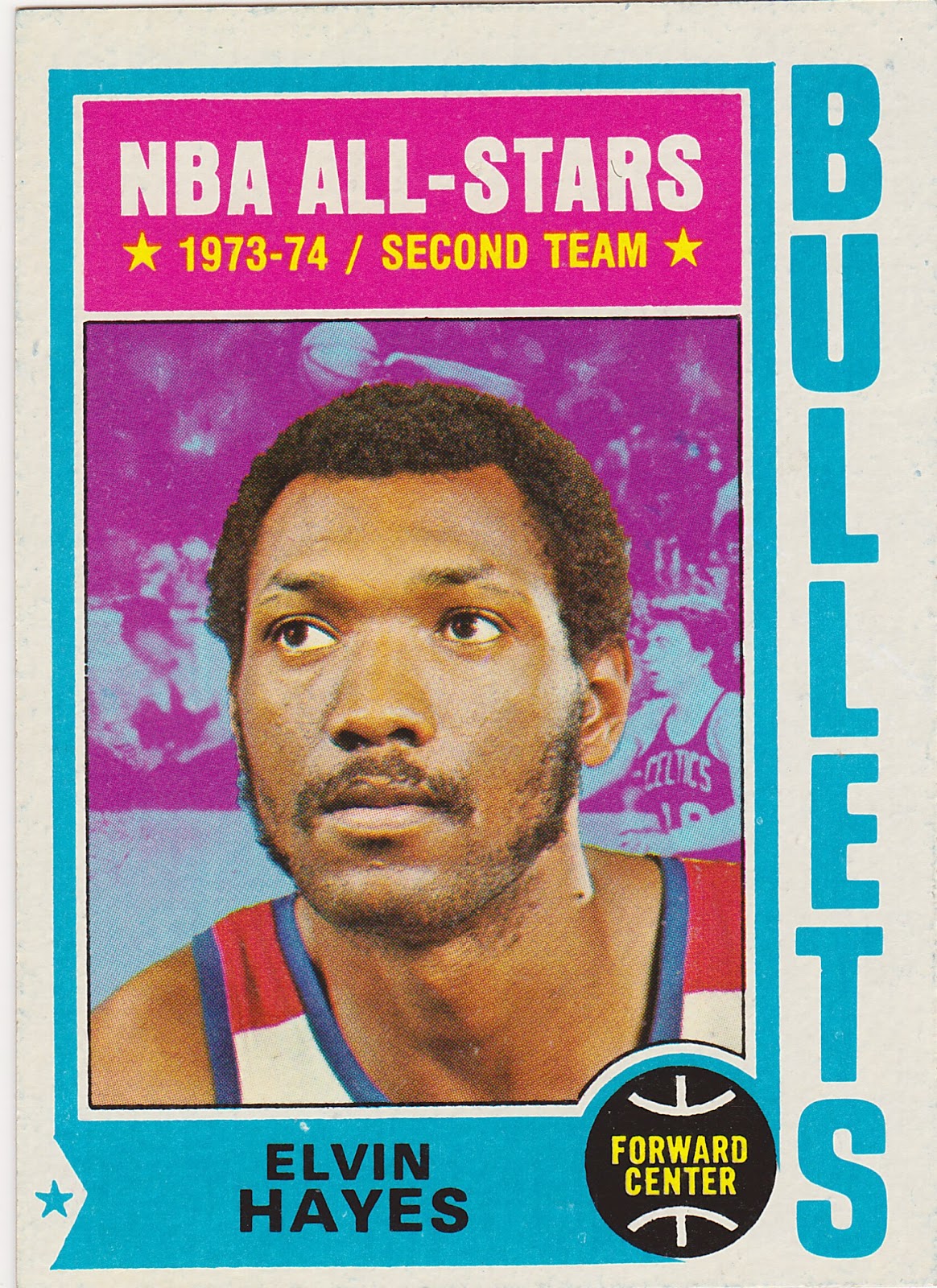 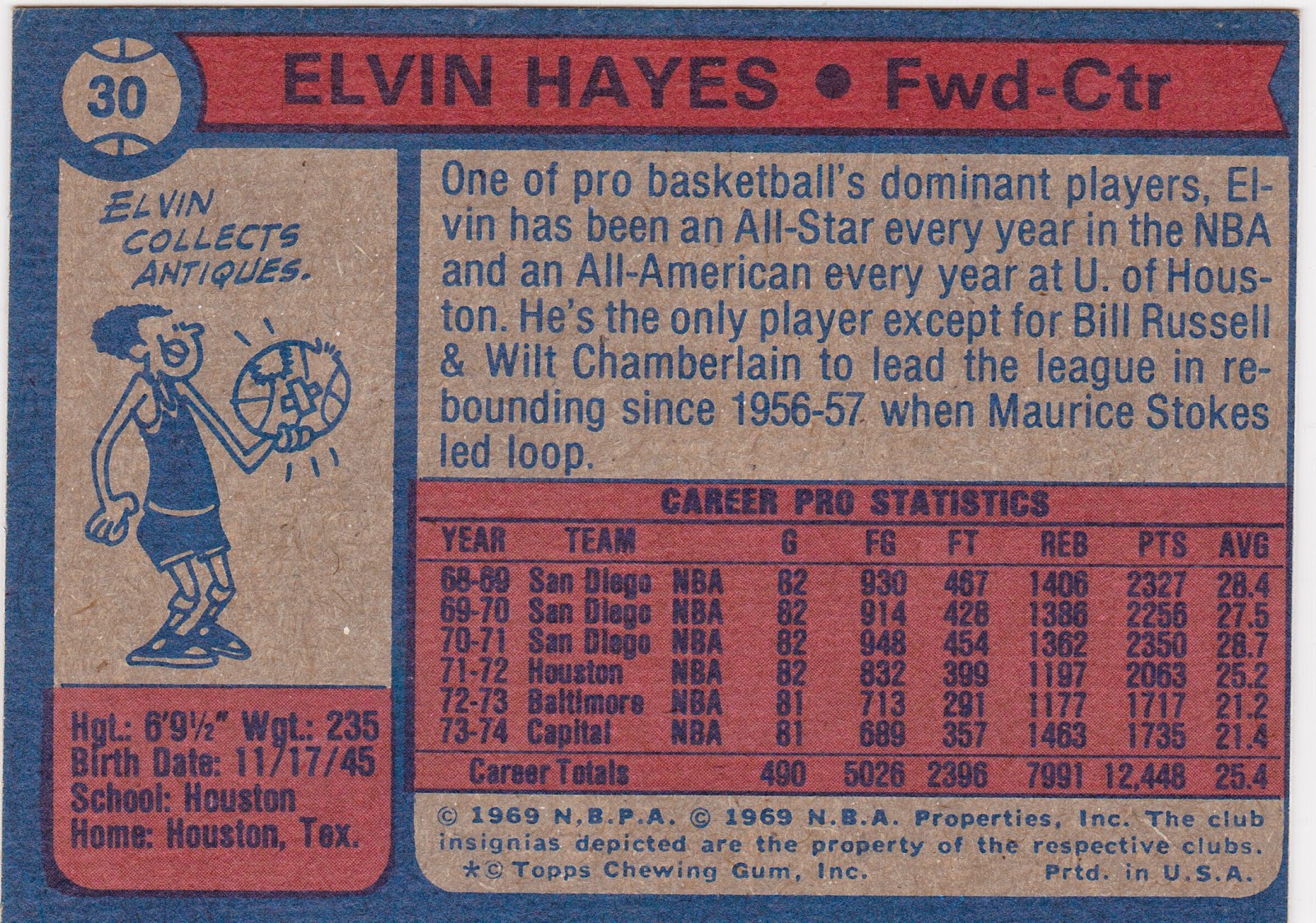 My favorite Elvin Hayes story was one he repeated at the Guy Lewis Hall of Fame Induction ceremony I attended last fall. After he signed to play for Guy at UH the Lewis', that is Guy and his daughter, drove to Rayville, Louisiana  to pick him up and take him to Houston. Hayes sat in the back seat with Guy's daughter praying that they wouldn't be stopped by a Louisiana lawman because he assumed he'd be in a world of hurt for being with a white girl. Elvin's version is much funnier than mine but at the same time it says a lot about the way things have changed in 50 years (or have they?).

Here is the last one for this post. It's his '72-'73 card showing him as a Bullet but he's wearing a Rockets jersey as evidenced by the red and yellow piping. Watching him play back here in Houston was a lot of fun. I wish that era had lasted longer than a season. 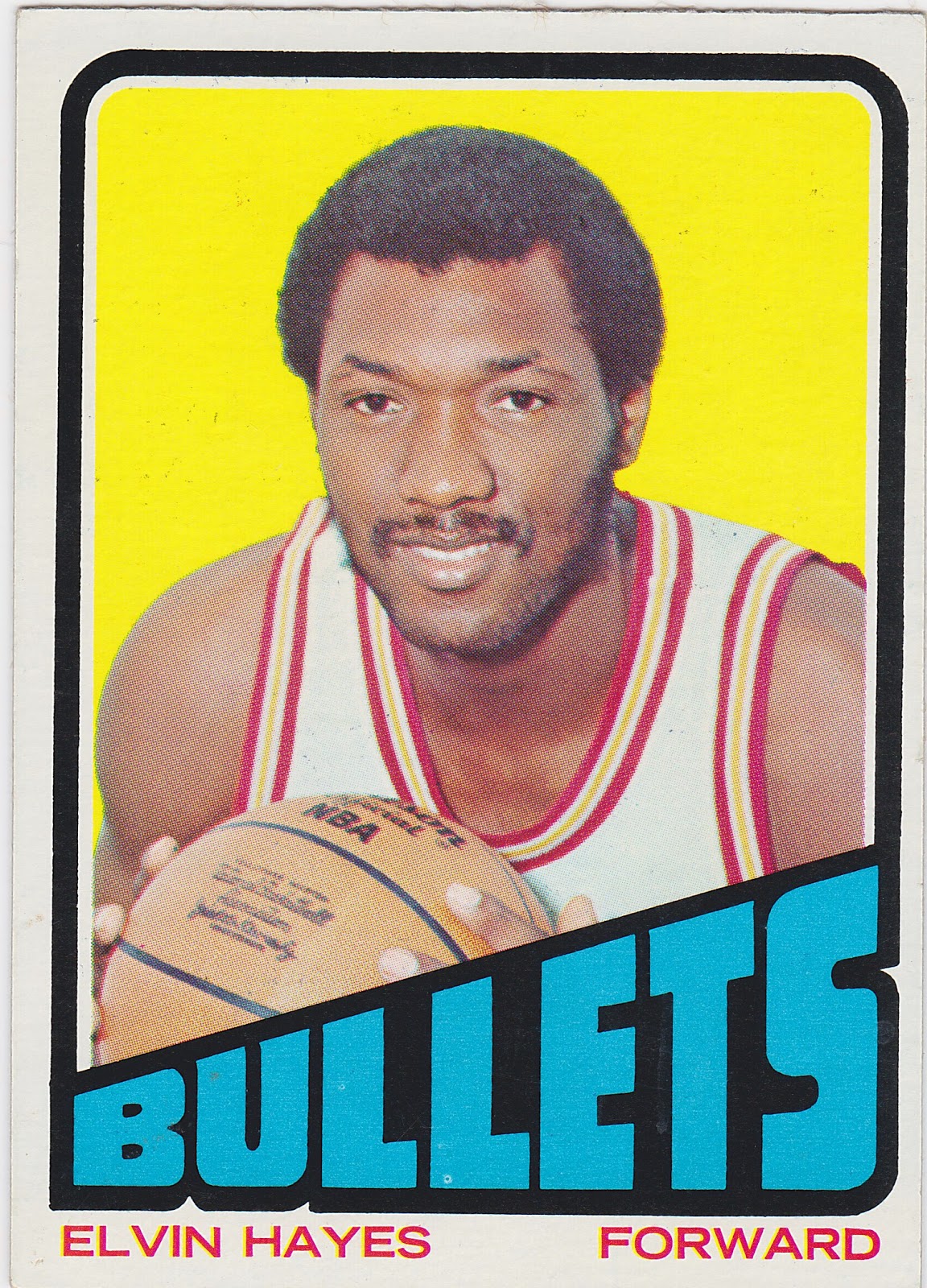 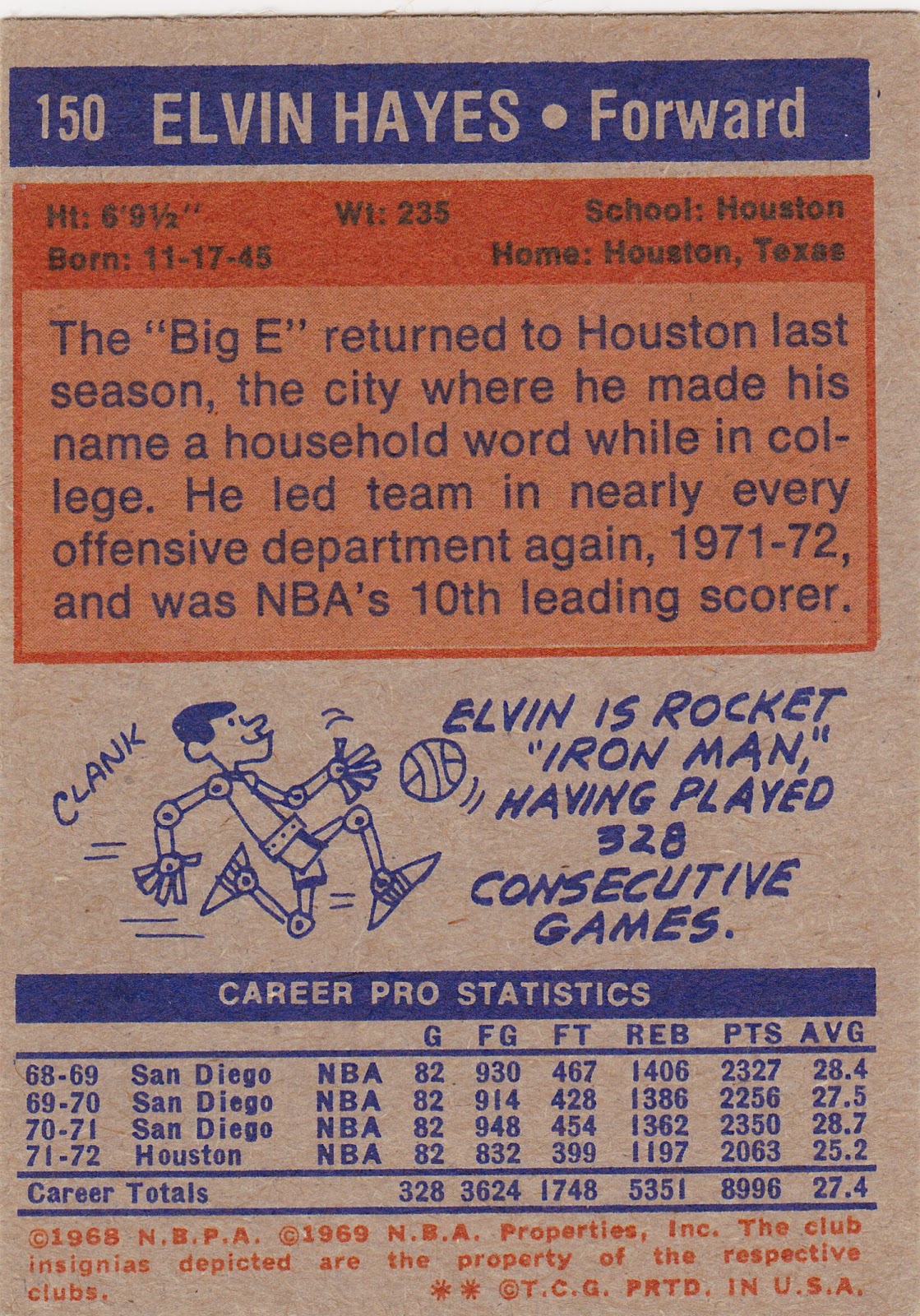