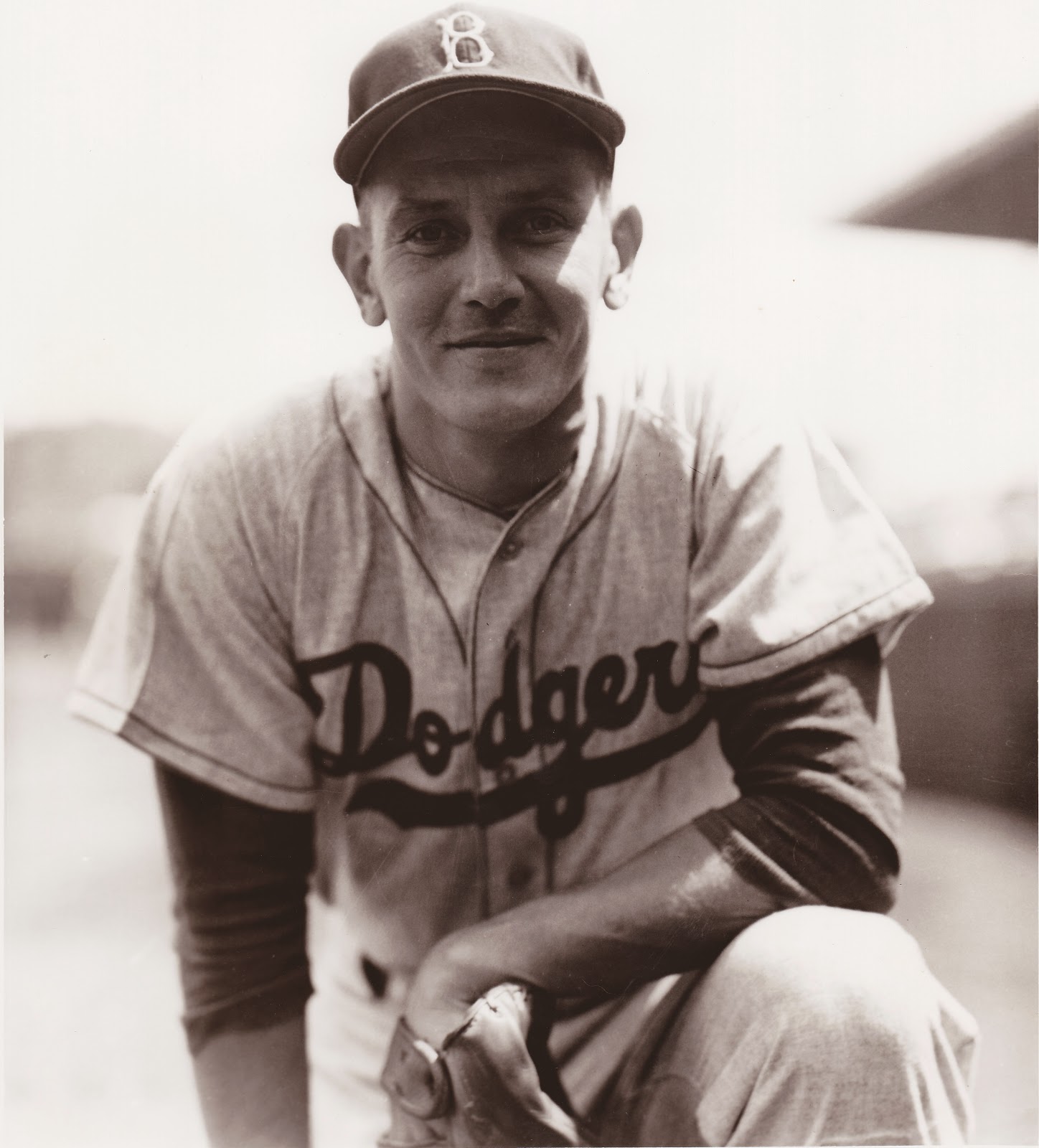 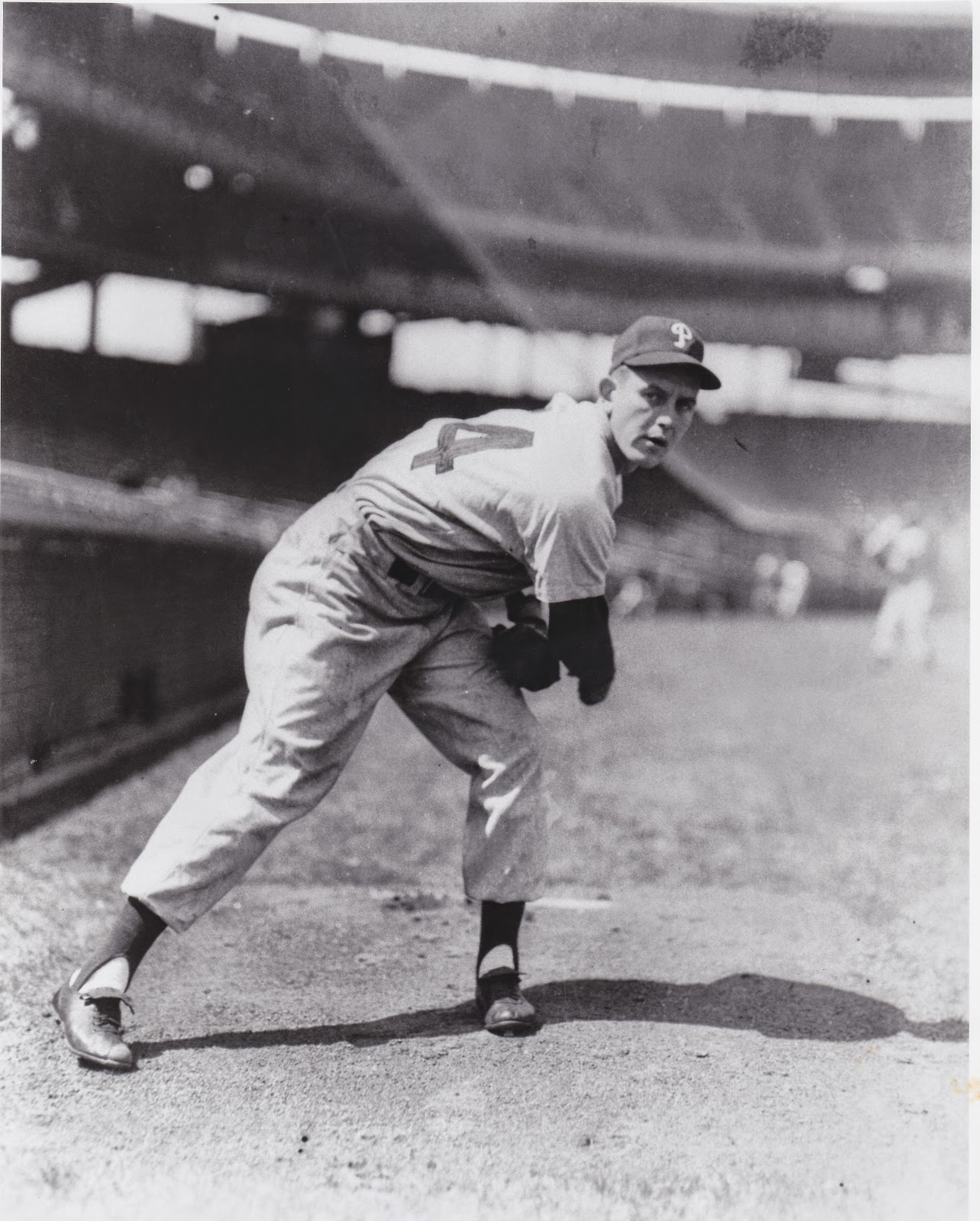 Here is another gift from my friend Mike M. who I met through these blogs. This is a nice pair of Russ Meyer 8x10's. Mike is from Chicago and was lucky enough to have met and conversed with Meyer several times in the years before he passed away. From what Mike has told me Russ Meyer never lost the personality that made him such a unique character during his big league days.

Meyer was a member of both the Phillies 'Whiz Kids' club and the Dodgers teams that became known as the 'Boys of Summer'. These two classic pictures show him in those two uniforms.

I have an ever expanding (though still modest) Meyer collection. As I've noted previously (here and particularly here) Meyer knew how to have a good time and definitely earned his "Mad Monk" nickname.

My newest Meyer card is his '56 Topps. It's pretty choice except for the ragged bottom border and I probably over paid but I really like the card so I can't complain.

Thanks, Mike. Your generosity is very much appreciated. 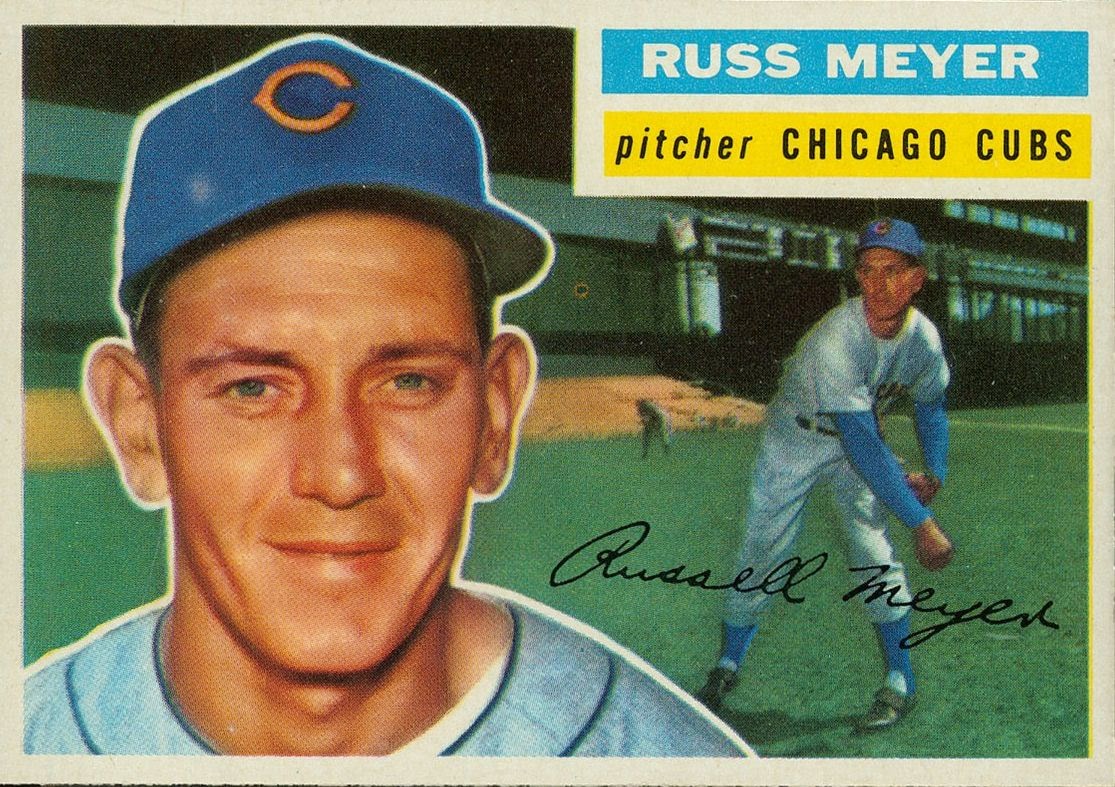