Along with the Jackie Jensen and Bob Friend 1958 All Star cards I posted last week I also picked up this '56 Jensen card. 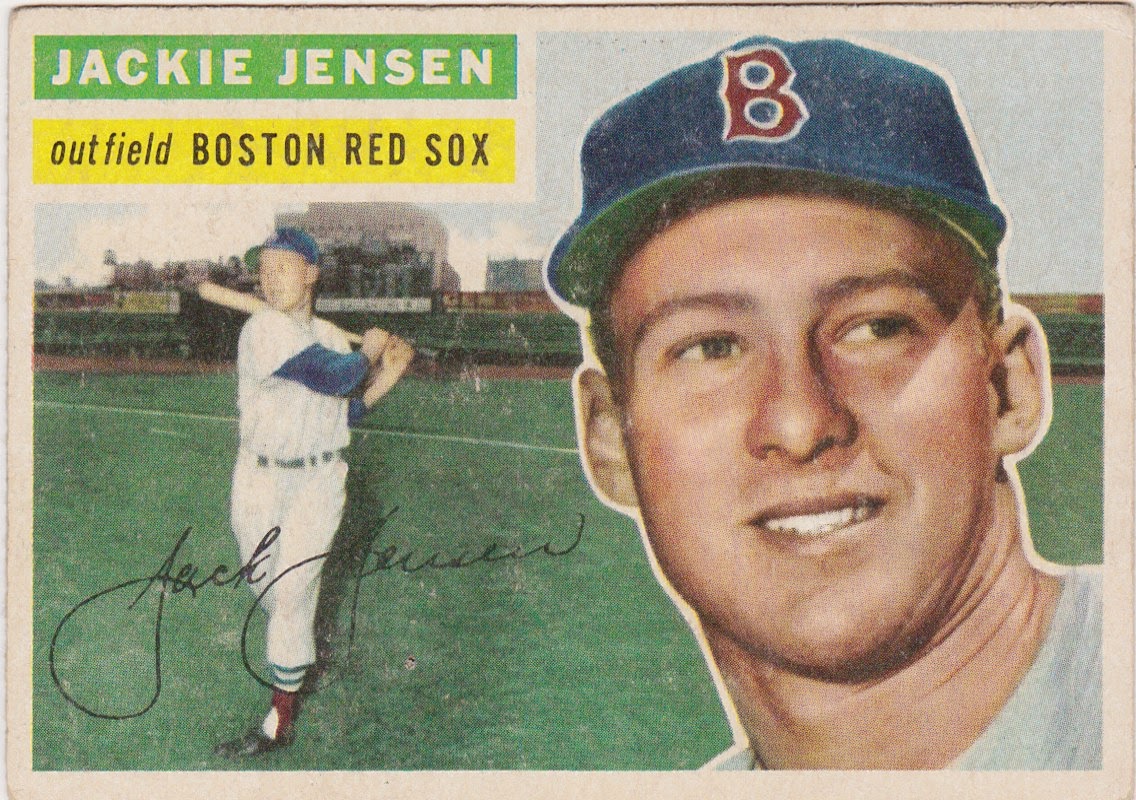 No need for me to sing the praises of the 1956 Topps set. I don't know anyone who doesn't appreciate it. As much as I like the fronts with the two photos it's the three cartoons on the back that make this one so much fun. 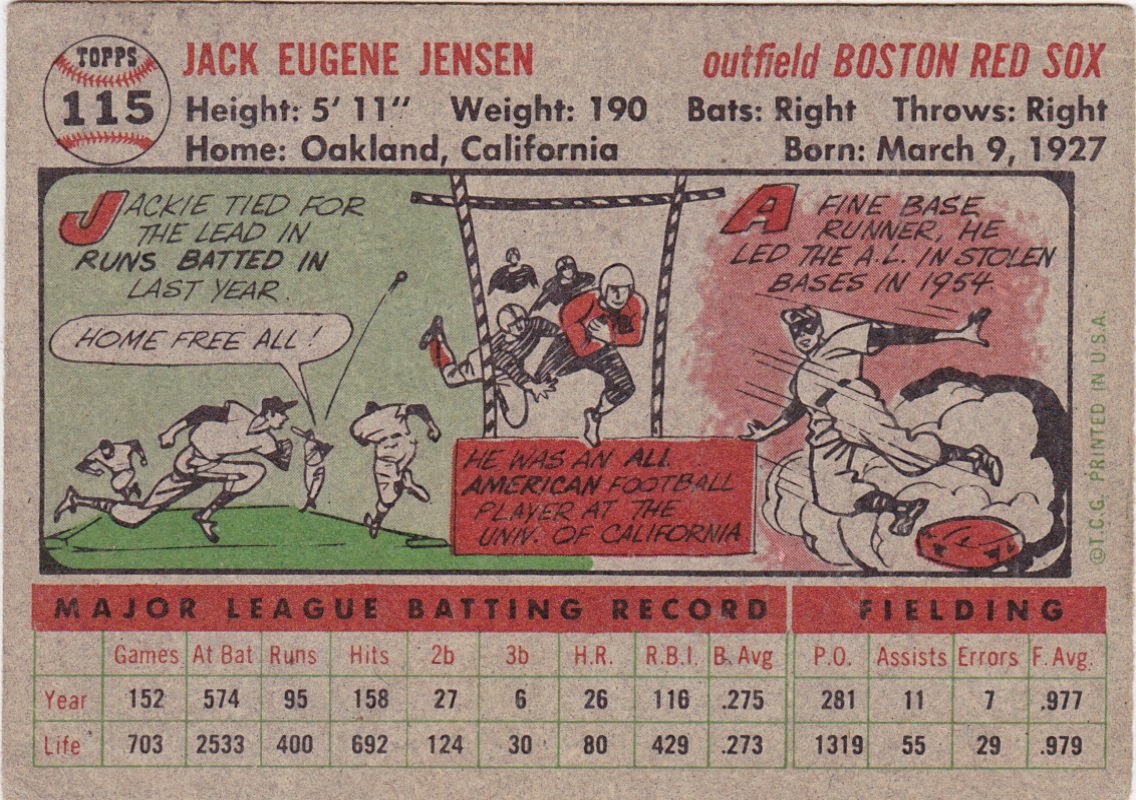 Here is a closer look at the cartoons on the back of the Jensen.

Below is the 1961 Topps Jensen MVP card. That year Topps had a subset that featured the MVPs from the decade of the 50s. It's a pretty neat group of cards and I have a couple but I'm calling a halt to adding any new 'mini collection pursuits' until I finish off the ones I'm chasing now.

In 1961 Jensen was making a 'comeback' after having 'retired' prior to the 1960 season. He won back his place as the Red Sox' regular rightfielder but his numbers, while respectable, were way off his previous standard and he hung up his glove for good after that final year. 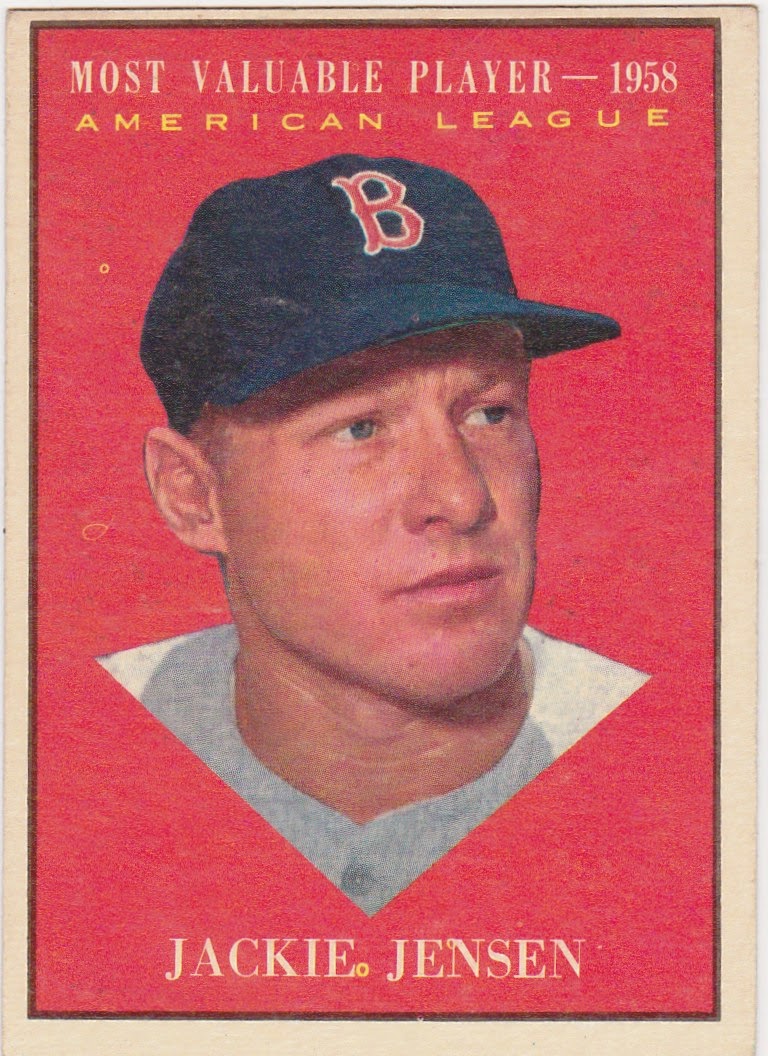 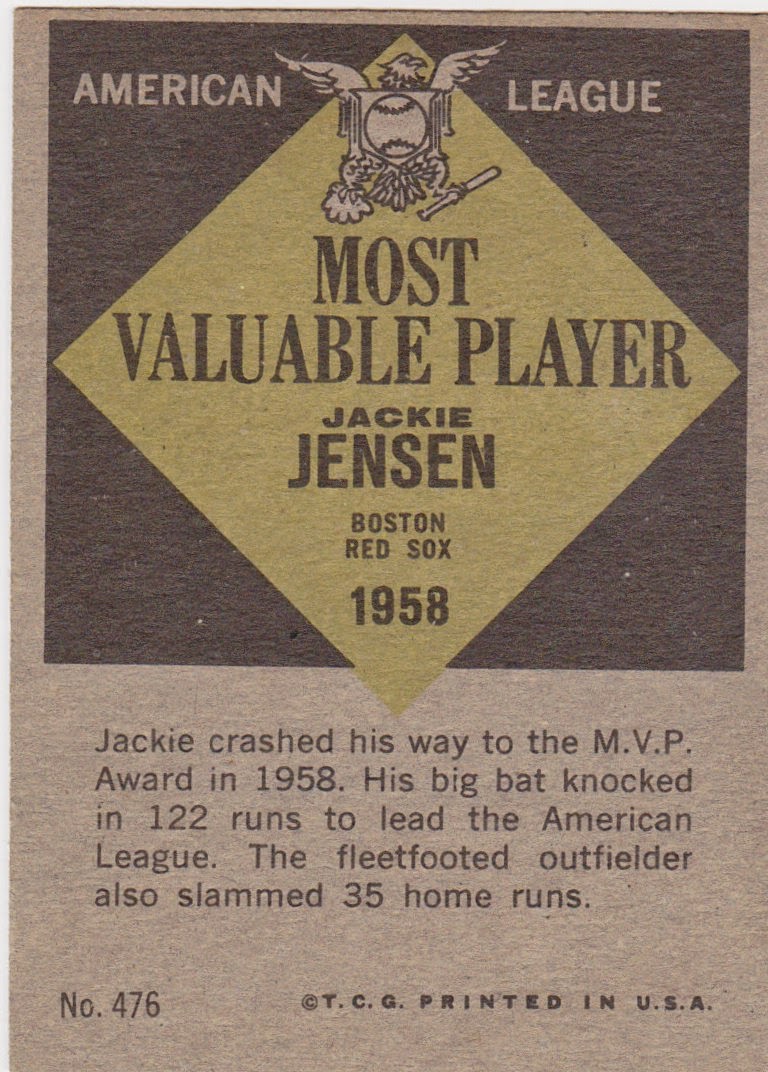