Moose and his friends 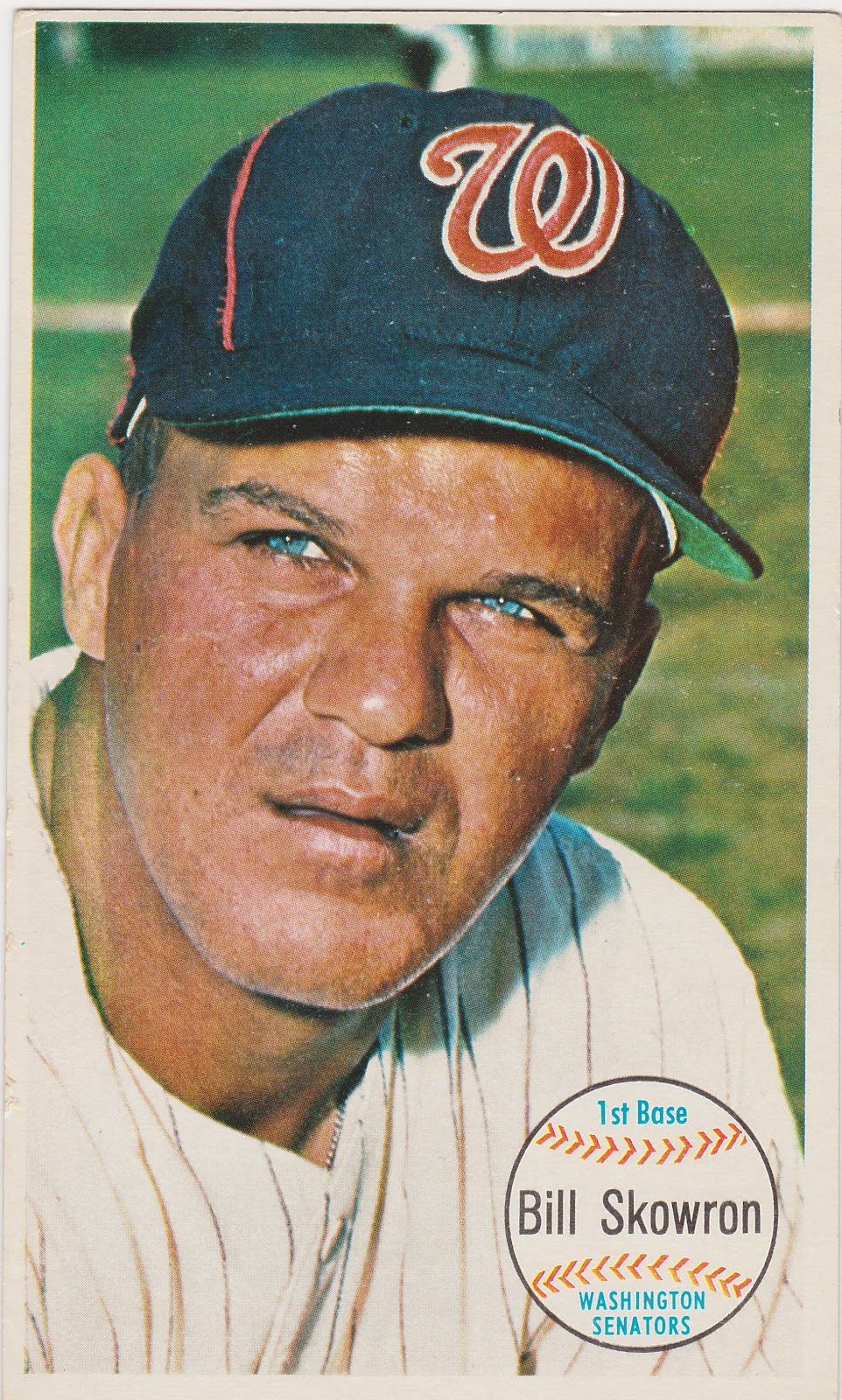 I always picture Moose Skowron in a Yankee uniform, sometimes as a White Sox but not ever as a Senator. But here he is on his '64 Topps Giants card. He just arrived with these four of his friends to bring my number of missing cards in this set to five.

Granted those five include four real stars, Clemente, Mantle, Mays and Aaron. Dick Stuart is the fifth of the group. But those cards are not really expensive. It's just a matter of me digging around the net to find acceptable examples at decent prices. I'll knock it off this summer.

Meanwhile here is the rest of the group fo short prints that came with the Moose.

Bucs' ace Bob Friend rocking what looks to be the rubber windbreaker under his jersey. Back then guys actually showed up at Spring Training needing to get in shape. 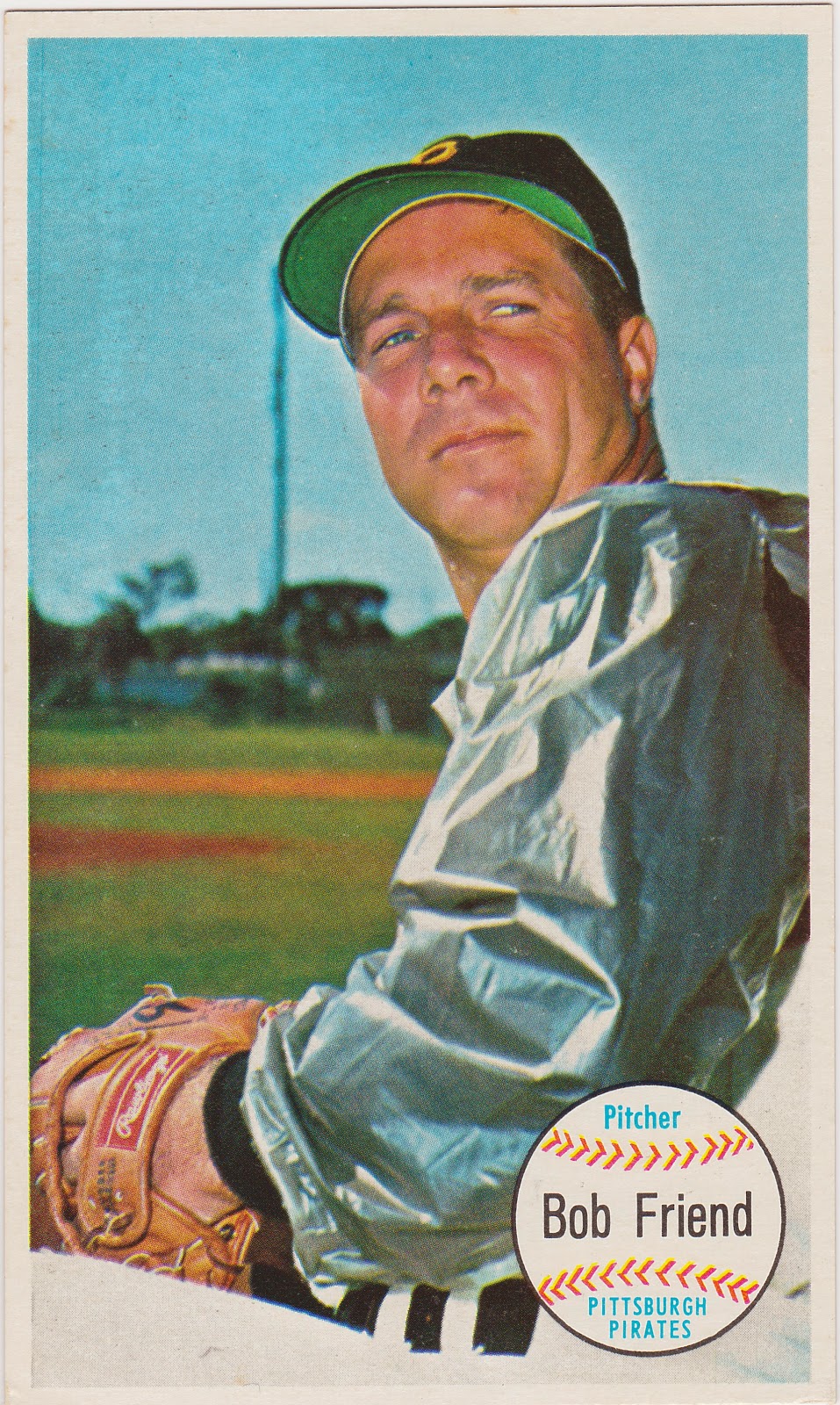 Elston Howard. He was likely my first in-person autograph. I told that story over on my 1959 Topps blog. 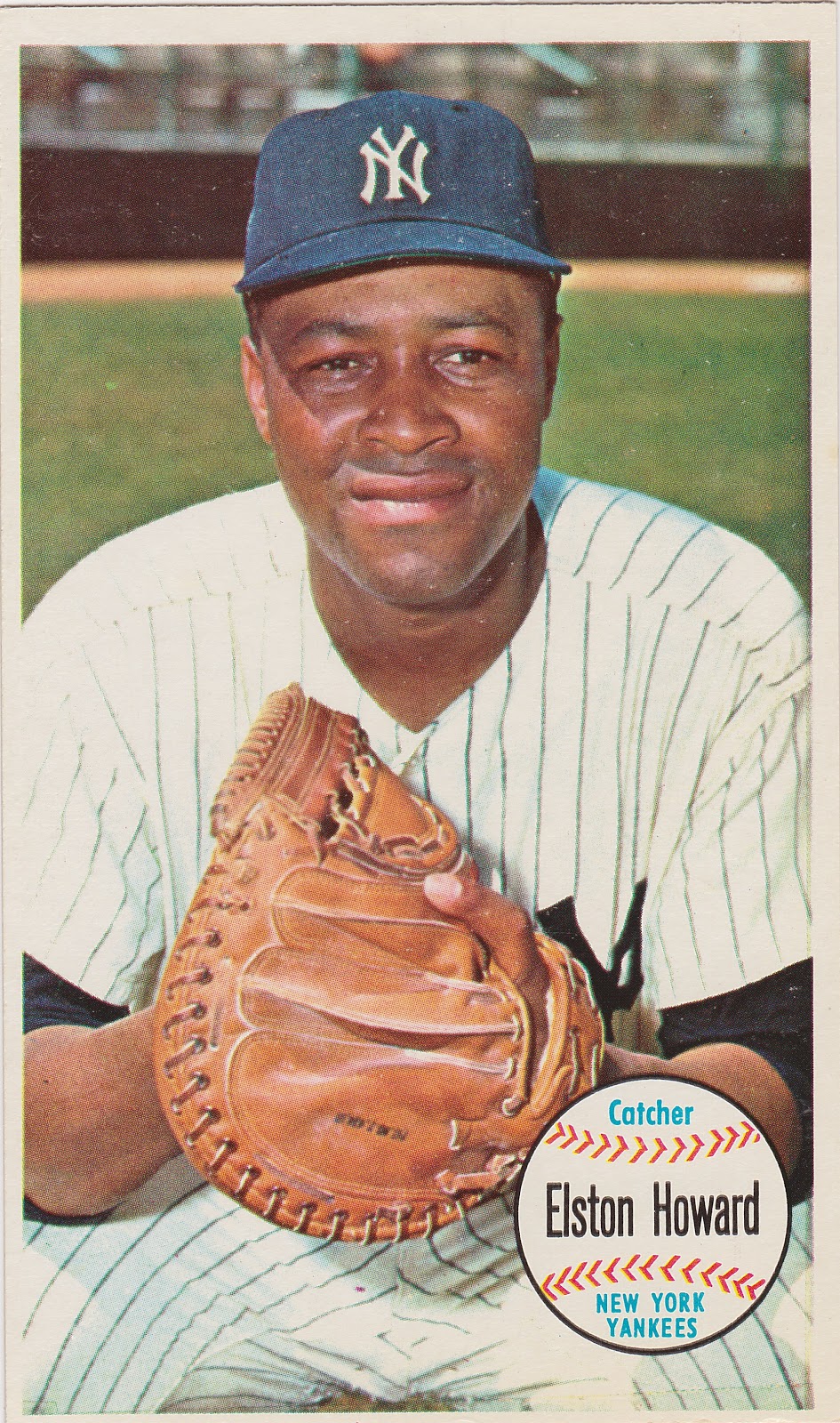 Wayne Causey was an Oriole signee and played parts of three seasons with them. He had a couple of pretty solid season with the Athletics in '63-'64. 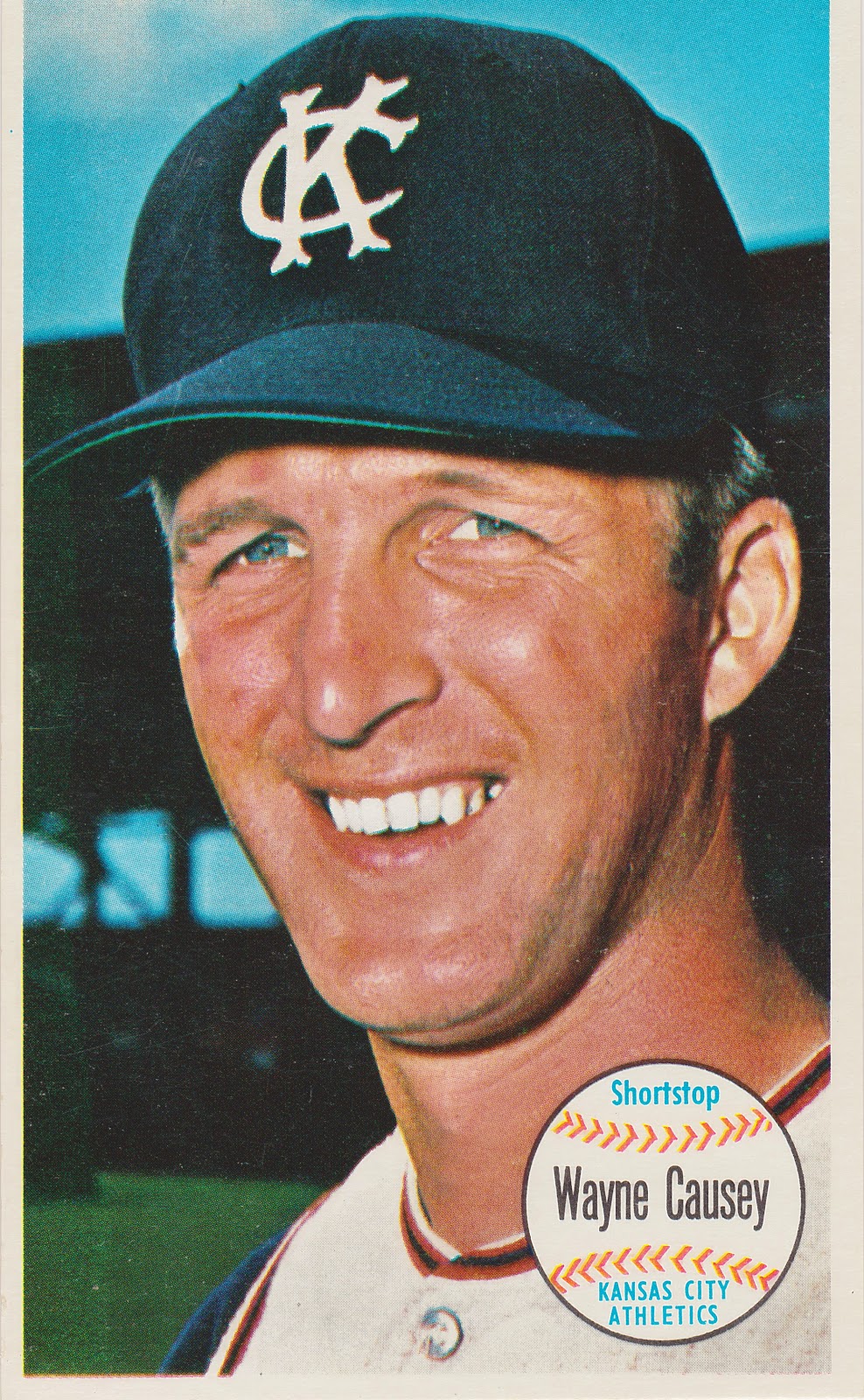 Galen Cisco was coming off a 15 loss season when this '64 was issued and he went on to lose 19 that year. But his numbers show he pitched better than his record. He never won more than seven games in a season but he learned enough about the game to coach in the majors for 30 years. He has two sons and a grandson who played pro ball. 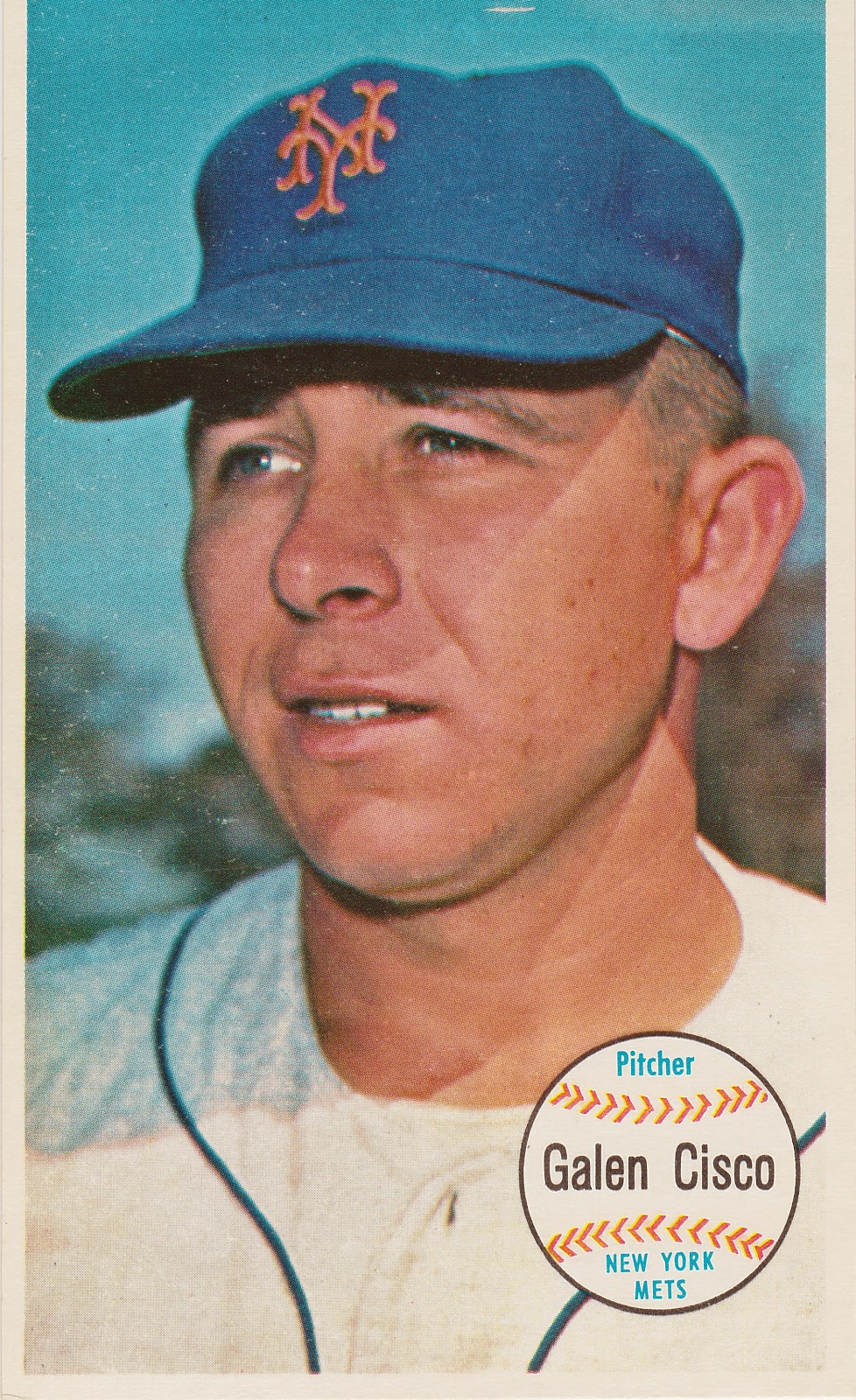