A few more of my '64 Topps Giants Hall of Famers

Here are four more out of this under appreciated set.

Joe Torre is among the most recent H-O-F class and will be inducted this summer. He never got a ton of voting support when he was being considered for his playing career and I think that's a shame because he has excellent numbers, especially when you consider his position. He was a nine time All Star, the NL MVP in 1971 when he hit .363 and led the league in total bases as well as hits and RBI while winning the batting title. But it was his tenure as manager, particularly as Yankee manager, that got him elected by the Veterans Committee.

This shot was taken in the Polo Grounds. 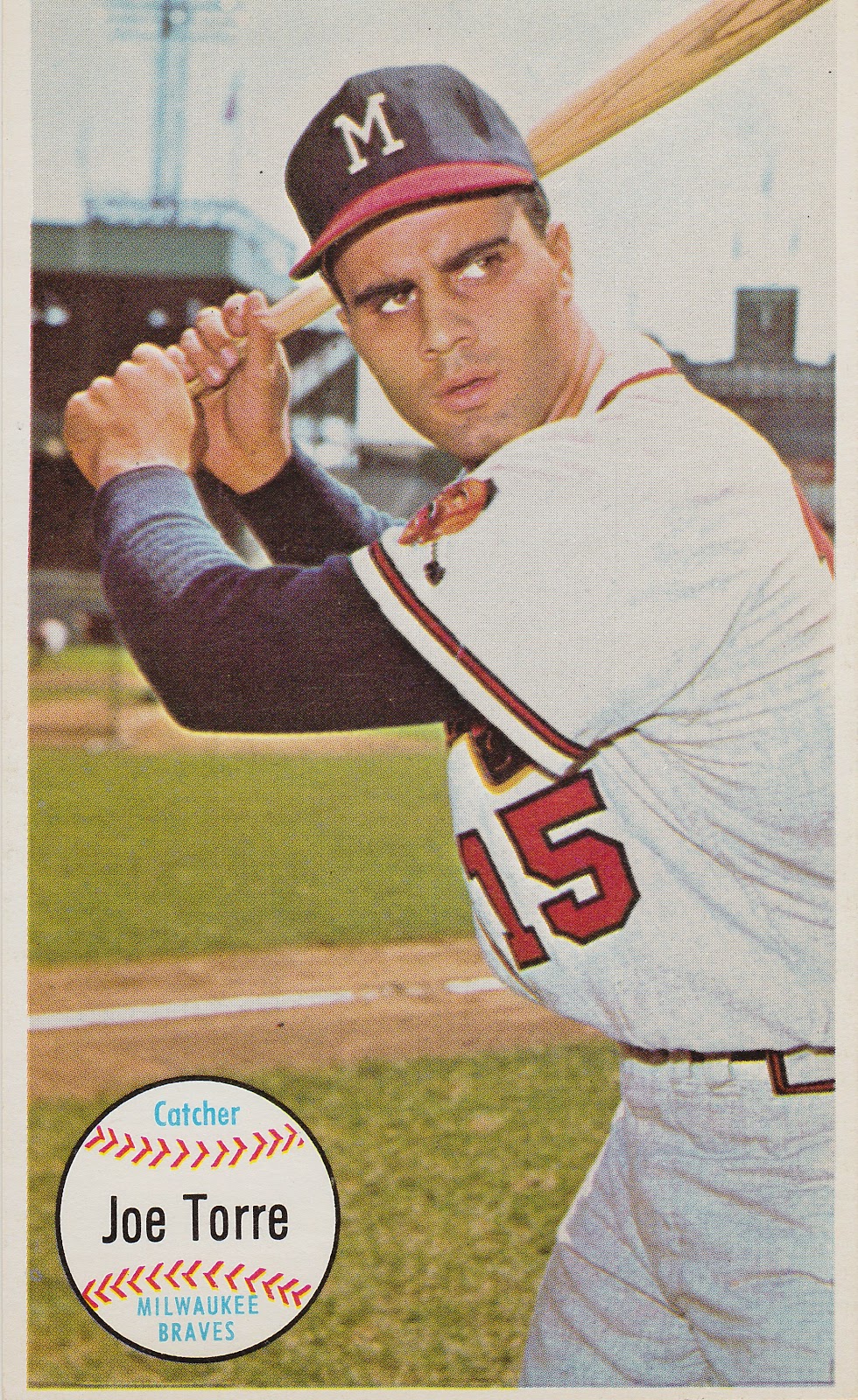 The great Al Kaline. He's a Baltimore native who went to Southern High School which is in the same Federal Hill area of Charm City in which I was born. And, just like me, he never played in the minor leagues (the fact that I never played in the majors is besides the point, isn't it?). I've never heard or read a single negative thing about Kaline. He was called 'Mr. Tiger' and a nickname like that pretty much reflects how much you mean to an organization. 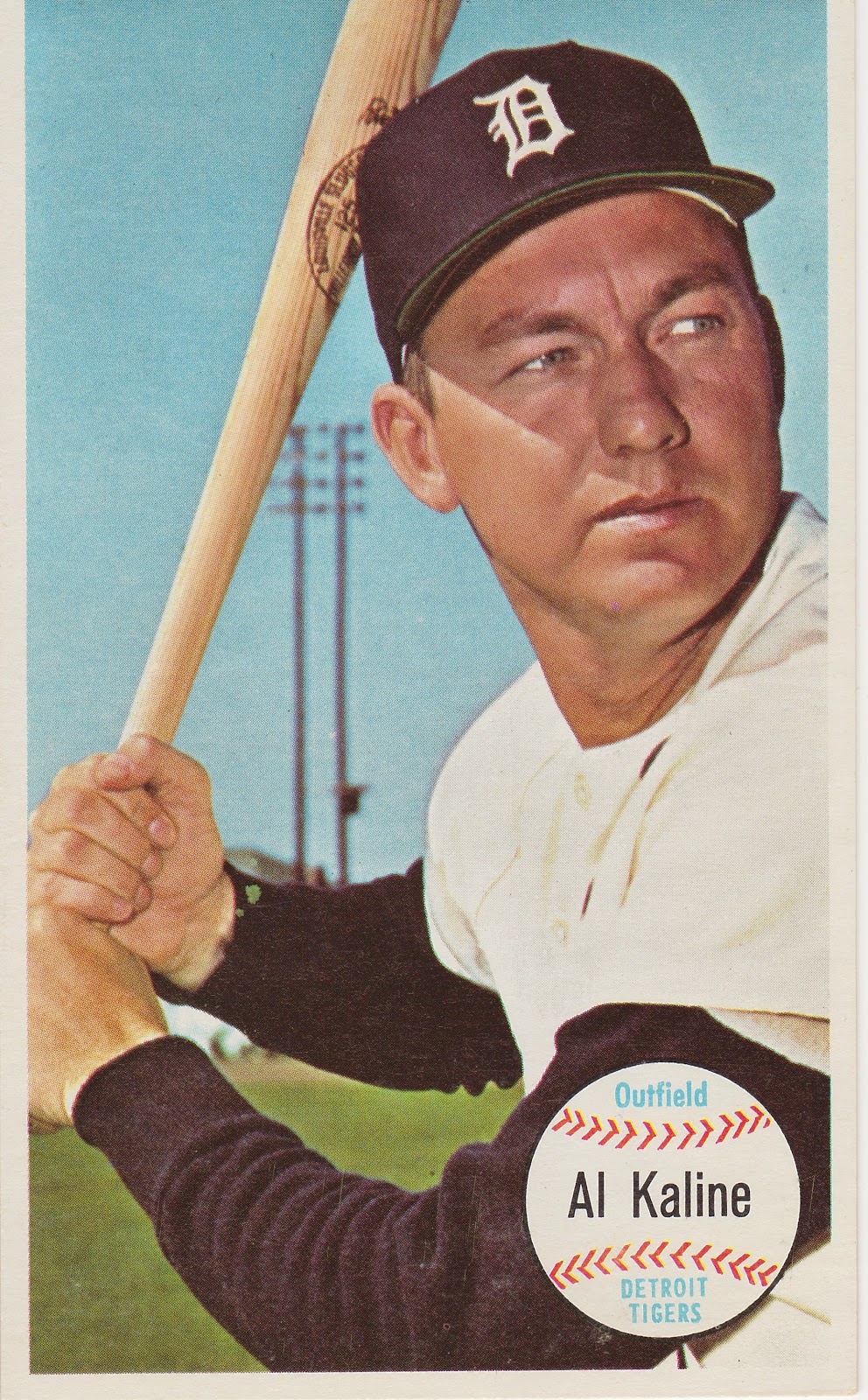 Orlando Cepeda with Shea Stadium behind him. At least I think it's Shea, sure looks like it to me. The placed opened in 1964 so this shot was taken not long before the card was produced. 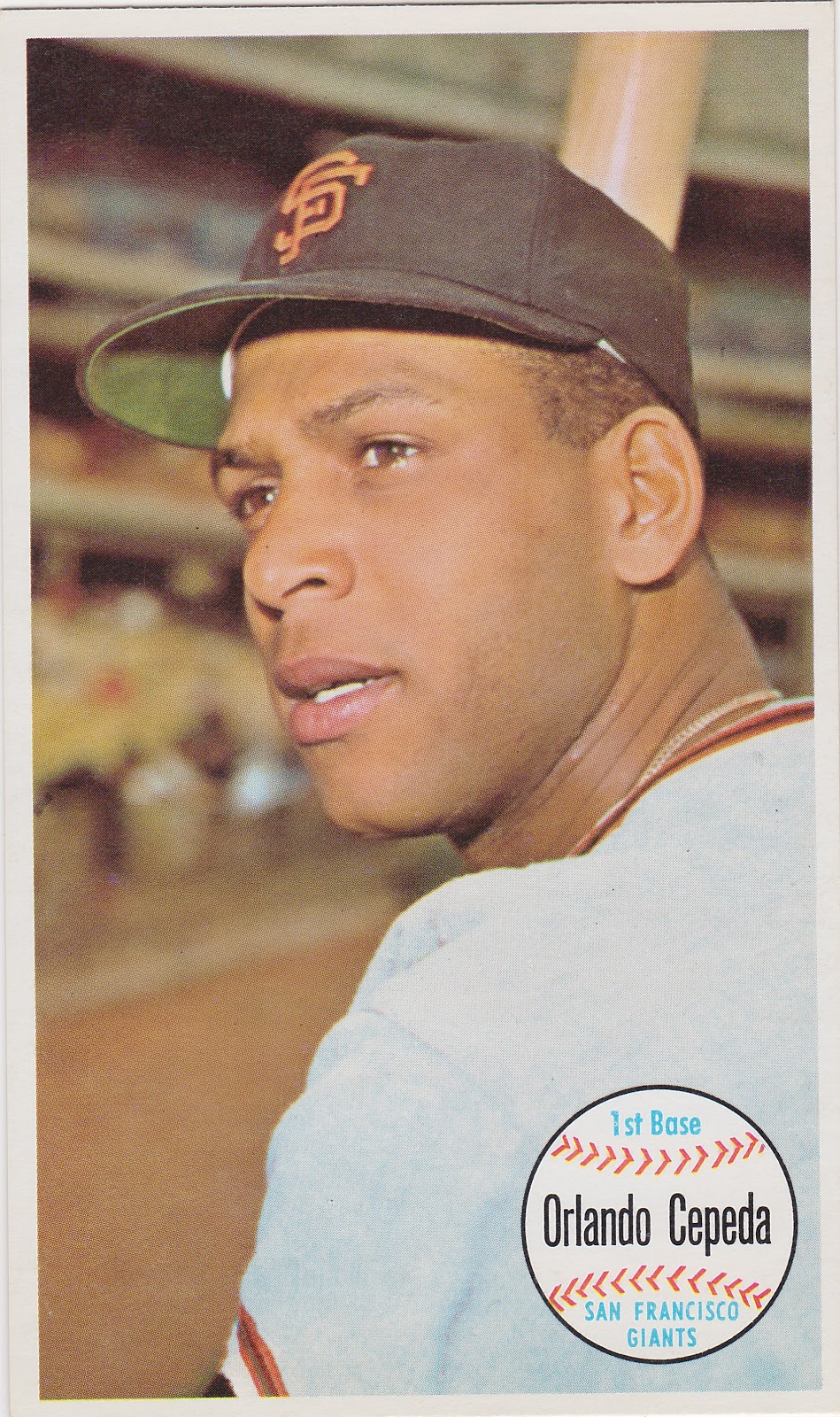 And finally we have Billy Williams. Like Al Kaline he did everything on the field well and yet never was much for the spotlight. 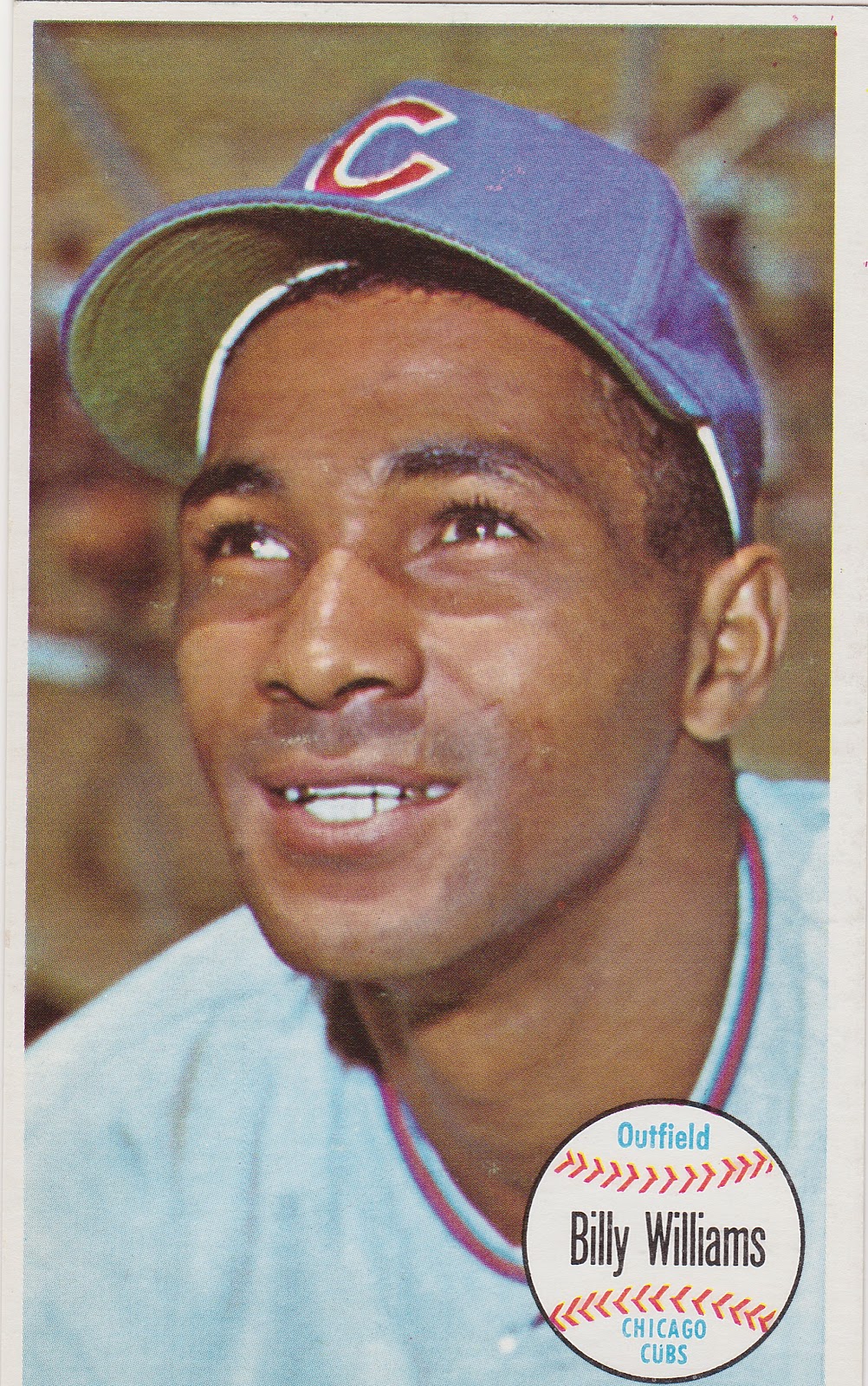